The 4-2-2-2 Formation: Its Uses, Strengths, and Weaknesses 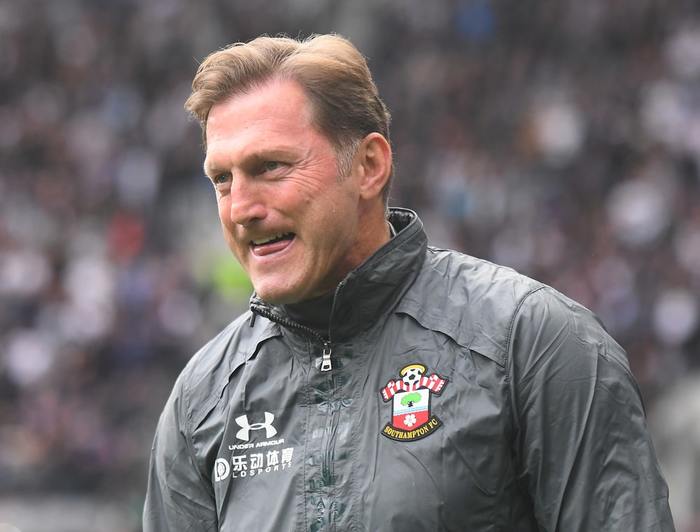 Back in the early days of the Premier League, you'd be hard-pressed to find a top-level English side that wasn't playing 4-4-2. This simplistic formation led many teams to success with its use of two banks of four and a striking partnership. But since then, things have changed.

The 4-4-2 shape has been adapted in many different ways in order to encourage certain passages of play and put emphasis on different areas of the pitch. One popular variation of this structure is 4-2-2-2, which has been used by some of Europe's biggest clubs in recent years.

In this article, we'll explore the strengths and weaknesses of the 4-2-2-2 formation, before diving into some of the best examples of it in action, and finally explaining the most effective ways of lining up against this shape.

Let's start with the basics. The 4-2-2-2 shape uses a traditional back four made up of two central defenders, a right-back, and a left-back. In front of that back line is a double pivot of two central defensive midfielders whose primary job is to protect the defense and help build possession up from the back. 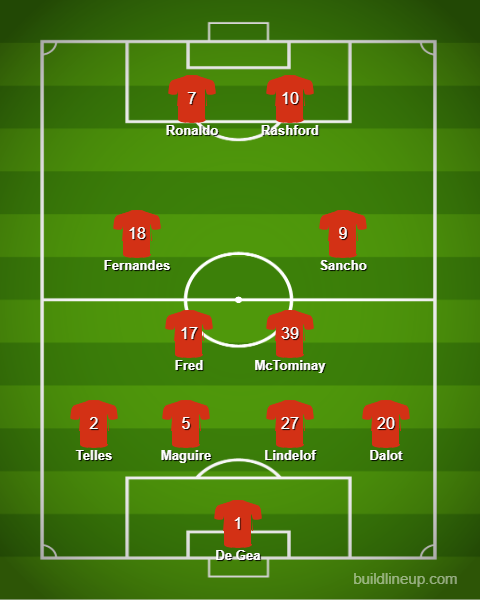 Next up in the compartmentalized midfield is another bank of 2, this time a little wider and more offensive. The 2 attacking midfielders in a 4-2-2-2 aren't quite central midfielders, although they don't usually operate wide enough to be called wingers either. Instead, they work between the lines, supporting the two central strikers and linking them with the midfield behind.

Those two center forwards are tasked with combining fluidly with each other, pressing the opposition back line, holding up the ball, and bringing attacking midfield teammates into play.

First popularized by Flávio Costa's free-flowing Brazilian sides of the 1950s, this shape cemented its status in South America before being adopted by various European sides following France's Euro 1984 win using this formation.

And in the same way that Carlo Ancelotti's favored 4-3-2-1 formation is often called the "Christmas Tree" shape, the 4-2-2-2 also has a special name of its own: the magic rectangle or magic square. So what's so magic about it?

The 4-2-2-2 formation is designed to create central overloads in dangerous positions around the opposition’s central midfielders, allowing teams to progress effectively through the middle of the pitch. By narrowing the midfield while simultaneously providing support via a double pivot, the 4-2-2-2 shape can help teams dominate and overwhelm midfield areas.

Having 2 forwards high up the pitch at all times is another clear advantage. The two strikers are able to link play with midfield runners, drop off short to create space, and crucially, finish chances, but their job extends beyond all this. They're also responsible for occupying the opposing center-backs, and against a back four, they can do real damage here, preventing teams from building from the back and discouraging defenders from stepping into midfield to compete for the ball.

Meanwhile, plenty of defensive cover is provided in central spaces via the 2 CDMs and center-backs. This allows the full-backs in a 4-2-2-2 system to provide attacking width, moving ahead of the double pivot to provide options going forward.

In offensive terms, the two attacking midfielders, or number 10s, are the primary creators. They aim to receive the ball in positions between the lines, linking the more defensive players behind them with the two forwards up ahead. They also offer a goal threat themselves, pushing forward during counter-attacks and team moves to pick up second balls and shoot from distance. Moving wide into crossing positions or making decoy runs in aid of the full-back is another option.

As you'll see, the 4-2-2-2 formation offers a huge amount of attacking flexibility, while maintaining a strong degree of defensive solidity, particularly in central areas. So what are the disadvantages of this shape?

Perhaps the most notable weakness of the 4-2-2-2 system is its lack of natural width in attack. With no wingers and the midfield four split into two relatively narrow units, the full-backs are relied upon a lot to provide attacking width, and many wide defenders simply aren't cut out for this role.

As a result, launching a counter attack out wide can become difficult, and additional movements from central players are necessary. For instance, when full-backs push on, central defenders are forced to cover wide areas, because it's often very difficult for the midfield double pivot to get there in time. This can create a detached or stretched defensive line, especially when the defense is forced to deal with quick, direct counter-attacks.

And while 4-2-2-2 can be effective when it comes to mounting counter-attacks and threatening in transition, it is not a very useful formation when it comes to keeping possession and looking after the ball for sustained periods. In these kinds of situations, players can end up blocking each other off due to the fact that they're on the same vertical passing line (particularly in central areas). This is perhaps the biggest weakness of the 4-2-2-2 shape — it's not always great for possession-based teams.

Which clubs and managers have played using the 4-2-2-2 shape?

4-2-2-2 might not be the chosen system for dazzling possession-based sides such as Pep Guardiola's Manchester City or the Spain national team under Vicente Del Bosque, but that doesn't mean it can't bring success at the highest level. Below are a few recent examples of the "magic rectangle" system in action.

Chilean manager Manuel Pellegrini is a highly respected figure in world football. One of the most consistent advocates of the 4-2-2-2 system, he's used this shape at Real Madrid, Villarreal, Manchester City, and Real Betis, often converting from a 4-2-3-1 or a 4-4-2 in games depending on how things are going.

At Real Madrid, attacking width was provided by overlapping full-backs Marcelo and Álvaro Arbeloa. Attacking talents such as Cristiano Ronaldo, Raúl, Karim Benzema, and Gonzalo Higuaín were utilized up front, with two number 10s selected from Kaká, Esteban Granero, Guti, and Rafael van der Vaart. With talent like that on offer, it's hardly surprising they were successful. . .

German coach Ralph Hasenhüttl has been known to use a 4-2-2-2 shape both when attacking and defending, with his direct and aggressive approach to counter-pressing allowing his teams to win the ball in advanced areas and take advantage of subsequent opportunities.

At Southampton, speedy, forward-thinking full-backs like Kyle Walker-Peters or Tino Livramento provide attacking width. Meanwhile, the striker positions are generally occupied by Danny Ings and Ché Adams, who formed an impressive and dynamic partnership in the 2020/21 season. Their movement was crucial, with one of the two centre forwards dropping short and allowing attacking midfielder movement in behind.

While Ralf Rangnick's Manchester United reign ultimately ended in failure, that doesn't mean his tenure was totally without value. His astute knowledge of football tactics is widely recognized within the game, and early on during his time at United, he deployed an effective representation of the 4-2-2-2 structure.

Cristiano Ronaldo sat up front alongside Marcus Rashford, with Bruno Fernandes operating alongside Jadon Sancho in attacking midfield. Again, a key feature was the employment of full-backs in wide attacking areas, with a double pivot of Scott McTominay and Fred providing deeper support.

We've already mentioned how one of the most damaging drawbacks of the 4-2-2-2 formation is that it doesn't encourage dominant possession-based performances. If you're hoping to negate the positive impact of this tactical structure, you'd do well to focus on this weakness.

For example, if you line up with a formation that favors possession-based football, like 4-3-3 or 4-2-3-1, you'll make it difficult for the opposition's central midfield double pivot to control your players. This will in turn cause the 2 attacking central midfield players to drop back, thereby limiting their attacking impact.

Another way that you can gain a competitive edge is by focusing on wing positions, which as we mentioned earlier, can be left slightly vacant by teams playing 4-2-2-2. A lack of wide midfielders can allow you to create dangerous opportunities via the flanks. Lining up with wing-backs in a structure such as the 3-5-2 formation will give you an excellent chance of exposing the weaknesses in wing areas.

All the tactical setups we've mentioned in this article are explained in more detail in our comprehensive guide to some of the most popular soccer formations or even less popular ones such as the 4-2-4 formation. Elsewhere, we've also explored the practicalities of building a career in coaching in plenty of detail.

Check out our piece on how to become a football coach for more guidance on this subject, or take a look at our list of the best books about tactics and coaching if you're simply looking to grow your knowledge.

The 4-4-2 formation is one of the most fundamental shapes in modern football. With two banks of four in defense and midfield, it's a highly solid defensive formation, ideal for counter-attacking football. However, it's not ideal if you want to dominate possession and have lots of the ball.

The 4-1-3-2 formation is a variation of 4-4-2 that employs a single defensive midfielder, supported by three more advanced central midfielders playing behind a center-forward partnership. It's a slightly narrower shape that asks full-backs to provide attacking width. Our article on the 4-1-3-2 formation provides more information.