The 4-2-4 Formation: Its Uses, Strengths, and Weaknesses 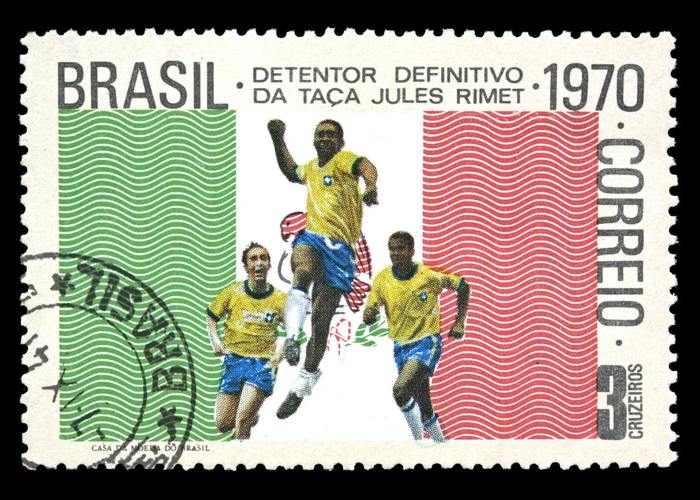 Our series on the most popular formations in soccer has dived into a wide range of tactical setups and strategies, from wing-back-heavy systems like 3-5-2 and 3-4-3 to more defensively solid, compact formations like 4-4-2.

The shape we'll be discussing in this article is in essence a variation of that latter shape, 4-4-2. That being said, there are a lot of differences, which we'll get stuck into shortly.

Formations play a crucial role in the way a team approaches a game and battles with their opposition. In this article, we'll be explaining how the 4-2-4 shape can provide a winning formula, and why it is that certain coaches choose to employ it. We're going to explore the strengths and weaknesses of 4-2-4, how to play against it, and some prominent examples of it in action. Let's begin!

Put simply, the 4-2-4 formation is made up of 4 defenders, 2 midfielders, and 4 attackers. As you might surmise from this distribution of players, it's considered a particularly attacking formation, with 4 players stationed in the opposition's final third (on paper, at least).

The back four will consist of a right-back, two center-backs, and a left-back. In front of them will sit two central midfielders, whose job is primarily defensive. These central midfielders form a double pivot, focused on screening the defenders, cutting out opposition attacks, and moving the ball forwards to teammates higher up the pitch.

The front line of 4 tends to use two strikers, who mostly occupy central areas, supported by two wingers, whose role is comparable to that of the wide midfielders in a 4-4-2 system, but swayed more towards joining the two forwards in attack.

4-2-4 originated in the early 1950s in Brazil and Hungary; it was first perfected by Brazilian clubs like Palmeiras and Santos a few years later, which then encouraged the Brazil national team to benefit from this shape during the 1970 World Cup.

It's far from the most common formation out there, but it has nonetheless been used by some top teams in recent years, as well as back in the day. The reasons for that will soon become clear, as we explore the key strengths of the 4-2-4 formation.

The Strengths of the 4-2-4 formation

At its core, 4-2-4 is a counter-attacking formation that's designed to make the most of those moments when you catch the opposition on the break. Its key strength is the ability to create overloads in advanced areas of the pitch, with 4 attacking players stationed in dangerous areas waiting to pounce.

These players are also able to press opposition defenders, pick up loose balls and wreak havoc in the channels. The attacking advantages created by the 4-2-4 formation make it a tempting setup for any offensive-minded coach whose tactics tend to revolve around counter-attacks. It's also great for managers who have an abundance of attacking players but a lack of strong midfield depth; 4-2-4 allows coaches to squeeze more forward-thinking players onto the pitch.

Another key advantage provided by the 4-2-4 formation is that when the opposition attacks, they will often bring their full-backs forward out of their natural starting position, leaving the two wide forwards in the 4-2-4 shape unmarked. Here, they can cause serious damage, creating overloads in advanced areas that can cause repeated goal threats.

But there are always pros and cons when it comes to tactical setups in soccer. The 4-2-4 shape offers great offensive options, but there are some weaknesses which are worth bearing in mind. . .

The Weaknesses of the 4-2-4 formation

Central midfield is often where soccer matches are won and lost. Any central midfielder needs to be versatile, capable of passing and intercepting the ball, progressing it up the pitch, and moving dynamically. This is even more crucial when you're playing with a double pivot of just 2 central midfielders.

It's possible for the two central midfielders in the 4-2-4 double pivot to become massively isolated, and even if they don't, their jobs are still extremely demanding. They must be quick-moving, light-footed, and positionally versatile, as they're responsible for covering large sections of the pitch and supporting teammates in a range of different areas. Therefore, any team playing 4-2-4 needs to have extremely competent central midfield players.

The winger roles within this shape can also be very demanding. Any player operating as a winger in this system needs to have a serious burst of speed, strong crossing skills, and an ability to deliver a final product consistently, because often, counter-attacking chances will be few and far between, and teams need to be able to take advantage.

Ultimately, an over-emphasis on attack and defense, with an absence of bodies in the midfield, means 4-2-4 can get torn apart by well-organized, defensively-solid teams. The double pivot in a 4-2-4 system will often become exposed and overrun by the opposition, particularly when they're outnumbered by a 3-man midfield.

By playing this formation, you're essentially surrendering possession to your opponents for large periods of the game. These days, that's not something most coaches want to be doing.

Which clubs and managers have used this system effectively?

Just because 4-2-4 doesn't favor sides that want to dominate possession, that doesn't mean it hasn't been used in top-level modern soccer. After all, some of the most fascinating, well-known tactical minds in the game love to employ counter-attacking systems (Jose Mourinho and Diego Simeone come to mind). Let's look at some high-profile examples of 4-2-4 in action.

As we mentioned previously, this formation first gained popularity in the mid-20th century in Brazil, and by 1970, the Brazil national team had perfected the system to the point that they were able to win a World Cup with it. The tactical focuses of the 4-2-4 system aligned perfectly with the talents of players like Pele, Garrincha, and more, leading to exciting, free-flowing attack football.

Fast forward to the present day, and it's less likely that you'll see this shape being employed in elite competitions such as the Premier League (although former Manchester United boss Ralf Rangnick did employ it successfully on a few occasions last season). One of the biggest advocates of it is Italian coach Antonio Conte, who despite usually opting for a 3-4-3 formation, has also been known to use 4-2-4.

Conte introduced Serie B to this formation while leading Bari and Siena early in his managerial career. Both teams used this system effectively, earning promotion to Serie A. Conte later tried to implement this shape in the Premier League with Chelsea during the 2016-17 season; however, it lacked balance, and he soon switched to a 3-4-3 system that helped them to win the league.

You could argue that 4-2-4's time has been and gone, with most modern elite tactical setups designed to focus more on keeping the ball for sustained periods. Its lack of capacity for possession-based football is perhaps its biggest weakness, and if you're coming up against a team that play using this shape, focusing on keeping the ball and dominating midfield is probably the best thing you can do.

Concentrating on midfield areas can help to expose the opposition double pivot and make them appear unbalanced. Outnumber these two central midfielders using a 3-man midfield, which boosts your chances of controlling possession and regulating the pace of the game. The best formations to accommodate this tactic would be 4-3-3 or 4-2-3-1.

Another area in which there's an advantage to be gained is out wide. With high wingers and deep full-backs, a 4-2-4 leaves big gaps on the flanks towards the center circle. By favoring the attacking line and the back four, this formation compromises its ability to battle well in midfield, in both central and wide areas. Positional fluidity can also be an issue; with wingers playing so high, it becomes almost impossible for full-backs to overlap them, while there's also no real attacking midfielder as such to break between the lines and link defense with attack.

If, as a coach, you've pinned all hopes of victory on the counter-attack, 4-2-4 could be a good route to go down, but unfortunately, it's pretty one-dimensional. Getting 4 attacking players high up the pitch can lead to success on the break, but it can also leave you exposed and isolated in midfield areas, creating vulnerabilities that a strong opposition is bound to take advantage of. There are situations in which 4-2-4 can work, but this is primarily one for counter-attackers, rather than possession-oriented teams.

If you'd like to find out more about the strengths and weaknesses of different tactical systems, check out our guide to 9 of the best soccer formations explained.

Brazil and Hungary are the two nations responsible for pioneering early versions of the 4-2-4 formation. Hungarian coaches Márton Bukovi and Béla Guttman played using this shape during the early 1950s, while the developments of Brazilian coach Flavio Costa set the blueprint for Brazil to win the 1970 World Cup playing 4-2-4.

4-4-2 is one of the most popular formations in world soccer. It uses 4 defenders, 4 midfielders, and 2 attackers to create a strong, compact shape that offers a balance between defense and attack. We dived into this shape's strengths and weaknesses in more detail in our article on the 4-4-2 formation explained.

What is a double pivot?

The term 'double pivot' refers to a central midfield partnership of 2 central midfielders, whose primary job is screening the defensive line, winning possession, and progressing the ball forwards. Check out our guide to the double pivot for more information.