The Role of the Winger 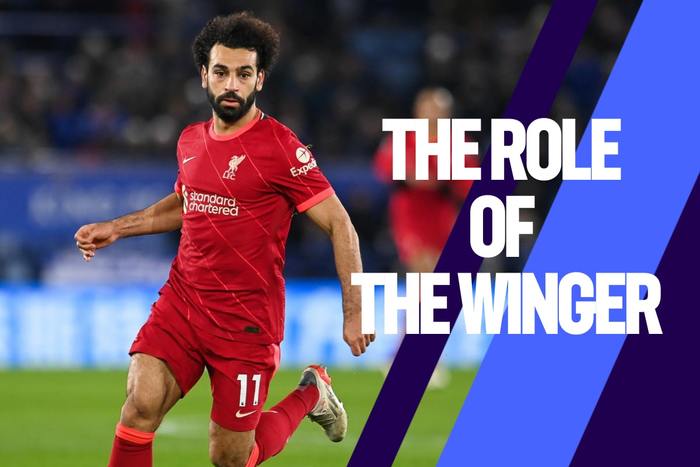 When it comes to building a successful tactical setup, many factors come into play. One of the most important things coaches must consider is the formation they play.

Formations rely on players being able to perform a specific set of tasks that relate to their positions on the pitch. In our other recent posts about the key positions in soccer, we've already touched on roles such as the full-back and the goalkeeper. Today, we'll be focusing on the winger position in soccer.

This role has been hugely important throughout the history of the game, ever since the sport's formal creation in the mid-19th century. However, things have moved on a lot since then. It's time to take a look at the development of the winger soccer position and explore the players who have made this role their own.

How To Play As A Winger In Soccer

Wingers are positioned on the left or right "wing" of the soccer field, operating along the sidelines throughout the game, predominantly in an attacking capacity. They are expected to provide support to forward players, passing and crossing the ball into threatening areas to create goal-scoring opportunities. Dribbling and ball-carrying skills are also crucial, and technical ability is key.

Traditionally speaking, wingers are also expected to perform defensive tasks. In formations such as 4-4-2, wingers need to be able to track back and help out the full-back behind them, marking, tackling, and intercepting the ball from opposition players.

Getting the balance right between these two aspects of the role is key. If wingers aren't able to provide any support to their defense, they'll let down the team; however, on the other hand, their primary role is offensive, so there's no point in them spending the whole game camped in their own half of the pitch.

So what attributes and skills are needed to perform as a winger in soccer?

The Key Attributes Of A Winger

For teams that like to play with a direct style, wingers are a key asset. However, these types of players can be used in other tactical setups too. Regardless of the system, there are a few key skills that are central to the role of the soccer winger.

Given that their role requires regular bursts up or down the pitch (particularly in counter-attacking moves), a good winger must be able to accelerate quickly and maintain high speeds for long distances. Having blistering pace can leave opposition defenders stranded and get you in on goal.

The winger position in soccer is largely about ensuring that balls are delivered into the attacking penalty box from wide areas. Therefore, a good winger must be great at crossing the ball. That doesn't just mean lumping it into the box from miles away; it's about accurate, precise passing into goal-scoring areas.

When wingers receive the ball on the side of the pitch, there's often only one thing on their mind — dribbling. Wingers should be able to beat defenders and get in behind the opposing team defense, by controlling the ball smoothly, getting it out of their feet with efficiency, and dribbling into spaces where they can cross, shoot, or pass the ball.

This links to the last point — when it comes to dribbling, one major advantage is having a few tricks and skills in your locker. Whether it's a simple step-over, a Cruyff turn, or something a little more complicated, technical trickery can go a long way for players who operate on the sidelines.

Getting up and down the soccer field throughout the 90 minutes of a match requires huge amounts of stamina and energy. Boosting your fitness levels is crucial if you're going to operate effectively in this position.

When wingers beat their opponents and get into dangerous attacking positions, decision making is super important. Knowing when to cut inside, when to make a simple pass to a central midfielder, when to pick out a cross to a forward, and when to shoot yourself is an integral part of wing play.

While not traditionally as big of a part of the winger role, pressing is crucial for wide players in the modern game. Putting pressure on opposition defenders in advanced areas through strategies like gegenpressing allows players to win the ball and create chances in dangerous areas.

The Best Wingers Of All Time

Now, this is an illustrious list. Some incredible players have strutted their stuff on the left and right wing over the years, for numerous elite sides all over the world. Below are a few of the best.

A highly skillful dribbler who saw himself as an entertainer first and foremost, George Best is regarded as one of soccer's greatest ever players. The Northern Ireland international made over 350 appearances for Manchester United throughout the 1960s and 70s, winning two league titles and a European cup, as well as a ton of individual accolades. 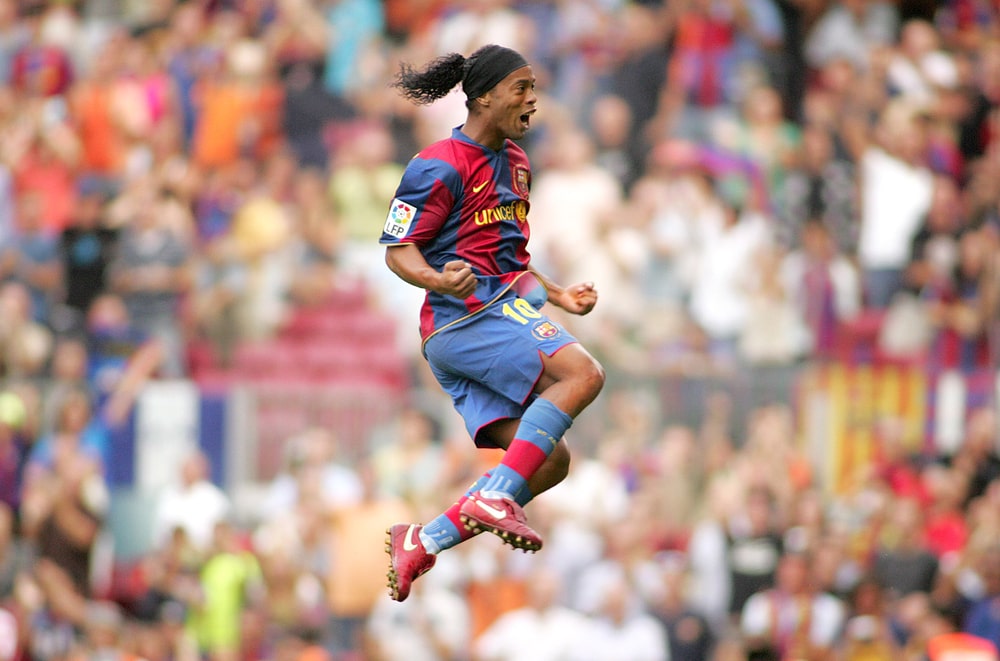 Brazil legend Ronaldinho was more than just a winger, but if you had to pin him down to one position, it would usually be on the flanks, cutting inside to boggle opposition defenders with his ridiculous skills and tricks. Winning a Champions League, a Ballon D'or, two La Ligas, and a raft of other awards, in his Barcelona heyday Ronaldinho struck fear into the hearts of his opponents.

A pivotal player in two of Brazil's World Cup victories (1958 and 1962), Garrincha is thought by some to be the greatest winger of all time. With a powerful shot, excellent ball control, explosive pace, and staggering trickery, he helped define the role itself in the mid-20th century. Check out some of his best skills and dribbles here.

A slightly more contemporary talent, Franck Ribery is still playing today at the grand old age of 39. In his pomp during the late 2000s and 2010s, the French winger is known for his pace, skill, and crossing ability. An immensely talented dribbler with a long list of awards and trophies to his name, Ribery is best known for his integral role within various dominant Bayern Munich sides — he played for the German giants between 2007 and 2019.

The Best Wingers In The World Right Now

In recent years, many soccer teams have shifted away from fast, direct counter-attacking toward a more possession-based style of play. One consequence of this is that the role of the winger soccer position has become less important.

However, there are still some seriously talented wingers operating at the highest level of the game. Whether they're known for their dribbling skills, blistering pace, or ability to cross the ball, these talents capture everything great about the famous soccer winger.

With a top speed registered at an astonishing 38km per hour, France and PSG star Kylian Mbappé is one of the fastest soccer players to have ever graced a field. Pace isn't the only skill he has though; the young winger can also score goals for fun. He's notched an astounding 176 goals in just 221 appearances for PSG. Already a World Cup winner at the age of just 23, he's an absolute superstar with a huge career ahead of him.

Another super speedy player who encapsulates the pace needed to become an elite operator in this position is Canadian international Alphonso Davies. The Bayern Munich winger is known for obliterating defenders on the left hand side; despite technically being a left-back, he spends a good deal of his time in the opposing team's final third. 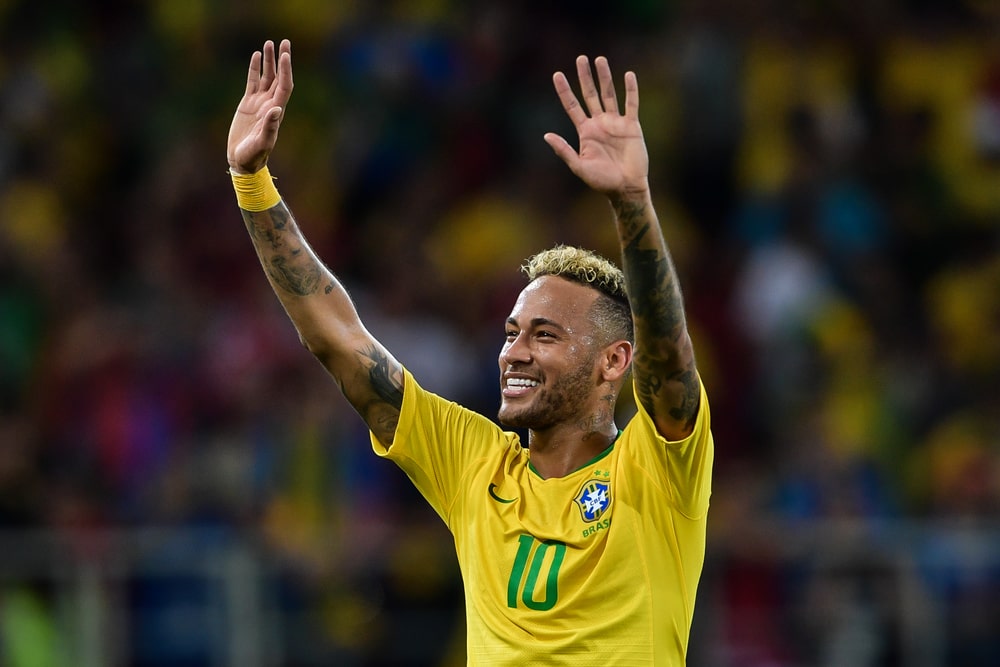 Neymar is a soccer player who has always dominated headlines, and his advanced position on the pitch certainly plays a role in that. Not always one to pass the ball, he's famous for his incredible set of skills and tricks, and constant desire to take on and beat opposition defenders. His attacking play has helped him win numerous league titles in Brazil, Spain, and France and command enormous transfer fees from the likes of Barcelona and PSG.

Many people would call Salah a forward, but others might define him as more of an inverted winger. Either way, the Liverpool and Egypt icon is one of the best players in the world right now. His knack for staying close to the touchline, skinning defenders with bursts of acceleration and skill, and cutting inside to cross or shoot makes him a phenomenal talent in this position on the field.

What is the role of the goalkeeper in soccer?

Goalkeepers are the last line of defense, a crucial and unique role that requires a specific set of skills that outfield players don't need. Core skills include catching, shot-stopping, footwork, kicking, organization, and demonstrating excellent reflexes and agility. Our article on the role of the goalkeeper has all the detail you need to know.

A functioning soccer team is built around a variety of important positions. Whether you're a central midfielder, a full-back, or a striker, you're expected to fulfill a specific set of duties and tasks. Check out our article on all the key soccer positions explained for more information about the main positions in soccer.

What formation is best for wingers?

There are a few formations that are great for playing speedy, technical wingers, but perhaps the best is 4-4-2. This shape relies on wide attacking midfielders who can get up and down the pitch with speed. Other formations that use winger variations include 4-3-3 and 3-5-2, which converts these wide players to wing-backs.