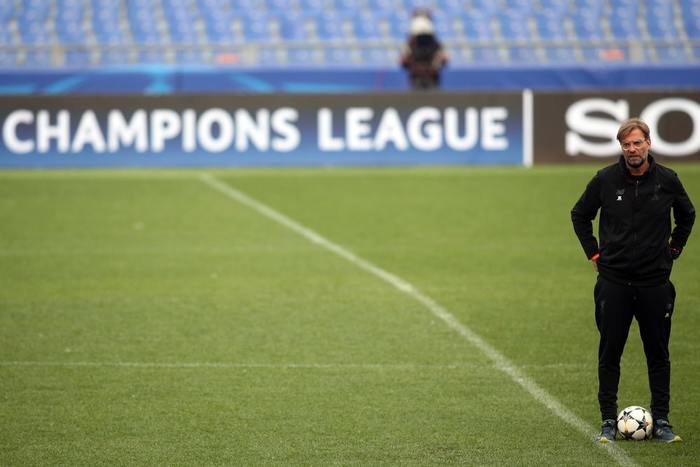 Football tactics have moved on a lot in the last few decades. The increased presence of foreign coaches in the Premier League has led to all sorts of tactical trends and theories making their way into the highest echelons of the British game.

One term that you've probably heard being used is "gegenpressing". It has been a major element of some top European teams' tactical blueprints in recent years. But what does it mean?

In this article, we'll explore the concept of gegenpressing and analyse its place within the modern game. We're going to dig into the roots of this tactical phenomenon and discuss the strengths and weaknesses it brings. Finally, we'll examine some of the most prominent examples of teams and coaches that have taken advantage of the gegenpress.

The term "gegenpressing" derives from the German for "counter-pressing". At its core, this means to win the ball back from the opposition immediately after losing it, preferably in advanced areas of the pitch.

This essentially works as a tool for putting your opponents under intense pressure in their own defensive zone, while increasing the likelihood of your team retaining possession for longer periods of time.

When a manager implements gegenpressing tactics, their team is expected to be on the front foot, seeking to win the ball back as soon as they lose it, rather than sitting back and allowing the opposition to have possession.

As you might imagine, this can be a difficult approach to maintain. But we'll discuss the potential flaws of this style of play shortly. First, let's explore where this style came from.

Within the world of football, it's widely understood that the original architect of this tactical strategy was German manager, executive, and former player Ralf Rangnick. In England, Rangnick is probably best known for his disappointing spell at Manchester United during the 2021-22 season; however, his influence on the game extends well beyond this short period.

Rangnick is credited with being one of the masterminds of the Gegenpressing ideology. During stints at numerous German clubs including Stuttgart, Hannover 96, Hoffenheim, Schalke, and RB Leipzig, the German coach became known for encouraging his teams to immediately attempt to win back possession upon losing it, rather than falling back to regroup together.

He first developed this strategy after playing a friendly against Dynamo Kyiv in 1984, where the pressing philosophy of Ukrainian manager Valeriy Lobanovskyi inspired him. Rangnick has also played a key role in the popularisation of other now famous tactical set-ups, such as zonal marking.

It would be remiss not to mention the other coaches who influenced Rangnick's thinking. Alongside Lobanovskyi, his ideology was also shaped by the likes of Ernst Happel, Jupp Heynckes, Arrigo Sacchi, and Zdeněk Zeman. Today, coaches like Thomas Tuchel, Jürgen Klopp, Julian Nagelsmann, and Ralph Hasenhüttl all cite Rangnick as a major influence.

What Benefits does Gegenpressing bring?

There's a reason so many successful coaches have embraced this counter-pressing strategy, not just in German football with teams like Borussia Dortmund and Bayern Munich, but abroad, too.

When implemented effectively, the main benefit of this system is that it helps teams win the ball high up the pitch and in dangerous positions. As a result, it's likely to lead to chances to score on the opposition goal.

One of the primary aims of the gegenpressing philosophy is that its intense press will force opposition players to make mistakes. Lots of emphasis is placed on forcing errors, with attacking players being coached to 'hunt in packs' as a cohesive unit in order to win the ball back quickly.

Klopp's Liverpool are excellent at doing this. The German coach is one of the biggest advocates of this tactical formula, stating: “Gegenpressing lets you win back the ball nearer to the goal. It's only one pass away from a really good opportunity. No playmaker in the world can be as good as a good gegenpressing situation, and that's why it's so important.” Check out this video for tons of examples of Klopp's team pressing like absolute animals.

A big part of this pressing style is about attacking players recognising certain cues of when to press the ball quickly. Good examples of this could be a poor touch, or a bad pass. The only real problem with this is that it means players operating within a gegenpress system face a lot of demands. . .

What are the Disadvantages of Gegenpressing?

Yep, this style of play can be super successful — but it's also difficult to get right.

One major point of note is that this tactical strategy relies on players being very fit and very quick. Particularly in offensive areas, players need to have superb levels of fitness in order to maintain a high level of intense pressing throughout the game.

When mastered, these levels of fitness and speed allow teams to be dominant throughout various phases of play, but reaching these standards can be tough.

Another key gegenpress weakness relates closely to this first point, but there's a difference that's worth highlighting. Do you remember the worrying drop-off in form experienced by Leeds United towards the end of Marcelo Bielsa's tenure as manager? Some commentators have dubbed it 'Bielsa Burnout', and a similar thing can be risked by the implementation of gegenpressing techniques.

Gegenpressing is so physically demanding that even the fittest, most well-coached players can burnout eventually, risking a drop-off in form and results due to players having nothing left in the tank.

Another problem teams can face is that it can be difficult to add new players to a squad that's built around counter-pressing, because it takes so long to adapt to the system, get up to speed physically, and develop the almost telepathic understanding that's needed amongst teammates in order to play this system.

Teams and Managers that use Gegenpressing

We've already mentioned some of the most famous proponents of this intense counter-pressing strategy, but it's worth digging into some of those sides in a little more detail. 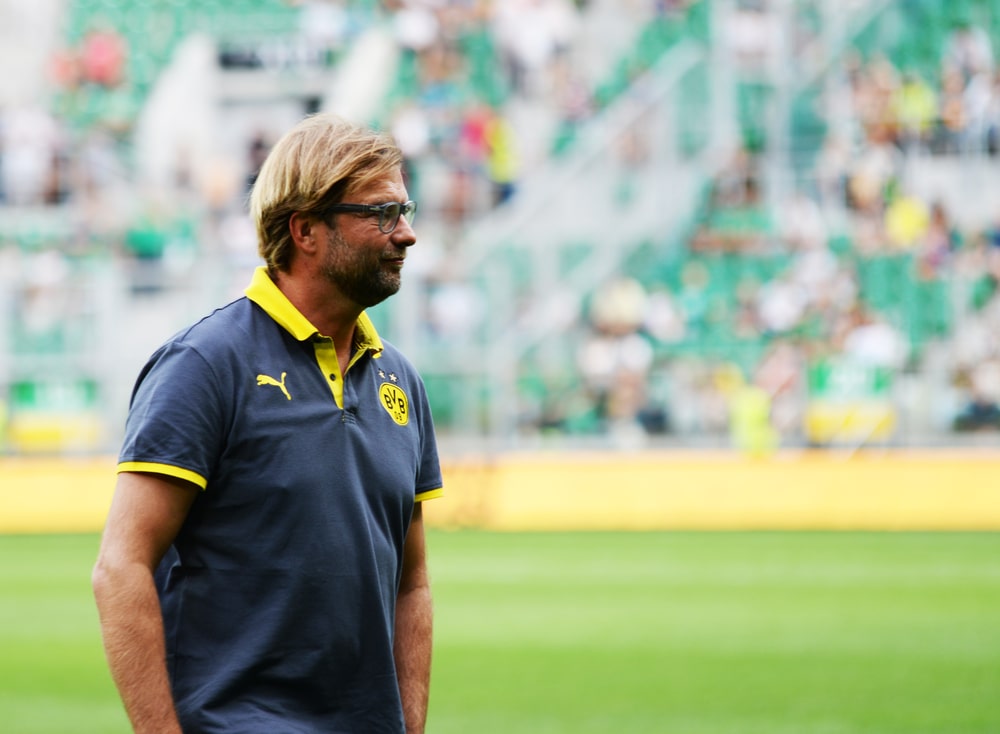 Klopp has implemented gegenpressing tactics at every side he's ever coached, but his greatest successes have come with Borussia Dortmund and Liverpool. With Dortmund, he was able to break Bayern Munich's suffocating grip on the Bundesliga with league title wins in 2010-11 and 2011-12. At Liverpool, he has enjoyed even more success, with a Champions League win, a league title, and numerous other domestic trophies.

The mastermind of this coaching strategy has been the top dog at a variety of different German clubs, all of which have utilised the power of the gegenpress at some point. The most recent of these were two successful managerial and directorial spells at RB Leipzig, whose use of intense attack-minded counter-pressing allowed them to cement their status as one of the Bundesliga's top clubs.

While Pep Guardiola is known primarily for the "tiki-taka" passing football his teams are built upon, pressing is another hugely important aspect of his tactical blueprint. At Manchester City, Guardiola’s style of play focuses on ball retention in order to preserve the attacking shape. And when his team lose possession of the ball, collective positioning and high pressure further up the pitch is used to regain the ball as quickly as possible. There's a lot in common here with the gegenpressing philosophy developed by the German school of thought.

The extraordinary impact gegenpressing has made on the modern game is underlined by the fact that most modern managers utilise high-pressure defending as a means to an end to regain possession. But as football tactics continue to develop, attacking, counter-attacking, and counter-pressing will evolve and be adapted again and again.

If you'd like to learn more about the importance of tactical set-ups within football, have a read of our article on the 10 best books about coaching and tactics. And if you want to pursue that passion even further, why not check out our guide to how to become a football coach in the UK?

Who is the Godfather of Gegenpressing?

The person who first formalised the gegenpressing strategy was German coach Ralf Rangnick, who was inspired by the intense counter-pressing of Valeriy Lobanovskyi's Dynamo Kyiv side. Coaches such as Jurgen Klopp and Thomas Tuchel have subsequently been influenced by Rangnick's philosophy, hence his being given his "godfather" title.

Where did Klopp learn Gegenpressing?

Jurgen Klopp learned gegenpressing from Ralf Rangnick and his management of German sides such as Schalke, Hoffenheim, and RB Leipzig. A real student of the game, Klopp recognised how successful this strategy could be in terms of chance creation, and made it his own.

What are the most popular formations in football?

Pressing and counter-pressing can be done in a range of different ways, with each shape offering its own advantages. Whether it's 4-3-3, -3-5-2, or 4-2-3-1, there are lots of formations designed with different purposes in mind. Check out our article on the most popular soccer formations for more detail.