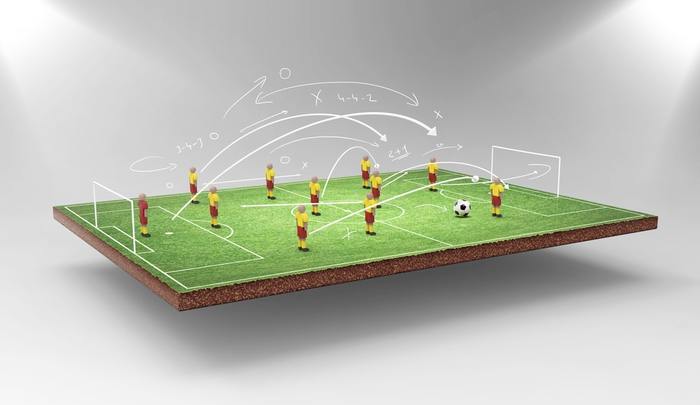 Sport never stands still for long. The game of soccer is constantly evolving, as coaches, tacticians, and players seek to find new ways to gain an edge over their rivals.

One of the key areas in which soccer teams look to gain advantages is by trying out new formations and tactical systems. Soccer formations can vary massively; shapes such as 4-4-2 or 4-5-1 are built on a strong, compact back line, while other formations like 3-4-3 can offer more varied attacking opportunities. One thing connects each of these formations: they require players to have a strong understanding of the different soccer positions on a pitch.

How Many Soccer Positions Are There?

There are 11 positions per team in a soccer game, occupying 4 main areas: Goalkeeper, Defence, Midfield and Attack. The exact positions will vary depending on the formation played, but in the case of a traditional 4-4-2 formation they tend to be: 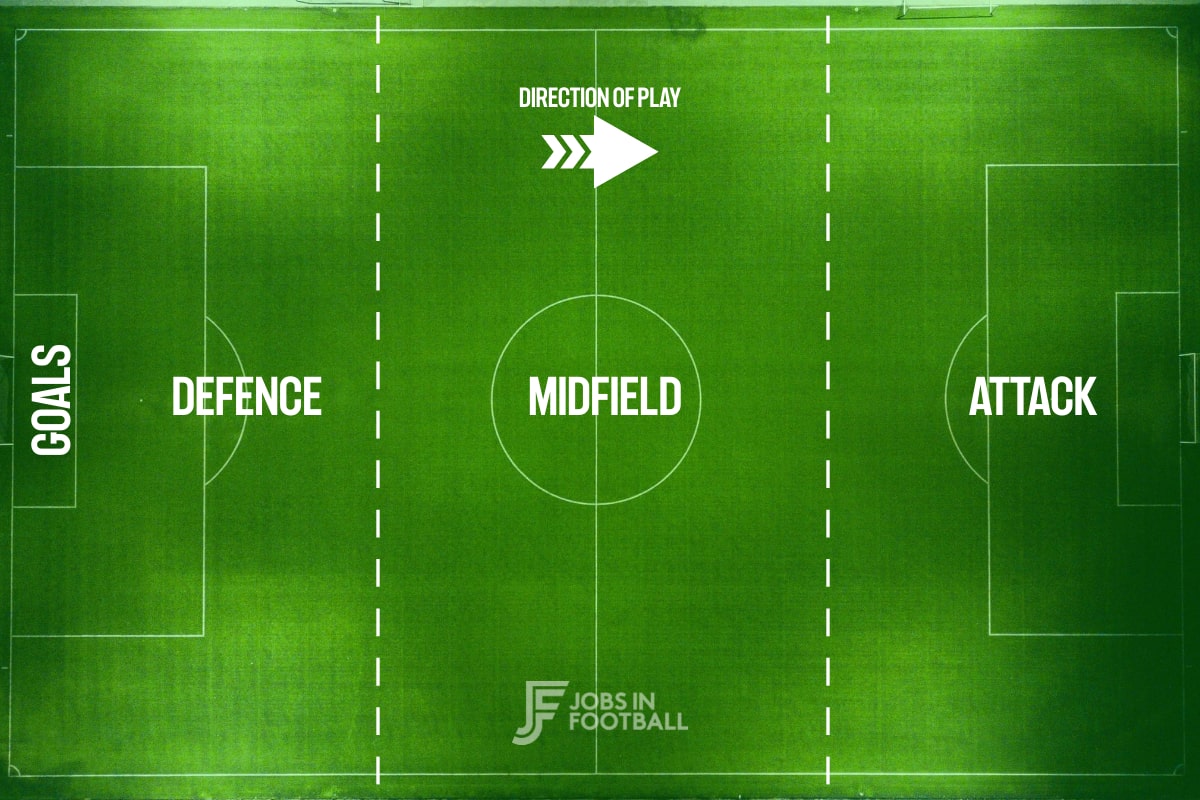 What are the positions in soccer?

In this article, we'll be taking you through all of the most important soccer positions out there. You'll learn the vital role each position plays, as well as taking on board the key duties and responsibilities assigned to each job.

We'll also give you a few examples of well-known players that encapsulate the role of their position. Read on for our guide to soccer positions explained.

The best place to start is between the sticks. Goalkeepers are the last line of defense, a crucial and unique role that requires a specific set of skills that outfield players don't need. It's for this reason that goalkeepers and outfield players are separated during most training sessions at professional clubs.

A soccer goalie's main job is to stop the opposition from scoring, or in other words, keep a clean sheet. This sounds simple enough, but it involves a wide range of different skills. 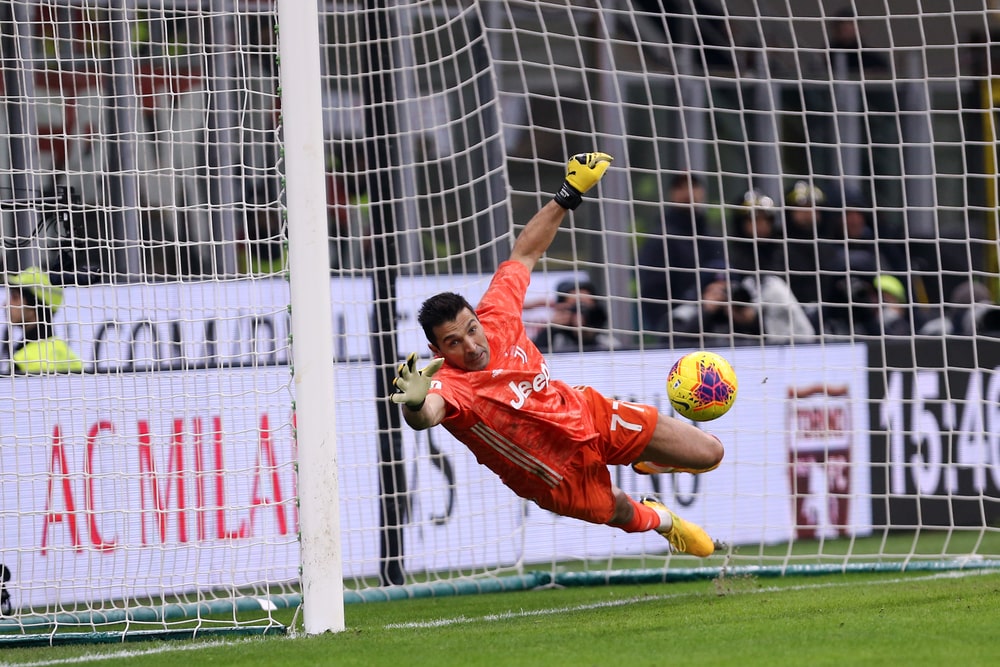 In soccer, center-backs are central defenders tasked primarily with stopping opponents from getting in on goal, winning the ball in defensive areas, and progressing it forwards to teammates in more advanced positions. 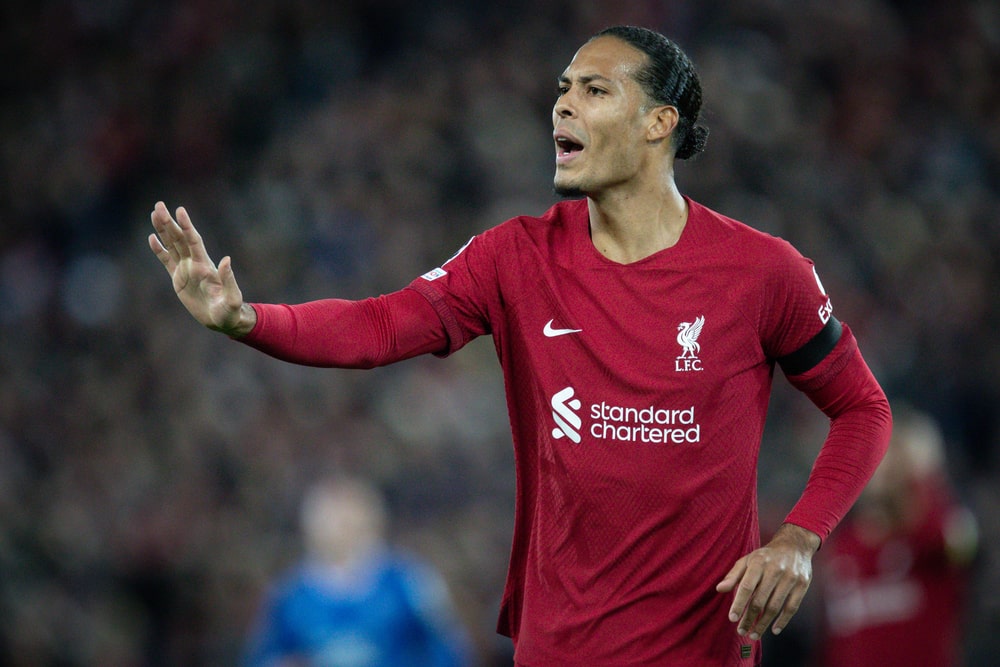 Some teams use three center-backs to cover a wider defensive zone and allow greater opportunities for keeping possession and progressing the ball forwards, while other teams will use two central defenders for a more compact, tighter partnership.

The term "full-back" covers two different types of soccer positions: left-back and right-back. It could also be used to refer to wing-backs, who are generally a little more advanced and less defensively-minded. Put simply, full-backs are wider defenders who sit on either side of the central defenders. A back four system (like you'd get in 4-3-3) would use a right-back, two center-backs, and a left-back. In the case of a 5-3-2 or 3-5-2 formation, these fullbacks would be regarded more so as a "wing-back". 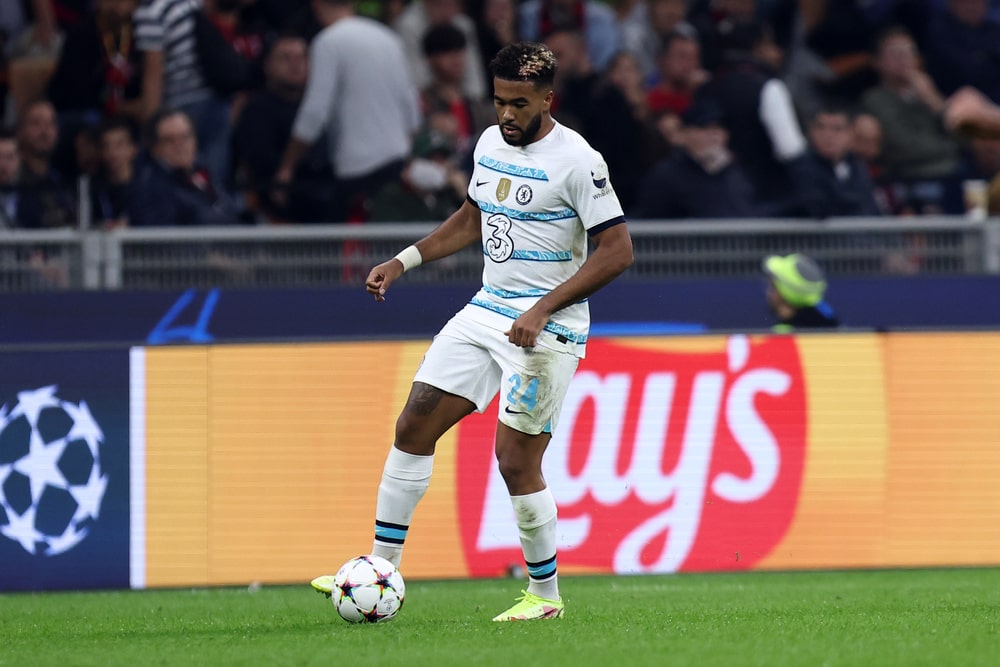 As you might've guessed, full-backs primarily perform a defensive role. However, many are also expected to get up the pitch and provide offensive support in wide areas, particularly in the modern game. Liverpool's Trent Alexander-Arnold and Andrew Robertson are great examples of this.

In the center of the field, center-midfielders play a vital role in connecting defense with attack. There are multiple different types of center-midfielder; CDMs (central defensive midfielders) focus more on protecting the back line and stopping opposition attacks (a double pivot is a good example of this player type), while CAMs (center attacking midfielders) have a much more creative role, operating as a playmaker and linking with forwards. There are also other roles that fall somewhere between these two positions, such as the kind of "Free No. 8" role that Kevin De Bruyne occupies at Manchester City. 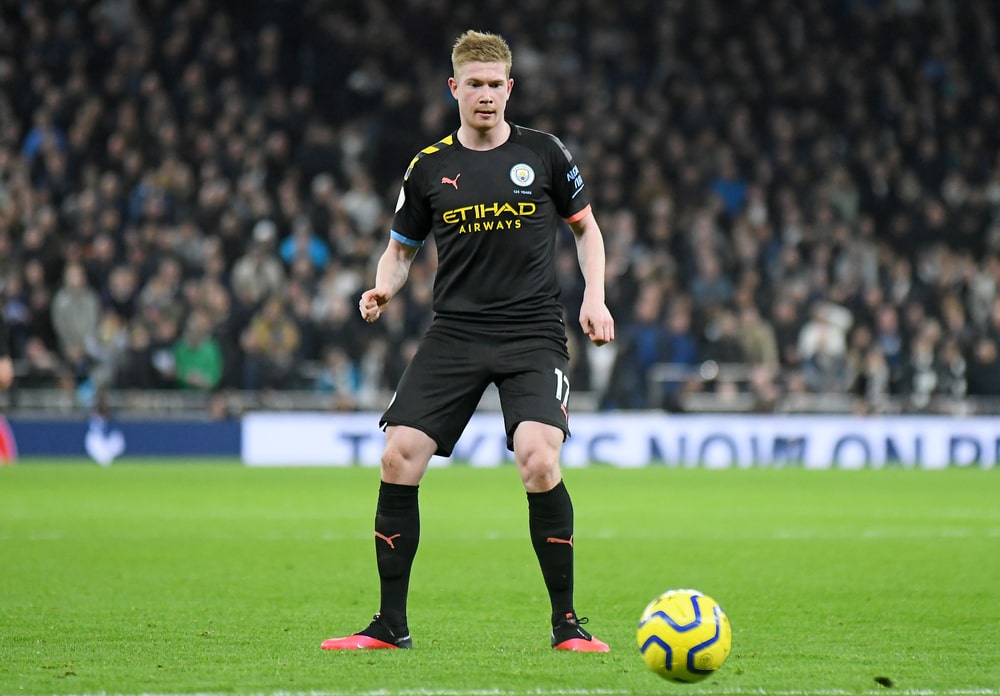 Now, we start to move into the more glamorous areas of the pitch. Pretty much any common soccer formation is bound to base its attacking play partly on wide midfielders. Generally speaking, their role will be as a more attacking midfielder focused on linking up with forwards, getting into wider advanced areas, and creating attacking opportunities.

Wide midfielders can be set up in several ways. In a 4-4-2, they will be required to track back and defend, providing support for their full-backs while maintaining an ability to race up the pitch with speed, getting in behind the defense of the opposing team, and crossing the ball. Meanwhile, a 4-2-3-1 shape will give wide midfielders more freedom to create chances, attack the opposition goal and switch positions fluidly at the top end of the soccer field.

Technical ability: often the most technically-gifted players on the field will be the wide midfielders, who must be adept at controlling the ball, keeping possession under pressure, dribbling past the opposing team's full-backs, and delivering crosses and shots on goal.

Speed: much like full-backs and wing-backs, wide midfielders also need to have plenty of speed, as their role involves beating defenders and moving up and down the flanks in quick bursts

Dribbling: a quick, accomplished dribble can split a defense open in a heartbeat. Wide midfielders often use this skill to break past opposing players and create space for themselves to deliver the ball into the box or take a shot themselves

Shooting ability: scoring opportunities regularly come to wide midfielders, particularly the more offensive-minded ones determined to move past defensive players and get into the opposition box. Being able to dispatch these chances with accuracy and efficiency is a crucial attribute

Scoring goals is ultimately what wins games. This job inevitably falls to the more offensive players on the field, or in other words, the forwards. The term "forwards" encompasses a range of different positions, from tall, target man-style center forwards (players like Olivier Giroud or Diego Costa), to more technical false nines (Roberto Firmino), or inverted wide forwards that move from the sides of the field into goalscoring areas (Mo Salah, for example).

Some teams will operate with two forwards in a 4-4-2 or 3-5-2 system, while others will choose to play with a lone striker. Whatever shape coaches go for, a forward will tend to have a variety of different responsibilities. 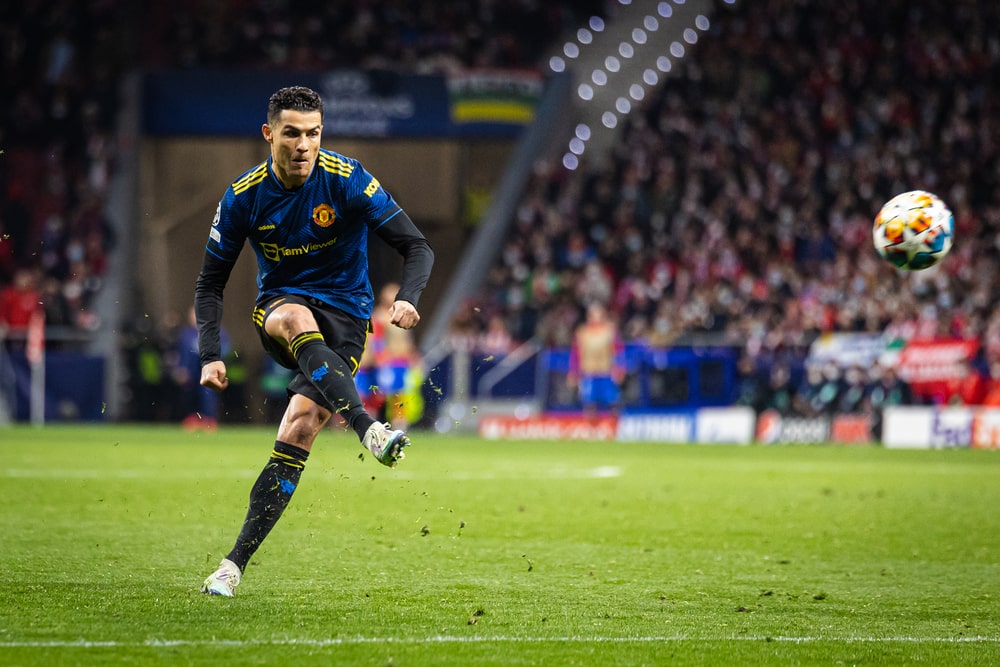 Now that you've had each of the major soccer positions explained in detail, hopefully, you'll spend less time wondering about the question "What are the positions in soccer?", and more time being able to identify the specific roles each player is occupying when you watch live soccer.

If you'd like to find out more about tactics in soccer, check out our new article on the 4-2-4 formation, or if you'd like to dive into a slightly more technical term, take a look at our guide to the German concept of gegenpressing.

What are the 4 main positions in soccer?

While numerous more specific roles can exist on a soccer field, the 4 main positional units are goalkeeper, defense, midfield, and attack. Within these broader groupings, different players will be assigned different individual roles.

A double pivot is a central midfield pairing with an emphasis on defensive play and building possession. They sit relatively deep, protecting the back four and occupying a central area inside the full-backs or wing-backs. Our article on the double pivot explores this role in more detail.

What is the most popular soccer formation?