The Role of the False 9 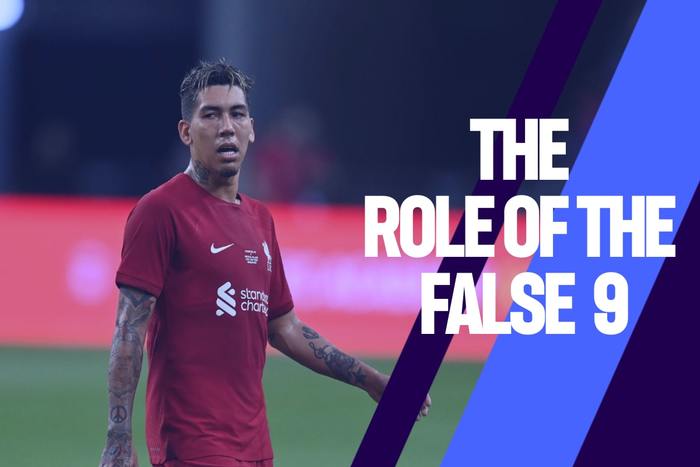 Old-fashioned number 9s are few and far between these days. Strikers like Alan Shearer, Andrew Cole, or Miroslav Klose used to light up their respective leagues with incredible goal tallies, their focus remaining centered on putting the ball in the back of the net. But now, the demands on players are greater than ever before, and most forwards are expected to bring multiple different skills and qualities to the team.

It's this backdrop that has led to the development of various inverted forward positions. And the most famous of these roles? The False 9. In this article, we'll be explaining what this soccer position involves, charting its rise to the top of the game, and exploring some of the greatest players to have plied their trade in this position. Let's get started.

What is a False 9 in Soccer?

The term 'False 9' is something you hear more and more of in the modern game. As football tactics continue to develop and coaches try to come up with alternative ways of breaking down the defensive line of their opposition, all sorts of new inventions can see the light of today.

Effectively, a false 9 is a centre-forward who is stationed high up the pitch but has the freedom to roam around and drop back into deeper positions to receive the ball and link up play. These players tend to operate primarily in central areas, somewhere between centre-forward and central attacking midfield.

The main goal of the false 9 soccer position is to cause confusion amongst the opponent's defensive line by picking up the ball in space away from the opposition center-backs. Here, attacking players are able to draw defenders out of position, disrupt the defense, and make marking more difficult for the opposition.

False 9s need to be technically gifted, with intelligent movement, great ball control, a varied passing range, and crucially, the ability to finish chances. Despite the fact they regularly drop back into advanced midfield positions in order to create opportunities, they will also be expected to be clinical in front of goal when the chances come, like any good center forward would be. As you can see, it's a demanding role.

Why is it called the False 9 position?

There's a long tradition of soccer positions being referred to depending on the number typically worn by players in that position. For instance, a defensive midfielder in a double pivot can often be referred to as a "Number 6", while a central attacking midfielder might be called a "Number 10".

For this reason, goalscoring strikers have typically been called Number 9s. And when players in this position drop back and play a more creative role, they're essentially subverting the traditional role of this position. As such, they become "False" nines, who on paper work as strikers, but in reality have a far more complex role than that. It's this thinking that influenced the naming of this position.

The History of the False 9

Let's take a walk through the evolution of this role over the years. The false 9 came to prominence during Pep Guardiola's highly successful tenure as the head coach of Barcelona, a spell in which he won multiple Champions League and La Liga titles. During this period, he achieved great success by moving Argentine maestro Lionel Messi from the right wing to the center, asking him to play as a "false 9" responsible for scoring and creating in equal measure. 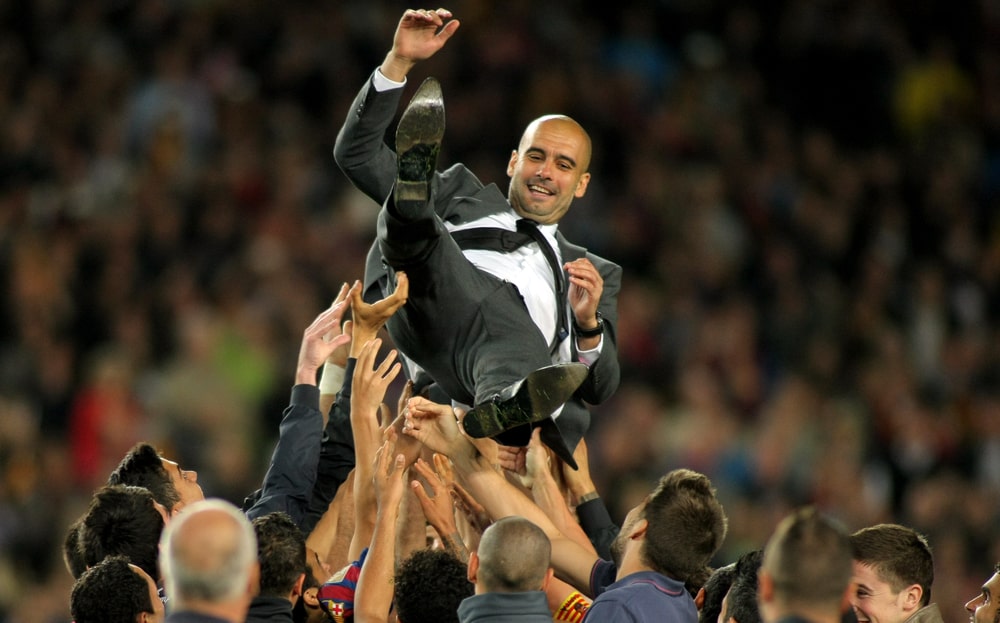 Striker-less attacking set-ups then took off, with Vicente Del Bosque's Spain side having great success with a similar system, in which players like Cesc Fabregas and Juan Mata thrived.

However, this position wasn't invented by Pep Guardiola. In fact, its story starts way back in the 1930s, when the dazzlingly talented Austrian national team (nicknamed the "wunderteam") was led by centre forward Matthias Sindelar. Sindelar was famous for dropping deep to create havoc amongst opposition defenders.

Drifting back into midfield in this way was also a preferred tactic of Johan Cruyff during his spell as Barcelona manager. Cruyff often deployed Danish legend Michael Laudrup as a false nine in a fluid 4-3-3 system. Later on, Italian forward Francesco Totti made his name for Roma playing in a similar position, with boss Luciano Spaletti using him primarily as a false 9 during the 2006/07 season.

Today, the false nine system continues to be one of the more popular alternative football tactics used by elite coaches. In the next section of this article, we'll guide you through some of the most iconic players to have graced the world stage within this position.

The Best False 9s of all time

It's impossible to include the names of every iconic player to have made their name as a false 9, but below we've got a list of a few of the best.

Widely considered to be one of the greatest players of all time, former Danish international Michael Laudrup was excellent at operating in the gap between midfield and attack — the false nine zone. Scoring over 100 goals for clubs such as Barcelona, Real Madrid, and Juventus, his dazzling career spanned almost the entirety of the 1980s and 1990s. 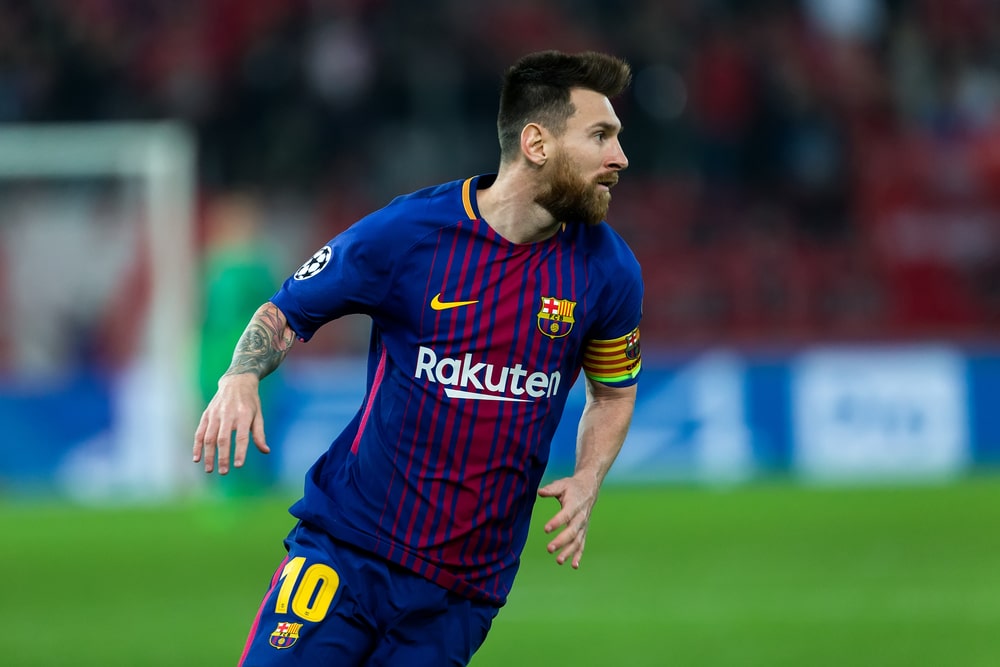 Argentine forward Lionel Messi is thought by many to be the greatest footballer of all time, and for good reason. The number of goals and assists he's racked up during his trophy-laden career is astonishing, and after finding his form at PSG, he doesn't show any signs of stopping. One of the main pioneers of the False 9 position in the modern game, his ability to drop off and pick up the ball is one of the many reasons he wreaks havoc in offensive positions.

Spain's Euro 2012 final victory wrapped up three successful international trophies, making them the first team to ever complete a hat trick of tournament wins. The system of tiki-taka soccer that helped fuel this glory was reliant on there being no out-and-out striker. Instead, a false 9 was used to link forwards and midfielders, with former Arsenal and Chelsea man Cesc Fabregas being converted to this position during that tournament. Fabregas was a sensation, and Spain ran out 4-1 winners over Italy, proving the efficacy of the false 9 role.

In the Premier League, one of the most famous modern false 9 players is Brazilian international Roberto Firmino, who has been an integral part of Jurgen Klopp's regeneration project at Liverpool since 2015. His ability to drop off to create space and get on the ball has left some of the Premier League's best defenders in a genuine muddle, and made him one of the most successful modern centre forward players there is.

When England and Tottenham Hotspur striker first burst onto the scene, he was a classic striker, bagging goals and hassling defensive lines across the country. But his game has developed, and these days you'll just as regularly see him dropping back to spray balls around and get assists. In these types of situations, he's as good a False 9 as pretty much any player on the planet.

How to play against a false nine

Okay, so how do you stop a false 9 from getting on the ball and causing problems?

Generally speaking, one of the best ways to reduce the impact of a strong false 9 is to play with a deep line and place a strong double pivot in front of the defensive line. These two central defensive midfield players can become responsible for picking up the false 9 when they drop into midfield areas, meaning that central defenders can hold their position and keep their discipline.

Probably the best formation for keeping a false 9 quiet is 4-2-3-1. This will keep things congested in central areas, preventing the central attacking player from having much space to operate in. Instead, the ball is more likely to go wide, and the impact of the false 9 is reduced.

Alternatively, you could hand man-marking responsibilities to one of your players. This essentially means that one player (often a center-back) will be tasked with following the chosen player (in this case a talented false 9 like Roberto Firmino or Lionel Messi) around the pitch wherever they go. By doing this, you're refusing to give space and time on the ball to this player and stripping away the freedom that the false 9 has to roam wherever they want.

While these tactics can be effective in negating the powers of these offensive players, it doesn't mean you'll always be able to completely stop them. Ultimately, the false 9 will tend to be one of the most technically gifted players on the pitch, so getting in their way is easier said than done.

If you've enjoyed this deep dive into the false 9 position, you might want to check out our comprehensive guide to soccer positions explained for some further guidance on each crucial area of the pitch.

More interested in exploring the parallels between creative midfield and straight-up attack? Take a look at our article on the role of the attacking midfielder.

Is a false 9 a forward or an attacking midfielder?

False 9s occupy a middle space between attacking midfield and striker, dropping back to provide creative support while also scoring goals themselves. Different players interpret this role in different ways. For more of an idea about exactly what the attacking midfield position entails, check out our guide to the role here.

No, they are not exactly the same. Whilst a 9 is generally the main striker and a 10 is the secondary striker, a false 9 is a combination of both. The false 9 has the freedom to drop deep from the forward position into midfield, allowing them to receive the ball deeper in the pitch and creating space to allow the midfield or wide players to run into.

Yes, Lionel Messi has successfully played in a false 9 across his career. However, as arguably the best player of all time, Messi can play anywhere across the forward line as well as midfield.

Is Firmino a false 9?

Yes, Roberto Firmino is one of the best examples of a false 9 in the Premier League, with his ability to drop deep and make play being the perfect combination alongside the likes of Mohamed Salah, Sadio Mane and Luis Diaz etc.

From goalkeeper to defense, to midfield, and attack, there are a wide variety of different roles on a soccer field, including more unusual positions such as the false nine or the deep-lying playmaker. Check out our guide to the different positions in soccer for some more information on each role.

What is a hat trick in soccer?

Generally the reserve of only the most talented forwards, a hat trick in soccer is when a player scores three goals in the same match. It's an impressive feat, and not something that happens very often (at least, until Erling Haaland joined Manchester City...) Check out our guide to hat tricks in soccer here.