The Role of the Striker in Soccer 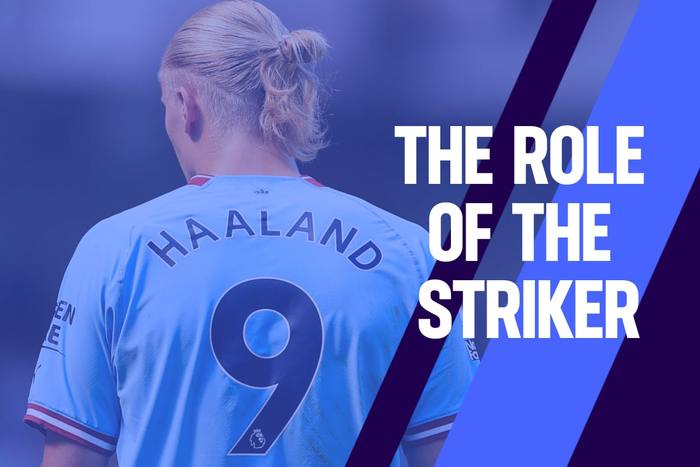 In soccer, attackers often grab the headlines. Whether it's Karim Benzema leading Real Madrid's phenomenal charge to the 2022 Champions League trophy, or Kylian Mbappe once again taking center stage during the Qatar World Cup, if you score goals, you're going to get noticed.

While any good team needs a strong core, from goalkeeper through to the central defender and midfield players, it's the players up top that will usually get the spotlight. But the role of a striker goes way beyond just trying to score a goal or two. In the modern game, it's a complex position that requires a variety of different skills. In this article, we'll be explaining those qualities in some depth. 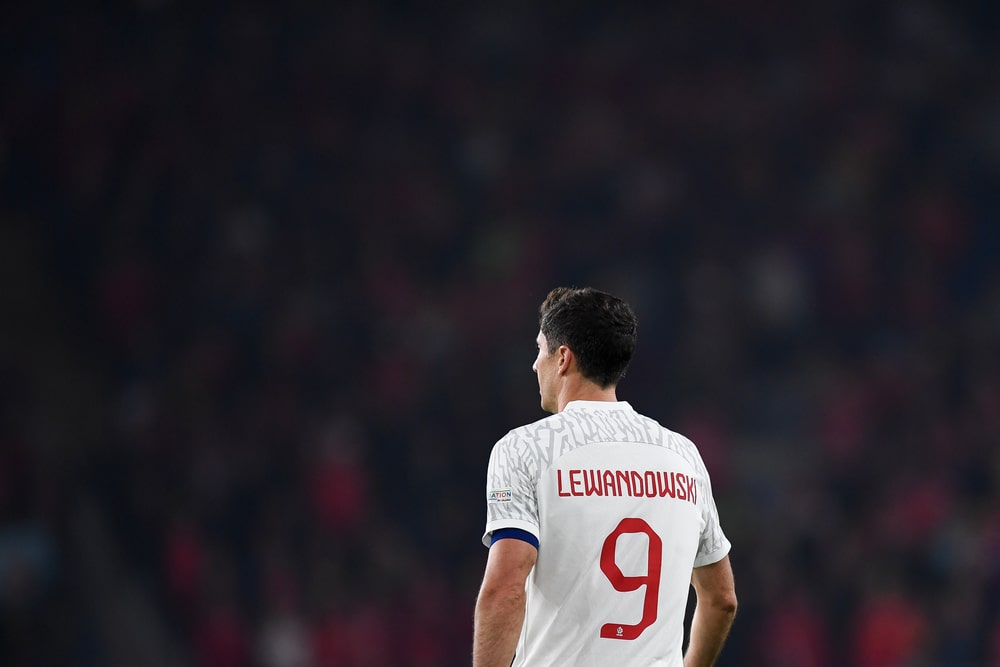 We'll start off by exploring the basics of the striker role, before discussing all the main attributes needed to be a great striker in soccer. Later on, we'll give you a list of some of the greatest strikers in the world right now, as well as going through some of the best forwards in the history of the game. Once we're done, you'll have a fountain of knowledge about arguably the most glamorous soccer position there is on the field,

What Is A Striker In Soccer?

Legendary Dutch footballer and coach Johan Cruyff, the architect of the Total Football philosophy, famously once said "To win you have to score one more goal than your opponent." It sounds simple, but it's a principle that many attack-minded thinkers would agree with. And if, like Cruyff, you want to build your tactics around ambitious attacking football, there's one type of soccer player that is absolutely crucial: a striker.

The striker is one of the most important soccer positions there is. Generally the most advanced players on the pitch, their primary job is to score goals and assist other attacking players around them.

The striker role can vary a lot; as association football has developed over the years, other, more specific types of strikers like the false nine or the inverted winger have developed, and the traditional position of the number 9 has become less commonly seen. In this article, we'll explore those different variations of striker play, but our primary focus will be the role of the central striker, also known as a center forward.

Traditionally, center forwards will also be referred to as "number 9s" due to the digit usually worn on the back of their shirts — a trend carried on today by the likes of Benzema, Robert Lewandowski, and Erling Haaland. However, the game has come a long way since its early days, when tactics were basic and attacking play was highly individualistic. Now, the demands on strikers are arguably greater than ever before. Let's take a dive into the key attributes needed for players occupying this position on the field.

The Key Traits Of A Striker In Soccer

Depending on the formation employed by the coach on the touchline, the striker role can vary a lot. Some teams play with two forwards in a 4-4-2 or 3-5-2 system, while other coaches will decide to operate with a lone striker. Whatever shape is used, a number of qualities are crucial. Let's take a look at all of the key skills that a good striker needs.

Probably the most essential aspect of the striker's job is scoring goals, which evidently requires strong shooting abilities. Strikers need to be a constant threat to their opponent's goal, and from a variety of different situations, too. A good striker needs to be able to score a tap-in from close range, a low strike inside the box, a tight finish from an acute angle, and a powerful strike from distance. Another crucial consideration is penalties; often, a team's chief penalty taker will be their starting striker, so being able to consistently finish these chances is important.

A great degree of calmness, composure, and balance is needed by any professional footballer, whether they're an attacking midfielder looking to keep possession of the ball or a central defender attempting to make a clearance while under pressure. However, there's arguably no area of the pitch in which composure is needed more than the business end — converting chances in high-pressure situations is the bread and butter of any decent striker. 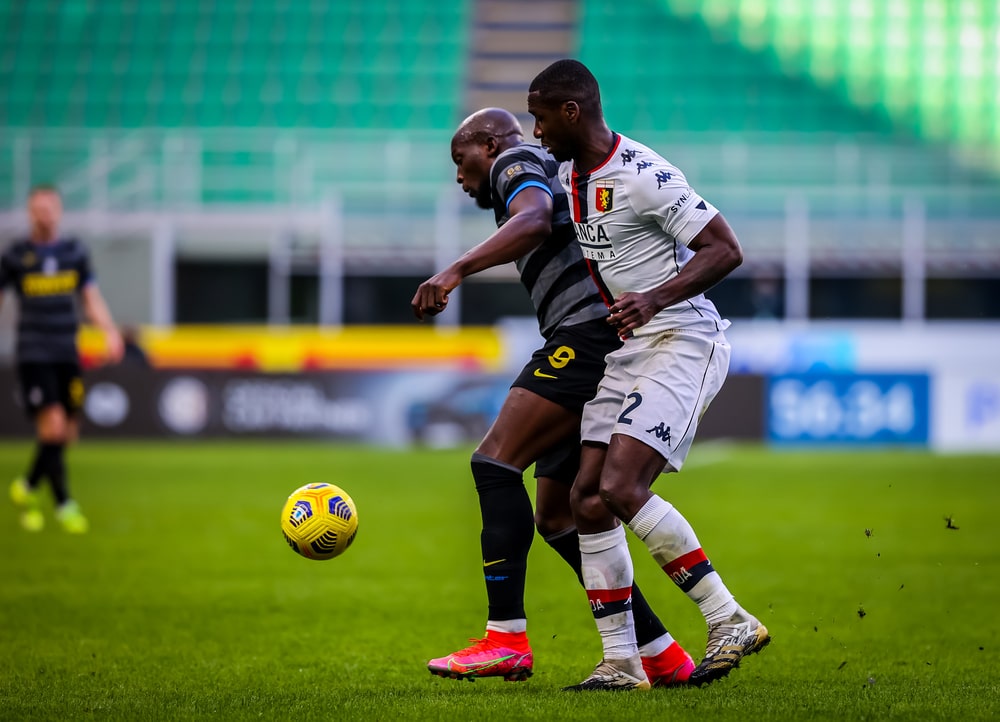 An essential skill within the striker's arsenal is solid hold up play. This means being able to receive the ball while under pressure from defenders, use your body to shield it and keep possession, and bring other players into the game. Essentially, this is about providing your teammates with time to get into a supporting position, before ensuring you play an accurate, well-timed pass to bring them into play. Hold up play is particularly crucial for physically-imposing, old school center forwards.

It goes without saying that the elite-level professional players we watch in competitions such as the World Cup, European Championships, and the Champions League are blessed with extraordinary technical skill. When we talk about this aspect of the game, we're referring to things like ball control, first touch, passing, and dribbling. And when we get to the advanced areas that are central to the soccer striker position, the importance of each technical action being spot on cannot be overestimated.

Players who occupy the forward position need to have a strong understanding of what types of run to make and when to make them. Should they drop back to link up with playmakers and creative midfielders? Should they shift wide and allow wingers to attack the central areas of the pitch? Or should they aim straight for the box and look to get on the end of wide crosses? Intelligent movement can help confuse and overpower a defensive backline by beating the offside trap and timing attacking runs to perfection.

The Best Strikers In The World Right Now

The skills we've just listed can be seen in abundance when watching the highest-level strikers in world soccer. Here are a few names that stand out amongst that group. 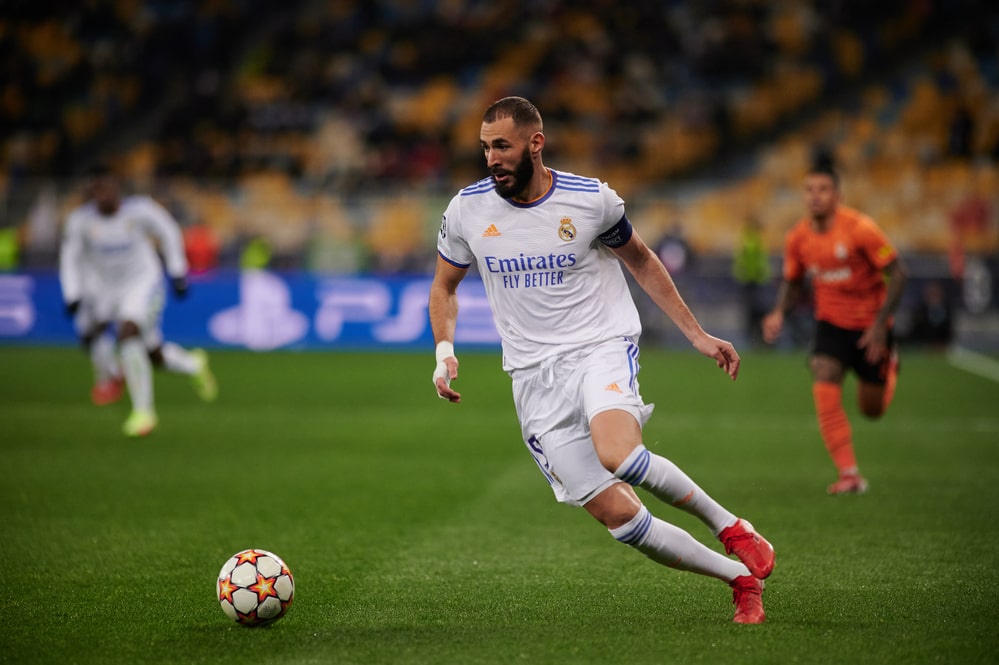 Winning his first-ever Ballon d'Or trophy in Summer 2022, France forward Karim Benzema is a player that has matured like fine wine. The 35-year-old has been an essential component of Real Madrid's attack for several years, and in that time he's racked up an outstanding five Champions League winner's medals. A prolific scorer both at club level and for his home nation France, his recent form has cemented his status as one of the greatest strikers of the 21st century.

At the 2022 Qatar World Cup, Poland's Robert Lewandowski fulfilled a long-held personal ambition by scoring for his country at a World Cup. The 34-year-old recently moved to Barcelona after scoring a staggering amount of goals in the Bundesliga for Bayern Munich and Borussia Dortmund, clubs at which he spent years operating as the focal point of attack. A potent finisher with aerial ability and the cleverest of movement, he has scored over 500 career goals for club and country.

The first two names on this list are edging towards the twilight of their careers, but this man is only just getting started. The Manchester City forward, signed from Borussia Dortmund in summer 2022, is just 22 years old, and yet he's already one of the greatest strikers in the world. His stats are phenomenal, with the Norway international already having notched over 150 goals at club level, and he's a remarkable physical specimen, too, standing at 6 ft 5 in with the pace to beat any defender on the planet. 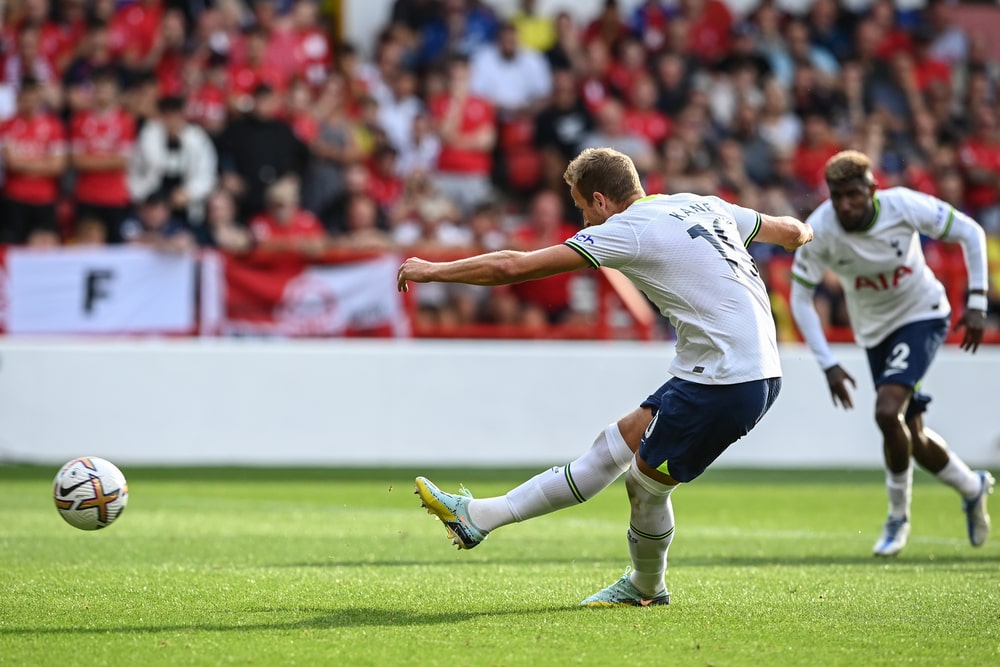 England's talismanic striker Harry Kane is one of his nation's greatest ever strikers, and he's already on course to become one of the Premier League's best-ever attackers. A remarkably versatile finisher with the ability to drop deep, link up with teammates and provide assists, his game has developed impressively over his career so far, and his 192 Premier League goals make him the third-highest scorer in the league's history.

The Best Strikers Of All Time

The players in the previous list are all capable of reaching all-time legend status; here are a few strikers that already have. 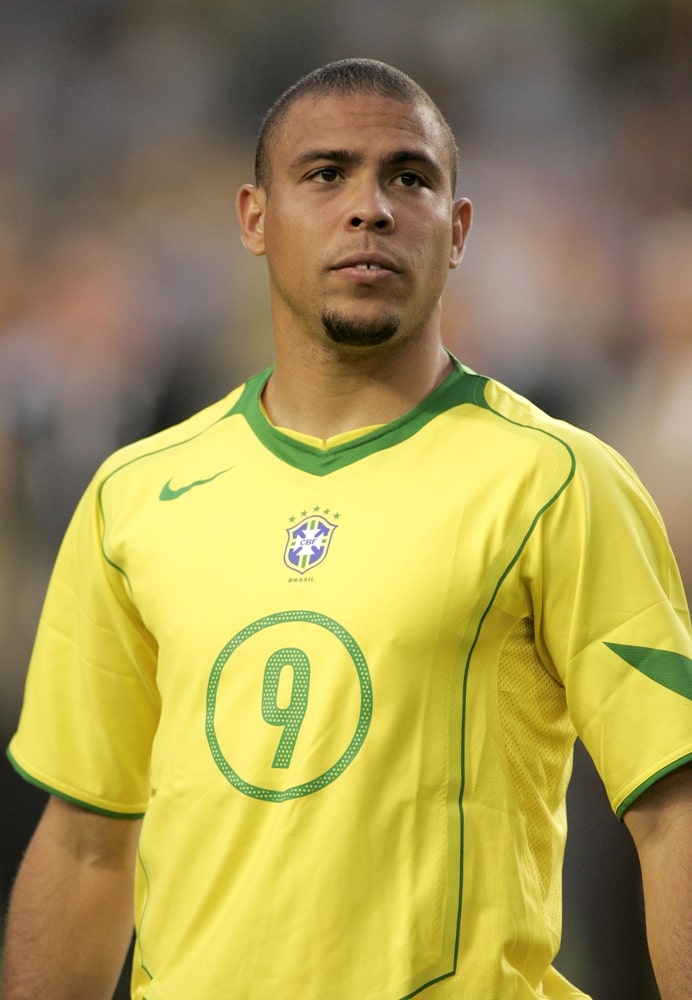 "The original Ronaldo", as many name him to differentiate the Brazil striker from Portuguese talisman Cristiano, the man who helped lead the Selecao to the 2002 World Cup trophy remains one of the most talented forwards the world has ever seen. Making his name at prestigious clubs including Real Madrid, Barcelona, AC Milan and Inter, he's a striker that reached the absolute heights of the professional game, with a scoring record to match.

This man needs no introduction. The only player to have won three World Cups (1958, 1962, and 1970), the Brazil legend had a huge impact on the international game, and he remains one of the best goal scorers to have ever played the game. His official goal tally is often disputed, but records suggest that his long career at Santos and New York Cosmos saw him rack up over 600 goals, an astonishing figure that justifies his status as "the greatest player of all time" in many people's eyes.

Gerd Muller's death in August 2021 sparked an emotional response from the footballing world. The former Germany and Bayern Munich striker was an icon of the European game, a man who scored well over 500 goals from club and country, winning multiple Bundesliga titles, a Ballon d'Or, and the 1974 World Cup, amongst many other honors.

Arguably Portugal's greatest-ever striker, Eusebio scored an incredible 638 goals from 614 games in an extraordinary career that peaked during the 1960s and 1970s. His playing highlights included a European Cup win, and a European Footballer of the Year triumph, and he was best-loved at Benfica, one of Portugal's oldest and most celebrated clubs.

Strikers continue to shape the game we all love and provide us with wonderful footballing memories. Long may it continue.

If you'd like to further increase your knowledge of the different roles occupied on a soccer field, head straight over to our article on soccer positions explained. Or if you want to dive into a specific type of attacking role that links closely to that of a striker, check out our guide to the false nine position.