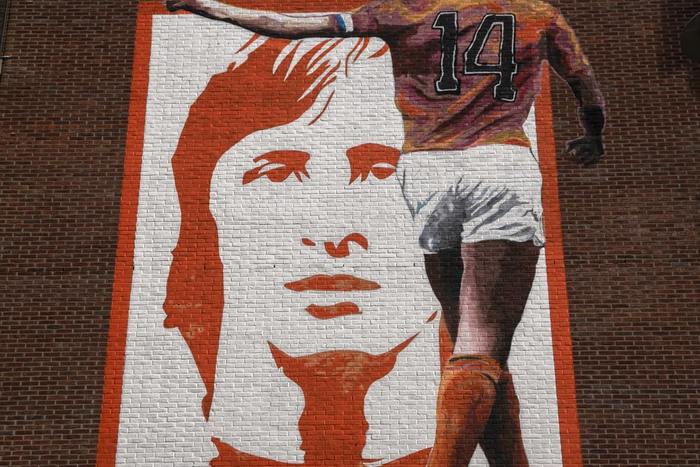 The beautiful game is made up of a wide range of different tactical styles and coaching strategies. Some teams use intense counter-pressing to win the ball in high positions. Others go direct, utilizing the power of long balls and aggressive set-piece play.

One tactical blueprint that has had a major long-term impact on the sport is the concept of Total Football. Revolutionary when first introduced, its mark is still evident in the modern era.

But what exactly does Total Football involve? In this article, we'll explore this philosophy, digging into its roots and key uses. We'll explain the main strengths and weaknesses of Total Football, and take you through its biggest advocates. Let's get into it.

Perhaps the most influential style of football in the history of the game, Total Football refers to a fluid tactical playing theory in which any outfield player adopts the role of any other player in the team.

Total football is all about creating a fluid system in which no outfield player remains in a fixed role. Any player can switch between defence, midfield, and attack, with the only player expected to remain in their fixed position throughout the match being the goalkeeper.

This constant switching of positions is reliant on players instantly replacing their teammates when they move to a new area of the pitch, so communication is crucial. Essentially, we can boil down this philosophy into two key concepts:

The combination of these two key tactical ideas can create chaos for opposition defenders who struggle to manage the complex positional switches taking place in front of them. And as long as players are pushed up the pitch, this positional fluidity doesn't compromise the defensive shape of the team.

This playing style is most closely associated with the Ajax and Dutch national sides of the 1970s. The term "Total Football" was first used to describe the 1974 Netherlands World Cup side.

However, it was influenced by other key tactical innovators. Total Football had its roots in the Austrian national side of Matthias Sindelar in the 1930s, and in the famous Puskas-featuring Hungarian sides of the 1950s.

Several English coaches also played an important role in laying the foundations for the development of Total Football. Jack Reynolds managed Ajax over 3 spells between 1915 and 1947, while Vic Buckingham had two stints as boss between 1959 and 1965. Sindelar's Austria side was also greatly influenced by continental pioneer Jimmy Hogan, a Burnley native. These men were all instrumental in setting the scene for legendary Ajax boss Rinus Michels to develop his free-flowing formula for success.

Michels played under Reynolds before replacing Buckingham in the dugout, taking charge of Ajax in two spells between 1965 and 1976. The pattern of players developing the work of their coaches continued with the legendary Johan Cruyff, one of football's greatest ever thinkers. Having been taught the principles of Total Football by Michels, Cruyff implemented his unique tactical brand as the manager of Ajax and then Barcelona, introducing the world to innovative new tactical ideas and having an impact on football that is still being felt today. 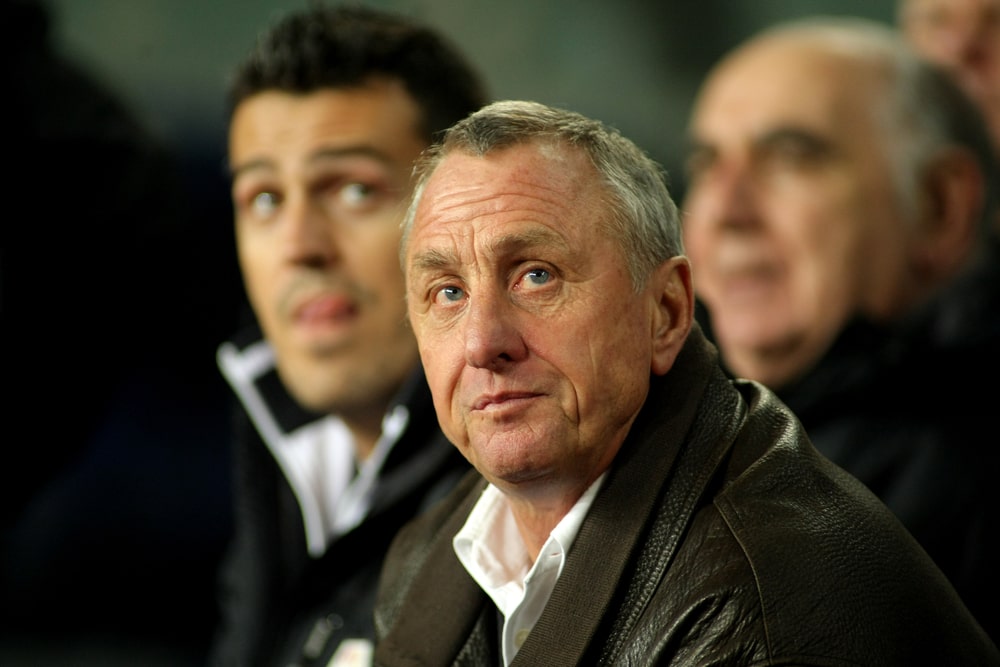 The Strengths of Total Football

A number of ideas are implemented in order to make this kind of system work. First, a very high defensive line allowed Ajax and Netherlands players to press the opposition with intensity, limiting the space afforded to players on the ball. In terms of formations, the shape most associated with Total Football is 4-3-3, which becomes more of a 3-4-3 as the libero, or sweeper defender, steps up into midfield. This shape allows defenders to start off attacking moves themselves.

The Weaknesses of Total Football

As you might expect given the complicated nature of this system, the demands on players are extremely high. Not only does the positional knowledge, adaptability, and technical ability of every single player need to be top class, Total Football also requires very high levels of fitness. This is because players are constantly switching positions, moving into new areas, and running with intensity, both in and out of possession.

Its tactical success depends massively on the adaptability of each footballer within the team, with players needing to be comfortable in multiple positions. Therefore, if you don't have players that are adequately intelligent and technically diverse, it's a risky system to implement.

The benefits of this setup can also be negated by well-organised, well-coached teams, as was shown by West Germany in the final of the 1974 World Cup. By man-marking aggressively and flooding the midfield, the Germans were able to reduce the attacking potency of the Total Football formula, going on to win the match 2-1 and lift the World Cup trophy as a result.

Which Football Teams Have Utilised This Style of Play?

We've already touched on where Total Football came from and which sides were the first to utilise this philosophy, but it's worth digging into this a little deeper. So who is best known for their employment of this tactical setup?

Nicknamed "The Wunderteam", the Austrian national side of the 1930s were one of the greatest ever international football teams, but they're often overlooked in conversations about the greatest to ever play the game. Managed by Hugo Meisl, the Austrians became renowned for a quick passing style of play that was introduced to Europe by English coach Jimmy Hogan.

Reliant on fluid positional play and possession-based football, the Wunderteam was built on the same foundations as Total Football, and it was instrumental in inspiring coaches like Michels to adopt a similar style of play.

Throughout most of the 1940s, Argentinian giants River Plate forged an outstanding team that was dubbed "La Maquina" (The Machine) due to their dazzling football and domestic dominance (they won the Argentinian league in 1941, 42, 45, and 47. 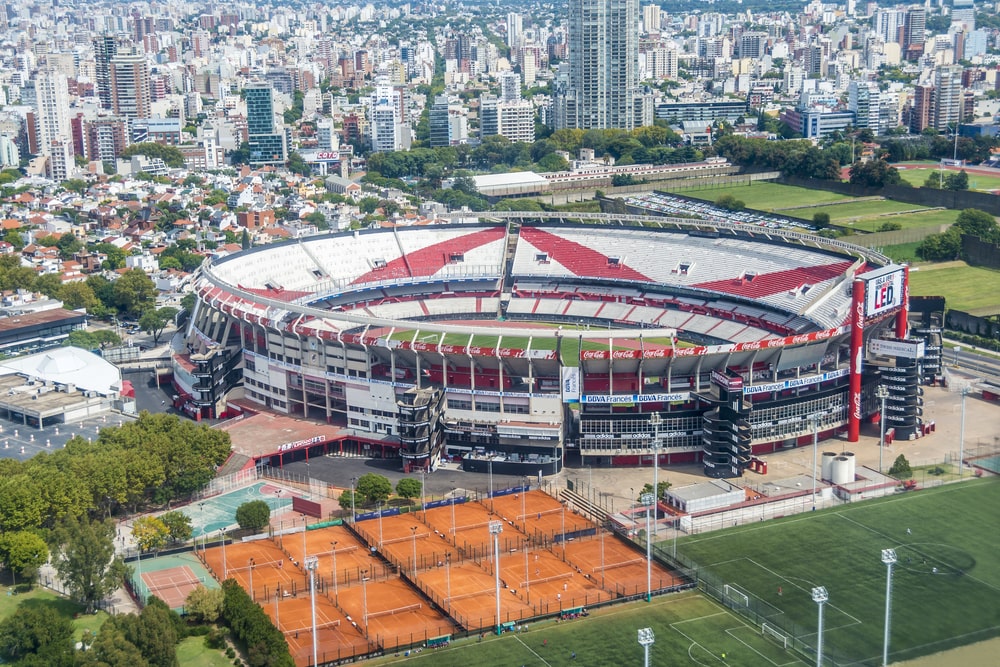 Led by players like Carlos Munoz, Jose Manuel Moreno, Adolfo Pedernera, and Angel Labruno – (who had perfected the idea of the 'false 9' position), "La Maquina" used a highly fluid attacking style in which various players were able to regularly switch positions and confuse opponents. This Total Football prototype was well ahead of its time, that's for sure.

It would be remiss not to include the iconic Dutch international side of the 1970s. Managed by the likes of Rinus Michels, František Fadrhonc, and Ernst Happel, the Netherlands served up some of the most fluid, dynamic Total Football the world has ever seen. This side were the first team to engage in wholesale positional changes up and down each wing, and it led to plenty of success, with the nation reaching two World Cup finals (in 1974 and 1978).

During their most successful period in the early 1970s, the Dutch national team's spine was Blankenburg (sweeper), Neeskens (central midfielder), and Cruyff (forward). The players in wider positions generally had more license to switch around; however, even this central spine engaged in the typical swapping of Total Football, with Cruyff regularly dropping off or moving wide to create space in the middle of the pitch.

In terms of personnel, there was a lot of crossover between the Netherlands' national team and Eredivisie side Ajax during the 1970s. Therefore, you might not be surprised to learn that the Amsterdam club were one of the most famous ever advocates of Total Football. In fact, Ajax actually enjoyed far more success (at least in terms of trophies) than the Netherlands did during this period.

While the 1974 Netherlands World Cup side introduced Total Football to the world, in the seasons preceding the tournament, it had allowed Ajax to dominate their domestic league. They achieved a perfect home record (46 wins, 0 draws, and 0 losses) over the course of two consecutive seasons (1971-72 and 1972-73), winning the league title both campaigns, while also getting their hands on the KNVB Cup, the European Cup, and the Intercontinental Cup.

The Impact of Total Football

Throughout the modern game, there are numerous examples of top coaches whose footballing philosophies are influenced by the thinking behind Total Football.

Due to Cruyff and Michels' work at Barcelona, Pep Guardiola is one of the most prominent modern coaches inspired by the teachings of Total Football. His approach to positional play, often reliant on vertical overloads, takes plenty of inspiration from the Total Football philosophy pioneered by Cruyff and co. 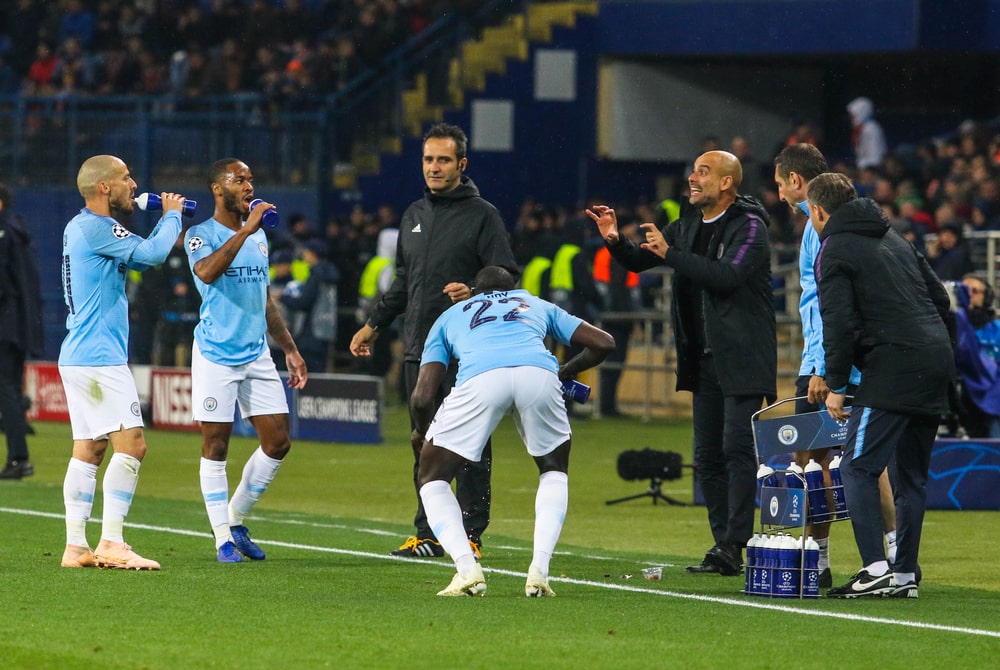 Former Leeds United, Athletic Bilbao, and Argentina coach Marcelo Bielsa, whose teams focus on controlling space, interchanging fluidly, and pressing with intensity, is also inspired by the foundations of Total Football. While the English Premier League used to be the home of the 4-4-2 system and the direct, physical play that came with it, nowadays you're far more likely to see fluid, interchanging, possession-based teams in action.

Promoting the idea that no one individual is more important than the team, the tactics of Total Football show how positional fluidity and utilisation of space can create all sorts of advantages over opponents.

If you'd like to find out more about the tactical side of the game, we've got lots more content for you. Check out our piece on article on gegenpressing, or for something a little less complex, have a look at our guide to soccer positions explained.

Who was Johan Cruyff?

Johan Cruyff was a legendary Dutch footballer and coach who was instrumental in developing the Total Football style of play used by Ajax and the Netherlands national team during the 1970s. He went on to manage Ajax and Barcelona, influencing great tacticians like Pep Guardiola and Ronald Koeman.

What are the main formations in soccer?

There are a number of super popular formations within soccer. Our article on the most popular soccer formations explores classic systems such as 4-4-2, 4-3-3, and 3-5-2.

The term "gegenpressing" derives from the German for "counter-pressing". At its core, this means to win the ball back from the opposition immediately after losing it, preferably in advanced areas of the pitch. Check out our article on the subject.