The Return Of The Long Throw-in: Who Is Behind Brentford F.C.'s Innovative Set Piece Strategy? 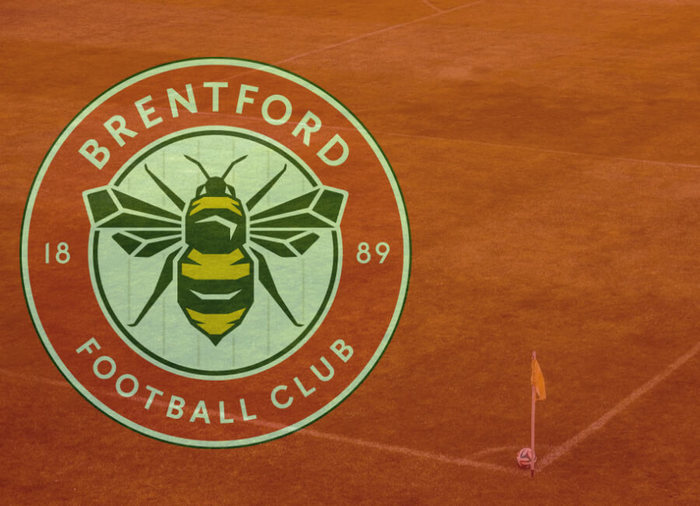 Many people have been surprised by the bold and refreshing approach Brentford have taken to their first ever Premier League season. But anyone who's watched their progress in recent years will know that this is a club that tends to do things differently. From scrapping their academy in favour of an innovative B Team model, to employing a data-driven strategy long before many English competitors, the West London side have been highly progressive ever since sports gambler and longtime supporter Matthew Benham's acquisition of the club in 2012.

One area of the game in which Brentford are particularly ahead of the curve is their approach to set pieces. Throughout the 2021-22 campaign, they've continually created havoc in opposition boxes with their height, physicality, and most importantly, a series of carefully-drilled routines. A recent article by The Athletic's Jay Harris analysed the efficacy of some of their most inventive set plays. They've adopted a number of incredibly aggressive techniques; for example, they regularly place all ten outfield players around the opposition penalty area, with four players circling the box waiting to pick up loose balls. Meanwhile, the bigger aerial targets (the likes of Ivan Toney and Ethan Pinnock) alternate between a few routines. Sometimes it'll be a four-man shuffle around the penalty spot, other times players will crowd the goalmouth before dropping off to win the first header (this led to Mathias Jorgensen's goal against Leicester in October). Tactics vary immensely, but Brentford always have a surprise up their sleeves.

And the result of this set piece innovation? Chances, and more importantly, goals. Football analyst Tiago Estêvão recently shared a fascinating statistic focused on Brentford's use of throw-ins this season. During the 2021-22 campaign, the Bees have averaged 0.95 shots per 90 minutes from throw-ins. Meanwhile, every other Premier League team combined have averaged just 1.09 shots per 90 from throw-ins. Similarly, the West London side have averaged 0.09 xG per 90 from throw-ins, while every other side combined only marginally edge them with 0.12 xG. This remarkable gulf in attacking product highlights just how effective Brentford's strategy is, but it also begs the question: why has no one else cottoned onto this?

Well, the truth is, certain teams have begun to; unfortunately for them, Brentford's tradition of specialist coaching has been established for much longer. And when it comes to the set piece experts currently doing the rounds in elite football, most of them come from the Brentford school. Let's take a look at the people behind this highly effective strategy.

Tactical Statistician Bernardo Cueva is the man currently overseeing set pieces for the Bees. Born in Mexico, the specialist coach was previously Strategic Analysis Manager at Club Deportivo Guadalajara S.A. de C.V., AKA Chivas, before he moved to the UK in September 2020. And if his predecessors are anything to go by, Cueva's future looks pretty bright.

"You have to see it as a long-term project. A big part of the job is not getting desperate, and accepting that, over time, we will improve. At Brentford, it was easy for me to step in and do the detailed work I wanted, because the foundations were in place."

According to Georgson, an organic approach to set piece coaching is ideal. "If you're a specialist, then it's easy to think, "I need more time in my specialist area". But I don't think that's the way to think of specialists in football — the process has to be holistic, synchronised."

“[Set pieces] are something that both (co-Directors of Football) Rasmus Ankersen and Phil Giles care deeply about, and they will tell us if they think we don’t utilise these set piece situations well enough, or if we don’t allocate enough time at training to work on our set pieces.

“We believe there are about 60 set piece situations in every game, which means it’s basically 60 times that you can potentially create a chance of scoring. Considering how much work goes into creating chances in open play, it makes sense to make use of all these situations."

However, a number of cynical ex-pros and pundits have decried recent trends towards specialist coaches, with Aston Villa's employment of set piece expert Austin McPhee creating waves last summer. Old-school football types sometimes feel as though too much emphasis is being placed on this side of the game, but that's not stopping set play pioneers from continuing their work. 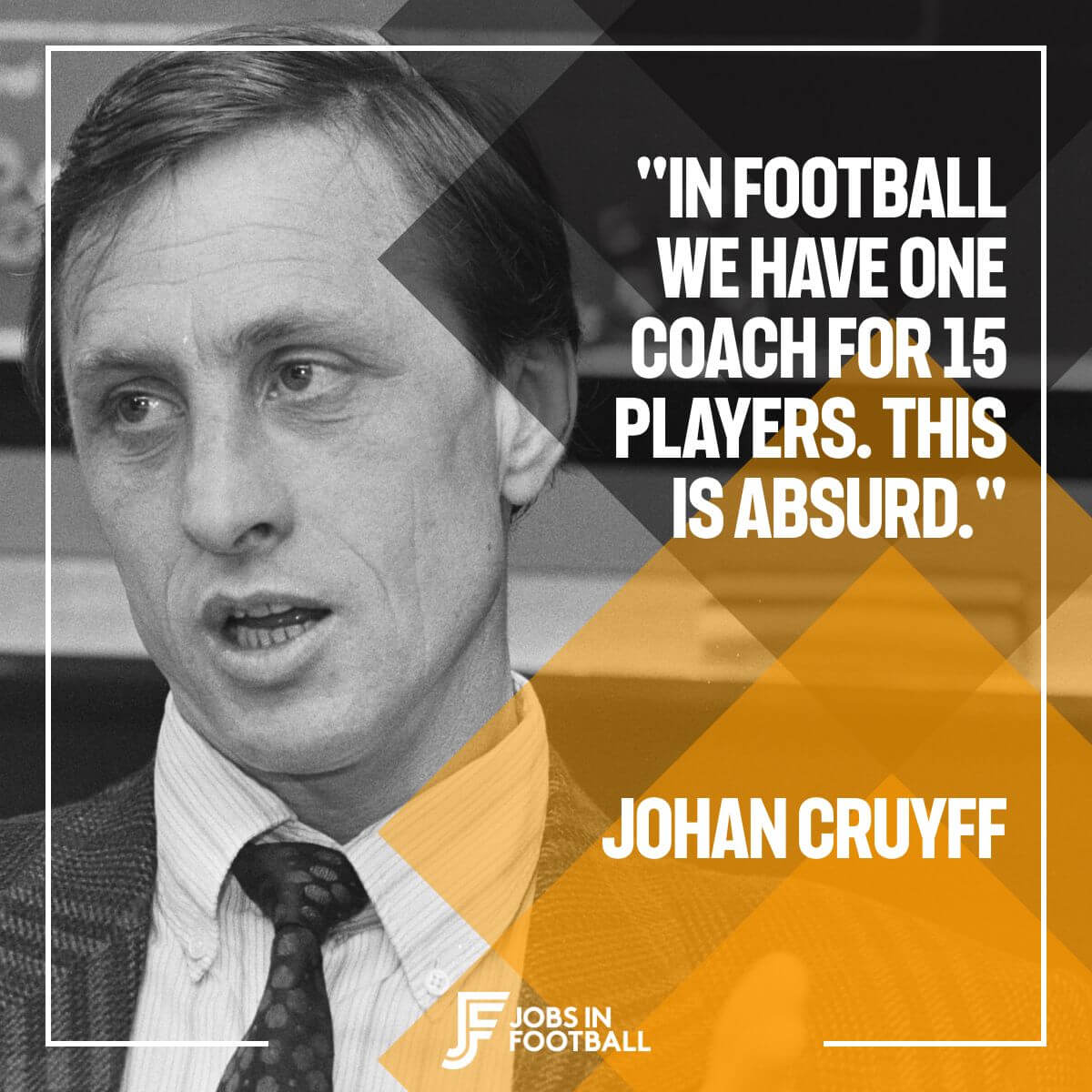 “Hiring someone full-time with the sole purpose to improve our set-pieces will undoubtedly improve the quality of our set pieces. It’s one of our ways to create a competitive edge." said Riemer.

Ultimately, this is a question of marginal gains. Innovative set piece coaching is one of the best ways to create on-pitch advantages and exploit the weaknesses of opposition defences. Georgson believes this aspect of training is even more crucial when you don't have the huge financial backing enjoyed by the world's richest clubs.

“If you’re a smaller club, you’re left more alone," he said. "If you don’t have people questioning every little decision you make, then it’s also easier to make brave, innovative, risky decisions on how to do things. Because if they go wrong — which they sometimes do, if you want to be innovative — it’s not the end of the world."

And though Georgson readily admits that experimentation can sometimes lead to disappointment, Brentford have clearly gained some significant advantages from their dedicated set piece coaching. While decisions such as the disbanding of their academy caused real controversy and admittedly left huge numbers of teenage footballers out of contract, their approach to set piece-taking seems to make complete sense at surface level. And it's working.

Aside from Aston Villa (who also employ a set piece coach), Brentford have the best goalscoring record from set pieces in the Premier League this season, with 8 goals. They also have the highest Expected Goals (xG) from set pieces, at 11.2 (their nearest competitors being Liverpool, with 9.4). This is pretty remarkable, considering that the newly-promoted side sit 14th in the table, and mathematically could still end up getting sucked into a relegation battle, however unlikely that is.

Clearly, their hard work on set pieces is paying off and allowing them to punch well above their weight. The same could be said for other innovative strategies they've adopted, such as their transition into a B Team system, which stops young prospects being poached by elite clubs for a pittance at source, and fights back against those clubs' stockpiling of talent. The football club's investment in specialists also extends beyond the realm of set pieces, even though that's arguably the most obvious on-field representation of their approach.

"We invest in different types of specialists, whether it be sleep coaches, kicking coaches, to try and raise the level of the players who come in," said Co-Director of Football Rasmus Ankerson in a February 2019 interview.

"Recruitment is the bread and butter of Brentford because we have one of the lowest revenues in the league. We need to make the business sustainable by buying cheap and selling expensive, which is what we've done over the last few years.

"It comes down to not only being able to identify undervalued talent in the market but also we invest a lot in the development players, in different types of specialists."

While Italy's Gianni Vio was employed by the club as a set piece specialist in 2015/16, other experts have gone more under-the-radar; Bartek Sylwestrzak worked as a ball striking coach at Brentford for four seasons until 2018, while sleep expert Anna West is currently employed as a Consultant Sleep Coach. Bernardo Cueva's current role involves generating new insights from data and working alongside the club's Co-Directors and coaching staff to improve team performances. Set pieces aren't the only part of that job, but they are a vital aspect of it.

All Brentford's innovative coaching strategies revolve around doing the basics right in order to squeeze as much as possible out of an over-performing playing squad. And when it comes to corners, throw-ins, and free-kicks, they're seriously reaping the rewards of their inventiveness. Brentford represent a trend of clubs starting to see the bigger picture, with head coaches and managers simply playing a part within a much larger puzzle in which every detail of the game is managed closely in order to maximise success. By employing and developing tactical experts such as Bernardo Cueva, Andreas Georgson, Nicolas Jover and Gianni Vio, Brentford have not only improved their set piece performance, they've also enhanced people's awareness of the importance of this side of the game. Now, it's time for everyone else to catch up.