The 4-3-3 Formation: Its Uses, Benefits, and Weaknesses 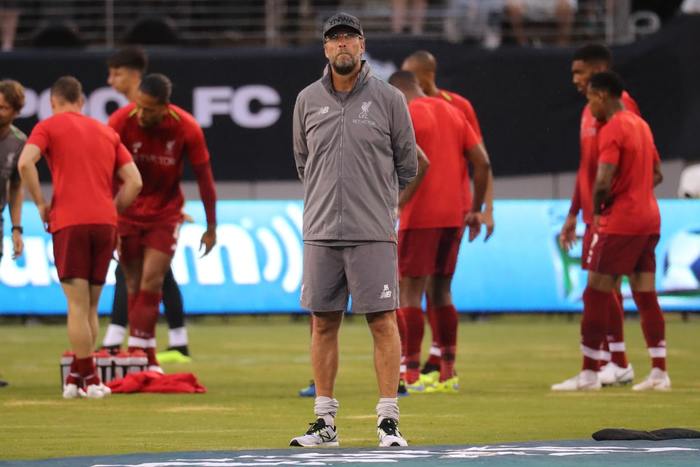 In football, there's no right or wrong way to approach a game — every tactical system has its strengths and weaknesses. While some coaches will line up defensively and try to limit opposition chances, others will press aggressively, looking to win the ball high up the pitch and create lots of chances. One of the most important aspects of any tactical system is the choice of formation. In this article, we'll be exploring one of the most popular formations around: 4-3-3. What does this setup look like in action? And why do coaches opt for it?

This formation is made up of 3 key layers, and is generally seen as an attacking formation. At the back, the goalkeeper is protected by 4 defenders (a right-back, two center backs, and a left-back). In front of them are 3 central midfielders, who can be organised in a variety of ways (we'll expand on that shortly). Finally, the attack is led by a front 3, which is generally made up of two wingers (or in some cases, inside forwards) and a central striker as a focal point in the attacking phase.

This layout allows teams to evenly cover the pitch and ensure a healthy balance between defence, midfield, and attack. That being said, different coaches will choose different ways of organising players within the 4-3-3 formation. Probably the most common variation used involves dropping back one of the three central midfielders into a defensive position where they can provide protection for the back four as a holding midfielder. For a more offensive option, it's also possible to push forward one of these midfielders to support the attack, while the two other midfielders sit in behind.

As soccer formations continue to evolve, one inventive variation of 4-3-3 has gained increasing prominence. This is the development of the 'false nine'. In this form of the 4-3-3 formation, a team's central forward will drop into a slightly deeper, more creative role, linking the midfield and attack and allowing the two wide players to cause problems higher up the pitch. This has the benefit of confusing opposition defenders by blurring the lines between midfield and attack and making it more difficult for them to know who to mark. But this is just one of many examples of the tactical flexibility it provides — let's spend some time looking into why people opt to play 4-3-3.

What are the strengths of a 4-3-3 formation?

One of the key benefits of the 4-3-3 formation is that it allows teams to press the opposition's defence high up the pitch into the final third. It's this purpose that makes it the favoured formation of bosses like Liverpool's Jurgen Klopp (an advocate of the intense gegenpressing strategy). A huge amount of pressing work will be completed by the forward 3, forcing the opposition into making mistakes that can be capitalised upon. But the front 3 aren't the only creative outlines within this setup.

The midfield 3 don't just cut out the opposition passes that make it through to them and provide cover to the back 4. They also look to dominate possession in central areas and progress the ball forward. A variety of passing angles can be created using this shape, allowing the development of 'tiki-taka' style football (more on this later). Alternative attacking routes can also be offered by the full-backs, who within this system will often push forwards past the central midfield 3 to offer width in offensive areas with overlapping runs. Liverpool's full-backs Trent Alexander-Arnold and Andrew Robertson are masters of this, but it's only possible because of the defensive protection and opportunities for passing provided by the central midfield 3. 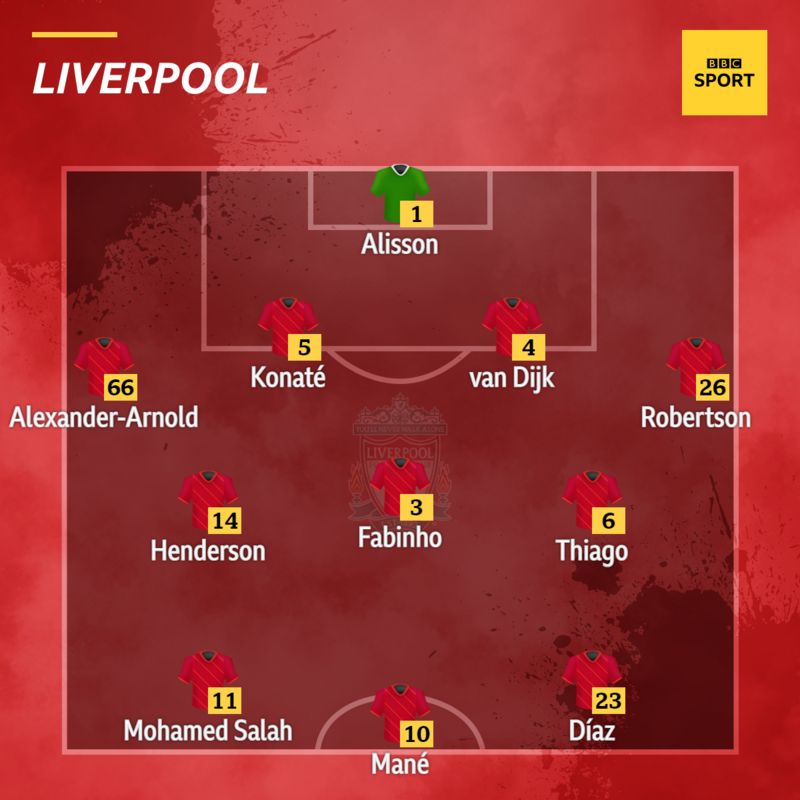 What are the weaknesses?

The 4-3-3 shape can sometimes leave teams lacking slightly in defensive areas, particularly if their full-backs push up high. This is particularly true in the event of opposition counter-attacks, which can be especially dangerous if a team is playing a high defensive line. An example of this came during Aston Villa's remarkable 7-2 win over Liverpool during the 2020-21 season.

Fitness is also a key issue here. If players aren't fit enough to press properly, it can be difficult to make a 4-3-3 system work as they may be particularly susceptible when against quick counter attacks. Full-backs and central midfielders must have particularly high energy and stamina levels, as their jobs involve lots of movement up and down the pitch. There's an important element of discipline involved in the full-back roles, too; if this area of the pitch is your weakest, a 4-3-3 probably isn't the best formation for you. This conforms to a more general rule, which is that this formation can produce an over-reliance on top quality players in key areas of the pitch such the central defensive midfielder.

However, in recent years, the teams who do have those world-class have increasingly used 4-3-3 to get the best out of them. Let's explore some of the most effective examples of this formation in action.

Which clubs and managers prefer the 4-3-3 formation?

There are a number of great modern teams that have used 4-3-3 to great effect. However, this system's roots go back a long way. In the 1960s, both Brazil and England used variations of the 4-3-3 shape adeptly, although it wasn't until the following decade, when the Netherlands' legendary "Total Football" tactic began impacting world football, that 4-3-3 became truly transformational. During his influential time managing Barcelona, the Dutch maestro Johan Cruyff passed on this system to Pep Guardiola, who molded his iconic late noughties Barcelona team using the 4-3-3 system. Guardiola's Barcelona side is perhaps the most famous proponent of this formation, their treble-winning 2008-09 season underlining the system's strengths in terms of dominating possession, suffocating opposition teams, and playing smooth, precise, passing football. That said, it always helps to have Lionel Messi.

Guardiola has also used 4-3-3 to great effect at Manchester City, including during the record-breaking 2017-18 "Centurion" season. His Premier League rival Jurgen Klopp has enjoyed great success with a similar system at Liverpool, most of which has been using a "false nine" variety of 4-3-3. Given the incredible teams that have perfected this popular formation, you'd be forgiven for thinking that this shape can be almost impossible to stop. But that's not strictly true. Let's look at how you can defend against the 4-3-3.

The 4-3-3 structure ticks most boxes both in and out of possession. However, there are ways of stopping even the most well-oiled 4-3-3 machine. One way to counter a high-pressing 4-3-3 structure is by playing around the press, rather than through it. Thomas Tuchel's PSG side provided a great example of this to beat Liverpool 2-1 in the Champions League in 2018. By playing an unorthodox 3-3-4 system in possession, they stretched the play wide and made Liverpool's central midfield 3 narrow and ineffectual. By developing numerical superiority in wide areas, this system counteracts the impact of the wide players in a 4-3-3.

Getting the better of a team that's playing 4-3-3 relies on defensive players having a lot of patience and ensuring they pick out the right passes, even when under intense pressure. Therefore, having good ball-playing central defenders is key to stopping a 4-3-3 system. Once the ball gets higher up the pitch, it's often possible to exploit the high defensive line of the back four by playing early balls in behind that create one-on-one situations with the opposition goalkeeper. While the high defensive line has its benefits, exploiting it is also one of the best ways of hurting a team that's organised in a 4-3-3 structure.

Another crucial aspect of facing up against this formation is fitness; you have to be able to match or ideally better the levels of stamina and energy demonstrated by the opposition. Doing this, while also employing a focused strategy in terms of limiting your opponents' chances and beating their press to get forward yourselves, gives you a chance of being able to stop the 4-3-3 formation from being effective.

Tactics for lining up against 4-3-3 vary from coach to coach. Ultimately, it depends on personnel, and playing to your strengths, while thinking hard about opposition weaknesses. Getting this balance right is the essence of football coaching (check out our piece on how to be a football coach in the UK for additional guidance on this).

It's hard to say whether the 4-3-3 shape is the best in football. It has been the basis of some of the greatest teams of the modern era, including Pep Guardiola's Barcelona, Jurgen Klopp's Liverpool, and Zinedine Zidane's triple-Champions League-winning, Cristiano Ronaldo inspired, Real Madrid side. But at the same time, it has its weaknesses, and today, there are plenty of top teams choosing to opt for other systems, such as the 3-5-2 formation and its variations. There are a number of ways to find success. However, 4-3-3 is certainly one of the most reliable.

If you're interested in finding out more before you take the plunge into coaching, you should consider growing your knowledge base by reading some of the best books about football coaching and tactics.