What is Tiki Taka? 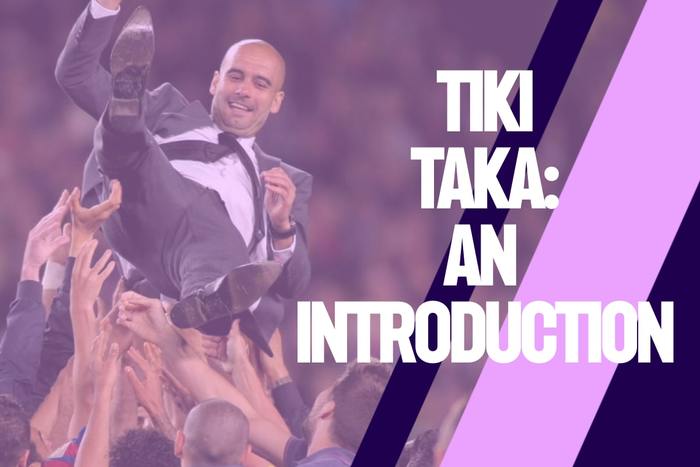 Soccer is a sport that's full of buzzwords, now more than ever before. Total Football, gegenpressing, zonal marking — sometimes it feels like the technical terms never end. However, there's one footballing phrase that's been used so much over the past decade or so that it comes almost as second nature to many soccer fans across the world. Of course, we're talking about tiki taka.

What is tiki taka soccer? Commentators, pundits, players and coaches have all been known to use the term, but if you don't know where it came from or what it actually means, it's easy to end up in the dark. That's why in this article, we'll be resolving any concerns. We'll explore the history of tiki taka, where the phrase came from in the first place, and the role it's played in football in the modern era. We're also going to take a look at some elite teams who have epitomised this philosophy. But let's start with the basics.

What Is Tiki Taka?

On July 1st 2012, under the floodlights of Kyiv's Olympic Stadium, a rampant Spain side put Italy to the sword in the final of the 2012 European Championships. Juan Mata's neat finish wrapped up a 4-0 victory, a triumph that broke records by making Spain the first team to win two consecutive European Championships and the first team to win three consecutive major tournaments, with victory at the 2010 World Cup being the central point of four years of world domination. So how did they manage it?

At the heart of this success was a dedication to the philosophy of tiki taka soccer. This style of play was pivotal to everything Spain did during Vicente Del Bosque's reign as manager between 2008 and 2016, so much so that they're probably the first team that most people think of when they hear the phrase tiki taka. In order to understand how they were able to reach such heights, let's spend some time discussing what this philosophy involves.

Tiki taka is a term used to describe a playing style that emphasises short, intricate, accurate passing, with the primary aim being to keep possession for long periods, work the ball through various channels, and ultimately reach advanced positions in which scoring opportunities can be created. When you watch teams like Del Bosque's Spain and others that subscribe to the tiki taka approach, you'll often see them rack up possession stats of 70% and upwards, with each player expected to be able to control and pass the ball with speed and accuracy, moving into space and acting fluidly in terms of positioning. It's a patient way of playing that's all about keeping the ball moving and figuring out the best time to strike. Spain's 2010 World Cup triumph, in which they won four of their seven matches with a 1-0 scoreline, typified this approach.

What Does The Name 'Tiki Taka' Mean?

You might be wondering why this particular brand of short, sharp passing was given the name "tiki taka", and why it stuck. Most people credit the late Spanish broadcaster Andres Montes with coming up with the phrase, its popularisation stemming from his TV commentary on LaSexta for the 2006 World Cup. However, in Spain the term was already being used colloquially by that point. In efforts to trace its roots, others have pointed to former Athletic Bilbao coach Javier Clemente, who described Spain's performance against Tunisia at the 2006 World Cup by saying "Estamos tocando tiki-taka tiki-taka", meaning "we are playing tiki-taka tiki-taka". Most people agree that this was said derogatively, capturing the view of many that tiki taka football can be tedious and sterile. While this style has led to plenty of success, it's also been derided by certain fans and pundits.

In terms of what that phrase actually means, it has been translated roughly as playing with "light, quick steps", although others believe it's simply an onomatopoeic term that essentially means "touchy-touch" or "tippy-tappy". When you watch this playing style in action, that doesn't seem like the most inaccurate description, to be fair.

Wherever the term itself originated (and there's plenty of debate on that), its impact on football has been massive. To assess the impact of tiki taka across the globe, you only have to take a look at the playing style of the average Premier League side 20 years ago compared with today. Similar developments can be seen in other leagues all over the world. So let's quickly take in the colourful history of the tiki taka philosophy, and how we've ended up where we are today.

The History Of Tiki Taka Soccer

Based on the idea of retaining and circulating possession for long periods of time, with quick, fluid movement designed to aid this target, tiki taka has its roots in the passing football of Johan Cruyff's Barcelona and Ajax teams of the 1980s and 1990s. Formerly a legendary player with the Netherlands, Ajax, and Barcelona, Cruyff also remains one of the most influential coaches the game has ever seen. 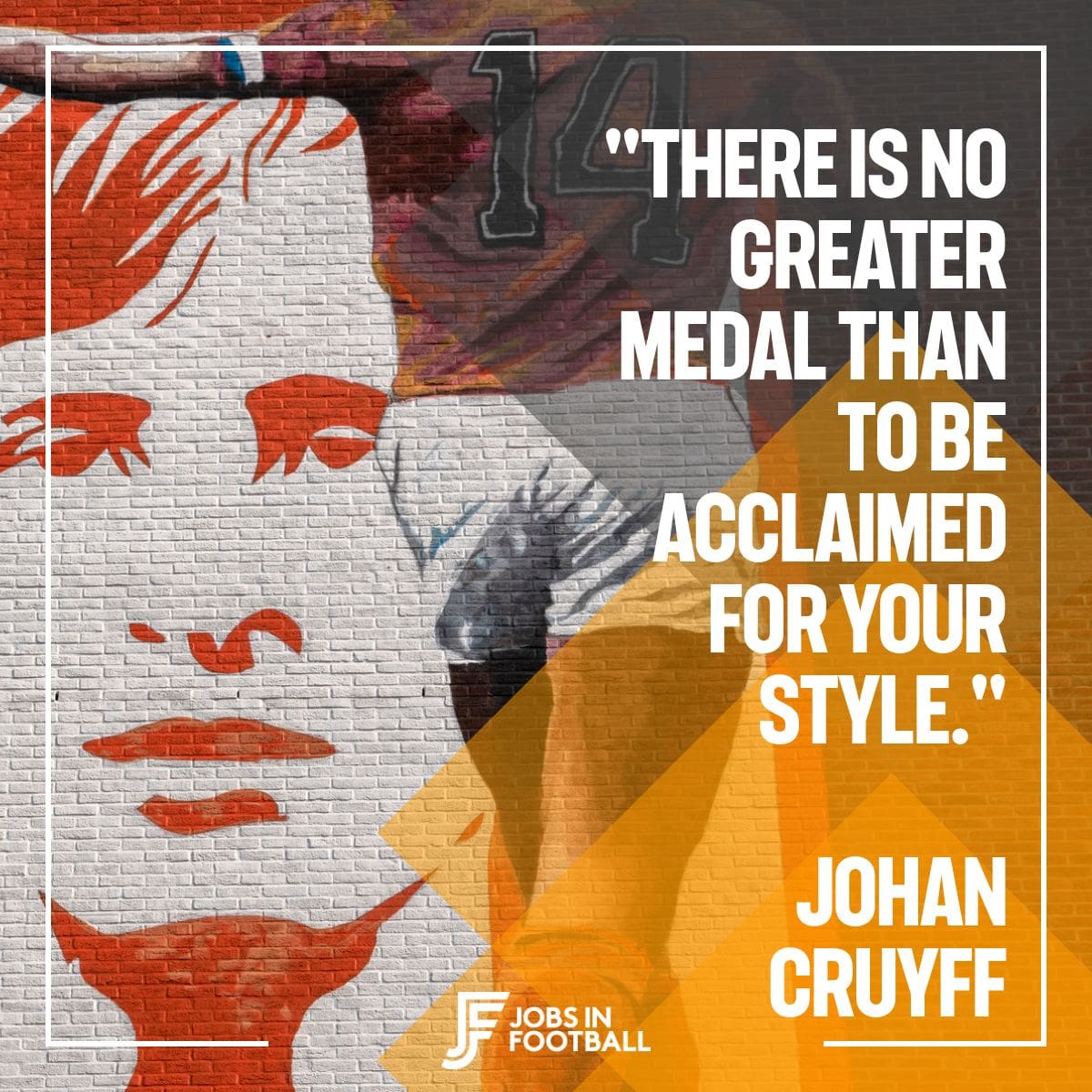 A pioneer of Total Football, a fluid tactical philosophy in which outfield players constantly switch positions and move fluidly, Cruyff implemented tiki-taka-esque football at Barcelona in the early 1990s, laying the groundwork for a club-wide philosophy that sustained for many years. Nowadays, Barcelona's La Masia is famous for its production of a generation of unbelievably talented players such as Lionel Messi, Xavi, Andres Iniesta, and Cesc Fabregas. This golden generation was of paramount importance to Spain's success in the late 2000s and early 2010s (minus the Argentine Messi, of course), and it was the tiki taka philosophy that united them. Taught by La Masia's coaches to implement a possession-minded game of short, sharp, intelligent passing, these players then graduated to the Barcelona senior team, and were blessed with the wisdom of one of the game's greatest ever tactical minds: Pep Guardiola.

Described by Real Madrid legend Jorge Valdano as "the Steve Jobs of football: experimental, brave, a lover of beauty and innovative", Pep Guardiola took a pioneering approach to soccer tactics, implementing an intricate possession-based style which allowed Barca to win two Champions League titles and numerous domestic trophies. He played a major role in the development of the tiki taka style, his Barca team's many trophies showing how effective this philosophy could be. Guardiola himself has since developed his own tactical blueprint significantly, putting more of an emphasis on intense pressing and counter-pressing; however, one of his greatest legacies remains his extremely successful implementation of tiki taka football at Barcelona. 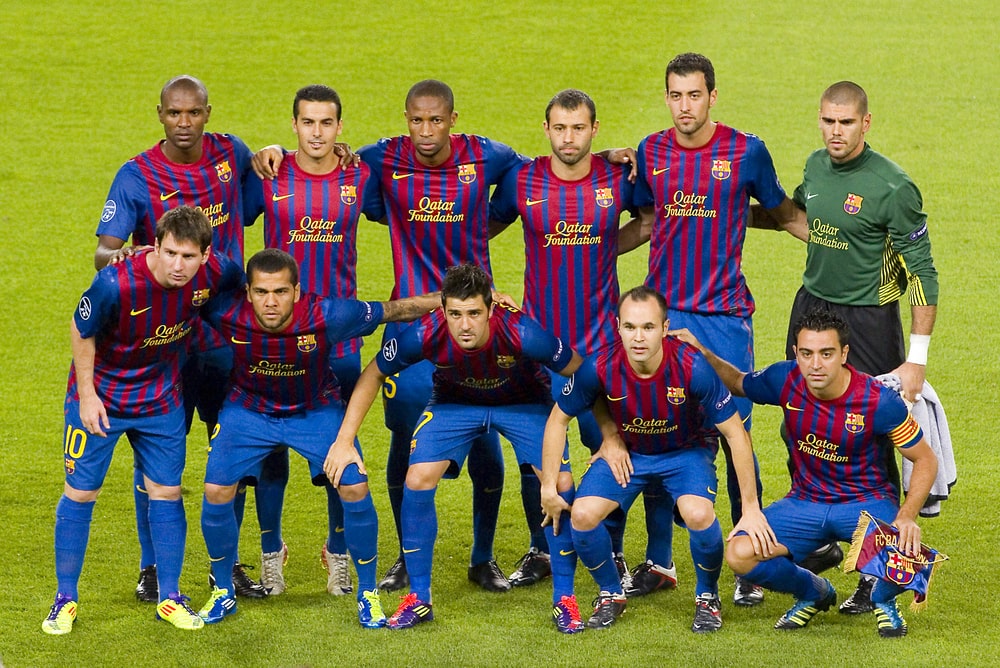 The Barcelona team that won the 2011 Champions League Final 3-1 vs AC Milan.

In the modern era, the legacy of tiki taka football continues to be felt. The vast majority of top flight teams both in England and the rest of Europe attempt to play possession-based football on a consistent basis. While as little as 20 years ago, most goalkeepers would kick the ball long from each goal kick and many English league center-backs would not be expected to regularly build up possession from the back, it's now standard practice for teams to want possession as much as possible, building gradually from goalkeeper all the way to attack.

Other tactical developments have occured in recent years, with pressing playing an ever-greater role in the game, while different forms of counter-attacking and setting up defensively have also influenced football greatly. However, tiki taka could be seen as arguably the most important development in soccer tactics this century.

What makes a great footballing philosophy?

While tiki taka has been the main focus of this article, it's important to note that there are many other footballing philosophies out there that managers use to their advantage. Different systems are implemented for different purposes, but most successful teams will have a clear formula for how they want to approach matches.

Sometimes, the main aim will be to press high and win the ball in advantageous positions. Other managers may choose to defend deep, setting up with a low block that's difficult for the opposition to break down. Some teams will focus on winning aerial battles and dominating from set-pieces, while other sides will focus more heavily on possession. Ultimately, there's no one approach that's the right way to play — Jose Mourinho and Pep Guardiola view the game in very different ways, but they've both managed to accrue a phenomenal amount of success. Ultimately, different things work in different circumstances, and the game is constantly evolving.

If you want to become an expert when it comes to identifying the styles and philosophies used by coaches at the elite end of the game, we've got plenty more articles you can use to help grow your knowledge of tactics and their role in the game, from the world of tiki taka soccer to old-school 'kick and rush'.

Why not start off by reading our explainer piece on the highly influential Dutch concept of Total Football? Or for a deep dive into one of the tactical blueprints that was developed in the decades following, take a look at our guide to the concept of gegenpressing.

Finally, if reading up on coaching and tactics just isn't enough for you, and you're looking for a more hands-on approach, we might just have the perfect article for you. Take a look at our guide on how to be a football coach in the UK for some useful practical tips on finding your way into coaching.