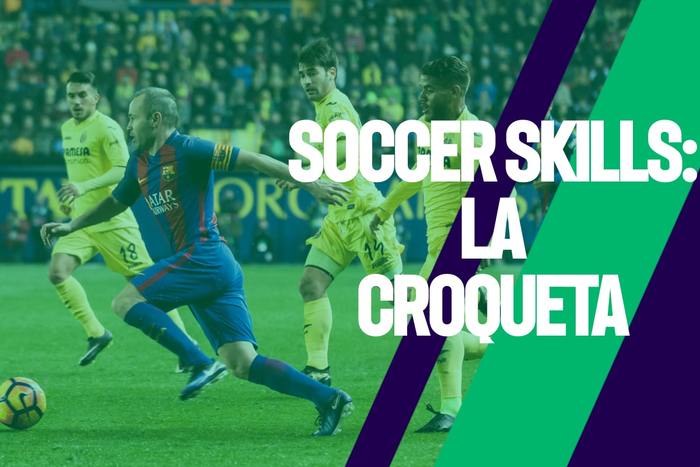 On a cloudy Johannesburg evening in July 2010, Andres Iniesta made history. With just a few minutes remaining of extra time in the World Cup final between Spain and the Netherlands, he picked up the ball in the opposition box before rifling it home to win Spain their first-ever World Cup. It was one of the defining moments of Andres Iniesta's incredible career — but it's not all that he's known for.

When you hear the name Iniesta, you'll likely think of intricate passing, excellent technical skill, and outstanding finishes. But he's also closely associated with a pretty special soccer skill: La Croqueta. So what is a La Croqueta skill?

In this article, we'll tell you everything you need to know about this move, including where it came from, why it's so successful, and the technical details it involves. We'll explore some great examples of La Croqueta in action, before giving you a tutorial on how to perform this skill. Let's get started.

What is a La Croqueta?

La Croqueta is all about footwork. It's an intricate skill that can be used to beat an opposition defender and move past them into space. But what exactly does it involve?

La Croqueta is a great skill when it comes to maneuvering in and out of tight spots. Essentially, it amounts to shifting the ball quickly from one foot to the other, before using the second foot to power you away from the defender.

Sounds simple, right? There's more to it than just a bit of fancy footwork.

In order to successfully perform this soccer skill, you need to be agile, light on your feet, and capable of generating enough power to push past opposition defenders once you've completed the initial bit of ball work.

Soon, we'll give you some detailed tips about how to do La Croqueta yourself, but before we get into that, let's dig into the history of this skill.

While La Croqueta is the signature move of Spain and Barcelona legend Andres Iniesta, Michael Laudrup is generally credited with introducing the move on the world stage. Iniesta has had a long and illustrious career; after racking up over 600 appearances for Barca, he moved to Japan in 2018 and has since played over 100 times in the J-League for Vissel Kobe. 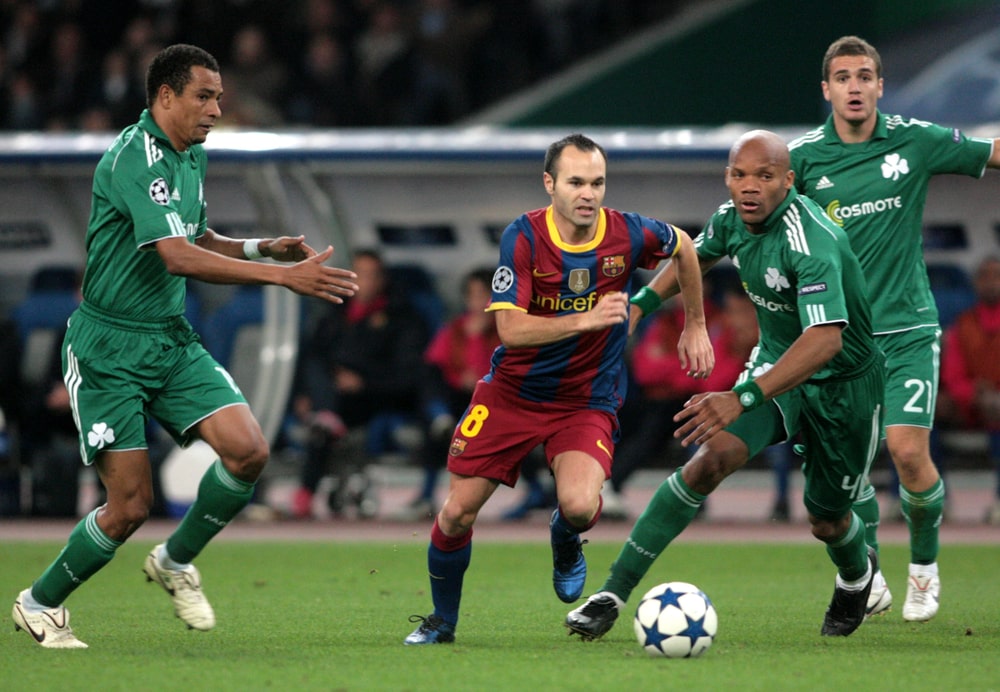 The technical attacking midfielder is known for his excellent passing abilities, close control, and dribbling — his reputation regarding the latter skill has a lot to do with his development of this particular technique.

Iniesta's signature move La Croqueta was demonstrated on multiple occasions by the World Cup winner, and he's probably the player that become most closely associated with the trick. However, he was not the first player to ever showcase this skill

The move was initially pioneered by Danish icon Michael Laudrup, a superstar in the 1980s and 1990s, playing for the likes of Real Madrid, Barcelona, Juventus, and Lazio.

According to Laudrup, "La Croqueta is a piece of skill that exists not because it looks nice but because it serves the purpose of setting you up for the next pass". It's certainly true that this is a highly functional trick. Unlike the rainbow kick or the rabona, it's not about showboating or humiliating opposition defenders, it's about getting yourself into a dangerous position and shifting the ball out of your feet so that you can make a great pass. That being said, when pulled off effectively, it sure looks pretty great too.

Why is it called La Croqueta?

The reason this technique was given its name is because it mimics the fast movement chefs make when tossing batter from one hand to the other to create a croqueta, or croquette. And much like the best chefs, many soccer players have been able to whip up some magic with La Croqueta as an ingredient. Let's look into some of the best ever examples of this skill.

The Best Players to use La Croqueta

Yes, the move "La Croqueta" was Iniesta's signature, but that doesn't mean he's the only player to have taken advantage of its benefits. Let's quickly highlight some of the most legendary performers of this soccer skill.

One of Iniesta's most effective employments of La Croqueta came in a Champions League tie against Chelsea, when he skinned center-back Gary Cahill, maneuvering out of the corner of the pitch towards the penalty box using his signature trick. Check it out here.

Arguably the greatest footballer of all time, Argentina's Lionel Messi always has plenty of tricks up his sleeve. One skill he has repeatedly drawn on is La Croqueta, which he's been known to use regularly as a means of moving out of tight spots on the pitch. This video contains a few great examples.

While Iniesta made La Croqueta his specialty move, most people agree that the man who first brought this technique to the world stage was Danish international Michael Laudrup. He perfected this simple, silky, effective move and made it his own, using La Croqueta to beat some of the best defenders in the world. 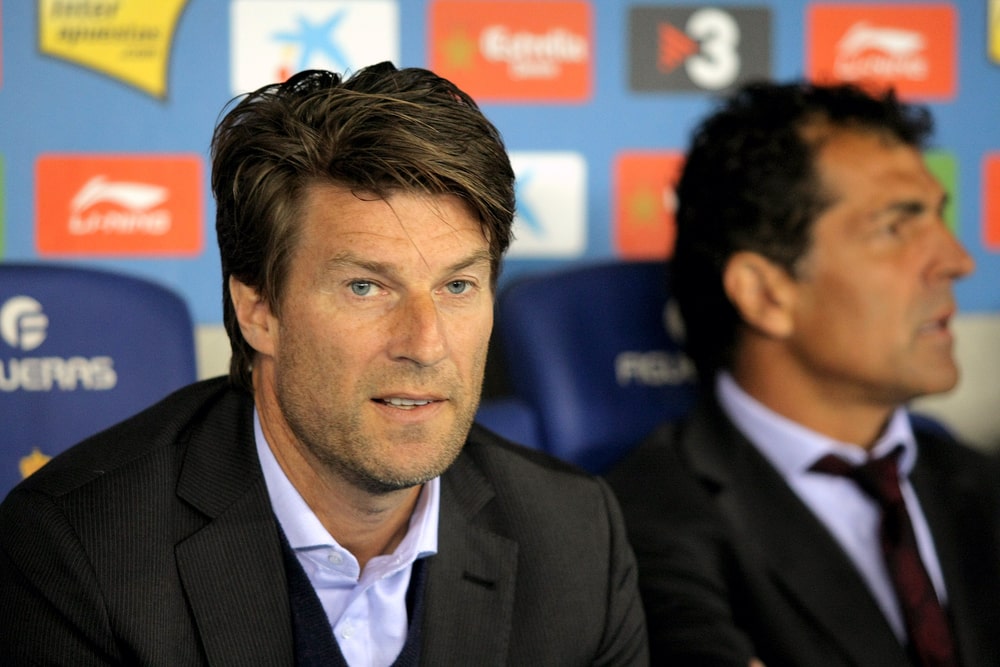 How to do La Croqueta

Want to know how to perform this move yourself? Don't worry, it's not the most complicated soccer skill out there. Just follow these simple steps and you'll be using it on the soccer field in no time.

Step #1: Place the ball between your feet, which should be a shoulder's width apart. Have the ball slightly towards your dominant side, whether that's your left or right foot.

Step #2: Using your stronger foot, quickly shift the ball to the inside of your other foot, keeping control but moving it with speed. Here, you need to push the ball rather than passing it. Remember, move the ball sideways rather than forward — this helps put the defender off balance.

Step #3: Use your weaker foot to push the ball forward. This should happen almost in the same movement as you receive it with the inside of your foot. Again, try to push the ball rather than kicking it, in order to ensure greater control. Combine this shift into a fluid "L-shaped" movement.

Step #4: Accelerate at just the right moment. If you've executed the move flawlessly and timed it correctly, you should be able to move into space with speed, leaving you free to make a pass, take a shot, or continue dribbling. Given that the early stages of the move are about drawing the defender in, here you should be able to whizz away, having baited them towards you.

Before we go, it's worth including some quick extra tips to increase the chances of you quickly getting to grips with this skill.

Those are the basics. Here are a couple of ways you can jazz this skill up and make it even more impressive.

Take these tips on board, and you'll soon realize the power of La Croqueta.

Want to find out about another classic modern soccer skill? Our articles on the Step Over and the Soccer Rondo can help enlighten you.

What is the best soccer skill?

La Croqueta is certainly an impressive skill, but there are lots of other technically impressive moves out there that the world's best players enjoy demonstrating to the masses. Contenders for the best skill include the rainbow kick, the rabona, and the Cruyff turn.

What is a Cruyff turn?

The Cruyff turn is one of the most widely practiced soccer skills in the world, and it's also one of the simplest there is. It involves shaping up to strike the ball, before feinting and dragging the ball behind your standing foot in order to change direction. Our article on the Cruyff turn explains this famous dummy in more detail.

The rabona is an audacious, highly technical soccer skill that involves wrapping your kicking foot around your standing foot to perform a pass, cross, or shot. It can be used to maneuver the ball onto your stronger foot, show off your technical prowess, or simply humiliate an opposition defender.