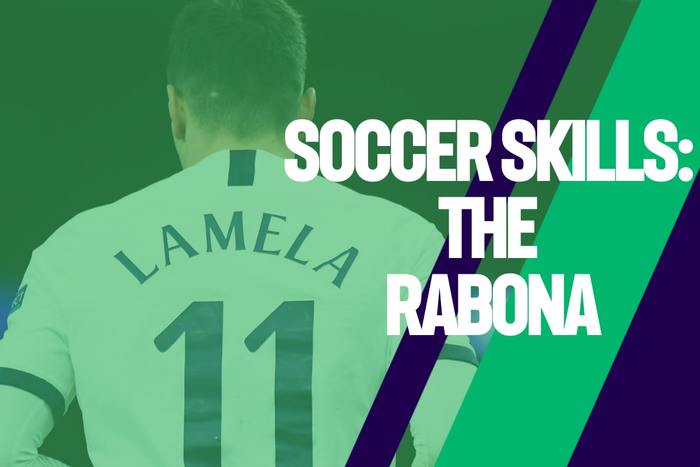 Most modern soccer teams are highly-organized tactical machines, built by their coaches to function in a very specific way. Whether it's the German gegenpressing system pioneered by Ralf Rangnick and Jurgen Klopp or the intricate possession-based tactics of Manchester City boss Pep Guardiola, the team takes priority over the individual.

However, there's still a place within the sport for individual brilliance. Creative flair never fails to get fans off their seats, and a skillful spark from a certain player can help teams win serious advantages on the soccer field.

One skill which certainly fits into this category is the rabona. An audacious skill that can often be witnessed at the highest echelons of the game, this is an impressive skill that deserves some serious attention. In this article, we'll be explaining what the rabona is, where it came from, and how to perform it yourself. Let's get started.

What is a Rabona in Soccer?

The rabona is a popular skill, and it's been used in elite soccer on a few notable occasions. Therefore, it's possible that you may have heard the term being used before, and wondered to yourself "what is a rabona in soccer?"

Often used simply to add an extra bit of flair and creativity to a move, this trick involves crossing your legs in order to kick the ball in. Players will wrap their kicking foot around their standing foot before they line up their pass, cross, or shot, which will tend to be a chipped, lofted effort.

As you can probably imagine, this trick difficult to master. It's an intricate technique that's done largely for show, but when it's executed correctly, it's not just a showstopper, but a highly effective way of shooting or delivering the ball to a teammate.

Why do players use the Rabona skill?

There are a few reasons why a player might decide to strike the ball in this way. Firstly, it can be a creative alternative option for players who have one foot that's particularly weak. For example, a right-footed player advancing towards the goal on the left flank may feel that their left foot's shot power or accuracy with his left foot isn't good enough, so they'll perform a rabona in order to take a better shot.

Another situation that could call for a rabona could be if a right-footed winger was lining up a cross from the left side of the pitch and didn't want to turn inside. And even if a player is strong on their weaker foot, it can still be a useful offensive tactic, capable of confusing defending players, or simply to showing off their own skills.

Who invented the Rabona?

The ‘rabona’ has been around for a little while. It was popularised in the 1970s by Italian winger Giovanni Roccotelli, who played for clubs such as Torino and Cagliari. However, Roccotelli was not the man who invented this trick.

It's difficult to determine precisely when this skill was first used, but most people believe that the first “Rabona” was performed by the Argentine striker Ricardo Infante in 1948. The Estudiantes player scored from 35 meters out using this trick, and in response, the Argentine football magazine El Grafico came up with the word “rabona” for it.

Deriving from “hacerse le rabona”, an Argentine term meaning to "play hooky", aka skip school without a parent’s permission, the skill's name referred to Infante using this move to 'skip' the use of his frail foot. Some people think that the term also stems from the Spanish word rabo for tail, to capture how the trick resembles the swishing of a cow's tail. Whatever the truth, the name stuck.

Over the years, the rabona has been performed in some pretty high-profile games. Sometimes it'll be to cross the ball into the box (Angel di Maria is great at this), but on other occasions, a rabona will be used to get a player on the scoresheet. 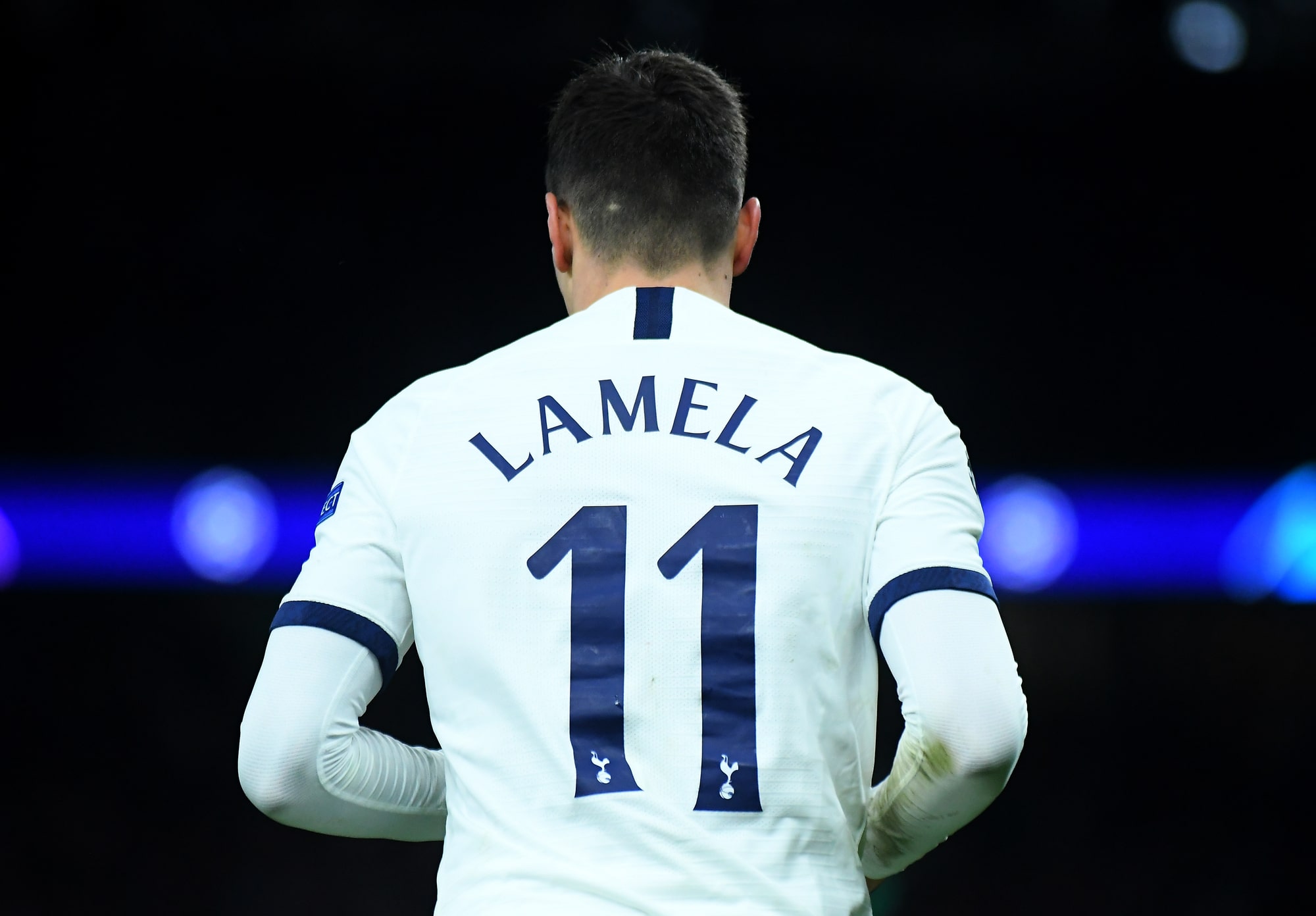 Let's take a look at some well-known examples of this famous trick in action.

Last summer, Tottenham's Erik Lamela left the North London club to join Sevilla, leaving behind a stack of memories of special moments of skill and creativity. Topping the list are two rabona goals that are up there with some of the most skillful finishes in the modern era.

First, Lamela scored with an audacious rabona against Asteras Tripolis in the Europa League, a strike that was named the Europa League goal of the season. He then repeated the famous move against Arsenal in a Premier League North London derby in the 2020-21 season. Magic.

Probably a slightly less famous name for younger soccer fans, Jonathan Calleri is an Argentine striker for Brazilian club Sau Paulo. In a match against Quillmes for his former club Boca Juniors, Calleri found himself bearing down on goal before his cutback to a team-mate was blocked by a defending player. He took the opportunity to perform an outrageous bit of skill, chipping the ball over the keeper in real style. Check out the goal here.

While playing for Porto, he made history in Portugal’s Taca de Portugal competition by scoring seven goals in one half against Juventude Evora, including a stunning Rabona which dazzled the defenders and goalkeeper left in his wake. You can watch some rather grainy footage of the goal on YouTube here.

How to do a Rabona

After reading all about this cheeky soccer skill, it's highly likely you'll want to learn how to do a rabona yourself. Whether it's to add to your arsenal of skills to whip out during a formal match, or simply a trick that you want to use to impress your friends at the park, it's worth learning a little practical knowledge about this technique.

See below for our step-by-step guide to the rabona skill.

#1. Determine your kicking leg- you'll need to know which foot is strongest in order to perform this skill properly

#2. Plant your weaker foot next to the ball. It's important that your non-dominant foot (for most people, their left foot) remains firmly planted on the ground, helping you balance and setting up your entire posture and range of movement for the kick.

#3. Check your position. The ball should be on the outside of your non-kicking foot, about a foot (20-30cm) away.

#4. Lean back with your arms outstretched. Leaning slightly backwards and to the side of the ball when striking helps give you the balance you need to execute the kick.

#5. Focus on the exact spot on the ball where you want to hit. Aim for the underside of the ball and keep your eyes on it in order to achieve accuracy and power. But stay aware of your surroundings, too!

#7. Strike the ball. Use the outside of your foot for increased accuracy and power, turning your shoulders to face the target as you follow through. Connect with the bottom of the ball to achieve lift.

Becoming confident using this skill takes a lot of time, effort, and patience. But follow these steps, and you'll be well on your way.

Want to find out about another impressive skill to use next time you're out on the soccer field? Check out our article on the art of the rainbow kick.

Or for an in-depth look at a popular soccer training drill, take a look at our guide to the rondo, a soccer skill that any good coach must be well acquainted with.

Why is it called a rabona?

The first “Rabona” was performed by the Argentine striker Ricardo Infante in 1948. The football magazine El Grafico called it a "rabona", which derived from “hacerse le rabona”, an Argentine term meaning to skip school without permission — the skill's name referred to Infante using this move to 'skip' the use of his frail foot.

How hard is a rabona?

The rabona soccer skill is a very difficult trick to master, particularly when you're using it to perform a shot on goal or a cross when under intense pressure from defenders. For that reason, it takes a lot of practice to be able to do it effectively.

What is a rainbow flick?

The rainbow kick is similar to the rabona in that it's often used as a form of showboating. This skill involves using one foot to quickly roll the ball up the other leg, before flicking it over the head of an opponent. Why not check out our article on the rainbow kick soccer skill?