The Role of the Soccer Center-Back 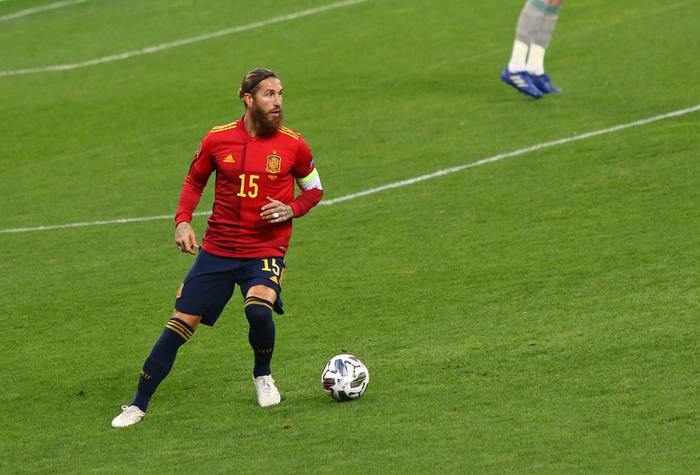 Every player on a soccer pitch has a slightly different role. Upfront, forwards will be tasked with pressing opposition defenses, creating chances, and scoring goals. The players behind them in midfield will attempt to dominate central areas, winning and keeping possession and connecting defense with attack.

But what about those who are situated at the back, the last line of protection in front of their goalkeeper? I'm talking about the center-back, one of the most crucial positions on the pitch.

In this article, we'll be exploring this soccer position in depth, explaining the role of the center-back and outlining the key traits that every successful center-back needs. We'll also take you through some of the iconic center-backs of all time and underline how important these famous players were to their teams.

How to Play Center-Back in Soccer

Let's start with the basics: where on the pitch does a center-back operate? Ultimately, this depends on the formation that a team plays. If a coach chooses to use a soccer formation with a back 4, such as 4-3-3, 4-4-2, or 4-2-3-1, there will be two center-backs on the pitch, playing in the central defensive area between the right-back and left-back. Put simply, the job of these two center-backs is to stop the opposition from scoring ( or keep a "clean sheet"), win the ball back in defensive areas, and progress it forwards to teammates in more advanced positions. But as you'll see shortly, the duties of a central defender can go well beyond this.

It's also possible to play 3 center-backs at once within a formation like 3-5-2, or 3-4-3. In a shape like this, their basic job remains the same; however, the 2 wide center-backs (the RCB and LCB) will have more responsibility when it comes to controlling possession and progressing the ball forwards. Having 3 in defense also allows opportunities for one of the center-backs to break out and join the midfield, causing confusion about who the opposition should be marking. For more information on the key differences between these systems, check out our article on 9 of the best soccer formations explained.

Traditionally, the role of the center back was a pretty unglamorous one. Central defenders would be rough, physical, tasked with clearing the ball and making tough tackles. These jobs are still a big part of the center-back's arsenal, but the role has developed a lot in the modern era. With high pressing now an integral part of the way many teams play, defenders have much less time and space on the ball. This, coupled with the continuing rise of possession-based play, means that the modern center-back needs to be able to control the ball with speed and composure, and play accurate passes to teammates, even when under intense pressure from opposition forwards.

Despite these changes to the role of a center-back, none of the traditional defensive duties have disappeared, which makes this one of the most demanding positions on the pitch. It's no surprise, then, that when central defenders nail their jobs, they give their team an enormous advantage. But what exactly is required in this position, and what characteristics should coaches be looking for? Let's consider the key traits of a center-back.

The Key Traits of a Center-Back

There are lots of things a center-back needs to get right in order to perform their job effectively. In this section of the article, we'll go over all the key traits that a good center-back needs.

Perhaps the most crucial element of center-back play is making sure you're in the right position. Positional knowledge and discipline is something that develops over time; the more experience you have in this role, the more confidence you'll have when it comes to getting yourself in the right position and predicting how certain situations will play out. Reading the game is about anticipating where the ball is going to go and what the opposition is going to do in certain situations. You also need to predict potential mistakes and errors that your teammates might make, and position yourself so that you can provide defensive cover for them. The best center-backs are pessimistic; they anticipate that things will go wrong, and make sure that they're on hand to mop things up when they do.

Physical strength and aerial ability are essential within the center-back role. Other than goalkeeper, it's the only position in which height is a big advantage. While there are some outstanding exceptions to the rule, like Italy's legendary defender Fabio Cannavaro (5ft 9"), most central defenders will be at least 6ft tall. Having that height advantage makes them better at winning headers and dealing with crosses into the penalty box. Center-backs also need to be physically strong, capable of outmuscling opposition strikers and making it as difficult as possible for them to move into dangerous areas and take shots on goal.

The best center-backs know when to go into a tackle, and when to hang back and wait for the right moment. Sometimes, the most effective defensive technique is strong, aggressive tackling, to cut out opposition moves at source. However, in other situations, it's more important that you contain an attacker, jockeying them into a less dangerous position and giving your teammates the chance to get back and provide support. Knowing when tackling is required, and developing your ability to tackle well, is super important.

As a center-back, you'll regularly be put into high-pressure situations. You could receive possession near your own goal with a striker pressing you hard, or you could be the last man left to protect your goalkeeper after an opposition counter-attack. You'll regularly have to clear the ball within your own penalty area, and make decisive tackles without fouling the opposition. All these tasks require serious composure and calmness. Keeping a cool head and maintaining control in pressured situations is crucial to effective center-back play.

Center-backs need to know when to control it, when to pass it, and when to simply boot the ball away into Row Z. Making the right decisions in different situations will stop you from making errors leading to opposition chances and goals. Taking the ball down and trying to keep possession is important in the modern game, but you need to know when it's not worth the risk of giving away the ball.

These days, central defenders aren't just big brutes who kick strikers until they limp off injured. A variety of technical skills are required, including close control, short passing, long-distance passing, and dribbling. While defending always comes first, developing these technical abilities can set you apart from other more rudimentary center-backs.

Finally, it's important that we mention a quality which goes beyond what you do with your feet: leadership. Not every center-back is a great leader, but the better your communication skills are, and the more confident you are bossing your teammates around, the more commanding a defender you'll be. Not only this, but you will also improve those around you and over time build stronger understanding as a defence - for example, stepping out as a coordinated unit to spring as offside trap.

This is a quality than can be developed over time, and some players are naturally more vocal than others, but almost all the best center-backs are leaders on the pitch. Think about the best captains in soccer — a large proportion of them are central defenders.

The Best Center-Backs in the World Right Now

Liverpool's star center-back has it all: positional discipline, aerial prowess, physical power, dribbling skills, composure, an impressive passing range, and a knack for the odd goal and assist. He's redefined what it means to be a modern center-back.

At the age of 36, Ramos remains the master of the defensive dark arts. His grittiness, determination, technical skill and leadership qualities have made him a legend of the modern game.

Thiago Silva is one of the coolest defenders around. Composed on the ball, strong in the air, and reliable in high-pressure situations, the Brazilian international has provided the backbone for successful teams such as AC Milan, PSG, and Chelsea.

The 24-year-old Portugese has a long career ahead of him, although he's already won league titles with Manchester City and Benfica and is widely considered to be one of the best center-backs in the world right now.

The Italian centre-back is a 6ft 2" rock who relishes defending like no other current player. The 2020 Euros winner has had an illustrious career, leading Juventus to 9 Serie A titles and 2 Champions League finals. 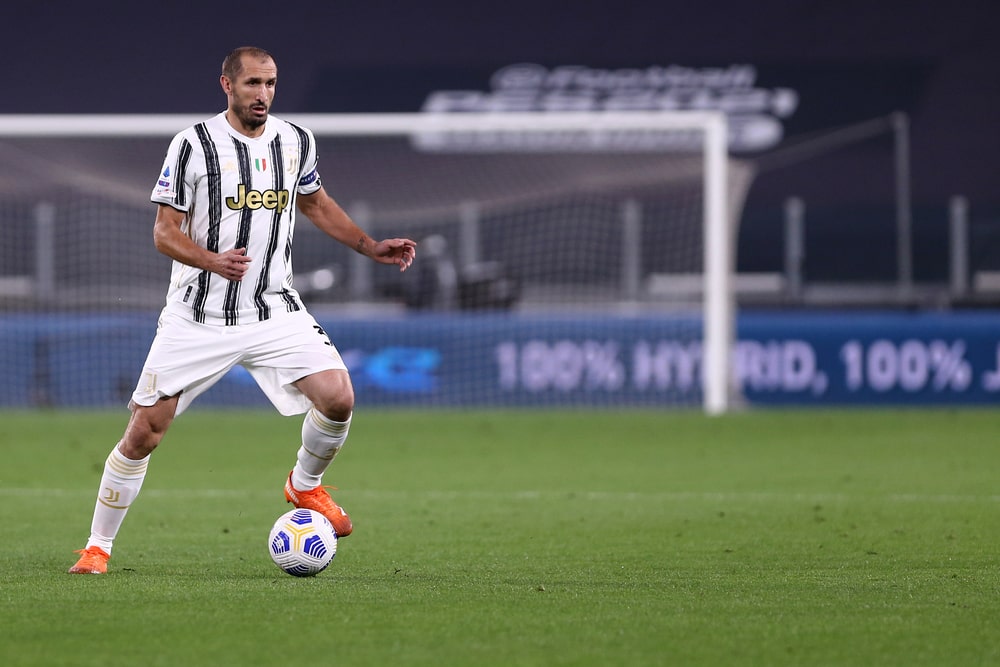 The Best Center-Backs of All Time

One of the most revered center-backs in history, Cannavaro won numerous domestic trophies with Parma and Real Madrid, captained Italy to the 2006 World Cup trophy, and won the Ballon D'or in the same year.

Italians seem to have a knack for defending. Baresi notched up over 600 appearances for AC Milan and Italy during the 70s, 80s, and 90s, winning 6 domestic titles, 6 European cups, a World Cup and numerous personal honours.

Widely regarded as the greatest defender to ever play the game, the Bayern Munich and West Germany legend won 8 domestic titles, a World Cup, and a European Championship during his 19-year career.

Captain of England's 1966 World Cup-winning side, Moore is a legend of English football. His career spanned 25 years, and Pele described him as the best defender he ever faced.

There are a number of other names we could have mentioned, and as this crucial position continues to develop, lots more stars will continue to emerge. While the modern game requires more technical ability and passing skill than was required in previous generations, the basics of being a center-back remain the same: stop the opposition from scoring. It's as simple as that! For some more guidance on all the essentials of soccer, check out our articles on the length of a soccer game and the technical details of the offside rule.