The Role of the Sweeper in Soccer 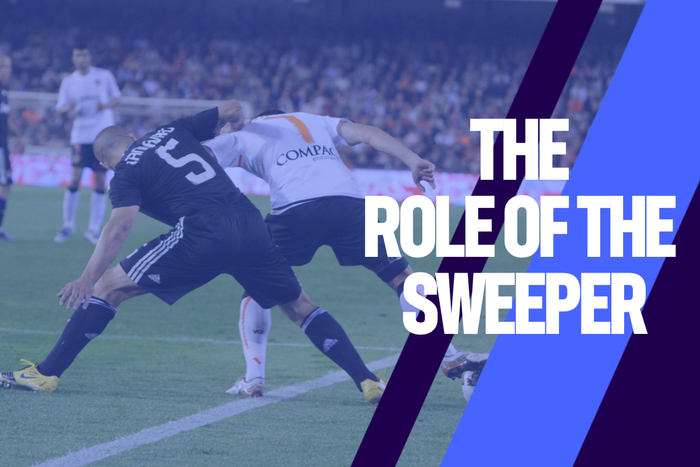 In the modern game, soccer tactics are highly complex. A wide variety of different ideas and playing styles have emerged and grown in the last few decades, from gegenpressing to zonal marking. As a result, the typical positions found on a soccer field have also changed dramatically.

Gone are the days of ridiculously offensive shapes like 1-1-8 or 1-2-7, the formations used in the 1870s during the first-ever international association football matches between England and Scotland. Nowadays, it's all about finding the right balance between defense, midfield, and attack. This leads us nicely to the subject of today's article.

In this piece, we'll be focusing on the sweeper soccer position, a role that's had a major influence on the development of soccer formations and tactical styles over the years. We'll explain what this role entails, where it came from, and the key attributes needed to perform well in it, before guiding you through a few of the most famous and effective sweeper players ever.

What is the sweeper soccer position?

In soccer, a sweeper is a defensive player who sits behind the defensive line, sweeping up and dealing with any balls that come into that zone.

Also known as a libero, meaning "free" in Italian, the sweeper role can be interpreted in different ways, but whatever system is used, this position plays a crucial role in the heart of the defense. 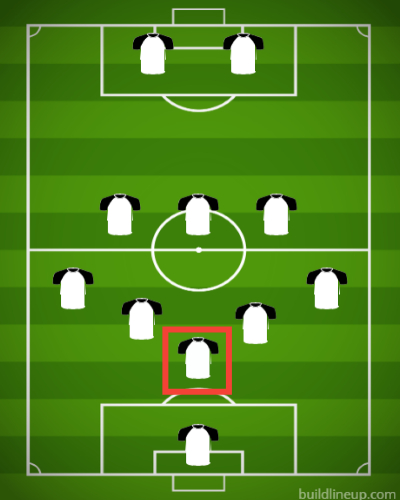 Often, these players will be highly intelligent ballers with leadership skills and a license to occupy different positions across the pitch. By dropping in behind the defensive line, the soccer sweeper can provide a crucial element of support to other defensive players, as well as making it difficult for opponents to mark them.

The sweeper can also often operate as a deep-lying playmaker, launching attacks themselves and passing the ball with skill across the pitch. The additional space they're able to find in deeper areas of the soccer field can come in really handy here.

Where did the sweeper role come from?

The sweeper role has been around for a while: it was first developed in the 1930s and ended up having a huge role in 20th-century European soccer.

Austrian coach Karl Rappan had great success with his 'verrou' role at Swiss club Servette and the Swiss national side in the 1930s and 40s. His teams would feature a deeper central defender with the freedom to roam around, mopping up danger.

At the same time, influential Italian coach Nereo Rocco was implementing similar ideas at Triestina. Here, he developed Ivano Blason into arguably the world's first celebrated libero. Regarded by many as one of the greatest managers of all time, Rocco later went on to have success with Italian giants AC Milan, where he brought in similar tactical ideas. During his long reign within the Italian game, the term catenaccio was coined (meaning "the chain"), another word for the sweeper role.

Another key name in the development of the sweeper role is Helenio Herrera. The Argentine-French manager had his fair share of success at Milan's other giant club, Inter. Here, the catenaccio role was integral to the way his teams played.

In these early days of the sweeper role, it would typically be the half-back (an early adaptation of the central defensive midfielder position) who dropped into the deep defensive space to sweep up danger. However, the type of players most associated with this role has changed over time. 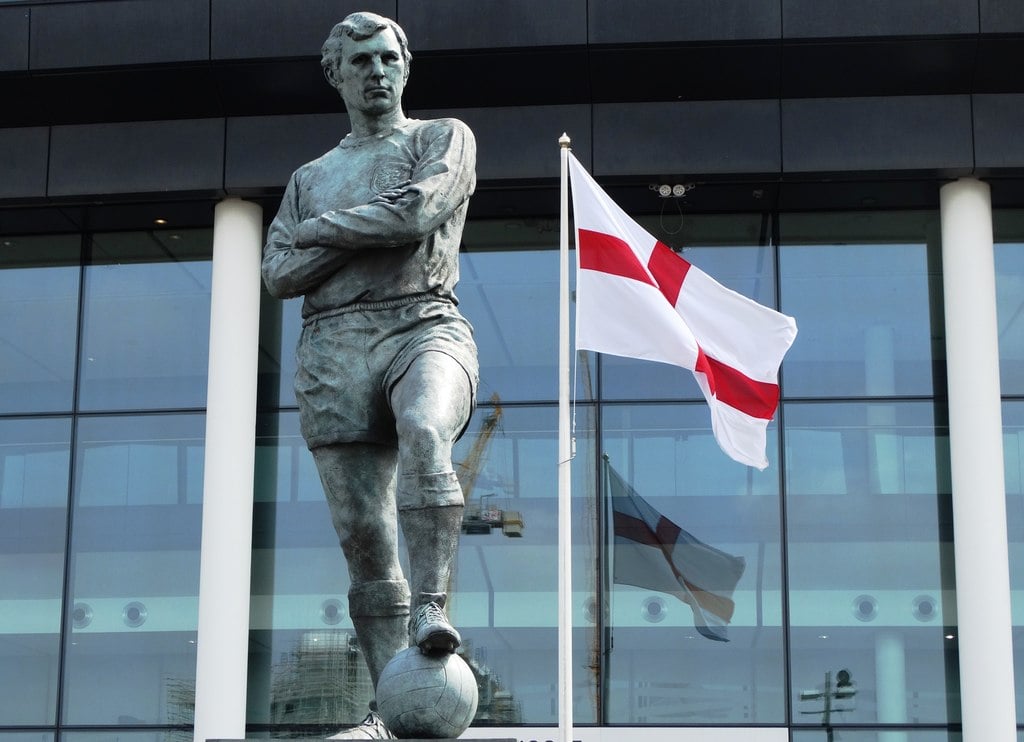 England legend Bobby Moore is widely renowned as one of the best sweepers of all time. Source: Neil Theasby

Over the years, the soccer sweeper role has been developed and tweaked in countries all over the world — the results of this can be seen shortly in our section on the best-ever sweeper players. First, though, let's quickly dive into the key traits associated with this famous soccer position.

The key traits of a sweeper in soccer

Seeing as the soccer sweeper is essentially a variation of the soccer center-back, it shares many key responsibilities with this position. As we go through some of the key traits of the sweeper in soccer, that'll become clear.

Arguably the most crucial facet of this position is a strong ability to be able to predict where the ball is going to end up and get there in time to impact its course. Sniffing out danger in this way, which often means expecting your teammates to make a mistake, is essential to the soccer sweeper role.

It's not enough to simply expect something bad to happen and move to take possession of the ball — you need to judge the moment precisely and ensure that you arrive at the perfect time to make an impact. This is particularly crucial when you're the last line of defense because if you slip up or foul your opponent, they're in a seriously dangerous position.

While intercepting the ball and picking it up in space is perhaps the most commonly performed job in the arsenal of the soccer sweeper, good tackling skills are also essential. Sweeper defenders need to be able to win the ball off opponents cleanly and effectively, especially if they're the kind of player who likes to get forwards into midfield.

Communicating effectively with other members of the defensive line is another important aspect of this role. Unless you're talking constantly with the players around you, you'll struggle to know where to be, and given that you're not strictly part of the back line, you risk getting in their way if you don't talk to them clearly.

Any deep dive into the sweeper position should emphasize the significance of passing within this role. A sweeper in soccer needs to be able to complete a wide range of different passes, sometimes short to other defenders or to a sweeper keeper coming off their line to win the ball, and sometimes long to midfielders, wingers, or forwards. Spraying the ball out into space from deep positions is a great way of starting up attacks as a libero.

The best sweeper players in history

Some of the most famous, successful players in the history of world soccer have plied their trade within the sweeper position. This unique role as a kind of half-part of the defensive line allows technically gifted passers of the ball with the ability to read the game and mop up danger to shine. Here are a few of the best.

Italian defender Ivano Blason is credited with being the first-ever celebrated libero. Playing for over 20 years for clubs such as Triestina, Inter Milan, and Padova, Blason helped set the foundations for the role within the 1930s, 40s, and 50s Italy.

The only player to lift the World Cup as captain of England, Bobby Moore is an absolute titan of the game, described by Pele as the best defender he ever lined up against. He was more than just a typical sweeper, defining the role of the ball-playing center-back, as well as offering tough tackling and strong leadership skills. 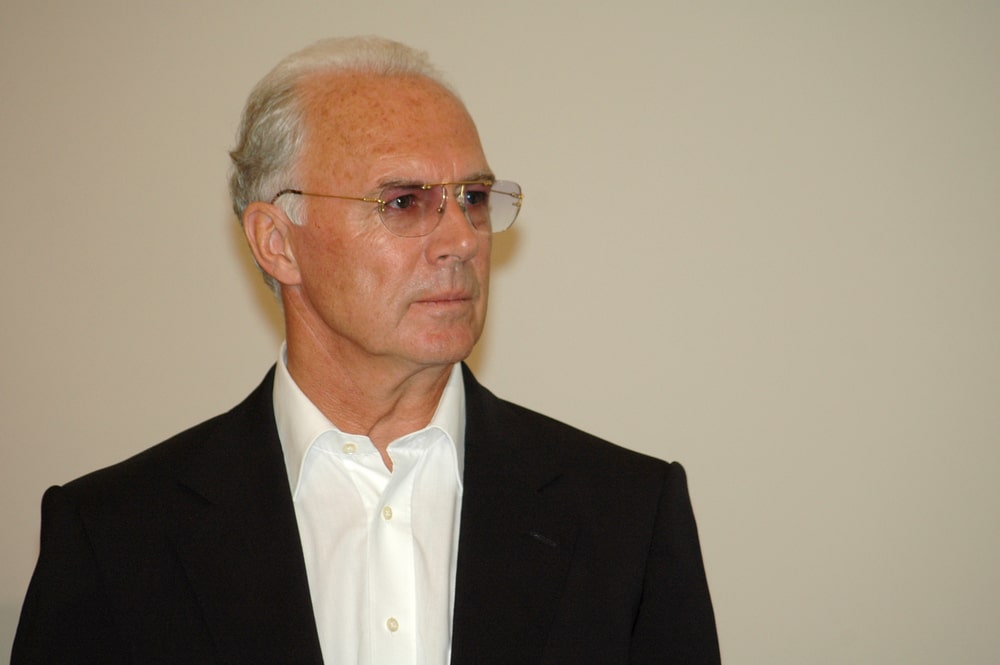 One of the greatest to ever occupy the sweeper position, Germany's Franz Beckenbauer was an elegant, dominant, and technically gifted player who enjoyed a huge amount of success in the 1960s and 70s. Within a rough 4-3-3 system at Bayern Munich, Beckenbauer had the freedom to roam both forwards and back, often operating largely as a midfielder.

During a 20-year career at AC Milan, Franco Baresi cemented his status as one of the greatest defenders ever produced in Italy (and they've had their fair share of quality stoppers). A central player known for sweeping up behind the back line, he won 4 European Cups, 6 Serie A titles, and the 1982 World Cup, in what was a phenomenal professional career.

The evolution of positions

Since the 1990s, the sweeper position has faded away, as formations like 4-4-2, 4-2-3-1, and 4-3-3 have become dominant. Now, the job of the sweeper is typically done either by a traditional center-back or by a central defensive midfielder dropping deep to pick up and distribute the ball.

The fading away of the sweeper position is just one indication of a broader shift in how the game is played at the highest level.

As world soccer continues to change and grow, who knows what the next big developments will be? Perhaps the growing importance of ball skills amongst goalkeepers will lead to them effectively becoming part of a defensive line? Or maybe the prominence of out-and-out strikers will reduce even further, until forward lines are made up of a mix of more creative forwards and wingers? Your guess is as good as ours.

For an idea of how one decisive tactical shift can influence the sport for decades down the line, you might want to read our guide to the revolutionary philosophy of Total Football. It's a fascinating playing theory that continues to influence the modern game's greatest coaches.

Total Football is a philosophy developed by Dutch tactical masterminds such as Rinus Michels and Johan Cruyff. This style is all about creating a fluid set-up in which no player is in a fixed position, and each member of the team is equally capable in defense, midfield, and attack.

What happened to the sweeper soccer position?

While the sweeper position isn't totally extinct, it's rare to see a traditional libero in soccer these days. In many ways, that's because this position has been replaced by the central defensive midfielder, or single pivot, who occupies similar positions, particularly in possession-oriented sides. Also, modern Goalkeepers such as Manchester City's Ederson, are so adept with the ball at their feet that they can essentially act as a sweeper.

What are the responsibilities of the center-back role?

The soccer center-back is responsible for a number of things: tackling, clearing, intercepting, winning aerial battles, and progressing the ball forward. In the modern game, there are more demands in this position than ever before.