What is Zonal Marking, and how does it impact the game? 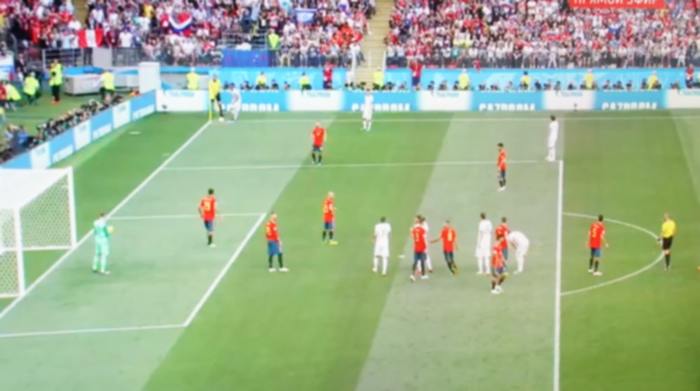 Debates about the best way to mark opposition players have been ongoing for years, and they're not going away any time soon. High-profile sports commentators such as Jamie Carragher and Gary Neville have been battling it out over the pros and cons of each system for a number of years now, and key tactical differences continue to play out on the pitch in elite leagues all over the world.

Some managers prefer their players to get tight and in the faces of the opposition, while others opt for a more zone-oriented system. There's no right or wrong way to defend, but soccer is a game of trends, and at the highest level, more and more sides are leaning towards a zonal marking system.

So what exactly does that entail? In this article, we'll be taking you through the basics of how zonal marking works, as well as exploring its opposite, man marking, and explaining how many coaches are deciding to implement a balance between the two systems. We'll outline how marking has changed and adapted over the years, before detailing how zonal marking has impacted the modern game. Let's get into it.

What is Man Marking?

Before we begin to explain the phenomenon of zonal marking, it's worth taking a look at what came before it. The birth of association football (or soccer) in the mid-19th century was followed by almost a century of pure man marking, in which defensive play tended to amount to individual battles. Man marking involves closely following your opponent in order to prevent them from taking control of the ball and keeping hold of it. This kind of intense pressure is designed to pay off by forcing mistakes and leaving opposition players with no space to make accurate passes and dribbles.

Man marking was the dominant style between the 1920s and the 1950s, when most teams played using the W-M formation, which naturally led towards opposition players covering the same areas of the pitch. However, team-oriented man coverage in open play continued way beyond then, including up to the present day. In the modern game, Marcelo Bielsa's Leeds United is one of the best-known sides structured to man mark in open play.

One of the main deficiencies of man marking is that when players move beyond their typical starting positions, it can be harder to track them, hence the development of flexible man marking, in which defenders hand over their opposite numbers to a teammate. Teams are also becoming more and more inclined to operate with a mixture of zonal and man marking. How this works will become more clear once we've explained all the basics of zonal marking. So, let's get into it.

What is Zonal Marking?

While man marking focuses on staying tight to individual players, zonal defensive play is all about marking spaces and zones instead. This tactic decreases the likelihood of defenders becoming isolated or cut out of the game by incisive passing, and it also means that you're not relying on each of your players to win an individual battle (which can be difficult). Instead, you're able to defend as a team, covering different zones as a unit and shifting accordingly as the opposition moves and advances up the pitch. This might sound like it makes complete sense, but for a while, it wasn't how most teams operated. Let's take a look at the origins of this tactic.

The shift towards zonal marking began in Brazil in the 1950s. Fluminese manager Zezé Moreira's 4-2-4 formation allowed one of his two center-backs to become spare and push forwards. This led to a broader shift towards more and more teams understanding the pitch as split into different zones.

Legendary Italian coach Arrigo Sacchi encouraged his Milan side to decide their position based on four reference points; the ball, the opposition, teammates, and open space. This attitude goes hand in hand with the concept of zonal marking, in which teams shift as a block laterally and vertically in order to control the space on the pitch. This form of marking is about covering zones of the pitch, blocking passing opportunities, and containing the opposition. However, it can also be used in a more aggressive sense, as a pressing mechanism higher up the pitch.

This approach to marking has become the norm within open play. However, man marking is still very popular when defending from set pieces. The reason for this is pretty simple; when your opponent has a corner or a free-kick in a dangerous area, they're likely to pack the penalty area with tall defenders and aerial threats from across the pitch. In these conditions, it makes sense to go man-for-man and stop opposition players from getting the ball at source, rather than anticipating a block, by which point it might already be too late. However, an increasing number of teams are choosing to combine elements of zonal and man marking in order to achieve the benefits of both. These hybrid systems are now a super common sight within the game — let's spend some time exploring what they look like in practice.

One of the biggest testaments to the rise of zonal marking is that most Premier League teams now use it to some extent even when defending corners and other set-pieces. As recently as a decade ago, the majority of teams favored a man marking approach when defending set-pieces, but today, hybrid marking systems are probably the most regularly used strategy at elite levels of the game.

Hybrid marking involves placing certain defensive players in key positions in which they have a good chance of winning the ball, while other teammates man mark likely opposition targets. Combining the two marking systems can allow you to put physical pressure on your opponents while simultaneously covering crucial zones. A great example of how hybrid marking can be used effectively comes from Thomas Tuchel's Chelsea, who tend to place their tallest men around the six-yard box (defenders like Rudiger and Alonso), while able defenders like Cezar Azpilicueta man mark the opposition's main aerial threats and block them from attacking the ball. This strategy was used effectively against Liverpool last season, a game in which Azpilicueta's marking prevented Virgil Van Djik from doing damage in the Chelsea penalty area. 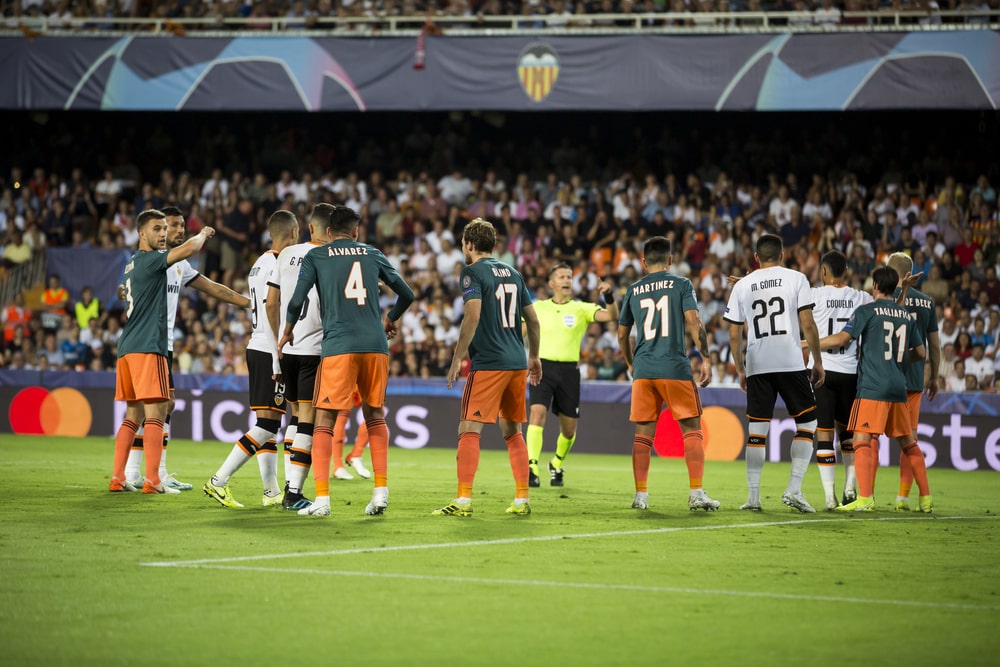 How has Zonal Marking impacted the game?

One of the biggest indicators of how popular zonal marking has become is the commonplace nature of hybrid systems, which are all about seeking the advantages of zonal defending while retaining the element of physical combativeness that man marking provides.

The fact that Leeds United was the only team in the 2021-22 season to regularly use man marking in open play also shows how profoundly zonal marking has changed the way teams defend over the course of 90 minutes. If you're waiting to see teams use entirely zonal systems when defending set-pieces, you'll probably be waiting for a while, because it makes sense to retain an element of physical man marking in these moments.

That being said, the appeal of positional defending is clear. In a sport that continues to become less focused on individual brilliance and star talent, and more reliant on highly organized structures, teamwork, and more creative use of formations, zonal marking seems to be the way forward.

However, both zonal marking and man marking have their benefits. It's also important to note that there are lots of different variants within these two umbrella terms (as we've seen with the advent of hybrid marking on corners). For example, a position-oriented zonal marking variant could structure players as a closed block, with their reference points being each other.

A more man-oriented marking system, meanwhile, could see defenders position themselves based on where their opponents are. Alternatively, the main defensive reference point could be space and making sure it's occupied and overloaded. These different variants of zonal marking help to underline this strategy's main area of attraction: its flexibility.

As the game continues to develop, it's likely that we'll see all sorts of different interpretations of these two systems. Coaches will continue to innovate, and the ever-changing tactics of innovative teams will force managers to think up new ways of stopping their opposition. And you never know, man marking may make a significant comeback one day — the impact made by Marcelo Bielsa at teams such as Leeds, Athletic Bilbao, and Newell's Old Boys highlight how this system can be used effectively.

Elsewhere on the Jobs in Football Blog, we've got loads more explainer pieces about all the details of the beautiful game you need to know about. Whether you're aspiring to be a coach or developing your scouting and analytics knowledge, or want to find out more about the intricate details of sports law and management, we've got something to help you along the way. First, why not stick with the fundamentals of positional play in soccer, and read our new article on the strengths, weaknesses, and key uses of the 3-5-2 formation? Or if you're after something a little more basic, check out our guide to the length of a soccer game.

What is zonal marking?

Zonal Marking is the defensive approach of assigning players to cover areas or zones of the field instead of directly marking an opposition player.

Which is better zonal marking or man marking?

Man marking is the most commonly used of the 2 approaches, with statistics backing it as the most effective of the 2, particularly at set-pieces. However, it really depends on the players and coaches implementing it.

Arrigo Sacchi is generally considered to be the man who popularised zonal marking, however early versions of it were used by Zezé Moreira in the 1950's.

What are the advantages of zonal marking?

The main advantage of zonal marking is that it limits free space for opposition attackers to exploit, as players cannot be dragged out of position as they could by with a man marking approach.

What are the benefits of man marking?

Man-marking is a far more simple approach, and relies purely on the players winning their individual duals against their direct opponent. As such, there are less chances for mix-ups in communication, positional mistakes or

How many types of marking are there in football?

The are 2 main types of marking in soccer - man-marking and zonal marking. Many teams use a combination of the 2.