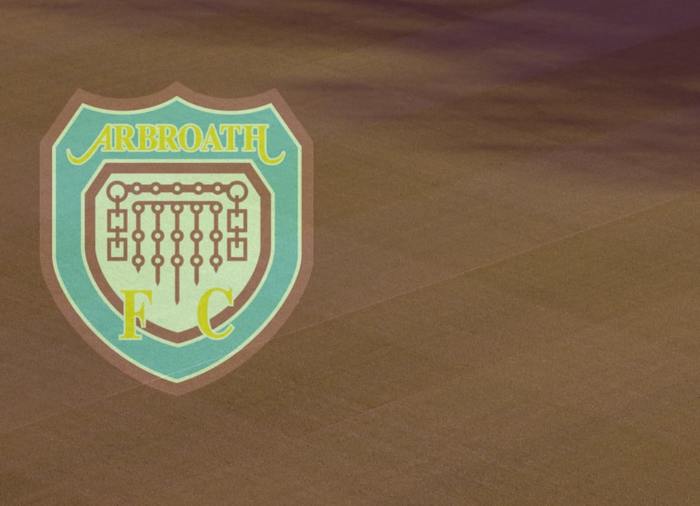 In the Scottish Championship, something pretty special is happening. Arbroath FC, the only part-time club in Scotland's top two divisions, are punching well above their weight and putting together a serious promotion charge. With 5 games remaining, the club sit in 2nd place, just 4 points off top spot, the position they occupied themselves until very recently. The promotion play-off guaranteed by a 2nd place finish looks all but secured; however, leapfrogging Kilmarnock into 1st place would mean automatic promotion and the chance to rub shoulders with the likes of Celtic and Rangers next season. For a small town situated 75 miles north-east of Edinburgh and known more for its famous smoked kippers than its football, this is huge. So how have the Red Lichties (so called after the red lights that used to guide fishing vessels into the harbour) managed to get so close to this remarkable feat?

How Does A Part-Time Set-Up Work?

You might be wondering exactly what's meant by the term 'part-time' in football. After all, even many of the more established English National League clubs run a full-time operation these days. In the case of Arbroath (and most other part-time clubs), this essentially means that while players do get paid for their sporting contributions, they make a living elsewhere. Top scorer Michael McKenna is an electrician, while midfield mainstay Scott Stewart works as a teacher. While full-time clubs will train every single day and ensure their players' weeks are structured around football, part-time sides will generally only get 2-3 evenings a week to train and prepare for each Saturday's fixture.

Of course, this set-up can be a major disadvantage; not only will the fitness levels of part-time players be inferior, there's also far less time for teams like Arbroath to work on tactical play. A club statement following the Covid-enforced suspension of football in March 2020 shone a light on the perils of the part-time set up. "Being part time in a full time league has its pros and cons," said the club. "Obviously most of our playing staff have jobs outside of football which brings its own pressures and with group training cancelled the players are having to train on their own, although the Management team are giving them all the support and advice they need." The fact that Arbroath also took this opportunity to re-advertise that ownership shares could be bought for a minimum cost of £100 for 100 shares highlights the difficult circumstances they've faced.

Now, in Scotland's lower divisions, the part-time model is pretty common. However, it's almost unheard of for a semi-pro club to grace the Scottish Premier League and face up to clubs like Rangers, Celtic, Hearts, and Hibernian. Even in the Championship, Arbroath are now the only part-time side, with Alloa Athletic's relegation in 2020-21 underlining the difficulty of operating at this level on a tiny budget. In 2017/18, part-time Brechin City became the first Scottish side in 126 years to complete a season without a win, reaffirming this reality. So how exactly have they Arbroath forged out a unique path and got themselves in this position? Let's look at some of the key factors that have contributed to their success. 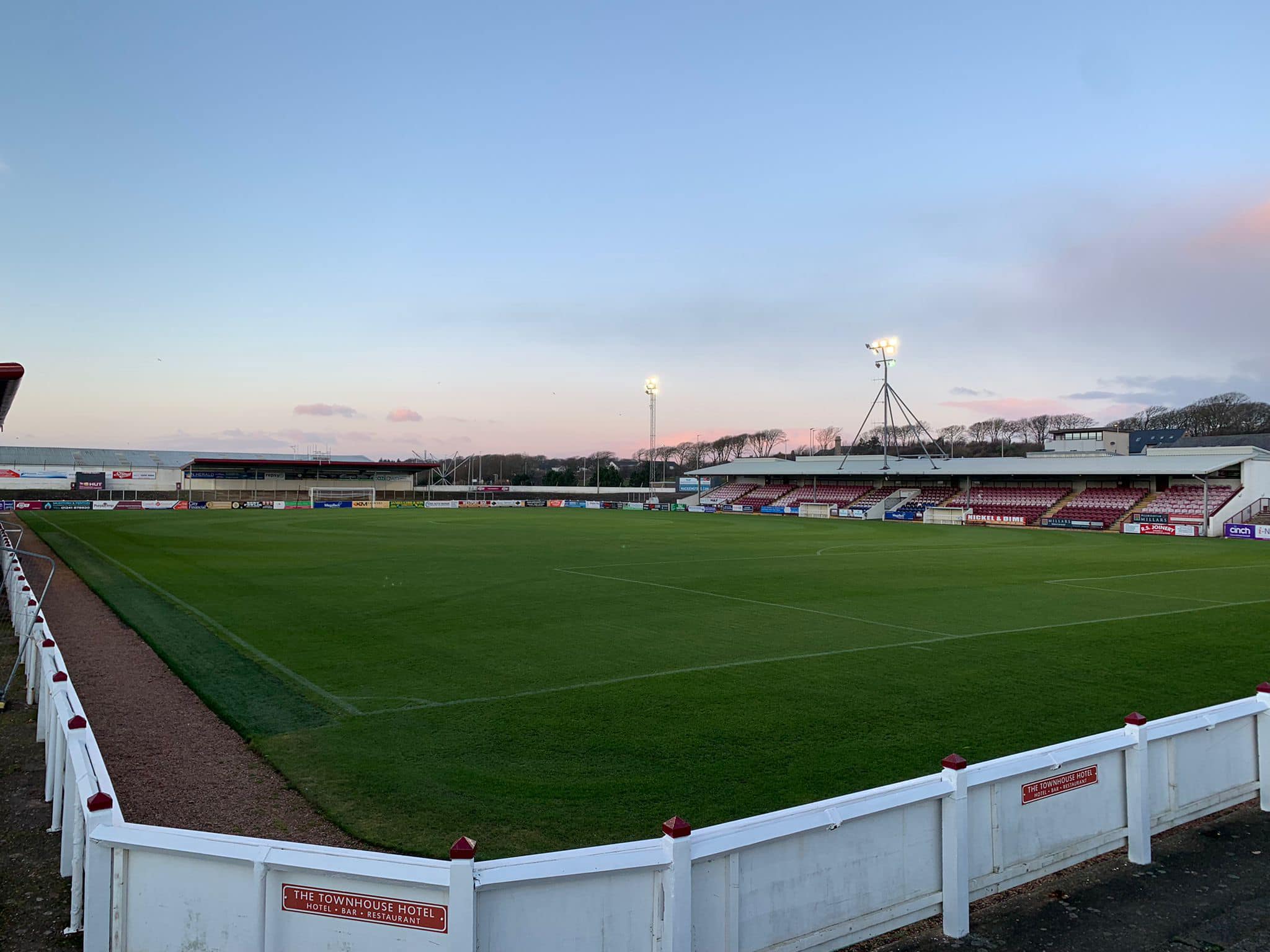 How Have Arbroath Been So Successful?

There are a number of factors that have contributed towards Arbroath's success this season. Perhaps the most important one is the man on the touchline, veteran manager Dick Campbell. When he took charge of the Red Lichties in March 2016, the side were second-bottom of Scotland's fourth tier. Now, they're serious contenders for promotion to the top flight. What is it that their boss has done that's had such an impact?

Over the course of several decades, Campbell, whose playing career was fairly low-profile, has made a name for himself as a charismatic, no-nonsense coach responsible for successful spells at clubs like Brechin City, Forfar Athletic, and Dunfermline Athletic. He's achieved five league promotions, including two with his current club, but his abilities are still often overlooked as a result of his boisterous, lager than life personality. The job he's done at Arbroath, dragging them from the bottom of League Two to the brink of Scotland's elite, is a testament to his coaching ability. And when you consider the way he's moulded his team, it's clear that his many years managing at this level have paid off.

With over 35 years of coaching experience and almost 1500 games under his belt (mostly in Scotland's lower divisions), Dick Campbell is the kind of wily operator who knows exactly how to put a competitive team together at this level. His ability to pick out high-potential journeymen and impactful loan signings like Frank Dowds (Falkirk) and Joel Nouble (Aldershot) has been crucial to the side's over-performance this season.

One of Arbroath's major innovations involves making their part-time status work to their advantage. There are a number of good players out there who are either unable or unwilling to focus on football as a full-time career, and choose instead to play alongside a more stable form of income. Arbroath have managed to become an attractive proposition for the most talented players of this ilk, because they offer opportunities for high-level football without the full-time obligations. Campbell's knack for spotting talent has allowed him to attract the likes of attacking midfielder Michael McKenna (the league's leading goalscorer with 14 goals and 7 assists) and goalkeeper Derek Gaston, a lifeguard and Rangers FC Academy Goalkeeping coach when he's not between the sticks for the Red Lichties.

Dick Campbell has also had his fair share of obstacles, which make the job he's doing at Angus' largest town even more impressive. A decade ago, he was diagnosed with kidney cancer, which he described as "the sorest thing" he's experienced in his life. While football seems incomparable to an ordeal like that, his strength of character is also currently being tested to the limit at Arbroath. In an appearance on BBC 5 Live's Monday Night Club, he explained the gap in expectations between himself and his Scottish Championship rivals.

"Every other club in this league is full-time," he said. "Their fans, all they want to do is see their team win the league… I just want to stay in the league! I think it's because of that attitude that I've got a right good team… The players I've got, I love them dearly. I've got a fascinating chairman and working-class people. I'm having the time of my life. That's reflected in the way we're going about it."

There's evidently an immense spirit at Arbroath, and their togetherness is reflected in their remarkable home form this season, another driving factor behind their success. The team have lost just once at home all season (on the opening day), and until a recent 3-3 thriller against Raith Rovers, had conceded only 10 goals in this time. They've made their ground Gayfield Park an incredibly tough place to go to, which is hardly surprising given its geographical location. The ground is Europe's closest to the sea (about five yards at high-water mark), and it's no mediterranean paradise; spectators must prepare for 90 minutes of battering by the bitter winds and spray of the North Sea. While Arbroath are used to the screeching winds and occasional waves crashing into the boundaries of the stadium, it's no wonder that opposition teams can be intimated by these conditions. The edge gained when Campbell's side step out at Gayfield shouldn't be underestimated.

Will the club stay part-time if they get promoted?

Things are set up perfectly for the campaign run-in. On April 22nd, the final day of the season, Arbroath travel to Kilmarnock, the club currently sitting top of the league. Depending on how the next four fixtures go, there could be an enormous amount riding on that top-of-the-league clash. Throughout the season, many people have been doubtful about whether or not Arbroath can maintain their form, but with only a few fixtures left, things are looking hopeful. And the omens are good — in 9 of the last 10 seasons, the side top of the Championship at the halfway stage has gone on to win the title (Arbroath were 1st at Christmas). But what if the Angus club do get promoted? Will they be able to hold on to the part-time model that suits them so well, or will things have to change?

Only a few weeks ago, Winger Scott Stewart told The Courier that they'd be able to compete in the top flight while maintaining the current set-up. However, the same publication also reported that vice chairman Ewen West hasn't ruled out switching to a full-time model if promotion is secured. "If we were able to make that step up, we'd have to have a close look at our set-up, contracts and players," he said. "We'd do that in consultation with Dick and Ian (Dick's twin brother and assistant manager) and his staff." There will certainly be some demand for things to step up a gear if Arbroath do achieve the previously unthinkable task of promotion. Community engagement has been boosted massively by the club's brilliant form, with average attendances tripling and more season tickets being sold than ever before. The new Arbroath Community Trust is also thriving, with over 700 local children involved. The prospect of expanding this further within a full-time SPL set-up is surely tempting; however, Arbroath staff and officials will be well aware of the risks of making a step up in professionalism and struggling to keep up with the financial burdens. It'll be a conversation worth having, but right now, the club's part-time model is working perfectly, and before anything changes, they've got a job to do.