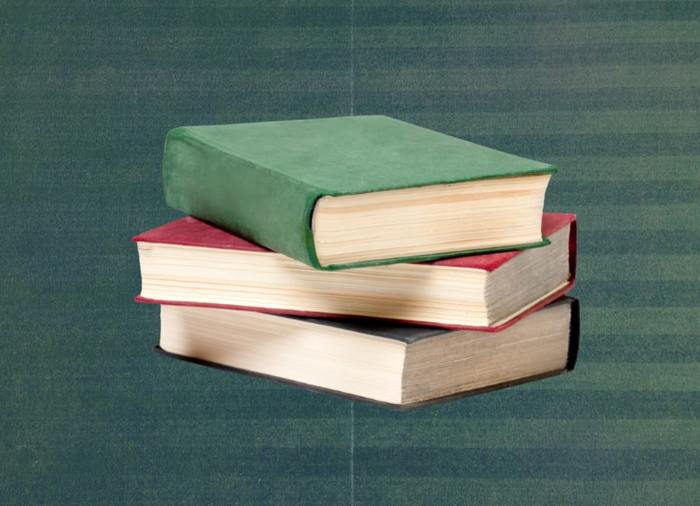 For budding coaches, tacticians, scouts, analysts, and general football lovers, there are few better ways to absorb knowledge about the game than by reading. Alongside the various online resources for footy obsessives, there are tons of amazing books out there dedicated to explaining tactical trends, training set-ups, football history, and so on. That being said, it can be hard to know which ones to read, and which ones to swerve. That's why we've compiled a list of 10 of the best books about football coaching and tactics. Let's get into them.

1) Inverting the Pyramid: The History of Soccer Tactics by Jonathan Wilson

Inverting the Pyramid is recognised widely as one of the most informative and intelligent studies of football's tactical history. Jonathan Wilson, who writes for The Guardian and is the founder/editor of football publication The Blizzard, looks into the finer details of the world's game, exploring the global development of tactics over the years. Inverting the Pyramid isn't just about formations, shapes, and numbers — Wilson also dives into the lives of great tacticians, revolutionary thinkers, and influential players who shaped the sport. The text's tenth-anniversary edition has been updated to include the development of gegenpressing by German coaches such as Ralf Rangnick and Jurgen Klopp, and the pioneering work of Pep Guardiola, alongside many other aspects of the modern game.

2) Soccer Systems and Strategies by Jens Bagsbo and Birger Pietersen

Written by two former coaches of the Danish national team, this text is an international guide to building a style of play around the strengths of the team’s players. Soccer Systems and Strategies introduces readers to football's four main systems of play and breaks down the different strategies, tactics, and stylistic ploys that can be used to contain and counter every kind of opponent. Filled with detailed diagrams and plans of action for implementing each system, the book is one of the most useful practical guides to football tactics available on the market. You can grab a copy from various places, including GoodReads and World of Books

3) Teambuilding: The Road to Success by Rinus Michels

All good coaches know that one of the most important ingredients for footballing success is an effective approach to teambuilding. In Teambuilding: The Road to Success, the highly influential Dutch coach and former Ajax legend Rinus Michels delivers some unique insight into this crucial aspect of the game. FIFA's Coach of the Century backs up his ideas with plenty of anecdotes and examples from his own personal experiences as a coach at Ajax, Barcelona, and the Netherlands national team, where he pioneered his revolutionary 'Total Football' approach. Despite Michels' imposing CV, his book still speaks to the most junior of coaches and tacticians too, giving useful advice for anyone involved with the team-building process. It's a must-read for professional and youth coaches, tactics nerds, and football business professionals alike.

4) Gold Dust: How to Become a More Effective Coach, Quickly by David and Keith Mayer

There are plenty of books and resources dedicated to the tactical aspect of football coaching, which is obviously hugely important. However, one key element of the profession which is sometimes missed is the importance of building relationships and connecting with athletes on a personal level. A #1 Amazon Best Seller in the UK, Gold Dust focuses on strategies for improving communication and learning how to inspire players to perform to their best ability. David and Keith Mayer's book teaches techniques for optimising performances, improving the environments you coach in, and boosting athletes' mental and emotional health, with contributions from a range of First Team Managers, Head Coaches, Academy Managers and Elite Youth Coaches. You can find the book on Amazon.

A wide variety of different small-sided football games and drills are taught in this highly focused practical guide. Deliberate Soccer Practice argues that done right, small-sided games represent the epicentre of soccer improvement. The text is aimed at football coaches of all levels, although it has a particular emphasis on youth coaches, who through the use of small-sided games have the opportunity to positively impact the technical and positional development of young players. Providing simple instructions for teaching players tactics, shapes, and awareness, Ray Power's book is a must-have for newbies to football coaching and strategy. It's available via various publishers, including Blackwell's and Abe Books.

6) The Expected Goals Philosophy: A Game-Changing Way of Analysing Football by James Tippett

In the last few seasons, the metric of Expected Goals (or xG) has become a common sight for watchers of the game. It can divide opinion, although it's not going anywhere any time soon. For those who are still unsure exactly what xG means and how it can help us understand the game, James Tippett's book is the perfect introduction. The Expected Goals Philosophy provides a basic overview of how xG can be used to review and analyse football. Exploring theories used in gambling and talent identification, the book argues for the importance of this game-changing approach to football analysis. If you're a budding coach or tactician, you'll probably want to gain some solid knowledge on the subject. Check out The Expected Goals Philosophy on World of Books.

7) The Mixer: The Story of Premier League Tactics, from Route One to False Nines by Michael Cox

The Athletic writer and podcaster Michael Cox has become one of the most respected names in the game when it comes to tactical analysis and data in football. His book The Mixer: The Story of Premier League Tactics offers a deep dive into the tactical history of the Premier League, looking at how the game has developed over the past quarter of a century. Analysing Ferguson's directness, Keegan's relentless attacking play at Newcastle, and Mourinho's cagey but highly effective Chelsea sides, amongst other teams and styles, this book has been billed as one of the most entertaining, rich, and knowledgeable football books out there. It can be found in a number of places, including Waterstones and GoodReads.

7) Women's Soccer: A Guide to Coaching and Training by Jane Haslam

In the UK and abroad, women's football continues to grow in popularity and quality, having been sidelined for so long. If you're particularly interested in developing a career within the women's game, Jane Haslam's practical guide to coaching and training is a great resource to get you started. Football has become the UK's most important participation sport for women and girls, and Haslam's book seeks to build on these foundations, offering guidance on technical skills, the principles of defence and attack, physical fitness and nutrition, and how coaching environments should be adjusted to suit the needs of female players. It's an impressive publication, and one which lovers of women's and men's football alike will benefit from reading. You can buy a copy on SheKicks or Amazon.

Modern football puts a lot of emphasis on organisation and defending as a team. Great managers such as Jose Mourinho and Diego Simeone have won trophies thanks to their focus on strong defensive play. But if you're more interested in working out how to break down difficult opposition and create goal-scoring opportunities, Phil Roscoe's Modern Combination Play could be the book for you. This text focuses on the key principles of passing, receiving, and possession which will allow you to break down opposition teams while playing attacking, free-flowing football. With more than 80 drills, exercises, and small-sided games focused on improving team combinations, the 11-chapter book progresses through technical advice and training tips on passing and awareness, switching play, possessing under pressure, passing combinations, and much more. Some samples from the text can be found here.

9) Skills and Strategies for Coaching Soccer by Alan Hargreaves

This best-selling book teaches over 125 drills for beginner, intermediate, advanced, and all-star footballers. Going through all the essentials related to tactics, possession, passing, ball control, and much more, Hargreaves' guide to coaching is an invaluable resource that can be applied in a range of different footballing contexts. Dedicated to preparing players for making intelligent on-field decisions, Skills and Strategies for Coaching Soccer can help football coaches and lovers of the game take their game to the next level. Grab a copy here.

Aimed at football coaches of all levels and with players of all ages and abilities, The Modern Soccer Coach offers a unique insight into modern football coaching, structured around a four dimensional approach. Gary Curneen is a UEFA A Licensed coach, and his Modern Soccer Coach Podcast has over 2 million listeners, so you can be sure that the tactical, technical, and interpersonal knowledge communicated in this book is coming from a trusted voice. In the text, he explains historical developments within the beautiful game, introduces some dynamic modern training methods, explores what sets coaches like Klopp, Guardiola and Mourinho apart from others, and shares how to develop a competitive and enjoyable coaching environment for players. Check it out on World of Books.

So there you have it — 10 top-quality books dedicated to teaching you all about the tactical history of football, the key to sporting success, and the best way to optimise player performance as a coach. Some texts are more suited to beginners or experts, but you'll find that the majority of skills can be applied at all levels.  For more guidance on the fine points of getting into coaching, check out our article on how to be a football coach in the UK or get an overview of some of the best soccer formations used by the top coaches in the game.

Are you looking for the best football books focused on other aspects of the game? Join The Football Education Hub and access “The Football Library” - the largest collection of books dedicated to education books to help with your career development in the game.