What Are Offsides In Soccer? 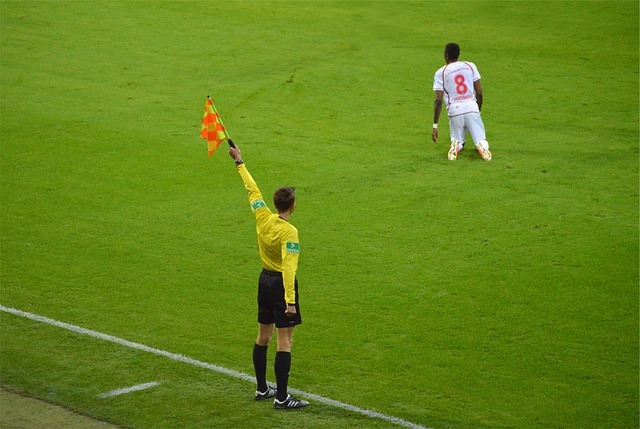 What exactly is the offside rule?

The offside rule is one the most fundamental laws of the game. It promotes fairness and influences both defensive and offensive play by ensuring that attackers don't gain any unjust advantages over opposing defenders.

According to the Olympics website, "the offside rule mandates that during a move, an attacking player, when in the opposition half, must have at least two opposition players, including the goalkeeper, between him and the opposition goal when a pass is being played to him."

What this essentially means is that the attacking player can’t stand behind the defensive line to gain an unfair positional advantage. The rule was brought into action in 1863 by the English FA; however, the initial set of rules formalized in this year also stated that forward passes were not allowed to be made, which caused some confusion. The rule was amended in 1925 — before this point, the attacker would be offside if there weren’t 3 defending players in front of him. The 1925 law change saw this number lowered to 2 defending players. 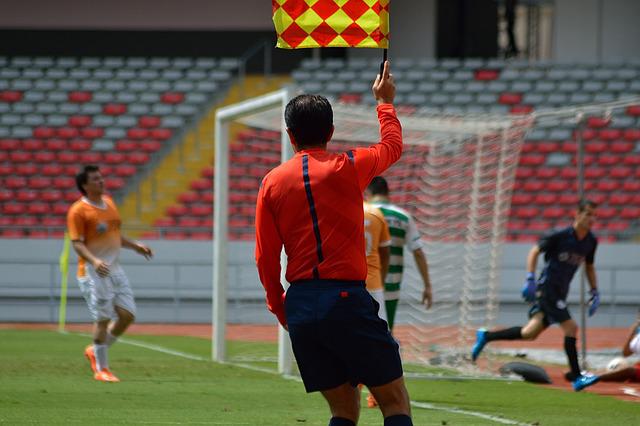 In 2005, the offside rule was amended once more to add some clarity and allow teams to adapt their defending and attacking play. The new rule stated that “In the definition of offside position, 'nearer to his opponents' goal line' means that any part of their head, body or feet is nearer to their opponents' goal line than both the ball and the second-last opponent.”

This new ruling made it possible for players to run into spaces with their arms in offside positions, because only parts of the body that could be used to score a goal, such as the “head, body, or feet” could be ruled to be offside.

In 2016, the International Football Association Board (who decides the rules of the game) decided that no player could be offside in their own half. This was the most recent change to the offside rule.

Being in an offside position results in committing an offside offense. When the match officials judge a player to be offside, the opposition will be awarded a free-kick in the position that the offending player was in when the ball was passed to them. It's worth clarifying that the free-kick isn't from where they receive the ball, but from where their forward run begins.

The offside player also doesn't have to touch the ball to be ruled offside. A free-kick can also be awarded if the attacking player intervenes with the defending players. Some of these interventions include:

-   Obstructing the defender’s line of sight

-   Gaining an advantage when the ball has bounced off the crossbar, goalpost, or goalkeeper.

Defenders who’ve run off the field of play still count as part of the defensive line and therefore can still allow attackers extra room to run into. A good example of this came during a 2008 European Championship game between the Netherlands and Italy, in which Van Nistelrooy remained onside for his opening goal despite the fact that an Italian defender was lying injured beyond the touchline.

When is a Player Involved in Active Play?

A player is involved in active play when they directly or indirectly play the ball. This could mean they either complete a pass or dribble (which would be directly playing the ball), or they block a goalkeeper or defender's view of a shot or cross (which would be indirect). Both situations could be deemed as offside if the attacker is in an offending position.

When is a player not offside on the pitch?

It's also impossible for a player to be offside when they're in their own half. This means if all 11 opposition players are in their half, they can stand anywhere they want without being deemed offside. Players also can't be offside when they are behind the ball and it is played back to them. This happens regularly if a particularly fast winger has made a run behind the defense and passes it back to a player so he can score. Check out this video of Raheem Sterling's 100 Man City goals for loads of examples of this.

Similarly, no player can be offside from a corner. This is a slight exception to the rule, as the ball is already placed in line with the goalposts and no player can be further forward than that in the field of play.

Another rare example of a player not being offside is from a goal kick. Many goalkeepers will aim to kick the ball upfield as far as they can, which means that defenders have to be extra careful at goal kicks.

What happens after offside is called?

Offside is usually called by one of the two linesmen, the match officials responsible for running up and down the touchline at the side of the pitch. It's the linesman's job to call offsides, because their angle allows them to view the defensive line and notice whether attackers are beyond it. If the linesman deems a player to be offside, they will point their flag horizontally, or 45 degrees above or below horizontal.

After offside is called, an indirect free kick will be awarded to the opposition team, which means the free kick can be passed but not shot directly at goal. Between the offside call and the moment at which the free-kick is taken, both teams will have a chance to reset their structures so that the game can restart fairly.

In 2018, VAR, or video assistant referee, was introduced to elite football around the world. It was designed to be more accurate and allow for referees to make more precise decisions not just for offside, but for foul play, goal disputes, and penalties. It has come under a lot of scrutiny, as many fans believe it ruins the game by disrupting play and disallowing goals by incredibly small margins. Within the Premier League, there have been several issues with its implementation by referees.

Why have the rule at all?

The main reason for the offside rule is to stop players from “goal hanging”, a term used to describe the action of hanging around by the goal in an offside position waiting for the ball to be played to them so they can score an easy goal with little opposition. Discouraging this strategy allows for more technical ability to be trained and displayed during matches.

One interesting way defenders have adapted to using offsides to their advantage is a tactic that has been named the “offside trap.” Many defenses with top communication skills line themselves up perfectly with one another and when they believe the ball is going to be played, they’ll rush forward and try and trap any attacking players into an offside position. Unai Emery's Villareal team showcased a great example of this in their recent Champions League clash with Bayern Munich. Various other sides have used this tactic as a way of turning over possession and restarting their own attack.

By playing a high defensive line and nominating a defender as a “last man”, the offside trap can be great for handling teams that play possession football. However, sometimes coaches will believe that different tactical strategies will make them better equipped to cope with the opposition.

Hopefully, you'll now have a great idea of exactly how the offside rule works and why it's so important to the game of soccer. For some more guidance on the basics of the world's most popular sport, check out another of our explainer pieces, 'How long is a soccer game?', the role of game officials or learn about the dimensions of a soccer field.