The Role of the Goalkeeper in Soccer 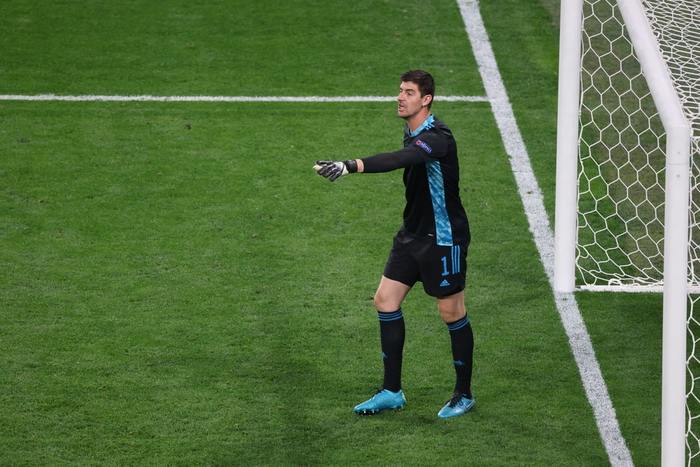 "All goalkeepers are mad" — it's become a cliché within soccer. Being a goalkeeper is a very special job, and it's certainly not for everyone. The sense of isolation, solitude, individual responsibility, and sheer physicality inherent to being a soccer goalkeeper makes this a pretty unique position.

But there's an art to it. A huge range of different skills and attributes are needed to become a good goalkeeper. Some may come naturally, but most have to be learned over the course of hours and hours of hard training.

In this article, we'll be exploring the role of the soccer goalkeeper, explaining how to play in this position, and defining some of the key traits needed within this role. We'll also guide you through some of the most iconic goalkeepers of all time, and consider who the best keepers in the world are right now.

How to Play as a Goalkeeper

Goalkeepers are the last line of defense, the furthest player from the opposition goal at pretty much all times. Their job is to guard their goal and keep a "clean sheet", doing everything they can to stop the opposing team from scoring, and instructing the defenders around them in order to help them achieve this goal.

One of the most important and unique remits of the goalkeeping role is that players in this position can use their hands. While outfield players will be penalized (and the opposing team awarded a foul) for handling the ball, goalkeepers rely on the use of their hands massively. That being said, this handling advantage is only applicable inside a goalkeeper's penalty area. Once they stray outside their box, the handball laws apply to them too.

Goalies are responsible for catching crosses, dealing with various types of shots, saving free kicks and penalties, and scooping up any loose balls that come their way. For these reasons, all goalkeepers wear specially-designed gloves that protect their hands and add crucial cushioning and grip to help them use their hands effectively.

A number of other duties are included in the job of the goalkeeper. Besides making saves and catching any balls that come towards them, they are also expected to be able to distribute the ball in a number of situations. Over and under-arm throws are an important aspect of distribution (particularly when teams are looking to start a quick counter-attack from a defensive position), as are goal kicks. Goalkeepers will often also take any free kicks that are awarded within their own defensive third of the pitch.

In the modern game, footwork and passing have become increasingly important amongst goalkeepers, too. If a coach is looking to dominate possession for long periods, they will expect their goalkeeper to be able to control and pass the ball with speed, accuracy, and efficiency, even when the opposing team is pressing high up the pitch.

The Key Traits of a Goalkeeper

When it comes to outfield players such as center-backs, full-backs, or midfielders, there's a lot of overlap in terms of which skills are needed in each position. However, the goalkeeping role requires a specific set of skills that other outfield players simply don't need to have. It's for that reason that goalkeepers are separated from their teammates during most training sessions at professional clubs.

Let's take a look at some of the key traits needed within the discipline of goalkeeping. 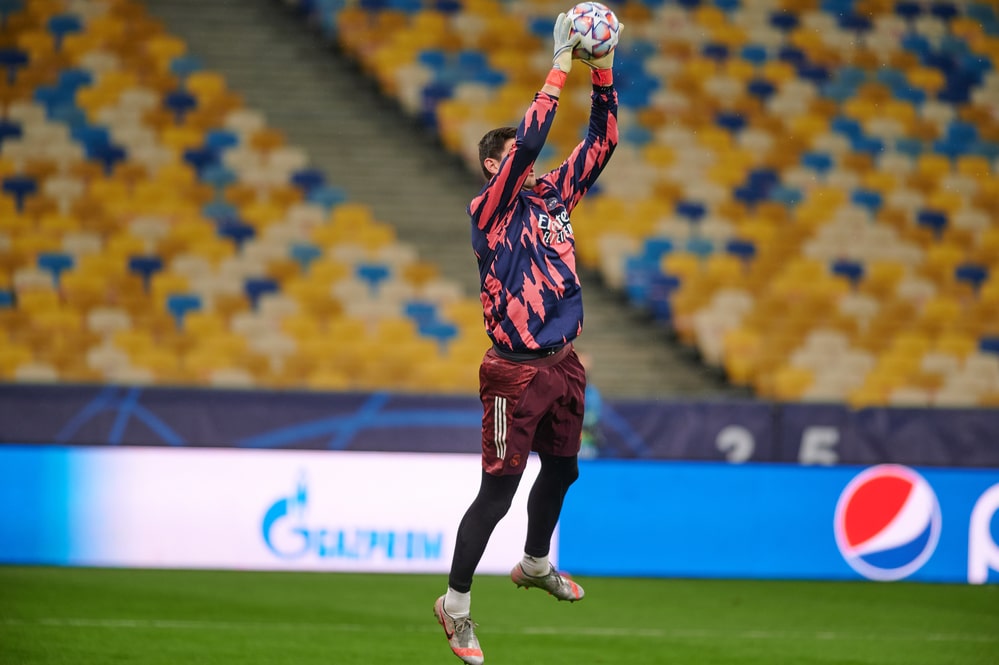 A core skill in any goalkeeper's arsenal is the ability to catch the ball in all sorts of different situations. They should be able to jump high and collect crosses into the penalty area from corners, free kicks, or open play. They'll also generally aim to catch most shots that come towards them, unless they're particularly powerful or well-placed, in which case keepers will look to parry or block them instead. Catching any stray balls or deliberate defensive nod-backs is another key aspect of the role that helps relieve pressure from a defensive perspective.

Being able to anticipate and save shots from opposition attackers is an essential part of the job description for any goalkeeper. The best shot-stoppers are able to regularly make accurate judgments on whether to block, punch, parry, or even kick away shots that are aimed at goal. In certain situations, different types of save will be needed. Elite-level keepers like David de Gea are excellent at knowing when to utilize different types of save.

There aren't many positions on a soccer field that require players to be a certain height, but goalkeeper is one of them. Historically, goalkeepers got away with being much smaller, but in the modern game, the average height for a goalkeeper is 6ft 2in, and there aren't any keepers in the Premier League that are under 6ft.

This height advantage is crucial when it comes to dominating and reaching the corners of your goal, catching crosses, and generally looking imposing to opposition strikers. And it's not just height — goalkeepers also need to be physically strong, with sturdy arm muscles capable of taking the force of powerful shots.

Don't be fooled into thinking that because most keepers are taller than average, they don't have the agility and reflexes that smaller players do. These two attributes are some of the most crucial skills in the goalkeeping arsenal.

Goalies need to be able to move around their penalty area with speed, agility, and flexibility. This is important not just for making quick reflex saves but also for coming off the goal line to intercept and collect loose balls, close down opposition strikers, and clear the ball from danger.

The best goalkeepers are also leaders on the pitch. Any keeper worth their salt will regularly be seen bossing their defenders around, assigning them different players or zones to mark, and shouting at them when things go wrong. Commanding one's penalty box in this way is a crucial facet of the goalkeeping role.

Throughout a soccer match, goalkeepers will be faced with numerous goal kicks, free kicks, and other situations in which they'll be required to show off their kicking abilities. Goalkeepers must be able to kick the ball long distances, using power, pace, and accuracy. Kicking also comes into play when goalkeepers become part of outfield passing moves.

Yes, in the modern era, some goalies end up playing an important role in their team's building-up of possession. Keepers like Manchester City's Ederson or Liverpool's Alisson Becker pride themselves on their ability to receive, control, and pass the ball. And when under pressure from opponents who are waiting hungrily for you to touch the ball, having good footwork is essential.

Who are the Best Goalkeepers in the World?

We've just mentioned a couple of the world's best current goalkeepers, but let's spend a little more time diving into some outstanding stoppers in detail.

One man who should be mentioned right off the bat is Real Madrid's Thibaut Courtois. His electric performance in the 2022 Champions League Final was crucial to Real Madrid's win. A giant of a keeper at 6ft 7in, the Belgian international is absolutely unstoppable on his day. 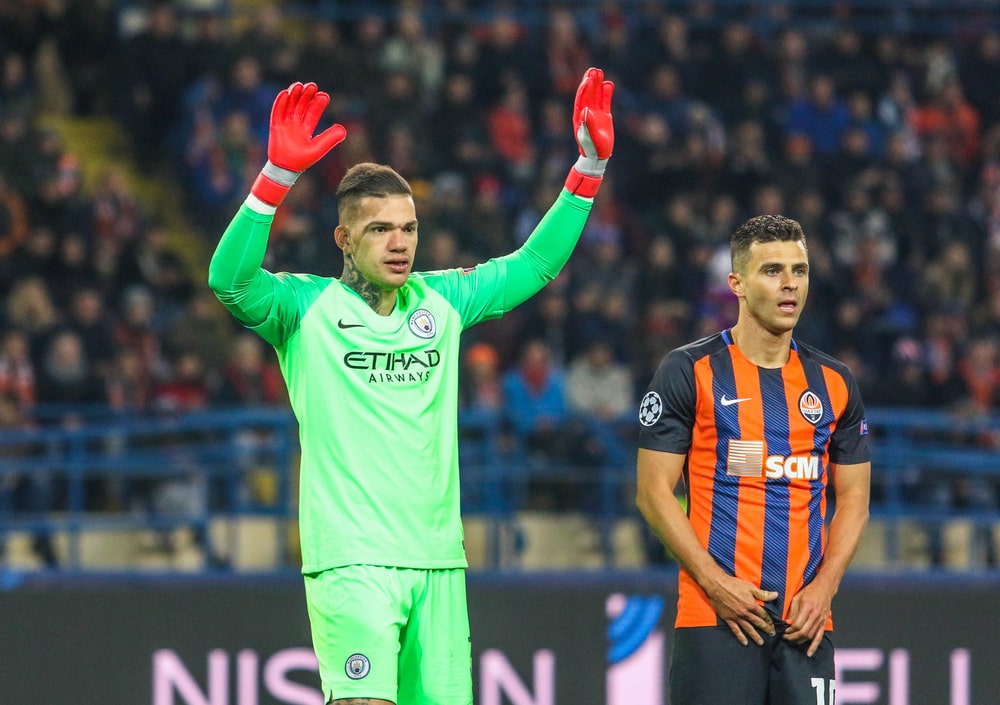 In terms of technical ability, Ederson might just be the best keeper in the world. His ability to receive the ball under pressure and audaciously pull off a turn or a skill is remarkable. With great footwork, excellent distribution skills, and a sturdy frame, he's a superb keeper.

A rival for Ederson when it comes to technical ability, but perhaps an even better shot-stopper and commander of the penalty box, fellow Brazil international Alisson Becker is another one of the world's best goalkeepers, without a doubt.

Another player who certainly deserves a mention is Atletico Madrid stalwart Jan Oblak, who has won numerous trophies during his 8-year stint at the Spanish club, including La Liga. The Slovenian No.1 is frequently ranked as one of the best goalkeepers in the world, due to his strength, speed, athleticism, and lightning-quick reflexes.

Chelsea stopper Edouard Mendy is impressive in stature, and commanding within his penalty box. The Senegalese AFCON-winner claimed both the UEFA Goalkeeper of the Year and The Best FIFA Goalkeeper in 2021, becoming the first African goalkeeper in football's history to win both awards.

Who are the Best Goalkeepers of all time?

Let's take a trip through the history books. The goalkeeping role has seen a lot of development over the years, but one thing that connects all these players is an abundance of talent.

Considered by many to be the greatest goalkeeper of all time, Soviet Union goalkeeper Lev Yashin (nicknamed "the black spider") was a remarkable shot-stopper who saved around 150 penalty kicks and kept 270 clean sheets during a long career. Representing the Soviet Union from 1950 until 1970, he remains the only goalkeeper ever to have won the Ballon d'Or. 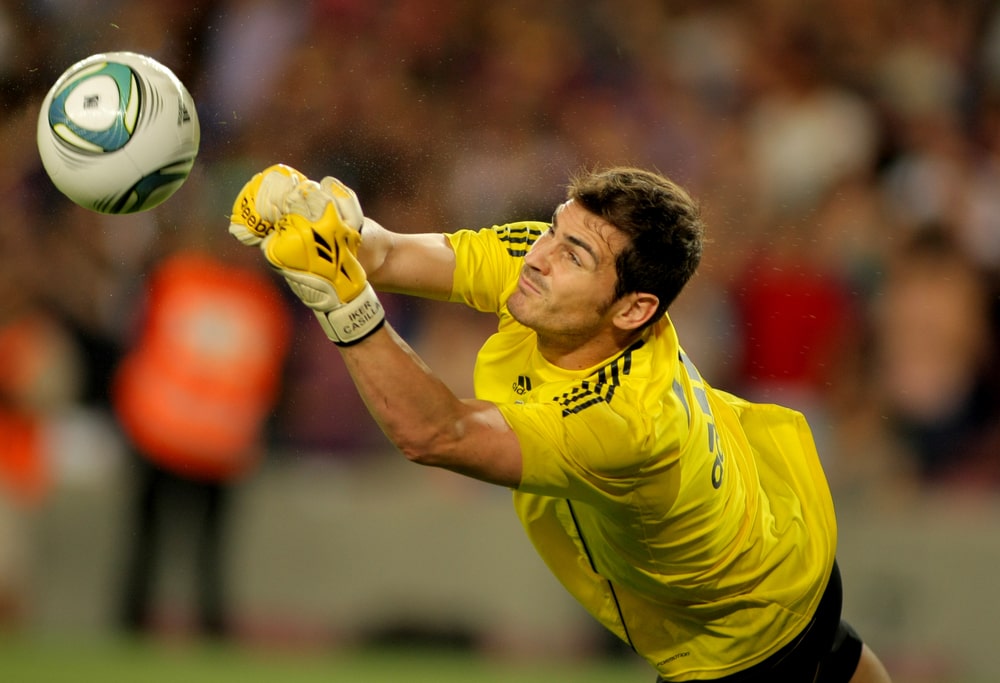 Recently-retired Spanish keeper Iker Casillas was a serial winner. With 5 La Liga titles, 3 Champions League trophies, a World Cup, and two European Championships to his name, he's undoubtedly one of the most successful goalkeepers ever. A Real Madrid and Spain legend who saw out his career with Porto, Casillas is a true goalkeeping great.

Will Gianlugi Buffon ever retire? At the time of writing, the legendary Italian keeper is still going strong aged 44, lining up for his old club Parma in Serie B after a phenomenal, trophy-laden 17-year spell at Juventus. A legend of the game, Italy's tall, strong, and athletic former No. 1 is one of a handful of players to have racked up over 1,110 professional appearances.

Another player that's still playing today, Manuel Neuer has redefined the role of the goalkeeper during his long career with Bayern Munich and Germany. A "sweeper-keeper" with a remarkable ability to anticipate danger and rush far outside his box, the 36-year-old is widely regarded as one of the sport's greatest ever goalkeepers.

Who is the best goalkeeper in soccer?

It's hard to say who the world's best goalkeeper is, because different keepers have different strengths. Some have excellent distribution, some are highly technical, while others are stunning shot-stoppers. Jan Oblak, Alisson Becker, Ederson, and Thibaut Courtois are some of the best operating in the game right now.

What are the rules for a goalie in soccer?

Unlike outfield players, goalkeepers are allowed to use their hands to control, catch, save, and distribute the ball. However, they can only do this inside their own penalty area — outside, the handball law applies. This is the main rule that affects goalkeepers.

Besides goalkeepers, other positions in soccer include the center-backs, full-backs, center-midfielders, wide midfielders, and forwards. These roles can be utilized in various different ways, depending on the formation.