The 10 Best Panenka Penalties Ever 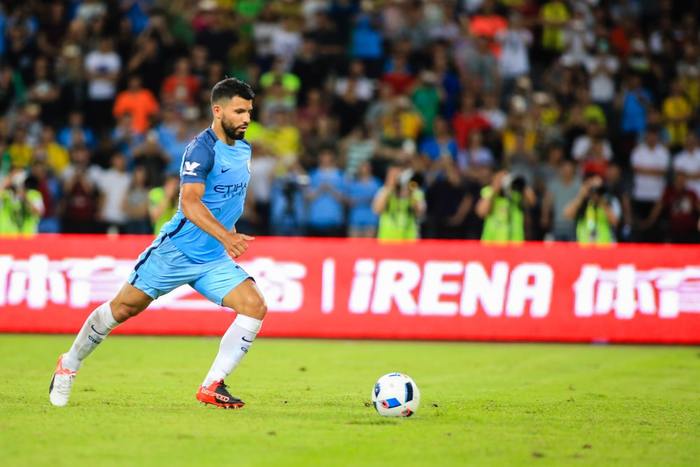 If you're well-versed in the art of soccer tricks and skills, it's likely that you've heard people refer to a "panenka" penalty before. Only the most confident and technically gifted players tend to try it, and when it comes off, it can look spectacular. But what exactly is a panenka? In this article, we'll give you a comprehensive guide to this special technique. We'll take you through the history of the panenka, and have a look at some of the best ever examples of this skill.

What is a Panenka?

A Panenka penalty is a specific type of shot which aims to trick the opposition keeper and convert the kick in a super stylish fashion. When performing a Panenka kick, the penalty taker will chip the ball gently down the middle of the goal, after taking a fast, purposeful run-up designed to make the goalkeeper anticipate a powerful spot-kick into a corner. As the keeper anticipates this kind of shot and dives to one side, the penalty taker will strike the ball gently into the empty mouth of the goal.

This technique gets its name from Antonin Panenka, a former Czechoslovakian international who famously introduced this technique to the world in the 1976 European Championship final against West Germany. After 90 minutes plus extra time finished, the match was level, meaning that a penalty shoot-out was needed to decide the winner. Antonin Panenka stepped up for the final Czechoslovakian penalty, knowing that if he scored his country would win the tournament. It was at this moment that he tried the cheeky chip, and it sure paid off, tricking the German keeper and winning the European Championship trophy.

This moment wrote Panenka's name into sporting legend, and since then, many other famous players have tried the technique. It's a risky strategy, given that if the opposition goalkeeper chooses to remain still and only react to the direction of your shot once it's been hit, they will have an easy catch to make. A prime example of this can be seen from Ademola Lookman's penalty miss for Fulham in the 2020-21 season (sorry Ademola!) For that reason, a certain type of personality is needed when it comes to attempting the Panenka kick.

So who's been brave enough to try the Panenka? And who has achieved the greatest success using this technique? Let's take a look at some of the most famous examples of the Panenka penalty that have taken place over the years.

The 10 Best Panenka Penalties Ever

Czechoslovakia's Antonin Panenka isn't the only person to lead his team to success using this special penalty-taking technique. In this section of the article, we'll guide you through some of the best Panenka kicks ever taken, in both club and international soccer.

Uruguay's Loco Abreu may not be the most famous name in world soccer, but his spot-kick against Ghana in the 2010 South Africa World Cup is certainly up there with some of the best ever Panenka penalty goals. After a dramatic quarter-final tie which saw Luis Suarez sent off for a goal-saving handball on the goal line, the match was settled via a penalty shootout. Uruguayan striker Loco Abreu provided one of the shootout's highlights, converting his penalty with an audacious chip down the middle. His love of chipping penalties was well-known, having worked for him during the 2007 Copa America and the 2010 Campeona Carioca — but that didn't help Ghana's keeper Kwado Asamoah out, and Abreu's Panenka was scored with style, confidence, and a trademark lift of the knee which helped him guide the ball home.

The Champions League has provided the stage for some of the best Panenka penalties ever. It's hardly surprising given the quality of player on show in this competition. One of the players that has consistently shown he can convert Panenka penalties even under the extreme pressure of European knockout soccer is Spain and Real Madrid legend Sergio Ramos. That being said, for this list we've picked one of Ramos' La Liga goals, a textbook Panenka with a stunted run-up that sends the keeper the wrong way. Beautiful.

In the Champions League Round of 16 in 2019, Man City annhiliated Schalke at the Etihad Stadium. In the 7-0 demolition, striker Sergio Aguero grabbed 2 goals, one of which was a super cheeky Panenka penalty. Knocking the ball past Schalke goalkeeper Ralf Fahrmann with a light sidefoot effort, Aguero's shot showed the flexibility he has in front of goal. You can watch the Aguero Panenka video here.

In April this year, Manchester City and Real Madrid produced one of the greatest ever two-legged Champions League semi-finals. A frantic end to the second leg saw Real Madrid win the tie with an aggregate score of 6-5, and it was arguably Karim Benzema's first-leg penalty that was the pick of the bunch in terms of goals. His 82nd minute penalty pulled Madrid back into the tie with an unbelievably cool finish. Lifting the ball into the roof of the net with delightful skill, Benzema wheeled off to celebrate knowing he'd scored one of the great modern panenkas.

Euro 2000 was won by France during a period of sporting dominance for Les Blues. However, it was Italy's Francesco Totti that provided one of the most skillful moments of the tournament. His stunning chip helped send Italy to the final, in incredible style. He seems to almost dig his foot into the ground as he kicks the ball, generating enough power to direct the ball away from the keeper, while retaining the kind of elegance and class that he was always known for.

France legend Thierry Henry remains one of the most talented players to ever grace the Premier League. His winner against Newcastle in September 2003 was one of many moments of magic he produced for Arsenal. With the match level at 2-2, he stepped up to the penalty spot facing immense pressure to grab all 3 points. Not only did he deliver, but he did so in extreme style, dinking the ball into the centre of the goal and leaving Newcastle keeper Shay Given stranded. It's without doubt one of the best panenkas to have been scored in the Premier League.

The Messi Panenka has become a pretty legendary sight. Perhaps the greatest player of all time, Lionel Messi scored an unbelievable 672 goals for Barcelona during his trophy-laiden time there. A fair few of these were penalties, and Messi opted for the Panenka technique on multiple occasions during this time. With each one as delicate and accurate as the last, it's hard to pick the best Messi Panenka penalty, but it's hard to look past his incredible spot-kick against Getafe in 2015. The goal kicked off a 6-0 drubbing, but even more notably, it was declared by Antonin Panenka (the technique's inventor) to be the best example of a Panenka ever. Not bad!

After an illustrious career which cemented his status as one of the greatest modern players in the world, it was heartbreaking to see Zinedine Zidane end his time playing with a red card against Italy in the 2006 World Cup final. Thankfully, however, he left us with a truly special moment earlier on in the game. With just 7 minutes on the clock, his nation, France, were awarded a penalty, and it's fair to say the pressure was on when their No. 10 stepped up. Glancing the top of the crossbar before bouncing down across the line and giving France the lead, Zidane's penalty showcased not just his immense quality, but also his confidence.

Italian midfield maestro Andrea Pirlo lit up the world stage for Italy, Juventus, and Inter Milan throughout the 2000s and 2010s, winning the World Cup plus numerous league titles and cup competitions in Italy. One of his most skillful moments for the Azzurri came during the 2012 European Championship against England. He capped a wonderful individual performance with the cheekiest of chips to help Italy win the game's decisive penalty shoot-out. Casual, nonchalant even, Pirlo's Panenka has become one of the best-known examples of this special spot-kick technique. You can take a look at his penalty here.

It would be crazy not to rank Panenka at No. 1, given that his legendary spot-kick was what gave this technique its name in the first place. It's one thing stepping up to take a Panenka-style penalty today, when legends such as Pirlo and Zidane have already proven its efficacy on the world stage. But to try this audacious chip before anyone else, when you're not yet a worldwide household name, takes a lot of confidence. Fair play to Antonin Panenka — this famous effort has helped give birth to some moments of real magic over the years.

That's it — the 10 best Panenka penalties ever. You might disagree with some (after all, there have been tons of amazing Panenka goals over the years), although we think that top 5 is pretty hard to argue with. The Panenka is one of those skills that can't be coached; it's down to individual genius, and a big splash of confidence, something that players like Andrea Pirlo and Sergio Ramos have in spades. Find out a little more about the brilliance of Ramos and his central defensive peers in our article on the role of the center-back in soccer,

Or, if you want to learn more about the basics, check out our overview of soccer field dimensions or the role of game officials.