The 4-1-3-2 Formation: Its Uses, Benefits, and Weaknesses 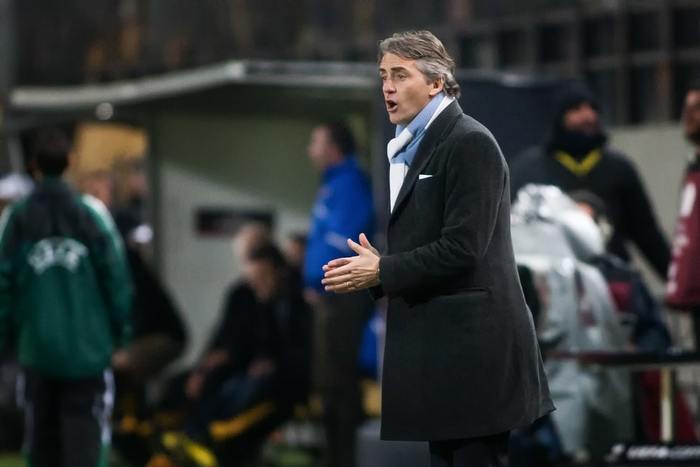 In our ongoing series explaining some of the best soccer formations used in the modern game, we've tackled a wide range of systems. Some are currently being used by the world's best teams (the 4-3-3 formation, for instance), while others are a little less common or tied to a different footballing era.

The shape we're focusing on in this article falls into the second category. The 4-1-3-2 system isn't particularly common, and there aren't too many prominent examples of modern teams using it effectively. That being said, it has numerous benefits, and it can pose serious problems when an opposition team isn't sure how to defend against it.

In this article, we'll present you with a comprehensive guide to the fundamentals of the 4-1-3-2 formation, the strengths and weaknesses of this system, and some examples of clubs and managers that have been known to use it. Later on, we'll also explore the best ways to exploit and defend against this formation. But first, let's start with the basics.

Typically used by teams looking to dominate the final third of the pitch, 4-1-3-2 is generally seen as a very attacking formation. In a sense, it's a variation of the 4-4-2 shape, with the composition of the midfield tweaked a little bit.

4-1-3-2 starts with a back four of two center-backs, a right-back, and a left-back. It uses just one central defensive midfielder to shield this defensive line (sometimes referred to as a single pivot). The protection given by this central midfield player is super important, because the full-backs in this system will often be encouraged to get forward, leaving the middle of the defensive line a little exposed.

In front of the defensive mid pivot in a 4-1-3-2 are five relatively attack-minded players who concentrate largely on working the ball into advanced areas of the pitch. This emphasis on offensive play means 4-1-3-2 can be super effective when it comes to creating chances and exploiting opposition defenses. Let's drill into those 5 roles in a little more detail.

The 3 attacking midfielders in a 4-1-3-2 structure will often be relatively narrow, their focus on linking up with each other and feeding the two strikers in front of them. In the center of this 3, there will usually be a primary playmaker, with the left and right attacking midfielders on either side of them tasked with supporting them and engaging in more box-to-box play. 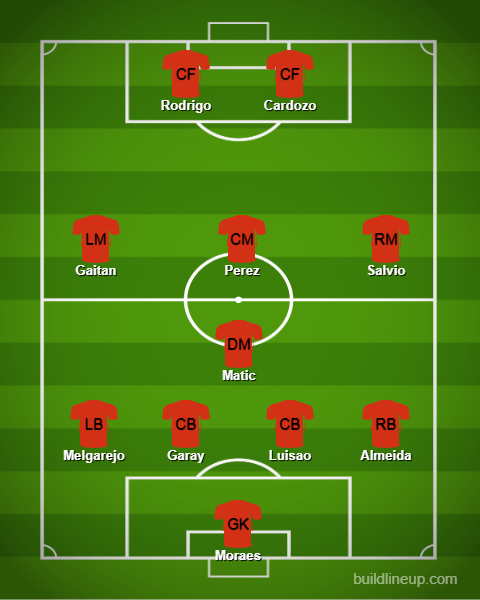 Finally, the two strikers at the head of this shape will be able to press opposition defenders aggressively and win the ball high up the pitch. Having two forwards will reduce the chance of isolation, particularly given that they're supported by 3 attacking midfielders. This plethora of offensive options means the 4-1-3-2 formation can run opponents ragged and create wave after wave of attack. But what other advantages does this formation have?

Out of all the formations we've regularly seen used on the world stage, this is one of the systems most clearly crafted with attacking intentions in mind. Essentially, it's an attack-minded variation of 4-4-2 which ensures attacking power while also narrowing the midfield in order to reduce the risk of getting overrun in the center.

Out of possession, the 3 more attacking central midfielders can drop back to form a compact shape in the middle of the park. And even in these moments, it's possible for the front 2 to stay high, press opposition defenders, and provide an attacking outlet.

In possession, the space left out wide by the narrow midfield can be filled by full-backs, who are often relied upon to provide attacking width and play balls in behind the opposition defense. Meanwhile, the defensive support offered by the single central midfield pivot gives freedom to the 5 players ahead. While this CDM sits deep, cuts out attacks, and passes the ball forwards, the attacking midfielders and strikers can get high up the pitch and create dangerous chances.

We've already mentioned the narrow nature of this formation, and while this can provide some advantages, it's also a potential area of weakness for any team that plays 4-1-3-2. If a midfield 3 becomes too narrow, it can be difficult to create moves via the wings, particularly if your central midfielders find themselves dropping into a diamond shape, or if you don't have fast, skillful attacking full-backs able to provide width.

This potential for exposure in wide positions means that teams who play with this formation can be vulnerable to fast counter-attacks. With only one defensive-minded central midfielder in action, it's possible for a defense to become overrun when faced with a swift, effective counter-attacking side.

Compared with 4-4-2, the 4-1-3-2 shape reduces the risk of surrendering possession to the opposition midfield, because with attacking central midfielders instead of wingers, there are more players in the middle of the pitch. Ultimately, though, it's still a midfield 4 in operation here; when coming up against a midfield 5, the risk of the opponents dominating possession is still very much present.

Which clubs and managers have used this formation?

We've mentioned how this isn't the most commonly used formation in world soccer, but there are a couple of interesting recent examples of how this shape can work brilliantly...

The Croatian coach, whose CV includes stints at Besiktas, West Ham United, and West Bromwich Albion, managed his national team between 2006 and 2012. During this time, one of the side's most memorable achievements was beating Steve McClaren's England team 3-2 at Wembley to top their Euro 2008 qualifying group and prevent England from making it to the tournament. 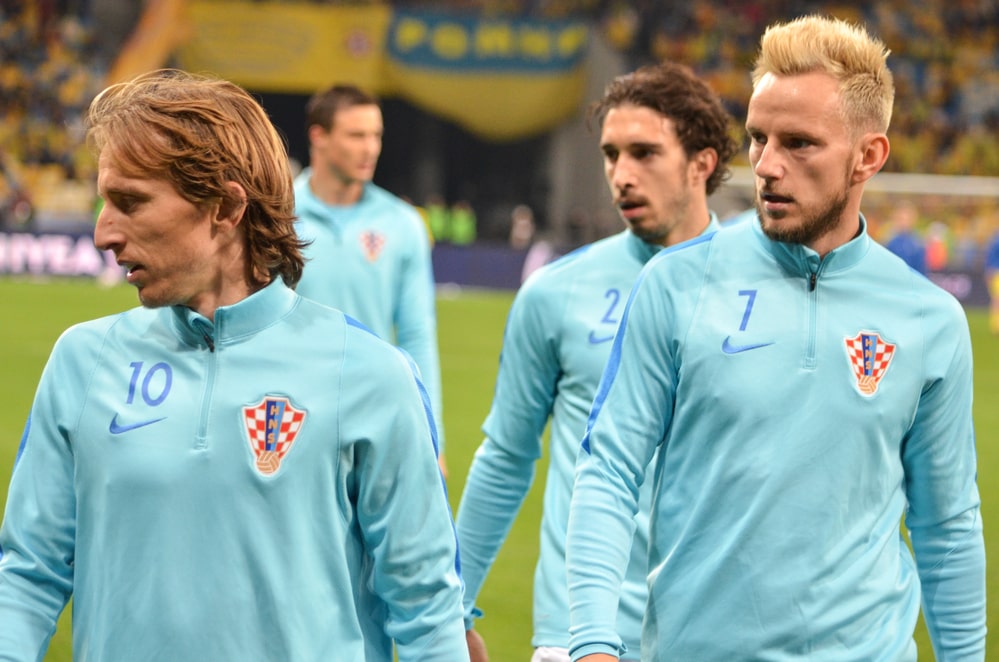 Croatia's triumph at Wembley came down partly to their employment of an innovative 4-1-3-2 system. This formation helped Bilic's team get the best out of a group of skillful players that included Luka Modric, Ivan Rakitic, Nico Kranjcar, and Ivica Olic. The use of 3 attacking midfield players allowed talents such as Modric and Rakitic to link up in a fluid playmaking system that gave great support to the team's two forwards, Olic and Eduardo.

A few other well-respected managers have used this system at the highest level. Italian manager Roberto Mancini utilized the benefits of the 4-1-3-2 shape at various points during the 2011-12 season, in which he led Manchester City to their first ever Premier League title. This formation allowed him to squeeze in an abundance of attacking talents including Yaya Toure, David Silva, Samir Nasri, Edin Dzeko, and Sergio Aguero.

Portuguese coach Jorge Jesus has implemented a 4-1-3-2 system at various different clubs. The most successful example was at Lisbon heavyweights Benfica, where he managed between 2009 and 2015. During this spell, the 4-1-3-2 formation helped him win an array of domestic trophies. 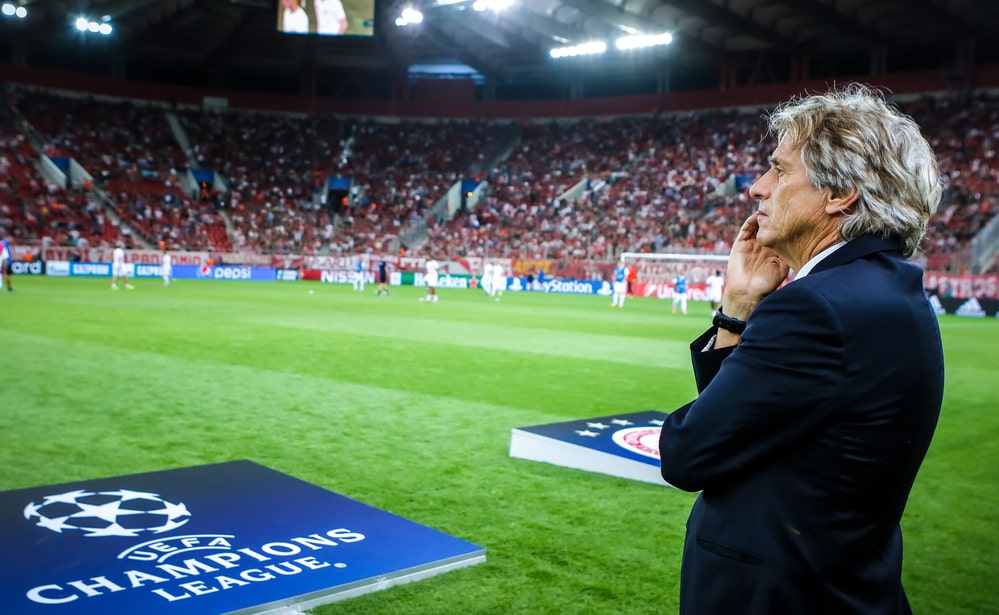 Due to the lack of regularity with which you see this formation in action, it can be hard to know exactly what will work against it. There are a few different paths that can be taken.

One of the best ways to play against a 4-1-3-2 shape is to heavily overload the flanks and take advantage of the gaps left out wide by this formation. Getting attacking players down the flanks can lead to 1 v 1 situations against those in the right-back and left-back positions. If these areas are relatively weak for your opposition, utilizing the wings is one of the best tactics available to you.

Another area of the pitch to focus on is center defensive midfield. Pushing two midfielders or forwards into the hole where the deep central midfielder is sitting can leave them outnumbered and isolated. This will often cause the playmaker in a 4-1-3-2 to drop back in order to help their teammate, which stops this supposedly attacking midfielder from doing their offensive job.

Employing these strategies can expose the weaknesses of the 4-1-3-2 shape and give you a good chance of beating it. Even when the strengths of a given system appear to outweigh its weaknesses, there are always things that can be done to negate your opposition's threat and give them something to think about. If you're keen to find out more about the fundamentals of soccer tactics and positional play, you should check out our guide to the best books about football coaching and tactics.

What is the most attacking formation in football?

There are a number of highly attack-minded shapes that are used regularly within football, one of which is 4-1-3-2, a system built around 3 attacking midfielders and 2 advanced forwards. Formations using 3 defenders, such as 3-5-2, can also be used to put an emphasis on attack.

The 3-5-2 formation is one of the most popular systems in modern football. Using 3 central defenders, 2 wing-backs, a strong midfield 3, and 2 strikers, it offers a huge amount of balance all over the pitch. Check out our article on the 3-5-2 formation for more information.