What Is A Box To Box Midfielder? 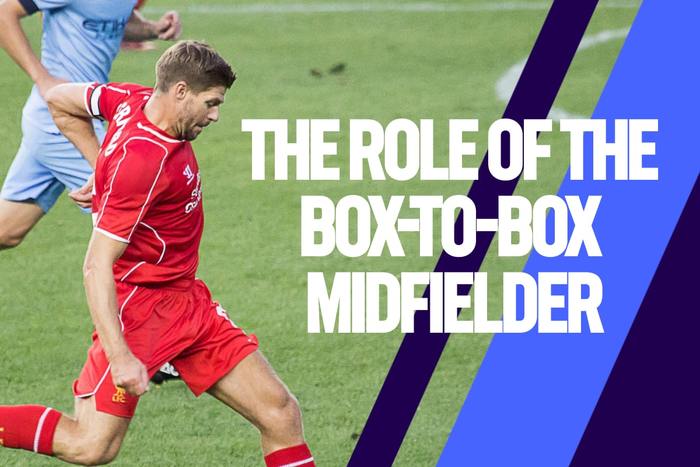 The role of a midfielder has changed a lot in recent years. In the early days of the Premier League, the 4-4-2 formation dominated, with most teams choosing to play with a flat back four, a flat midfield four, and two strikers.

As the game has progressed, midfield set-ups have evolved, with many coaches choosing to play a defensive double pivot of two central midfielders, or a single pivot with 'free 8's or one central attacking midfielder. One key consequence of these developments has been the declining presence of the box to box midfielder.

What Is A Box To Box Midfielder?

Center midfield is one of the most demanding soccer positions there is. However, things are taken to the next level altogether with the role we're discussing today.

Box to box midfielders are the definition of an end-to-end position. Their home is central midfield; however, they're required to take responsibility for a variety of tasks, both defensive and offensive. They drop back to help out in defensive situations, intercepting, tackling, and blocking the ball, and as soon they win it, they're expected to progress the ball forwards and mount attacks.

Ball-carrying, dribbling, and passing is essential in these transitional moments. What's more, box to box midfielders also need to be potent in the opposition penalty area. This is where their name comes from: over the course of 90 minutes, these players move constantly between one penalty box and the other, shaping the game in both areas.

Generally speaking, a flat 4-4-2 formation is best suited to accommodating the box to box midfielder. Either one or two of the central midfielders in this shape can occupy this role, taking a direct, physical approach to play. 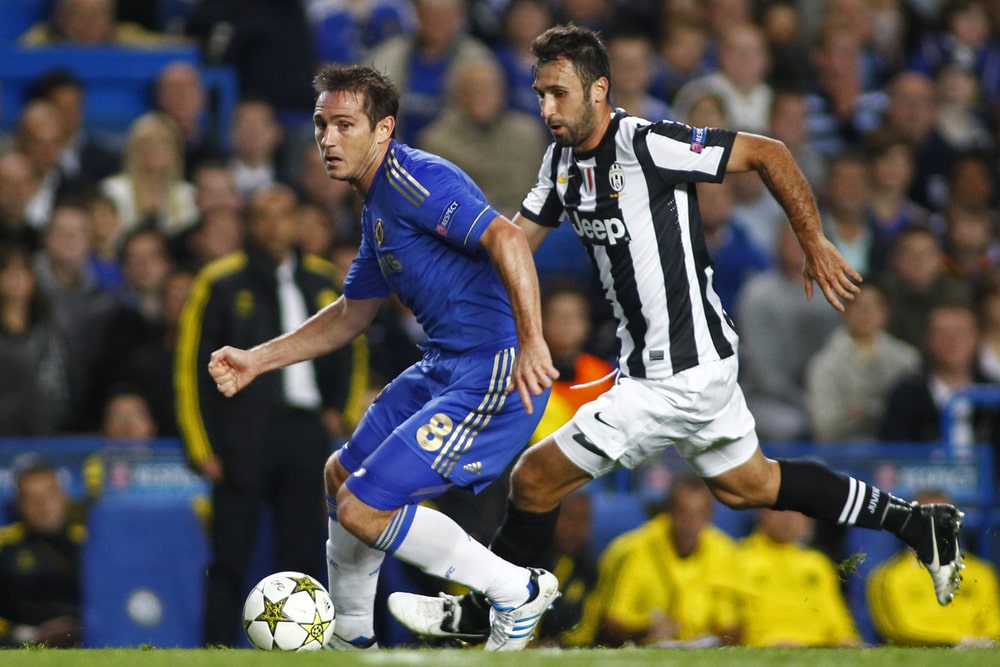 The Key Traits Of The Box-To-Box Midfielder

As you might imagine, this dynamic role involves a wide variety of different skills and attributes. While a striker is depended on primarily for their goalscoring ability and a center-back is mainly there as a stopper, box to box midfielders need to be able to do both adequately. Let's take a walk through some of the key traits needed in this position.

Perhaps the most basic (but by no means easy) element of the box to box midfielder role is the need for extremely good stamina and fitness levels. This role requires constant running up and down the pitch, so it's crucial that any player operating in this role is not only able to extremely keen to run with high energy for 90 minutes.

In order to win the ball from opponents and keep hold of it under pressure, box to box midfielders must be sturdy and physically strong. Being able to go into tackles with force (as well as resisting the challenges of opposing players) helps turn defense into attack. It's important to note that size isn't crucial, and some of the best box to box midfielders aren't of huge build — it's about using what you've got.

Being able to press the opposition with pace, energy, and intelligence is another crucial facet of central midfield play. Having this skill is what puts you in a position to be able to tackle and intercept the ball.

Box to box midfielders are arguably the most important player on a team when it comes to launching counter-attacks and moving from one end of the pitch to the other. A key part of effective counter-attacking play is sharp, accurate, quick passing. A range of different types of passes are needed in a midfielder's arsenal; quick, intricate passes to move past opponents in tight spaces, long, raking balls to advancing forwards, and precise crosses around the opposition box.

While this position doesn't require lightning pace, it is important that players are able to move up and down the soccer field with speed. This is important in terms of getting forward to support counter-attacks, but speed is also crucial for any player that wants to successfully track back and help their teammates in defense.

The Best Box To Box Midfielders Of All Time

Some of soccer's greatest ever players have become famous for dominating the midfield battle and contributing in both boxes. Here are a few of he best.

A central figure within a star-studded Liverpool side that won the Champions League and numerous domestic cups, Steven Gerrard was a linchpin in the Reds' midfield for over 15 years. His leadership skills, tactical awareness, tough tackling, and excellent passing ability made him perfectly suited for the role of the box to box midfielder. Later in his career he operated as a deep lying playmaker, siting further back and spraying passes across the pitch. However, throughout his career, he also consistently contributed an impressive amount of goals (120 in 504 appearances, to be precise).

One central midfielder with an even more impressive goal record is fellow England legend Frank Lampard. He netted over 170 goals during a 20-year period that saw him play for West Ham, Manchester City, and most famously at Chelsea, where he won 3 Premier Leagues, 4 FA Cups, a Champions League and numerous individual awards (often playing as captain). His energy, stamina, attacking intent and excellent finishing abilities left him as undoubtedly one of the best ever box to box midfielders. 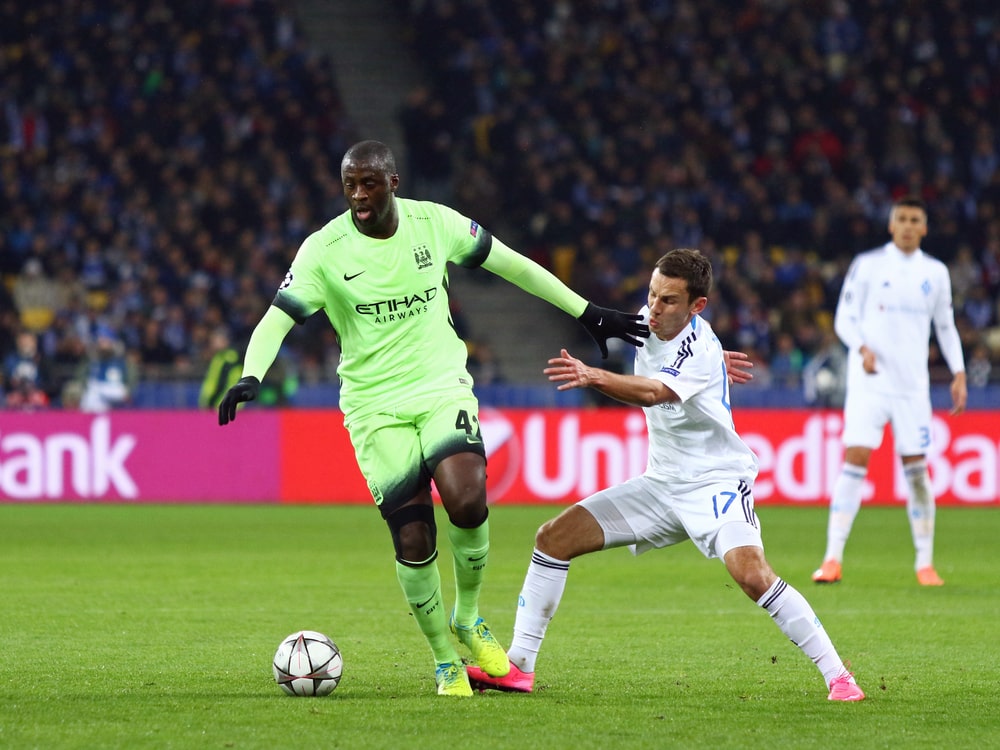 Breaking out at Monaco before lighting up both La Liga and the Premier League at Barcelona and Manchester City respectively, Yaya Toure is one of the greatest midfielders to ever play the game. Quick, strong, aggressive, and an incredible technician, he was able to glide up and down the pitch, producing moments of creativity, striking the ball with power and accuracy, and chipping in defensively, too. A highly versatile player with an illustrious record, it would be wrong not to mention him in our list of the best ever box to box players.

Germany and Bayern Munich legend Bastian Schweinsteiger one of the few box-to-box players that Germany has produced over the years. Driving from one end to the other, he was an extremely hard-working, passionate player, who wore his heart on his sleeve and brought strong tackling, defensive acumen, and excellent passing to any midfield he played in. The only World Cup winner on our list, he's played at the very top of the game.

As the 4-4-2 system has become less popular and more managers have moved towards possession-based football (leaving counter-attacking emphasis behind), the role of the box to box midfielder has become less prominent within the game.

Those who do possess the attributes and responsibilities associated with this role can often be found playing in slightly adjusted positions. However, that doesn't mean that the box to box midfielder has become extinct. There are a few examples of quality elite level players who could be described as such.

Liverpool's highly versatile midfielder Naby Keita is one of those. Capable of operating as a box to box midfielder in a 4-3-3 formation, his pressing ability, work rate, energy, and passing skills allow him to play a central role in Jurgen Klopp's Gegenpressing system, moving rapidly from player to player without any problems.

Paul Pogba is another prominent example of a player who could be described as a box to box player. His versatility is a key string to his bow; he's someone with adept ball-carrying, dribbling and passing skills, who can operate either as a more forward-thinking member of a central midfield double pivot, or as a versatile, more creative-minded member of a midfield 3. Pacey, strong, and technically gifted, he's able to move up and down the pitch with real speed and grace.

Other players who you might link to the box to box midfield role include Blaise Matuidi, Mateo Kovacic, and Manchester City's Ilkay Gundogan, arguably one of the best midfielders in the world over the past decade. However, it's certainly true that the heyday of this unique midfield position are past us. As the majority of teams look to control possession and build more patiently from the back, the importance of having someone in the center who can move between boxes with speed and power has reduced slightly.

Regardless of this role's prominence within the game, we can always look back on legendary players like Gerrard, Lampard, and Toure with fondness, admiring the range of qualities they brought to the field.

Want to find out more about the different responsibilities on a soccer pitch? Take a look at our guide to soccer positions explained.

What is a center-back in soccer?

Center-backs or central defenders are a crucial part of any soccer team. They need to be physically strong, positionally astute, good in the air, and capable with the ball at their feet. Check out our article on the role of the soccer center-back for more information.

What is a full-back in soccer?

The role of the full-back in soccer is multi-faceted. These wide defenders need to have speed, stamina, technical ability, positional awareness, and great 1v1 defending skills. With both defensive and offensive duties at the forefront of their role, they need to be super versatile.

There are 11 players on any soccer team, and those players are divided into a range of different positions. Attackers, midfielders, defenders and goalkeepers all play a super important role. Our article on soccer positions explained dives into each position in detai