The 3-4-2-1 Formation: Its Uses, Strengths, and Weaknesses 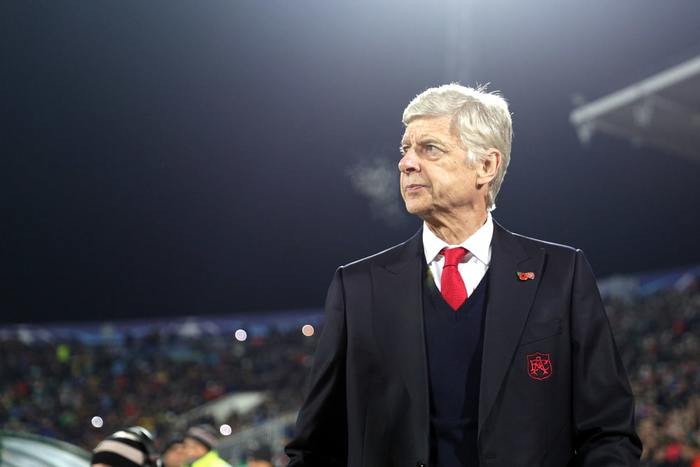 There's no "right" or "wrong" way to set up your tactics for a soccer game. One of the most crucial aspects of any tactical approach is the formation, and there are tons of different shapes and structures coaches can use to exploit opposition weaknesses and get the best out of their players.

One slightly less common formation that deserves some attention in our series on the best soccer formations explained is 3-4-2-1. It's a formation that you're likely to see being employed in elite matches all over the world.

But what exactly does it involve? In this article, we'll take you through the key strengths and weaknesses of the 3-4-2-1 shape, as well as exploring some of the best examples of clubs and managers using it effectively.

3-4-2-1 is a variation of the 3-4-3 shape, a highly attack-minded formation first developed by tactical mastermind and pioneer of Dutch 'Total Football' Johan Cruyff. It's made up of 3 central defenders, 4 midfielders, 2 inside forwards, and 1 central striker, often with a real emphasis on offensive play. Arsene Wenger was known to be a fan of the formation, here's an insight into his setup:

In the 3-4-2-1 shape, each of the 3 center-backs (namely, a LCB, a CB, and a RCB) should bring different qualities. All should be fairly comfortable in possession of the ball, and passing ability is essential. One of these defenders should be particularly confident when it comes to reading the game and mopping up danger behind. This sweeper, or libero, is crucial to the efficacy of a defensive back line.

Protecting the back 3 is a double pivot in the center of midfield; one of these players will tend to focus more on defensive duties, while the other plays a more box-to-box role. They're flanked by two wide midfielders or wing-backs responsible for giving width and dynamism going forwards, whilst covering in defensive areas, too.

Finally, attacking prowess is provided by a front 3, with one central striker leading the line, supported by two inside forwards or "number 10s". These two players will often have plenty of creative freedom, although different coaches can employ them in different ways.

This formation is great for beating teams that have a strong midfield but are lacking a little bit up top. Flexibility is provided by the wing-backs and the 2 attacking midfielders, who can drop back and help teams dominate the midfield battle. For possession-oriented teams, this is extremely helpful.

The 3-4-2-1 structure is excellent for teams who want to play out from the back, as the midfield double pivot is able to receive the ball from multiple central defenders before starting attacks and sending it wide to the wing-backs.

Width can also be provided by the front three, meaning 3-4-2-1 is particularly effective for teams who want to absorb possession and rely on counter attacks for attacking success.

Ultimately, getting success from this formation is all about using positional flexibility to create overloads in offensive areas. The 2 wing-backs can create space for the 2 inside forwards by getting in behind the two opponent full-backs.

Similarly, the inside forwards can run into the channels between the center-backs and the full-backs and create gaps out wide. If they can’t receive the ball from the wing-backs, a cross will be delivered, which is where having a target man up front (someone like Diego Costa for Conte's Chelsea) can be beneficial within this system.

All this flexibility and opportunity for variation can be extremely hard to defend against. However, it's not easy to get the 3-4-2-1 system working effectively. Let's look at some of the weaknesses that could hold coaches back when deploying this formation.

When played right, the 3-4-2-1 system can be difficult to beat, but some methods can be used to counteract it, and there are some weaknesses to be exploited. Largely, this relates to the demands of certain key positions.

The wing-back roles are particularly crucial. This job requires speed, hard work, and excellent stamina. And in a 3-4-2-1 system, the wing-backs are even more responsible for providing width than in a 3-4-3, which is more likely to use advanced wingers.

Another demanding position is central midfield. The 2 players in the midfield double pivot need to be highly active in defense, which requires a lot of energy, stamina, and conditioning. It also takes them away from more attacking duties, and if you're playing with central defenders that love to push forwards, you'll need to regularly provide cover for them.

So while the versatility and adaptability of the 3-4-2-1 shape can make it a powerful formula in many ways, it contains some super demanding roles. It can be adapted according to the opponent you're facing, although it can equally be exposed if your opposition knows what they're doing. Crucially, players need to be afforded lots of time and patience to learn how to operate this system effectively.

Which clubs and managers have used the 3-4-2-1 formation?

So who has successfully taken advantage of the benefits of the 3-4-2-1 shape? While this isn't the most commonly used soccer formation out there, there are a few useful examples of it in action that are worth diving into in some detail.

Under the stewardship of Brendan Rodgers during the 2013-14 season, Liverpool came incredibly close to their first Premier League title in years. Rodgers used a few different systems during this campaign, one of which was an innovative 3-4-2-1 shape that saw Coutinho coupled with the more hard-working, dynamic Adam Lallana in a versatile attacking midfield partnership.

The fluid relationship between Coutinho and Lallana was perhaps bettered by the movement, passing ability, and creative flair of Eden Hazard and Pedro at Chelsea during the 2016-17 season. In this year, elite Italian coach Antonio Conte led the West London club to an impressive Premier League and FA Cup double, transforming their fortunes using the 3-4-2-1 shape.

We've mentioned the importance of utilizing wide players effectively, and sure enough, the key to this success was the conversion of winger Victor Moses and left-back Marcus Alonso into highly effective wing-backs.

Sometimes, when you come up against a team playing with a back 3, their midfield can seem pretty impenetrable (3-5-2 is a good example of this). However, with the 3-4-3 shape, there's a lot more space between the lines. The 2 central midfielders in this formation can't cover as much space, and by positioning someone to play between the opposition's attack and midfield (a deep-lying playmaker, essentially), you can exploit this.

Players like Jorginho or Thiago are ideal for this role because they can collect the ball from deep to begin attacks while avoiding the marking of one of the inside forwards. This strategy will also force your opponents' front three to work extremely hard to prevent their 2 midfielders from becoming exposed.

As we mentioned in the previous section of this article, one inside forward is likely to be a little on the lazier side — a great way to beat a team playing 3-4-2-1 is to take advantage of this. Eliminate the more energetic partner during the press and you'll be able to gain space in this vital area, allowing your full-backs and midfielders to push higher and support attacks.

There are loads of useful tweaks you can make within a game depending on how your opponents line up. This level of flexibility is what makes the 3-4-2-1 system so attractive. But there are tons of other tactical set-ups that have a similar reliance on switching things up and keeping your opposition guessing. Check out our deep dive into the 4-1-3-2 formation (also called the "Christmas Tree") for some detailed guidance on another slightly unorthodox footballing shape.

The 3-4-3 formation is a popular tactical system that uses 3 central defenders, a midfield double pivot, wing-backs, and a front 3. It's a highly flexible shape that is particularly useful for attack-minded teams and those who build attacks around speedy, dynamic wide players.

A double pivot is a defensive central midfield pairing that protects the back line and helps build possession. Their role can be pivotal to several formations, including 4-2-3-1 and 3-4-3. Check out our guide to the role of the double pivot for more information.

An adaptation of the 4-5-1 formation, the 4-2-3-1 shape splits the midfield into a defensive-minded double pivot, sitting behind a fluid attacking midfield 3 responsible for the more creative side of things (a number 10 will sit in the center). Since its development in the late 2000s, 4-2-3-1 has become one of the most popular soccer formations.