What is a Hat Trick in Soccer? 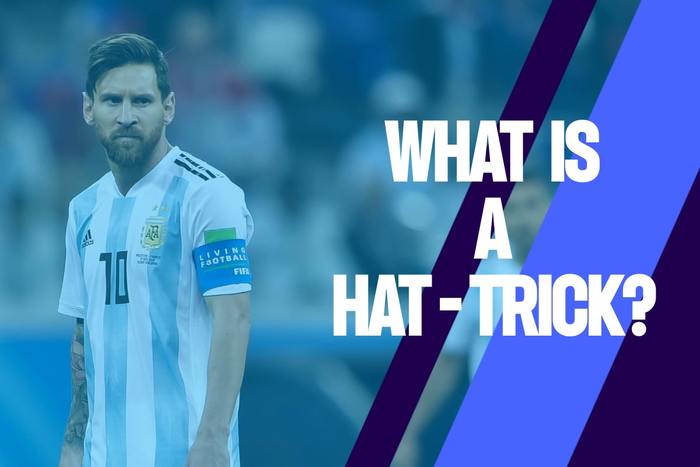 Any fan who follows soccer regularly is likely to have heard the term "hat trick" before. And when it appears for the very first time, it can be a little confusing. We all know the beautiful game can have some moments of magic, but when we talk about hat tricks, we're not thinking about magicians conjuring rabbits with a flourish.

So what is a hat trick in soccer? In this article, we'll be answering that question. We're going to explain everything you need to know about the famous hat trick, before moving on to a few tips that might help you score a hat trick in soccer yourself, or at least add a little more goalscoring form to your skillset. Sound good? Let's begin.

What is a Hat Trick in Soccer?

Scoring a hat trick in soccer might sound simple once we explain it, but it's a real challenge, and most professionals don't ever accomplish it at all.

A hat trick is when a player scores three goals for their team in the same match. It's as simple as that!

The goals in a hat trick don't need to be scored in succession, and they can be scored at any point during the game, whether it's in regulation time or stoppage time at the end of a half.

As you can imagine, getting on the scoresheet three times in one game is no mean feat, and as a result, it's become a tradition for any players who manage this to receive the match ball as a symbolic reward and a memento of the day. There's more than just a ball at stake though (and of course a team's victory). Scoring a hat trick makes players part of an elite club; after all, it's only the best attackers that can claim to have scored a hat trick at the highest level.

When a player has scored two goals in a game, which can be referred to as "a brace", they will often be described as being "on a hat-trick", because if they grab another goal they will have completed their hat trick.

The achievement of notching 3 goals isn't called a hat trick everywhere in the world. In Italy, the word for hat-trick is tripletta, whereas in France it's known as a coup du chapeau or triplé. Interestingly, German and Spanish soccer fans tend to simply stick with the English term hat trick.

The term "hat trick" can sometimes be used outside of those goalscoring boundaries, too. For example, if a manager wins three consecutive league titles, it might be said that they've collected a "hat trick of titles", while a player's third consecutive Man of the Match trophy might be referred to as completing a hat trick of MOTM wins. That stuff's pretty much common sense, though.

What is a Perfect Hat Trick?

All hat tricks in soccer are pretty special, but some are better than others.

This is an even rarer occurrence than a player notching a basic hat trick, and don't misunderstand: a hat trick scored using three right-footed efforts, or even three headers, is still completely valid!

The idea of a perfect hat trick is one for the purists, and it's certainly not something that will regularly impact a striker's decision-making on the soccer field. That being said, it must be a pretty sweet feeling when a player does grab a perfect hat trick.

Given his incredible heading ability and striking skills, Cristiano Ronaldo has made a name for himself as probably the best scorer or perfect hat tricks, with 9 to date.

"Hat Trick" Meaning: Why is it called a Hat Trick?

We've explained the basics relating to the hat trick in soccer, but there's one thing we haven't explored yet: why is it called a hat trick in the first place?

The term is thought to have originated not in association football, but cricket.

According to the Oxford English Dictionary, there's a precedent for a hat trick meaning 3 of something in cricket. The term "hat trick" was first used in 1858 after English cricketer H.H. Stephenson took three wickets in three consecutive deliveries in a game between an all-England team and Hallam.

After the game, a collection was held, and the money brought in was placed into a hat and presented to Stephenson as an award. It was this moment that gave the hat trick its name.

Association football, or soccer, then adopted the term as its own, with the first recorded hat trick achieved in an international game coming from the Scotsman John McDougall, against England on 2 March 1878.

Which players have scored the most hat tricks?

It takes some skill to score a hat trick in soccer. No surprise then, that the best hat tricks ever have been scored by some pretty big names.

Former Newcastle United and Blackburn Rovers striker and all-time Premier League top goalscorer Alan Shearer holds the record for most hat-tricks in the Premier League with 11, while Manchester City legend Sergio Aguero and ex-Liverpool icon Robbie Fowler each grabbed nine. Harry Kane already has eight to his name, level-pegging with Thierry Henry and Michael Owen, although, given Kane's age, you wouldn't be surprised if he's able to surpass those two, and even reach the heights achieved by Shearer in the 1990s and 2000s.

Elsewhere in Europe, we've seen some pretty staggering figures. Unsurprisingly, modern soccer icons Cristiano Ronaldo and Lionel Messi have the most hat tricks to their name. Cristiano Ronaldo has the highest tally of La Liga hat-tricks with 34, while Lionel Messi has the most in Champions League history, with eight to his name - that's one more than his Portuguese rival.

At international level, four players are tied for the accolade of the most World Cup hat-tricks. Those talented footballers are Gerd Muller, Sandor Kocsis, Just Fontaine, and Gabriel Batistuta - each of them has scored two trebles in the world's most iconic international tournament.

What is the best hat trick soccer has ever seen?

Sadio Mane boasts the record for the fastest hat-trick in Premier League history after he scored three times for Southampton in the space of 2 minutes and 35 seconds against Aston Villa on May 16, 2015. It was a pretty stunning moment, which you can watch here.

But while Mane may boast the record for the quickest hat trick in Prem history, over the years there have been some even more impressive efforts. Let's take a walk through a few ones of note.

One of the most technically impressive hat tricks of all time, Brazilian attacking midfielder/forward Rivaldo lit up the world with this performance. In a match versus Valencia in 2001, Rivaldo scored an incredible hat trick with a stunning free-kick, another long-distance strike, and the icing on the cake, a beautiful overhead kick. You'll struggle to find a more flawless hat trick than this.

Hailed as one of the greatest hat tricks ever, the legendary Argentine forward's famous 3 goals against Lazio came back in 1985 when Maradona was tearing up Serie A with the Southern Italian club. A rifle from close range, an audacious lob over the keeper, and most amazingly, a goal directly from a corner, gave Diego the match ball. 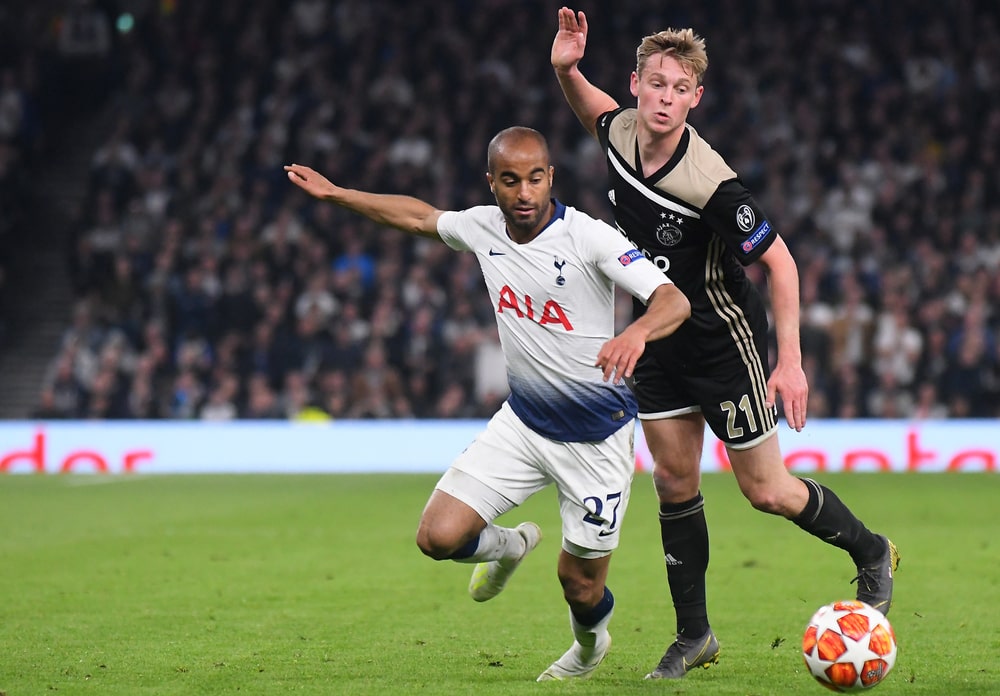 If you've followed Champions League soccer over the past few seasons, you likely remember this incredible match. With Premier League side Tottenham Hotspur chasing the game in a bid to reach their first ever Champions League final, Brazil international Lucas Moura pulled an incredible, super dramatic hat trick out the bag to send them through with a 3-2 win.

If you're looking for a hat trick to seriously knock your socks off, look no further than former Bulgarian international and Premier League legend Dimitar Berbatov's triple strike against Liverpool in 2013. 2 impressive headers kicked off Berbatov's treble before he topped it off with an absolutely stunning overhead kick. What a player. 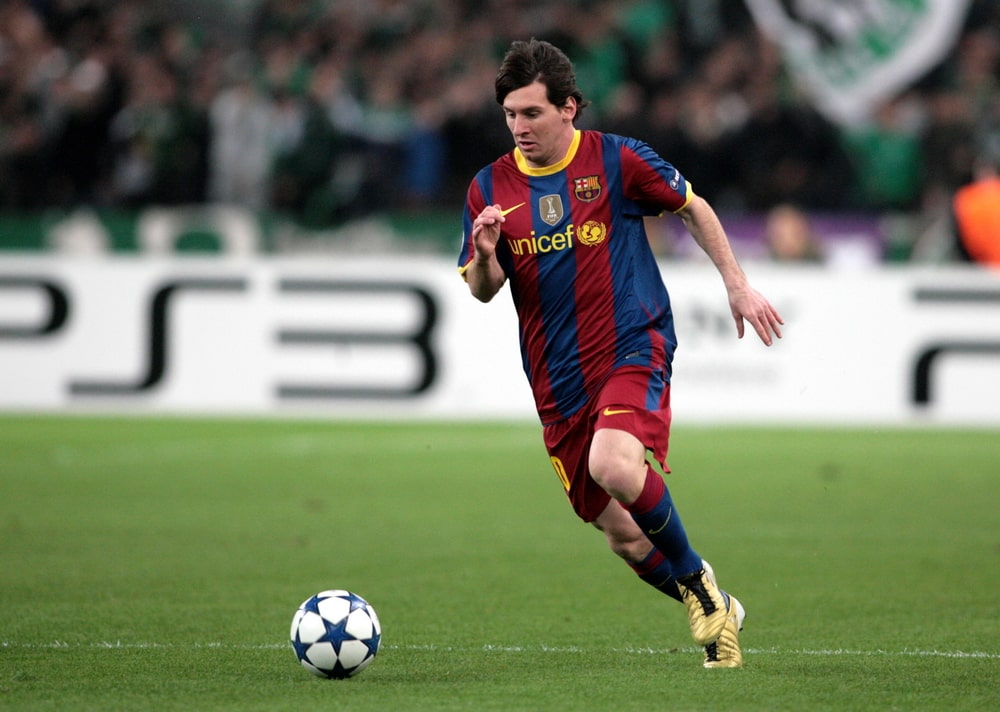 Given that he's scored an incredible 54 career hat tricks, it would seem mad not to include one from the Argentine magician Lionel Messi in this list. And technically speaking, this wasn't even just a hat trick, as Messi scored an incredible 4 goals in this game. The first was a sweetly struck effort from the 18-yard line, the second a close-range dink over the keeper, the third an even tastier chip, and the fourth a sharply-arrowed drive from a tight angle. Check it out here.

Has watching the best soccer hat tricks ever got you in the mood for scoring a few goals of your own? If so, we're not surprised.

Scoring multiple goals in a single game takes serious skill. You need to be a great finisher, of course, but even to get in the right positions in the first place, you need speed, skill, agility, timing, and positional awareness.

Thankfully, we've got plenty of content based around developing a raft of different techniques, not just the hat trick soccer skill.

Why not start with our guide to the famous Cruyff turn, before moving on to our article on the Step Over?

What is a rondo in soccer?

The rondo soccer skill is a classic drill that's been around for many years. Players are split into two uneven sides, and the numerically disadvantaged side is tasked with winning possession from the other team, who play keep ball. Check out our full guide to the rondo.

Who is the fastest soccer player in the world?

Having a good deal of speed certainly helps improve goalscoring potential, and this is the case with some of the world's biggest speedsters right now. From Erling Haaland to Kylian Mbappé, our article on the fastest soccer players in the world dives into the best speed demons in the game.

Goalscoring forwards may get all the glory, but there are many other important positions on a soccer field, from goalkeeper, to defense, midfield to attack. Check out our guide to soccer positions explained for more information.