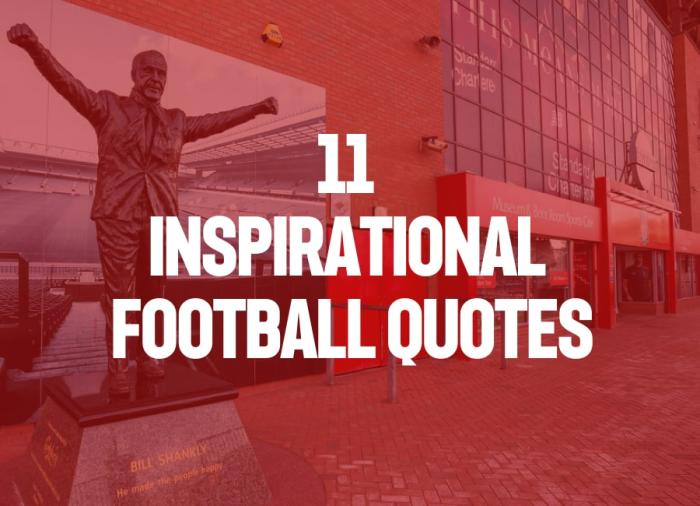 It can be difficult to find your feet in the soccer industry. Whether you're in coaching, recruitment, sports law, marketing, or management, you'll face a number of obstacles in your career. It could be competition for roles, interactions with difficult colleagues, or something personal. In those moments, it can be useful to look to the words of footballing legends for some inspiration. There are tons of famous quotes relating to the beautiful game, from coaches, players, and passionate fans. In this article, we'll take you through some of the best ones, and show you how they can be applied to help boost both your personal development and your career progress.

In this well-known quote, legendary Italian football manager and former player Carlo Ancelotti sums up what most football fans already know. Ultimately, football isn't the be-all and end-all in life — we need other things like family, friendship, work, and romance to be happy. However, football is more than just a game, and the people who see it as such are really missing out. Football affects people, communities, and nations in a way that no other pastime is really capable of. Out of the so-called "less important" things in life, it's surely the most important. 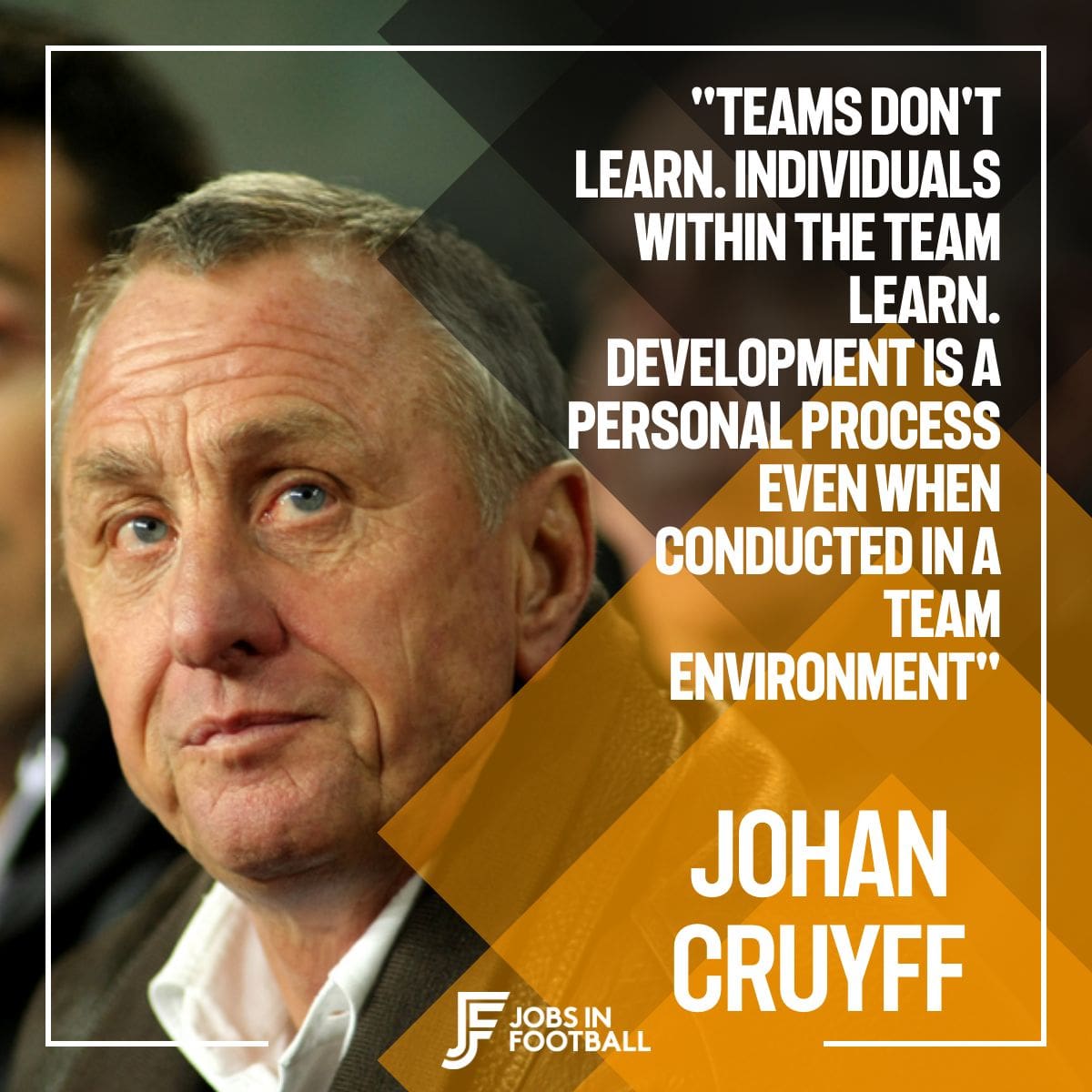 When it comes to understanding what's needed to nurture and develop sporting talent, look no further than Johan Cruyff. In his coaching career, the Dutch Ballon D'Or winner inspired the likes of Pep Guardiola, Ronald Koeman, and Michael Laudrup, helping give birth to Barcelona's infamous "tiki-taka" system in the process. This quote captures the idea that only by getting the absolute best out of individual players within a system can the system function properly as a whole. If the emphasis is put on individual learning, team learning will follow naturally. But other coaches might disagree with this viewpoint…

Jose Mourinho has never been one to avoid speaking his mind, and this quote of his is true to form. His angle is that first and foremost, individual players are cogs in a machine. If they don't do their job to contribute towards a wider plan, it's impossible for the team to achieve anything. There's certainly some sense in this. But what about the beauty and drama of the game?

Uruguayan journalist Eduardo Galeano made a name for himself as one of the most eloquent voices in global football. His ode to the importance of technical ability and skill demonstrates this clearly. According to Galeano, footballing glory lies in the development and appreciation of ability rather than with obsessive analysis of shape and structure. In reality, most coaches and tacticians know that a combination of both is needed for success. But if you're a purist, this quote will probably float your boat.

Over the years, Arsene Wenger has produced some of the best-loved speeches and ruminations on the game we all love. This one should strike a chord with athletes, coaches, and motivators of all kinds, for whom targets and ambitions are absolutely crucial. What Wenger's saying here is that ultimately, it's not about what you manage to accomplish, it's about how much effort and hard work you put in to get to where you want to be.

The secrets to successful leadership are often debated in the world of football. Ultimately, different things work for different people, but Del Bosque (the only manager to win the World Cup, the Champions League, the European Championship, and the Intercontinental Cup) believes emotion is the key. Here, the legendary Spanish manager captures the importance of appealing to players on a personal level. Man-management is the name of the game — and who are we to question this serial winner? 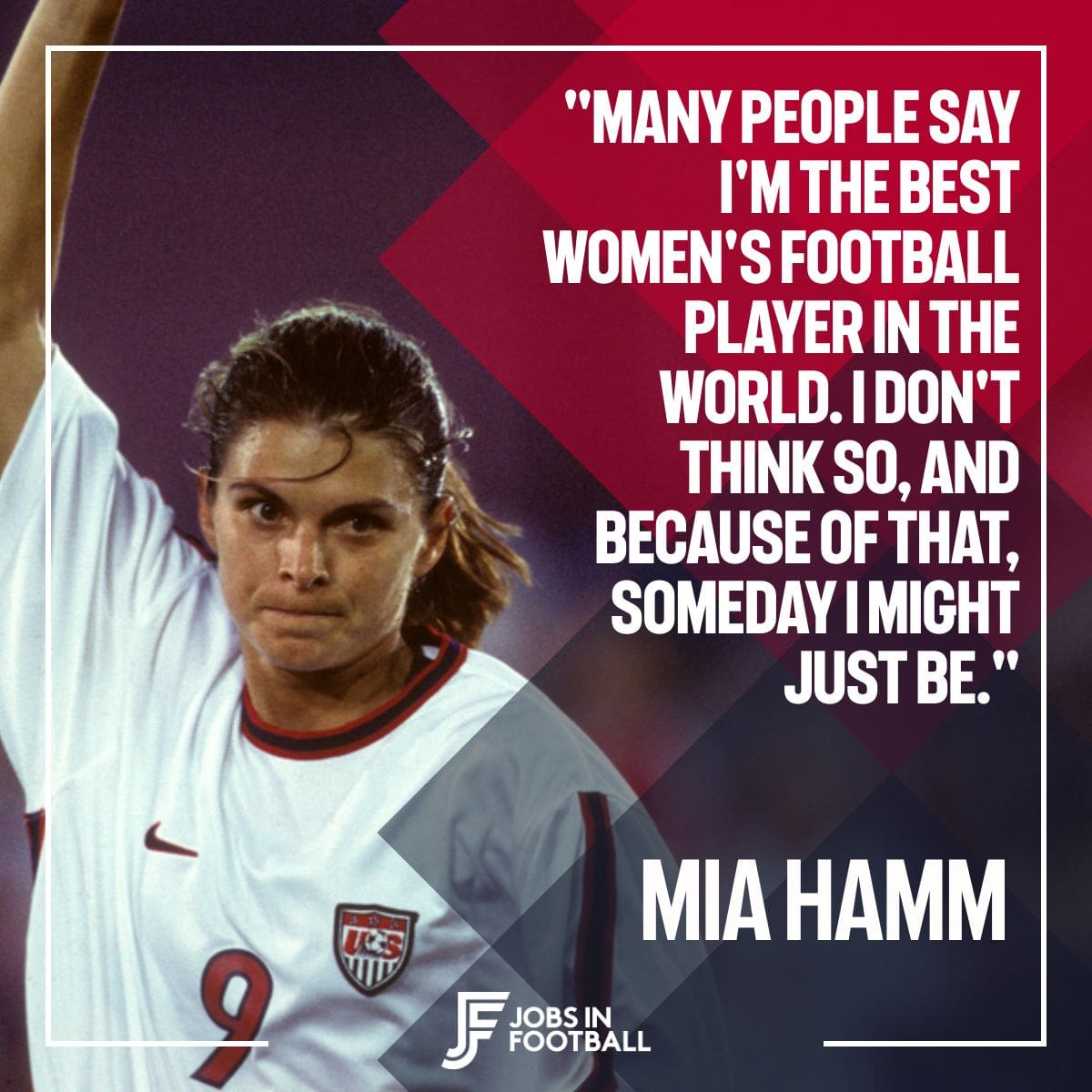 Mia Hamm is a US soccer icon. A consistent trophy winner with her national side in the 90s and 00s, she was well aware that complacency is the enemy of success. Her belief is that only by never resting or considering your job to be done can you truly hit the heights of sporting achievement. Considering the fact that Hamm won two World Cups, two Olympic golds, and numerous individual awards, most people would do well to adopt this attitude themselves. Check out some more Mia Hamm Quotes.

You've probably heard the phrase "The ball is round" before. It's been popularised and used in a variety of contexts, from David Goldblatt's renowned history of football to the football fan website of the same name. Its origin is this quote from Joseph Herberger, a German football player and manager who led the West Germany team to their first-ever World Cup win in 1954. Herberger's quote highlights how vast the sport is, and how many different interpretations, philosophies, and theories can exist within it. At the same time, the ball's shape and the game's length are the same for everyone who plays the game, a fact that creates a real sense of unity among everyone who loves football.

During his 27-year reign at Manchester United, Sir Alex Ferguson cemented his status as arguably the greatest ever manager in British football history. During that time, there were plenty of wisecracks and rants, but this reflection on the importance of discipline to success sums up what he was all about. Budding coaches and footballing motivators would do well to keep Fergie's advice in mind when developing their own careers.

Now, if you haven't heard of this inspirational speaker, don't worry. Ric Charlesworth is a former Australian national women's field hockey coach, but the fact that he's not involved in football shouldn't stop you from listening to his motivational advice. In this quote, Charlesworth strips back the essence of coaching personal development within football into one simple sentence. Troubling the comfortable means rejecting complacency and constantly pushing others to test themselves, while comforting the troubled is all about knowing when to put an arm around someone and show a little sympathy. Getting the balance right can go a long way toward helping you become a top football coach. 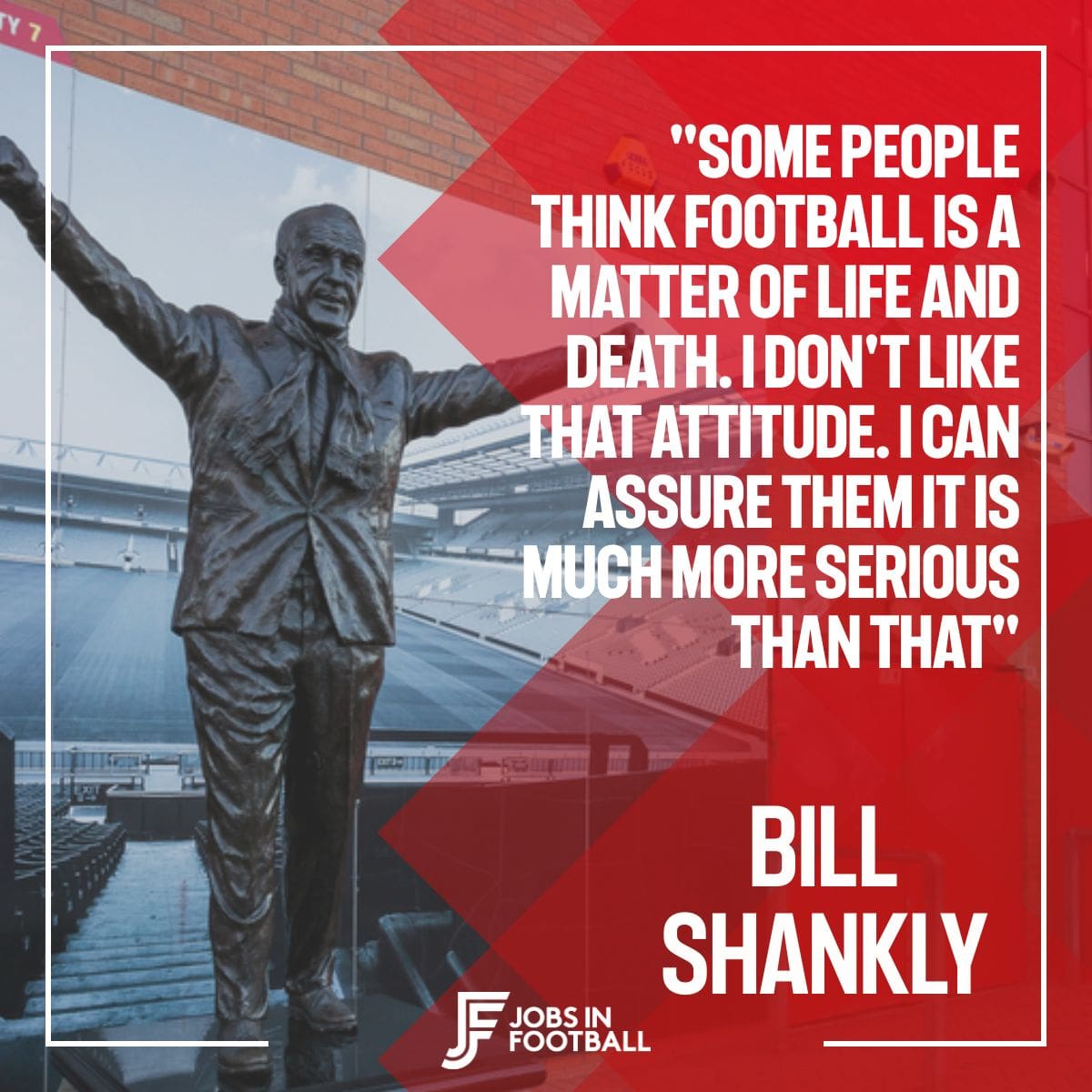 We'll leave you with one that tends to make people chuckle. Iconic Liverpool manager Bill Shankly knew how to string an inspiring sentence together, and he also understood exactly what football means to people. The sport doesn't just provide magical moments of joy and celebration; it also gives millions of people their livelihood, with opportunities for coaching, scouting, recruitment, analytics, social media, marketing, and various other areas of work continuing to grow. Football is much more than just a game. The greatest players, managers, and motivators all have one thing in common — they're aware of that.

So there you have it. Inspirational soccer quotes for each position on the pitch — 11 reflections on the beautiful game we hope will give you something to think about. Some of them are light-hearted, while some focus on the more serious details of player motivation, discipline, personal development, and management. Whether you're already working in your dream sports-related job, or you're striving to build an exciting career and make waves within the industry, we hope there's something here for you. And if you're after some more inspiration and education, we've got tons of resources to put you on the right track. Check out The Football Agent Masterclass for a 6-week guide to becoming a successful agent, or if you're just getting started and are more interested in the basics of soccer, check out our article on how long is a soccer game.