Soccer Skills: The Step Over 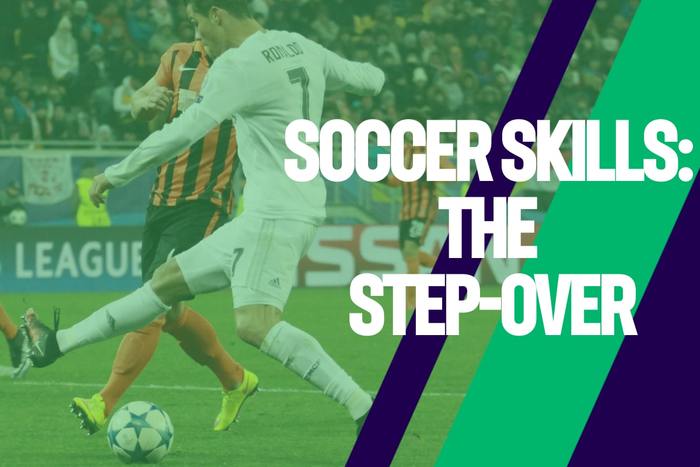 The step over is one of the most classic soccer skills there is. A pillar of any technically gifted attacker's arsenal, it's been around for decades. Even though it's rare that modern teams will rely on the individual brilliance of certain players, it's a trick that still pops up on a regular basis in elite soccer.

So what is a step over in soccer? In this article, we'll be exploring the art of the step over, looking at the history of the skill, who invented the step over, its benefits, and how to do a step over yourself. Stay tuned for everything you need to know about this technique.

What is a step over in soccer?

Picture this: you're running toward goal at full speed, there are multiple options in front of you, but there's one obstacle in the way. A defender is heading in your direction, and you need to get past. What path do you take?

The step over soccer skill offers an excellent opportunity for you to beat that defender. A relatively simple skill, but one that can be pretty difficult to master completely, this is a soccer trick that has the potential to open up all sorts of offensive options. So what does this trick involve?

Essentially, the step over (also known as the pedalada, the denílson, the scissors, or the Roeder shuffle) is a dribbling move, a type of feint that can be used to fool a defensive player into thinking that the attacker is about to move in a certain direction, before they head the other way.

To perform a step over, the attacking player uses their foot to create a circular motion around the ball while it runs in front of them. When done at speed, this works as a feint and can help attackers turn rapidly and burst forward past defenders.

This skill can come in a few different variations, from a simple “inside” or “outside” step over to more complex variants that use multiple feints, stops, and changes of pace.

Who invented the step over?

A large number of famous players have perfected the step over and showed it off on the biggest stage. But who invented this move?

According to some, this trick was invented by Argentine striker Pedro Calomino in the early 1900s, who is also credited with being the inventor of the bicycle kick — some player! The technique was then first used in Europe by the Dutchman Law Adam, who became renowned for it during the late 1920s and early 1930s, earning himself the nickname "Adam the Scissorman".

Other players to have helped popularize the step over include the Italian Amedeo Biavati, Newcastle's Glenn Roeder in the 1980s, the Brazilian Ronaldo in the 1990s, and arguably most famously of all, Cristiano Ronaldo. The Portuguese megastar has regularly used this skill during his two decades at the top, demonstrating its ability to beat defenders in dangerous positions. 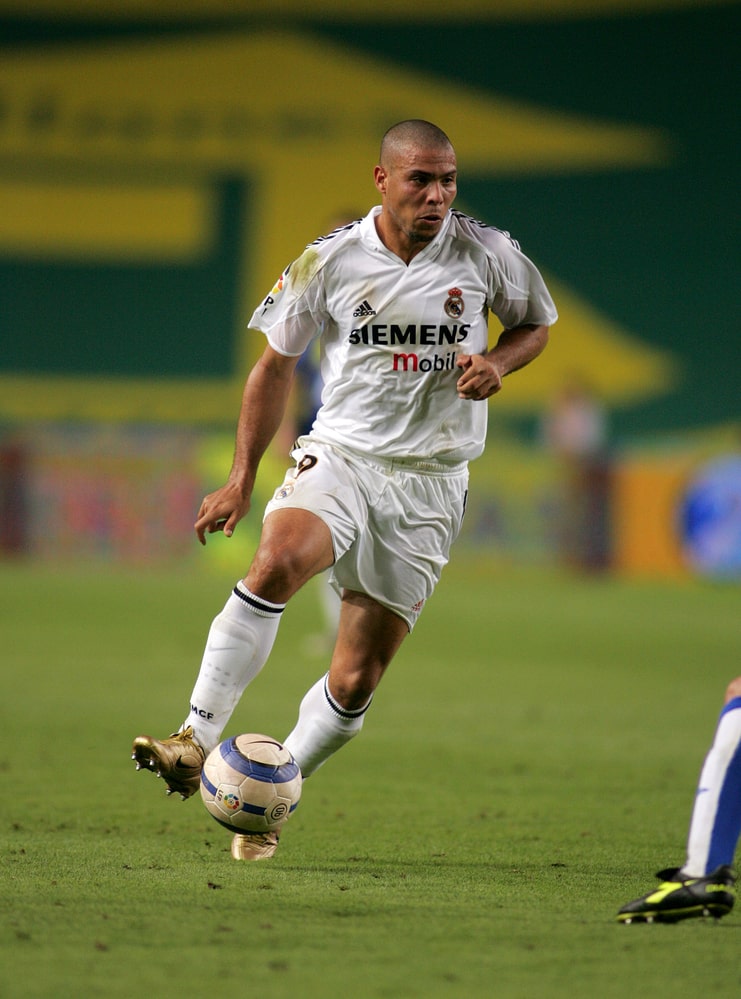 What are the benefits of the step over?

What exactly does the step over offer, then?

Essentially, this trick gives players the opportunity to lure defenders into a trap, causing them to think the ball will be going in one direction, before the attacker introduces a slight movement and knocks the ball past them the other way.

This skill is most useful in dribbling scenarios, often on the wing, in which attackers need to think of a quick, skillful way of beating their opponent so that they can deliver a cross or shot on goal. In terms of the positions on the pitch who are most likely to benefit from using this skill, it primarily comes down to wingers and attacking midfielders, who operate in the sweet spot between midfield and attack which allows them to take risks in order to get the ball in dangerous areas.

Step overs can also be used in standing positions as a way of confusing and distracting defenders. You don't always have to use this technique to get past a player and create a goalscoring chance — simply boggling the brain of an opponent or killing time until your teammate finds some free space to receive the ball is good enough.

How to do a step over

The skill we've been discussing today is one of the more simple ones available to silky attacking players, but that doesn't mean it doesn't take plenty of practice. Learning how to use this technique effectively takes time and effort. Here's our guide to completing the perfect step over.

Step #1: Approach the ball as if you’re going to touch or pass it using the inside of your foot.

Step #2: Rather than making contact with the ball, swing your foot around the front of the ball and “Step over” it instead. Step outwards around the ball before moving your foot back in towards the center of your body.

Step #1: Approach the ball as if you’re going to touch or pass it with the inside of your foot.

Step #2: Instead of making contact with the ball, swing your foot around the front of the ball and “Step over” it. This time, when stepping over the ball, you want to direct your foot away from the middle of your body.

Step #3: Next, use the outside of your opposite foot to push the football in the opposite direction.

Unlike some other soccer skills, there aren't too many steps to the art of the step over. However, it can still be tricky to get very good at it. Here are a few extra tips that will help make that process easier:

And remember, practice makes perfect. You're not going to become a master of the step over immediately, it's going to take time. Keep training, and when you feel confident, try to implement it in a match situation. You never know — it could provide the touch of flair needed for your team to get on the scoresheet.

We've got lots more useful articles on our site about soccer skills, tactics and coaching strategies, and all the basics of the game, including positioning, formations, and soccer field dimensions.

Step overs a simple but super effective skill. They revolve around the idea of faking or feinting a move in one direction, before quickly circling the ball and turning off the other way. The popularity of this trick amongst some of the world's most skillful players is a testament to how effective it can be.

Who invented the step over?

This trick was first invented by Argentine striker Pedro Calomino in the early 1900s, who is also credited with being the inventor of the bicycle kick. Many other players have become famous for using the skill in recent years, including Ronaldo, Cristiano Ronaldo, and Neymar.

What is the best soccer skill?

The step over is one of the most commonly used skills in soccer, but there lots of other ones, some much more ambitious. The rainbow kick, which involves rolling the ball up your leg before flicking it over a defender's head, is arguably the most impressive trick out there. Check out our article on the rainbow flick for more information.