The Role of the Attacking Midfielder

Attacking midfielders are responsible for some of soccer's most incredible moments. Whether it's Manchester City's Kevin De Bruyne whipping in a pin-point accurate cross from 50 yards out, or technicians like Luka Modric constructing dazzling tiki-taka moves from central midfield, the attacking midfielder role can bring genuine magic to a soccer field.

The attacking midfielder in soccer has a major impact on attacking play. But what duties and responsibilities does this role actually involve?

How to Play as an Attacking Midfielder

First of all, we should mention that the term 'attacking midfielder' can be used to describe a variety of different roles. Usually, this would refer to a central attacking midfielder or 'Number 10', who plays an advanced midfield role, operating centrally but having the freedom to drift around the pitch and crucially, get forwards to support strikers and forwards.

However, attacking midfielders can also operate in wider positions, for instance in Left or Right Attacking Midfield as a kind of inverted winger. Another option is for attacking midfielders to play as 'Free 8s' or deeper-lying playmakers, further back in the midfield but still given the freedom to find space, create chances, and support attackers.

What links all these variations of the position is a fundamental creative responsibility. Attacking midfielders are relied upon to look for and receive the ball, control and pass it with confidence, and always aim to move up the pitch and create chances for their team. They help link the midfield and attack, often operating in the areas between the central midfielder and center forward.

While their role is primarily offensive, many coaches will also ask their central attacking midfielders to track back and support defensive play, marking opponents, intercepting passes, and creating counter-attacking opportunities. At the same time, seeing as attacking midfielders are always looking to create space, they'll often stay in advanced positions when their team is defending, looking for the holes in the opposition's midfield and finding the right moment to unlock their creative spark and pounce.

The Key Attributes of an Attacking Midfielder

Attacking midfield is a position that focuses on creativity, flair, and team play. In order to perform the key duties of this position, it's important that players have a range of qualities.

The best attacking midfielders in the world all possess the ability to pick out successful passes in a wide range of situations. Whether it's long diagonal balls forward, short, quick switches in transition, or intricate passing play, being able to adjust pace, power, and height, even when under intense pressure, is a key skill within the attacking midfielder's arsenal.

A key part of controlling possession in midfield is being able to dribble the ball into space and keep it away from pressing opponents. Being able to turn with speed, dribble out of trouble and outfox opponents is a big advantage in central attacking midfield.

Attacking midfielders need to be able to control the ball with speed and precision, moving it out of their feet and into space to maximize their chances of finding a successful pass.

This relates closely to ball control; when attacking midfielders receive the ball under pressure, they need to be able to protect and shield it, using their body to hold off the opposition and deal with challenges. In tight midfield, this is crucial, and if done effectively, it allows central attacking midfielders to buy some time and allow their teammates to get into position.

It pretty much goes without saying that an attacking midfielder will always be one of the most technically proficient players on the pitch. The tight areas in which they operate and the responsibility they have to create space and chances in advanced areas means technical ability in terms of close control, footwork, passing, and shooting is essential in this position.

The Best Attacking Midfielders in the World Right Now

Currently, there are some incredible players operating in this position on the world stage. Number 10s, deep-lying playmakers, versatile central attacking midfielders; this list has the lot. So who is the best attacking midfielder in soccer right now?

Manchester City star Kevin De Bruyne has been integral to the dominance of Pep Guardiola's side in recent Premier League seasons. One of the greatest passers of the ball to ever play the game, De Bruyne has notched an incredible 90 assists and 58 goals in 216 Premier League appearances, a pretty astounding creative effort.

36-year-old Real Madrid and Croatia legend Luka Modric has been within soccer's elite for well over a decade, and he continues to operate at the highest level. With 5 Champions Leagues, 3 La Liga titles, and a Ballon d'Or to his name, he's one of modern soccer's most decorated players. 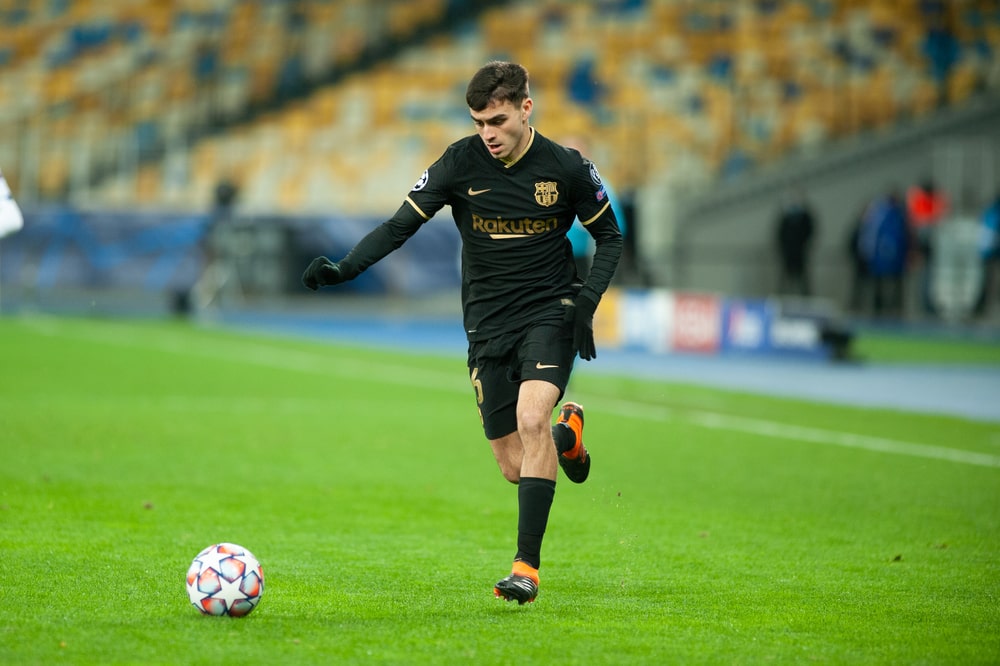 Spain and Barcelona midfielder Pedri seems to have a long and successful career ahead of him. The 19-year-old has only been playing the pro game since 2019, but he's already made a name for himself as one of the world's best young midfielders. His key attributes include technical ability, dribbling skills, passing, and clever movement. At the 2022 World Cup, he'll be looking to lead a young but talented Spain side to glory.

RB Leipzig and France ace Christopher Nkunku was named the 2021-22 Bundesliga Player of the Season after grabbing a seriously impressive 20 goals and 13 assists in 34 appearances. The 24-year-old already has three Ligue 1 titles under his belt, having ripped up the French league with PSG, as well as a raft of individual awards to boot.

The Best Attacking Midfielders Of All Time

There are some heavy hitters in this list. While soccer is constantly evolving and changing, one thing that has always remained the same is that attacking midfielders tend to be the most celebrated and technically impressive players on the pitch. Some of the greatest players to ever grace the world stage have been attacking midfielders. Here are a few of the best.

Need we say any more? Arguably the greatest soccer player in the history of the sport, Diego Maradona was beloved the world over for his technical skill, creative flair, mazy dribbling, acute finishing, and all-around charisma. The World Cup winner made headlines wherever he went (and not always for the right reasons), but one thing that's for sure is that he is easily one of the best attacking midfielders ever.

Real Madrid legend Alfredo Di Stefano is widely regarded as one of the game's greatest ever players. An attacking midfielder known for technical flair and goalscoring ability, the Argentine Ballon d'Or winner and European Footballer of the Year is Real Madrid's third-highest league goalscorer of all time. He also went on to have a successful coaching career with clubs such as Valencia, Real Madrid, and River Plate.

An integral player in England's iconic 1966 World Cup win, Bobby Charlton pulled the strings in creative attacking midfield positions for both his nation and his club, Manchester United, throughout the 1950s, 60s, and 70s. His incredible career saw him win 3 First Division titles, 1 FA Cup, a World Cup, and a Ballon d'Or, amongst other achievements.

Zidane recently made headlines by becoming the first manager to win 3 consecutive Champions League trophies (with Real Madrid). However, the France legend also had an illustrious playing career before going into management. Renowned for his elegance, vision, technique, ball control, and passing ability, Zidane is considered one of the best attacking midfielders ever.

What is a winger?

Wide attacking midfielders and inverted wingers function in very similar ways, but the traditional winger is a very different position. As players who constantly whizz up and down the flanks aiming to send crosses into dangerous areas, wingers need speed, agility, stamina, and crossing ability. Check out our article on the role of the winger in soccer for more info.

What is a box to box midfielder?

Box to box midfielders play an end-to-end game, constantly moving from defense to attack, intercepting, tackling, and blocking the ball, before moving forward to create attacks and have shots on goal. Classic box to box midfielders include Frank Lampard, Steven Gerrard, and Yaya Toure.

There are several different positions on a soccer field. The broad areas of the pitch are goalkeeper, defense, midfield, and attack, but within these categories, there are many more specific individual positions. Check out our article on soccer positions explained for more information.