What is a Cap in Soccer? 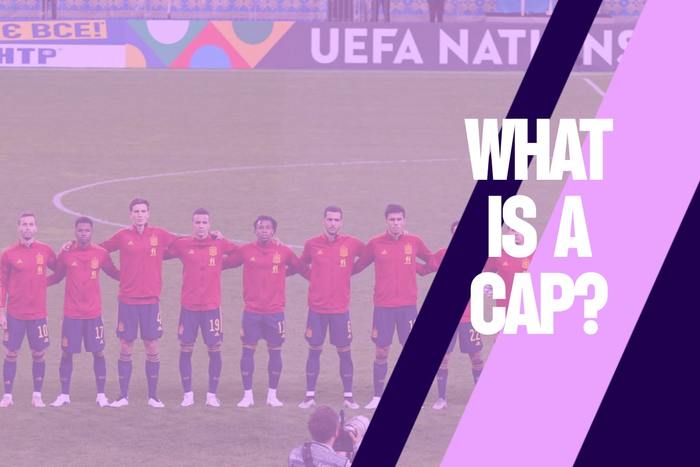 Despite plenty of controversy, the 2022 Qatar World Cup has come around, and the world's international soccer teams are once again taking center stage. The likes of Lionel Messi, Kylian Mbappé, and Neymar will be hoping to bring success to their respective nations. And with all that high-profile international soccer taking place and media coverage unsurprisingly through the roof, there may be a few technical terms thrown around that you haven’t come across before.
One word that’s often used in the international game is ‘cap’, which as you might imagine has a different meaning to its typical use. In this article, we’ll be exploring the question ‘in soccer, what is a cap?’, explaining what the word means in this context, and looking into the origins of soccer caps. Later on, we'll also explore which players have the most caps in soccer.

In Soccer What is a Cap?

As nations such as England, Argentina, and Brazil debate over who should be in or out of their national team tournament squads, the word "cap" is often used to compare the chances of different players. So in soccer what is a cap?

It's simple: in soccer, a "cap" is an international appearance. The word is used to describe how many international games a certain individual has played in.
The word "cap" is only used to refer to soccer matches at international level, not domestic league football. When a player is picked to start for Liverpool, for instance, it's simply an appearance, whereas when a player is picked to play for Brazil, that would count as a cap. Essentially, this is just one of association football's many odd quirks. 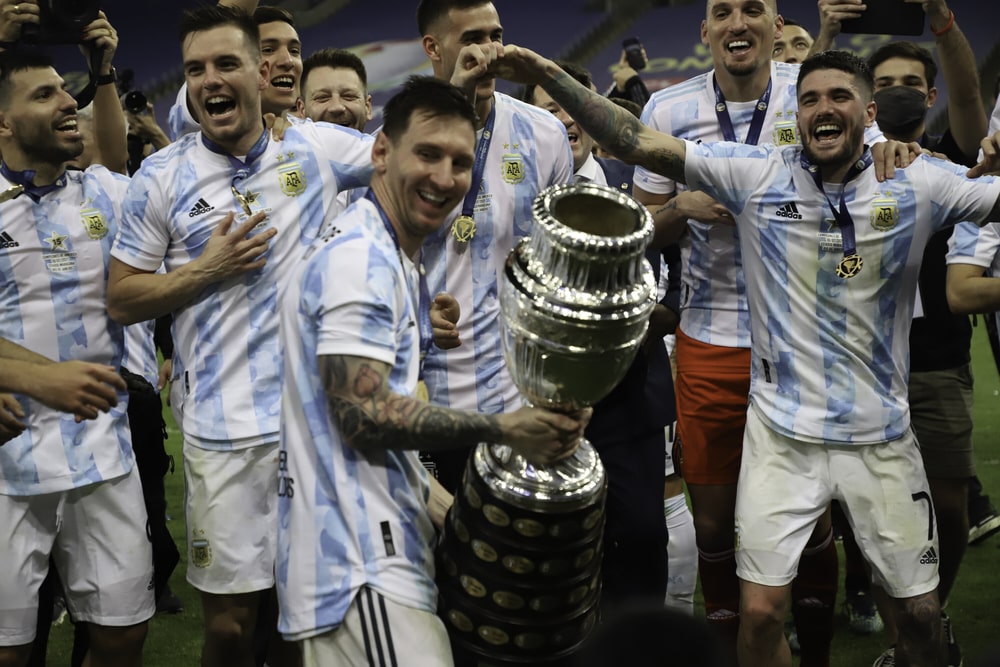 Do Players Get an Actual Cap?

It's a rather strange name that on the surface doesn't appear to relate to football. So where exactly did the term originate?
The term "cap" was first used in England, where players who were called up to the national squad were given a physical cap to commemorate their involvement in an international game.
This commemorative cap was a big deal, and to this day, England players still receive a cap for every single game they're involved in (except for during tournaments, when they'll receive a cap for the whole thing).

Many people seem to think that the physical cap has disappeared from the modern game, but this footballing phenomenon still exists in some places.

How Does a Soccer Player Earn a Cap In Soccer?

Earning a call-up to the squad for an international match is no mean feat. This kind of soccer game represents the pinnacle of the sport, so it's a huge achievement getting yourself in the frame. However, if you're looking to build your hat collection, it's not quite enough — the term cap means more than just making the squad.
In order to receive a cap, you have to actually get onto the soccer field and play, even if it's only for a minute or two. Any player who takes part in an international match at some point during the regulation 90-minute period will be given a cap to mark the honor.
Clearly, making that first international appearance is a big moment in the career of any professional soccer player. But there are some points we need to consider to fully flesh out exactly what a cap is.

Do You Get A Cap If You Are On The Bench?

First up, it's important to note that substitute appearances do count as caps. As long as you make it onto the field of play, that's a cap.
However, if you are picked for the matchday squad and spend the whole game on the bench without ever entering the field of play, it does not count as an international cap. As a result, there are plenty of players who have been called up to an international team but never received a cap for their country, something which must sting a little.

Can a Player Earn a Cap for Multiple Teams?

With many players in the modern game having dual heritage and relatives from all across the globe, it's more common than ever before for a footballer to be eligible to play for multiple nations.
Take the case of Crystal Palace's Wilfried Zaha, for instance. In 2017, the skillful winger switched his international allegiance from England to Ivory Coast, where he was born and lived until the age of four. Many other players have made similar decisions, but even so, there is a lot of confusion about whether or not players are allowed to earn a cap for multiple different international teams. So let's clear things up.
A 2004 international eligibility rule change by association football's international governing body FIFA (Fédération Internationale de Football Association) allowed players who have played for one country in an international game at junior level to go on to represent a different nation at senior level. Originally, players had to make the decision before the age of 21, but a 2009 amendment removed this age limit. 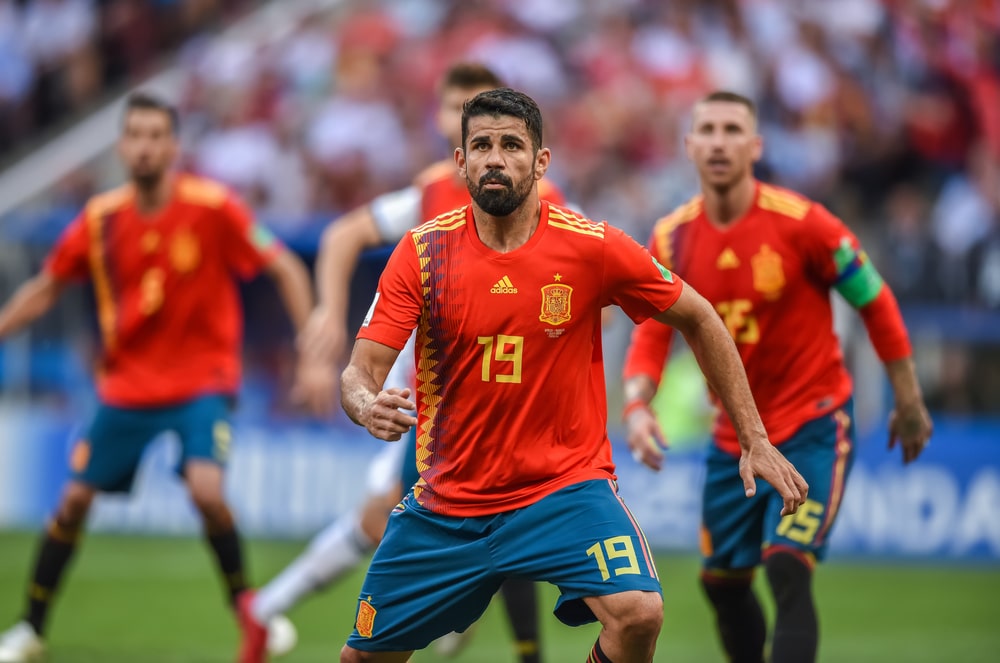 Despite being born and raised in Brazil, and earning 2 international caps for the, Diego Costa went on to switch to Spain and earned 24 caps
This was an important move, and many players have since profited from it, deciding after reaching senior level to switch sides and represent the country that seems most right for them. So how exactly does this work?
Basically, players can switch nations if they have played no more than three competitive international matches at senior level prior to the age of 21, including no appearances at major international tournaments. Once they're 21, or once they play at a World Cup or continental championship, they're committed to the country they've represented.
Perhaps the most important rule to note is this: friendly match appearances do not commit a player to one country. Many players have represented one nation in a friendly, before then deciding to play for another country that they're eligible for. Diego Costa went from Brazil to Spain in 2013, Thiago Motta from Brazil to Italy in 2011, and various others before them.

Still confused about how exactly those caps would be totted for? Thankfully, FIFA has come up with some guidelines about what types of games a player can earn a cap in:

There are plenty of opportunities, then, for an international player to boost the number of caps they've collected. Which brings us to our next concern: which players have racked up the most international soccer match caps over the years?

Who Has the Most Caps in Soccer?

Association football has been going on for a long, long time. The formal rules were first set out by English amateur players in 1863, and in the many years since, a wide variety of different men's and women's players have racked up a ton of international caps. Let's look through some of the names at the top of the list (be warned, they're not all household names).

Who Has the Most Caps in Men's Soccer?

In total, well over 500 men's players have notched 100+ caps for their international side. Below are the select few names at the top of that list (according to FIFA's official stats). 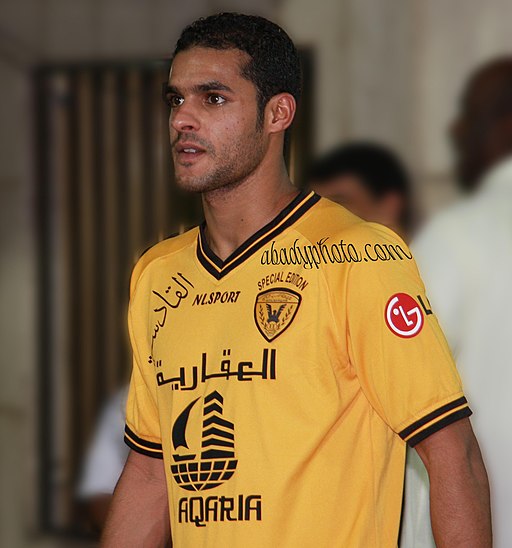 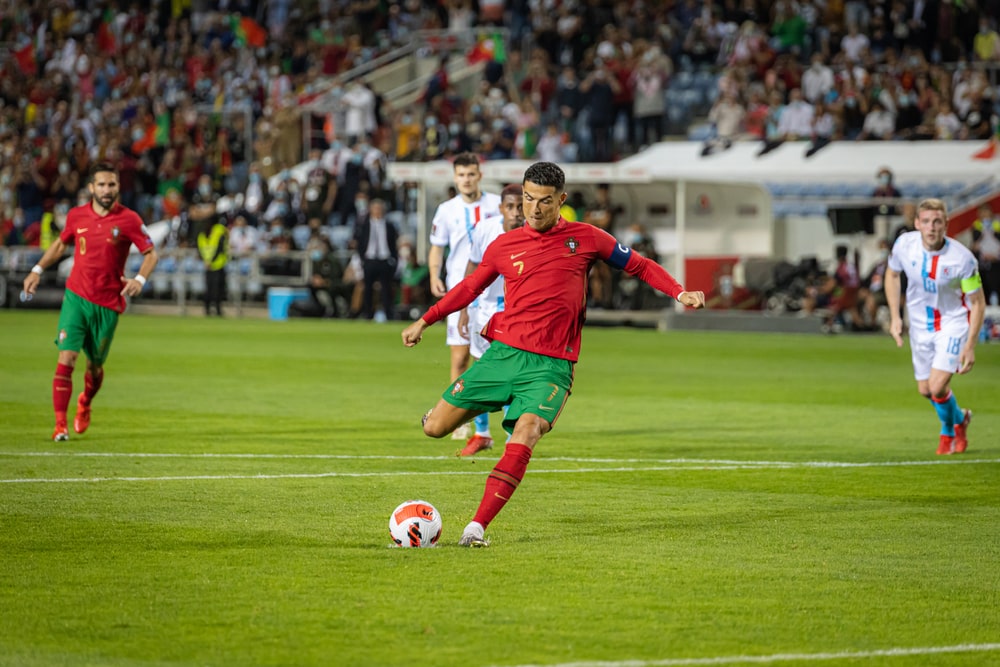 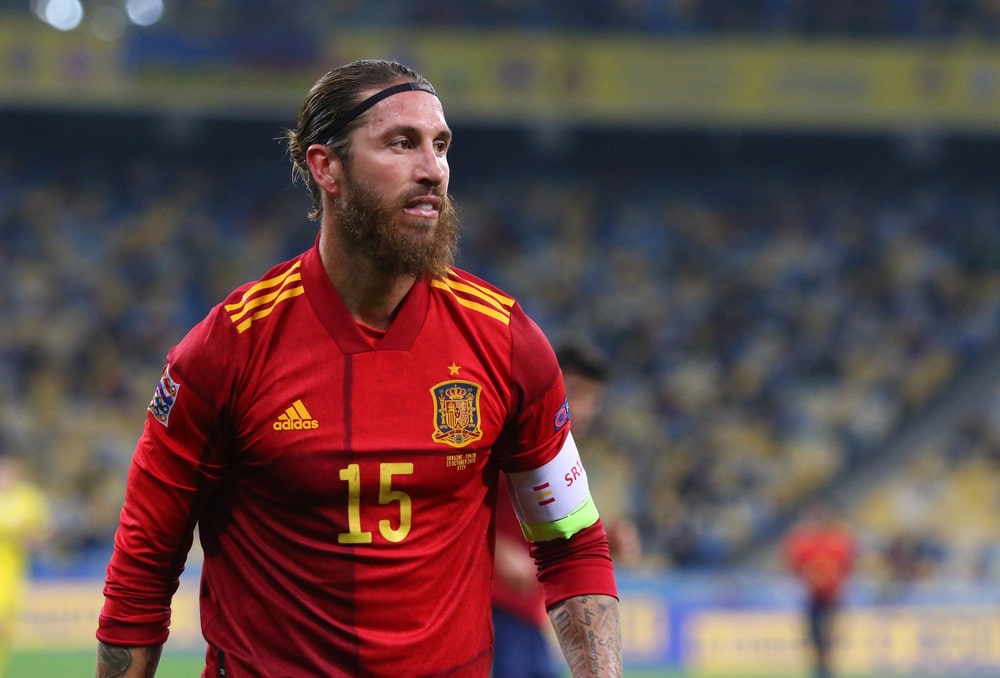 Who Has the Most Caps in Women's Soccer?

Perhaps unsurprisingly given the long-established quality of the USA's women's soccer team, this is a list dominated by Americans. And some of the numbers reached are pretty mind-blowing... 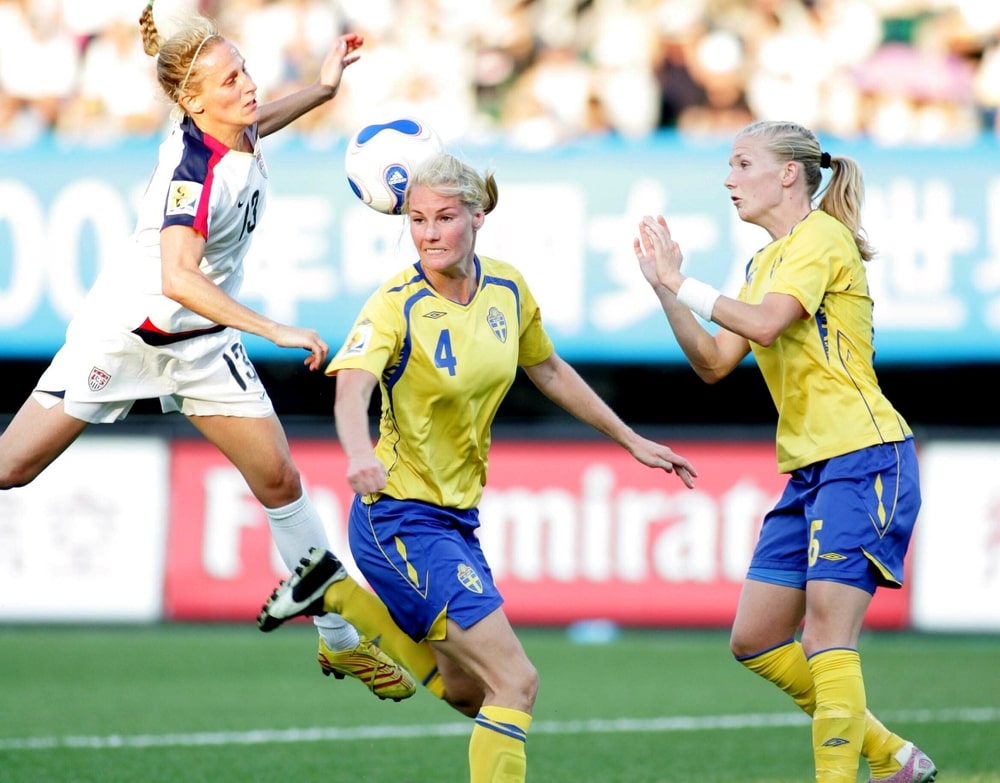 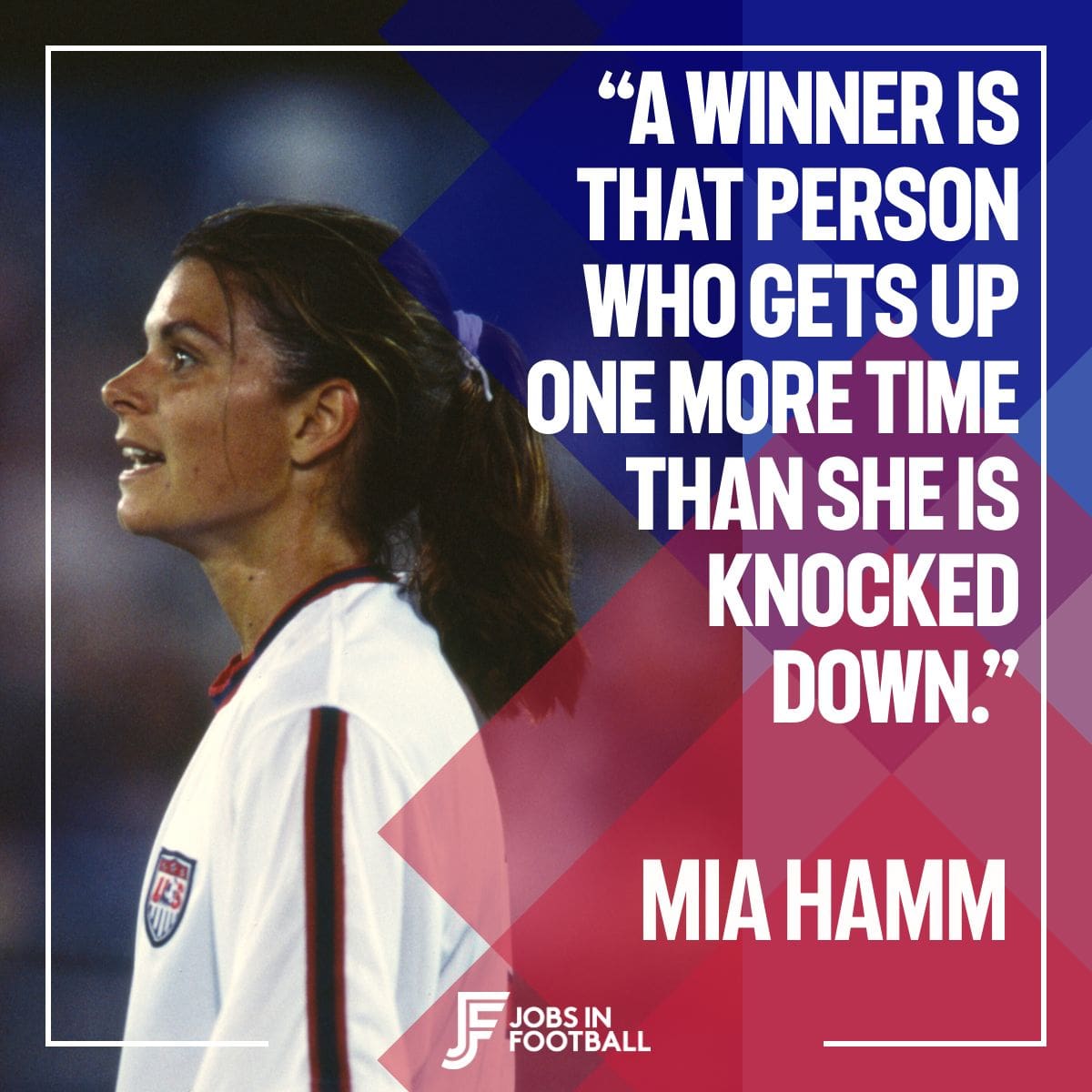 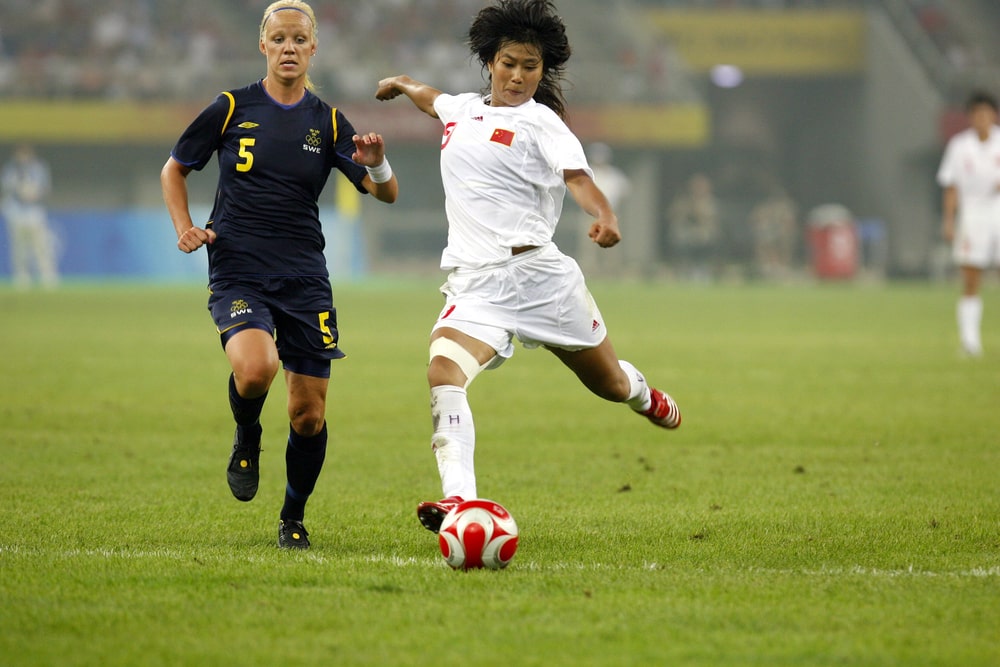 What a list! There are some unbelievable appearance records in the international game, and several of the names mentioned in this article continue to rack up caps for their respective nations.

Want to build on your new knowledge about the beautiful game? Good news — our website is packed with more informative content about how soccer works.

For a great introduction to a range of ideas surrounding tactics, history, and influential figures in the sport, check out our guide to 10 soccer books to broaden your knowledge of the game.