The Role of the Full Back in Soccer 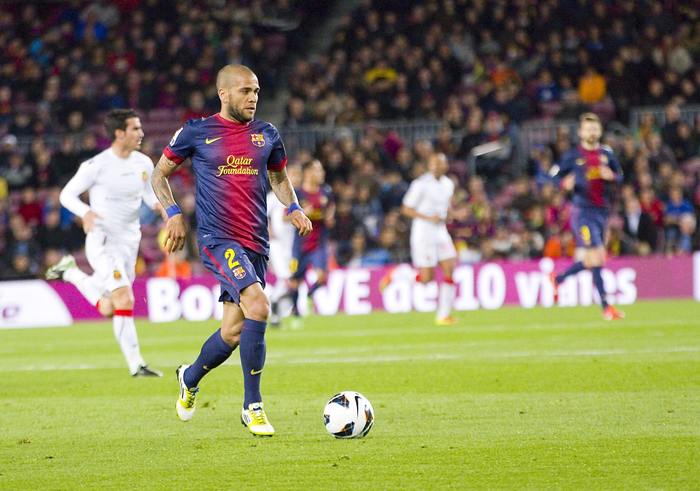 There are a number of different positions on a soccer field. Each role has its own individual set of tasks, responsibilities, and requirements, and if you're hoping to get into either playing or coaching soccer, you'll need to have a good grasp of every single one.

That's why in this article, we'll be exploring one of the most important soccer positions there is full back. The term "full-back" covers two different types of soccer positions: left-back and right-back. In this piece, we'll be looking at both, explaining how to play as a full-back, exploring the key skills involved in the role, and looking into the best full-backs in the game. Let's get started!

How To Play As a Full Back

The role of the full-back is incredibly multi-faceted. It's probably one of the most complicated positions on the pitch.

Full-backs are expected to offer consistent defensive cover across their flank (whether left or right) while also supporting the team in attack and linking with midfield and forward players.

While technically they're included within the defensive back line and relied upon largely for their defensive skills, often they will be far more advanced up the pitch, with central defensive midfielders within a single or double pivot often dropping back to cover them as they move forward. This attacking intent is particularly common within the modern game, with Liverpool's Trent Alexander-Arnold and Andrew Robertson providing great examples of this type of full-back behavior (more on this shortly).

Understanding when to push up the pitch and support teammates out wide and when to sit back and provide support to the center-backs is a key component of playing the fullback position. After all, if you're caught in the wrong position, opposition wingers can end up getting seriously threatening attacking opportunities.

The term 'full-back' could also be used to refer to wing-backs, who are generally a little more advanced and less defensively-minded. Put simply, full-backs are wider defenders who sit on either side of the central defenders. A back four system (like you'd get in 4-3-3) would use a right-back, two center-backs, and a left-back.

The key attributes of a full-back

The full-back soccer position involves several different responsibilities, as explored just now. So what skills and attributes are needed to be able to handle the pressure of being an elite soccer fullback?

Full backs are often some of the quickest players on a soccer field. A burst of pace is crucial when it comes to dealing with quick, skillful, technically-gifted wingers in defensive positions; however, it's also crucial for full-backs who enjoy getting forward and attacking the opposition. 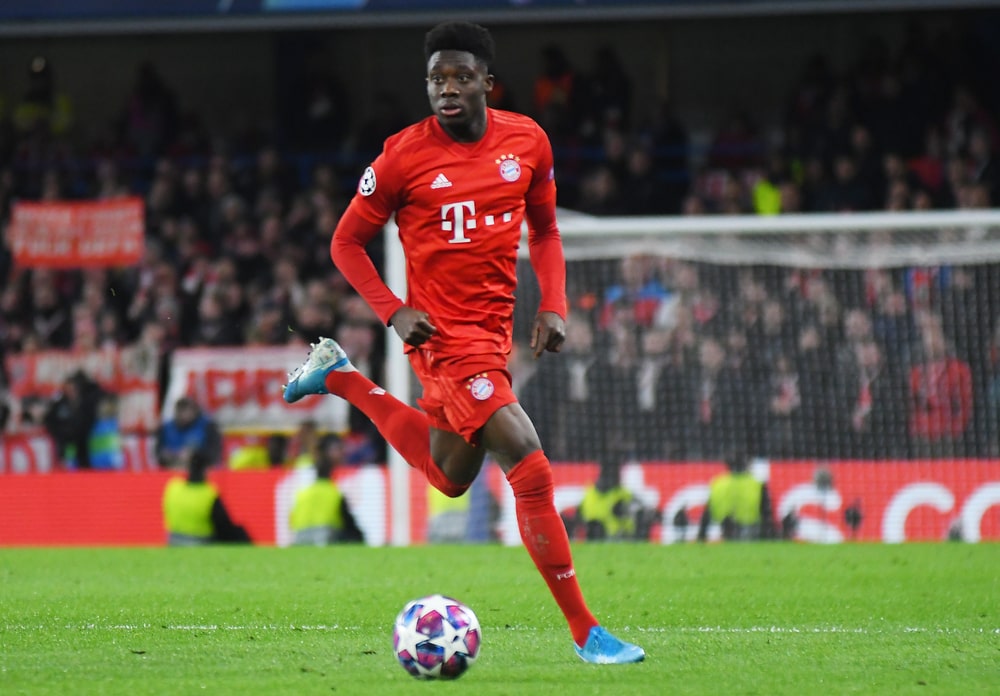 Another physical attribute full-backs need is stamina, because their job involves getting up and down the pitch with speed throughout the game. To be able to perform both their defensive and offensive duties, their fitness levels need to be extremely strong.

Without strong positional awareness and an ability to read the game, full-backs will get caught out and center-backs will be left exposed. In this position, players must be able to switch from covering their teammates to providing attacking options on the overlap.

Getting yourself in the right spaces doesn't mean much if you don't have the technical skills to back it up. Modern fullbacks need great ball control and dribbling skills, passing ability, and an excellent first touch.

The importance of full-backs or wing-backs within the modern game means that clear communication is more crucial than ever before. Whether it's alerting other players about the movement of opponents, telling teammates when you're going forward or dropping back, or simply shouting 'Man on!' to the winger next to you, communication is key.

Who are the best full-backs in the world?

The role of a fullback in soccer has changed dramatically in recent years. Rather than being primarily focused on defense, they are now required to be strong going forwards, with many of the world's best left-backs and right-backs being a key playmaker for their team.

Let's take a look at some of the best examples of the pioneering attacking players who are ripping up the script of the soccer fullback role.

With over 160 Premier League appearances for Liverpool at the age of just 23, Trent Alexander-Arnold is one of the great wonderkids of modern football. The right-back has become known for his extraordinary crossing and passing ability, notching 45 assists in the league since his debut in 2016, a record bettered only by Manchester City's Kevin De Bruyne.

At Manchester City, Pep Guardiola has taken positional fluidity and shape-shifting to a new level, and since he arrived in 2019, Joao Cancelo has been central to that. Drifting into central midfield areas and constantly seeking possession of the ball, Cancelo's primary role has become a creative one, his technical ability allowing him to reshape our understanding of what a full-back can do.

When it comes to the fastest players in the world, Bayern Munich's Alphonso Davies is towards the top of the list. His blistering pace allows him to burst past defenders down the left-hand side of the field; against Arminia last February, one defensive recovery sprint saw him reach a remarkable top speed of 36.51km/h. The Canadian left-back is widely regarded for his attacking abilities.

Achraf Hakimi is a young full-back with a huge amount of potential. The Moroccan international has played for some of the world's best clubs, moving to PSG last year after spells at Inter Milan, Borussia Dortmund, and Real Madrid. His agility, speed and excellent dribbling ability make him one of the best full-backs in the world.

Who are the best full-backs of all time?

Over the years, the full-back soccer position has become more offensive; however, that doesn't mean there weren't also some impressive attackers operating in this position back in the day. . . 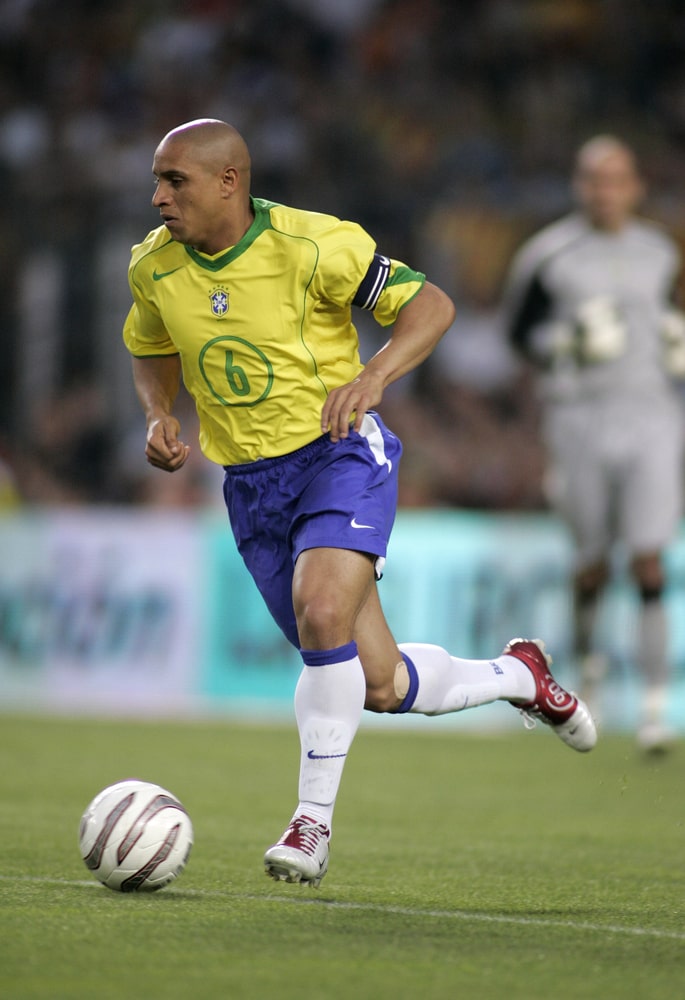 Widely considered to be one of the best fullbacks in the history of the game, Brazil's Roberto Carlos was a player who truly made the left side of the field his own. A free kick specialist who started his career as a forward and was dangerous in the final third, the Real Madrid legend famously won the World Cup with Brazil in 2002, while also winning an incredible 4 Champions Leagues and 4 La Liga titles.

Another Brazilian who was at his pomp during the 1990s and 2000s, Cafu completed a Brazilian full-back pair that was pretty much unstoppable for most teams. Winning 2 World Cups and a raft of domestic trophies with clubs like Sau Paulo, Roma, and AC Milan, Cafu is a legendary soccer fullback, one of the best to ever play the right back position.

A slightly more defensive-minded player, Paolo Maldini is widely regarded as one of the greatest defenders of all time. His positional awareness, tactical nous, technical ability, and leadership skills allowed him to reach the very top of the game, winning 7 Serie A titles, 5 European Cups, and a number of individual awards. Italy and AC Milan's captain for many years, the left-back was nicknamed 'Il Capitano' due to his leadership credentials.

Argentine international Javier Zanetti made such an impact at Inter Milan that on his retirement, the club retired his iconic No. 4 jersey. As a player capable of performing in both full-back roles (as well as in midfield), he was versatile, quick, strong, and technically excellent. With 145 international caps and the honor of having the most Champions League appearances as captain, he's a truly legendary defender.

Former Germany captain Phillip Lahm had a long career at the top of the game, winning the 2014 World Cup and featuring in numerous tournaments and elite club competitions. Integral to a dominant Bayern Munich team that won 8 Bundesliga trophies between 2005 and 2017, he was a versatile, tactically intelligent, defensively adept right back.

Who is the best full-back in soccer?

The main positions in soccer are goalkeeper, center-back, full-back, center-midfield, wide midfielder/winger, and forward. Each position has its own set of roles, responsibilities, and key attributes. Check out our article on soccer positions explained for more information.

What is the role of the goalkeeper in soccer?

The goalkeeper is the last line of defense, responsible for guarding their goal, instructing defenders around them, taking goal kicks, catching crosses, saving shots, and doing everything they can to stop the opposing team from scoring - i.e keeping a clean sheet.

Want to learn about other specific roles? Check out our articles on The Role Of The Box To Box Midfielder.