What is a Clean Sheet in Soccer? 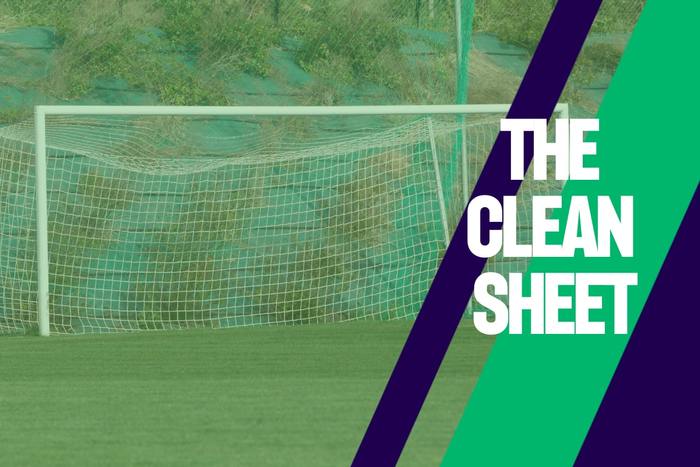 The famous Johan Cruyff once said: "To win, you have to score one more goal than your opponent." It's a pretty simple-sounding philosophy, and one that puts a lot of emphasis on attacking. But many other coaches and tacticians have chosen to view football in a more pragmatic, conservative way. The likes of Diego Simeone, Jose Mourinho, or Sam Allardyce come to mind. And it's totally understandable, too — after all, defending is a huge part of the game too.

If you find yourself slotting into the latter category, you'll probably have heard of a clean sheet before. It's a term that's thrown around all the time in soccer punditry and analysis; but what does it mean? In this article, we'll be explaining what a clean sheet is, exploring why clean sheets are so important in football, and giving you a few tips on how to make them a key part of your game.

What is a clean sheet in soccer?

In soccer, a clean sheet is when a team concedes zero goals in a match. It's as simple as that! If you stop the opposition from scoring throughout an entire soccer game, you've successfully kept a clean sheet. If your opponents score, even if it's a sloppy goal in the 90th minute, your clean sheet record is gone.

It's worth noting that it's possible for both teams to record a clean sheet in a soccer game, if the match finishes 0-0. For US sports fans, a score line like this might seem extremely boring, but it's a common result within soccer, and it doesn't always mean the game has been poor! 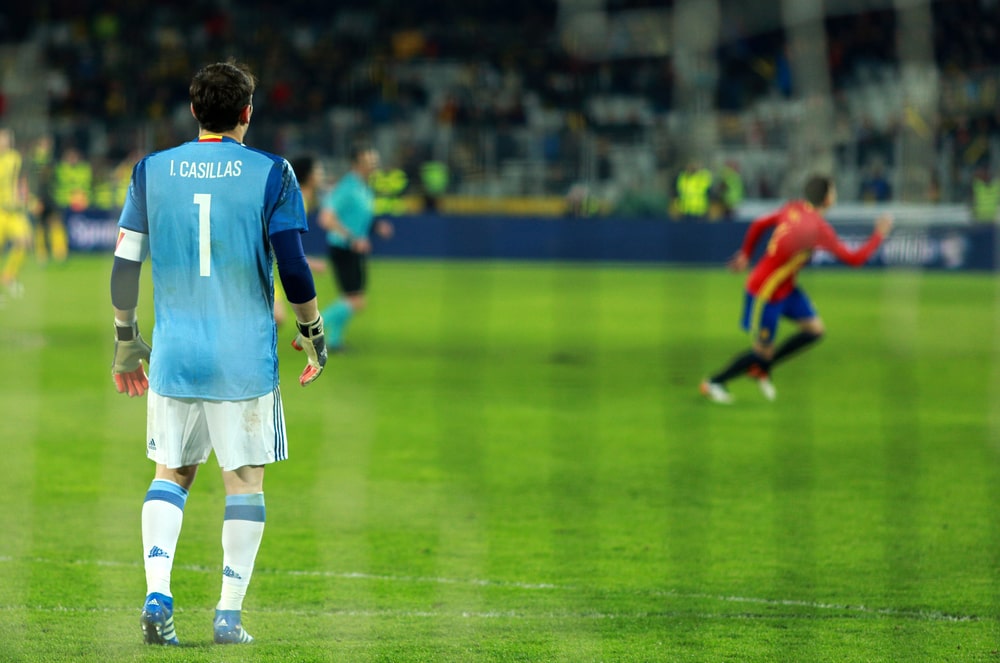 Clean sheets are the hallmark of any defensively strong soccer team. When you stop the other team from scoring, you give yourself a great chance to get points on the board. To expand on this point, let's explain just how important clean sheets can be.

How important is a clean sheet in soccer?

Let's picture an unlikely scenario: a Premier League team doesn't concede a single goal all season, across 38 league matches. If this happens, even if that same team doesn't score a single goal all campaign, they'll pick up 38 points, a total that's usually enough to guarantee Premier League survival (18th-placed Burnley were the strongest team to go down last season, and they picked up 35 points). This situation pretty much sums up how useful clean sheets can be.

If you're not regularly conceding goals, you build a great foundation on which to pick up draws and wins. The number of clean sheets a team is able to secure has a serious impact on their league performance. Take Jose Mourinho's 2004-05 Chelsea team, for example. . .

Mourinho's team recorded a phenomenal Premier League season that year, finishing with a then-record 95 points, 12 points ahead of runners-up Arsenal. The key to their success? An incredibly strong defense. In fact, over the course of the 38-game season, Mourinho's Chelsea conceded just 15 goals, and kept an astonishing 25 clean sheets, easily the best defensive record in Premier League history. This is a pretty good indication of how important a clean sheet in soccer can be.

Why is it called a clean sheet?

It's quite a strange name, right? Much like a lot of footballing jargon, from 'nutmeg' to 'rondo', there's a fair bit of confusion about where exactly this term came from. So why is it called a clean sheet in soccer?

The origins of the term 'clean sheet' come from sports reporting. Back in the day, before the advent of computers and high-tech live matchday experiences, sports reporters used to record the score on a white sheet of paper. If a team's sheet of paper was blank, or clean, at the end of a match, that meant that the opposing team hadn't managed to score any goals against them.

From those simple origins, the term expanded and went on a journey of its own — it's now a super common aspect of soccer punditry, coaching, and ordinary discussions between friends. Like the box-to-box midfielder or the hat trick, we pretty much take this term for granted now.

As the game continues to develop, different teams and coaches are sure to develop different ways of defending in games, trying to maximise their chances of being able to secure themselves a clean sheet. To give you a better idea of exactly how one team or another might boost their chances of preventing goals, let's look at some key tactics and strategies for keeping a clean sheet in soccer.

How to keep a clean sheet: Soccer tactics for solid defending

Below are a few tips that will help any prospective coaches improve their team's defensive efforts.

A huge amount of goals in soccer are scored from set pieces — they typically make up around 25-33% of goals in modern soccer. One of the best ways you can reduce your chances of conceding goals is to make sure you're super confident and organized on every single set-piece that's sent your way.

Whether you introduce zonal marking or go player-for-player (both tactics can be effective), it's important that every player knows exactly where they should be and which opposition players they should be keeping an eye on when corners, free-kicks, or throw-ins are sent forward into advanced positions. Getting your set piece practice in will help you boost your chances of regularly keeping clean sheets.

#2. Get your tactics right

Different tactical set-ups work against different teams. When you want to absorb pressure and give the other team possession before hitting them on the counter-attack, you may want to sit deep in a low block. Alternatively, sometimes the best form of defense is attack. In this instance, you may prefer being aggressive and taking the game to your opponents, while maintaining a solid defensive base in case things go south.

Ultimately, the approach managers and coaches take to each game is guided partly by the style and game plan of the opposition. If you're up against a free-scoring attack-minded team, you may want to tweak your strategy accordingly — make sure you keep in mind the aims of the opposition at all times.

A big part of getting your tactics right comes down to formations, whether you're playing with a 4-3-3, a 3-5-2, or a 4-2-3-1. Check out our guide to the most popular formations in soccer for more guidance on each of these shapes.

When it comes to preventing the opponents from scoring, one of the most crucial things you can do as a defensive side is keep your positional discipline. When players meander into areas of the pitch outside their designated zone, they risk leaving gaps in behind that can allow the other team to expose them. Teams that consistently keep clean sheets tend to be the most well-drilled, disciplined, and hard-working teams. That's just the way it is. Indiscipline is a huge threat, and we don't just mean positionally.

Poor discipline can also refer to losing your concentration or not being as focused as you should be in defensive situations. Another area in which alertness and discipline is crucial is in reference to fouling opponents or picking up yellow or red cards. Losing your sense of discipline in this area will significantly harm your team's defensive chances. How can everyone apply an effective structure if a certain player has got themselves sent off?

A crucial component of any good defensive system is the goalkeeper. The player between the sticks has a unique role on the soccer field, and the best goalkeepers are capable of having a huge influence on the outcome of any given match. By making saves, collecting the ball, soaking up pressure, and instructing other defensive players, goalkeepers are directly responsible for whether or not a clean sheet is kept.

If you're a coach that finds your team conceding far too many goals, one of the first places to look is between the posts: recruiting a quality goalkeeper is one of the first things that can be done to make a team more defensively solid. If you'd like to find out more about this fascinating soccer position, check out our guide to the role of the goalkeeper.

Generally speaking, those four issues are the first things you should address if you want to boost your team's chances of keeping clean sheets. Ultimately, it takes a lot of work to become a team with the organisation levels and solidity of the likes of Mourinho's Chelsea, but when it comes to getting points on the board, it's seriously worth the effort.

If you want to find out more about the other strange technical terms used within the world of soccer, we've got plenty of similar articles on our blog. Why not start off by reading our guide to the soccer hat trick?

Who has the most clean sheets in EPL history?

With 202 clean sheets in 443 appearances, Petr Cech has the most clean sheets in EPL history. This gives him a clean sheet percentage of 45%, which is among the highest of all Goalkeepers to have played >100 games in the league. 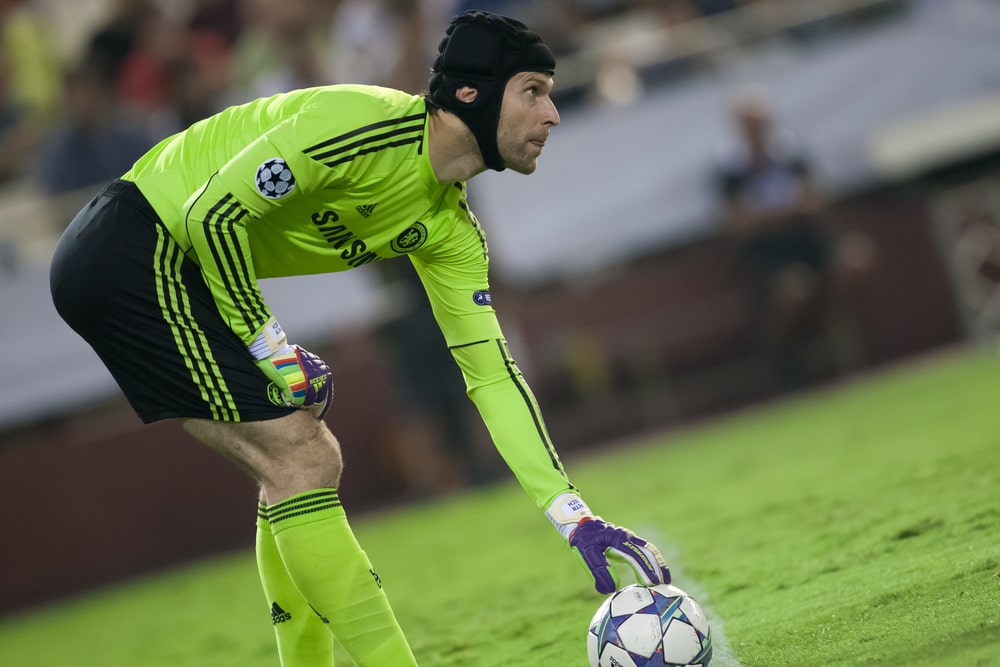 The top 10 Goalkeepers with most clean sheets in Premier League history is:

Who has the most clean sheets of all time?

At elite level, Gianluigi Buffon has the most clean sheets of all time, with 501 clean sheets for club and country. 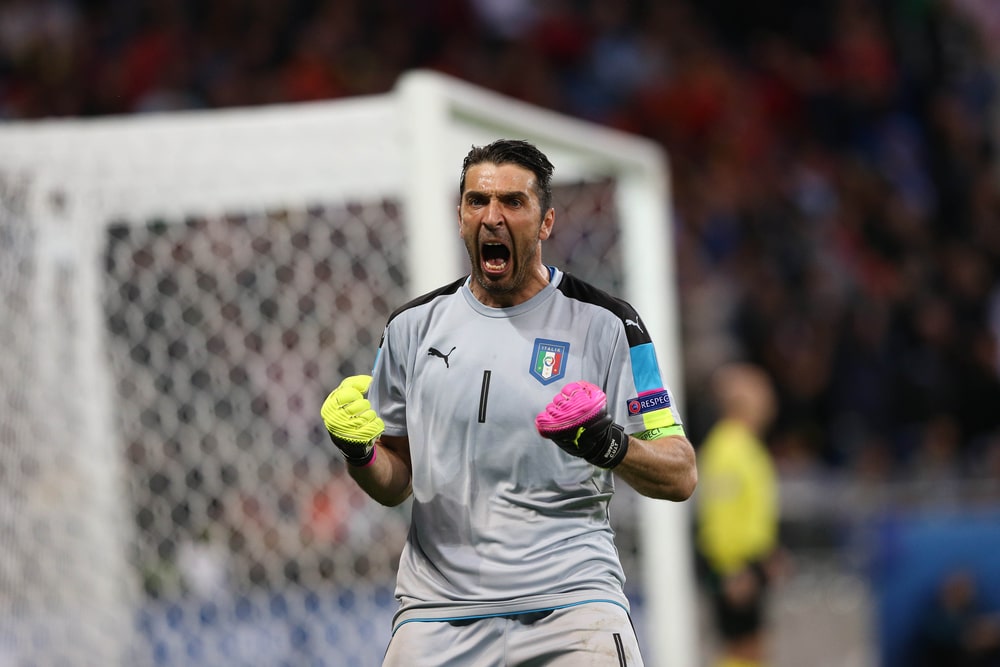 The primary role of a defensive unit is to prevent the opposition from scoring — in other words, to keep a clean sheet. This defensive unit will usually be made up of a goalkeeper and 3-5 defenders, including center-backs and full-backs.

What is the role of a center-back?

Center-backs are the heart of any defensive structure. They are positioned in the center of defense, and they're responsible for winning aerial battles, clearing the ball, marking, intercepting and tackling from attackers, as well as progressing the ball up the pitch.

What is the role of a goalkeeper?

Goalkeepers are the last line of defense, responsible for guarding their team's goal, catching and saving shots, distributing the ball, and instructing the defenders around them.