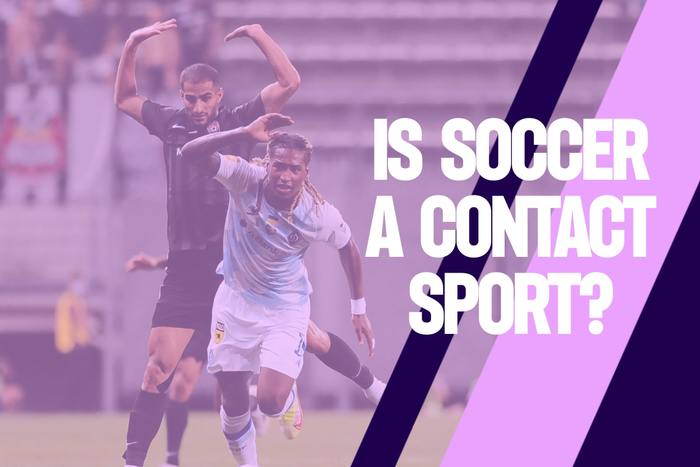 When you watch a soccer game on TV, one of the first things you'll notice is that in stark contrast to the action within US sports leagues such as the NFL or the NHL, there's a complete lack of protective gear on show. This is hardly surprising, given that the need for this kind of protection is far lesser in soccer, a game that revolves around a simple, relatively light ball. However, that doesn't mean there's no risk of injury at all.

Soccer is a sport that will often see players clashing into each other and putting their bodies on the line in order to gain an edge and bring their team that little bit closer to success. Whether it's in the World Cup, the Premier League, or an amateur game of the lowest order, this is a sport in which physicality is of vital importance.

Yes, you need technical skill, discipline, tactical awareness, and a range of ball skills, but the physical aspect of the game should not be underestimated.

That's why in this article, we'll be explaining contact in association football, giving you all the answers you need about whether or not soccer is a contact sport. But before we get into that, it's important to first flesh out exactly what it means to be a contact sport...

According to the Cambridge Dictionary, a contact sport is "a sport such as rugby or American Football in which players are allowed to touch each other when, for example, they are trying to get the ball". Other definitions are even more precise. The Medical Dictionary adds that the term "contact sport" can be divided into four sub-categories: full contact, or collision, semi-contact, limited contact, and non-contact. All sports can be slotted into one of these categories.

For example, in non-contact sports such as swimming, snooker, or darts, there are no possible means of touching. This is achieved either by using separate lanes, like in sprinting, or by taking turns, like in darts. So, where exactly does soccer slot in on the spectrum of contact vs non-contact?

Think about it: when a tough-tackling center-back like Harry Maguire or Sergio Ramos makes a strong challenge on an opponent, winning the ball cleanly while also colliding with their opponent, it's not automatically a foul. When two players go up for a header and their bodies clash a little as they compete, the referee isn't going straight for their whistle to stop the game. 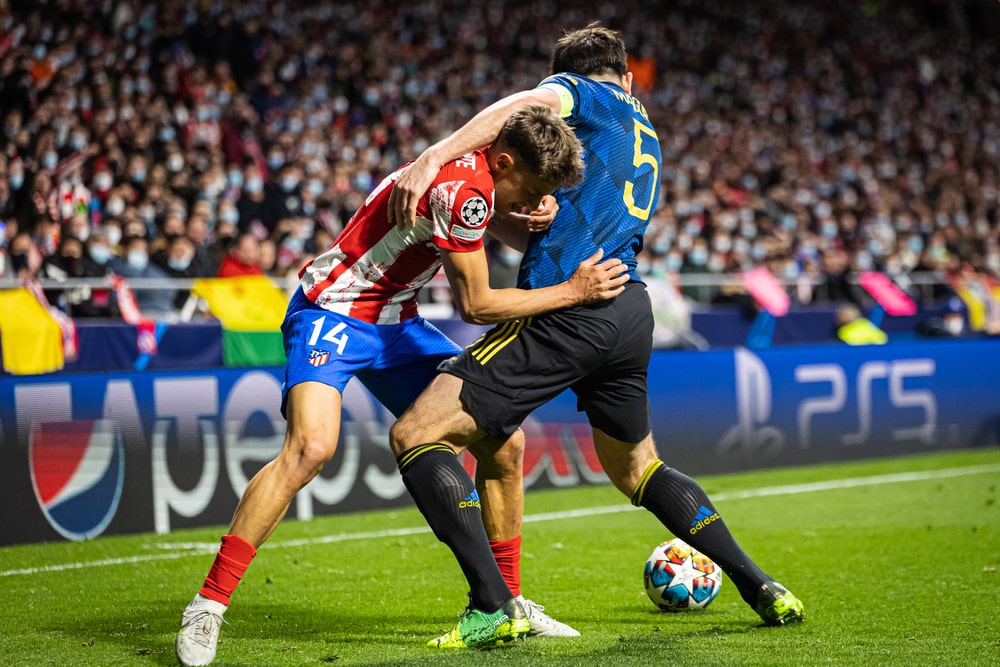 Players are allowed to touch each other during a football match; otherwise, many of the ordinary things we're used to seeing on a soccer field would not be able to happen, and the game would constantly be stopping and restarting.

However, that doesn't mean that contact is always a good thing. In association football, a "professional foul" is when a player deliberately makes contact with an opposition player in order to bring them down or stop them from advancing forwards. Accidental fouls are often even more dangerous, and it's common for minor injuries to be sustained on a soccer field as a result of physical contact between players. Therefore, it's important that referees keep an eye on things and maintain control of the game at all times.

So what type of contact is allowed? Well, while contact is a part of the game that each and every soccer player will be well-accustomed to, most forceful contact is prohibited within the sport.

Shoulder to shoulder contact, in which two players are engaged in a competitive tussle for possession of the ball, is a form of legal contact that is regularly seen throughout the sport. However, this can easily shift into a shove or a push, so it's fair to say there's a fine line that officials need to be constantly wary of. 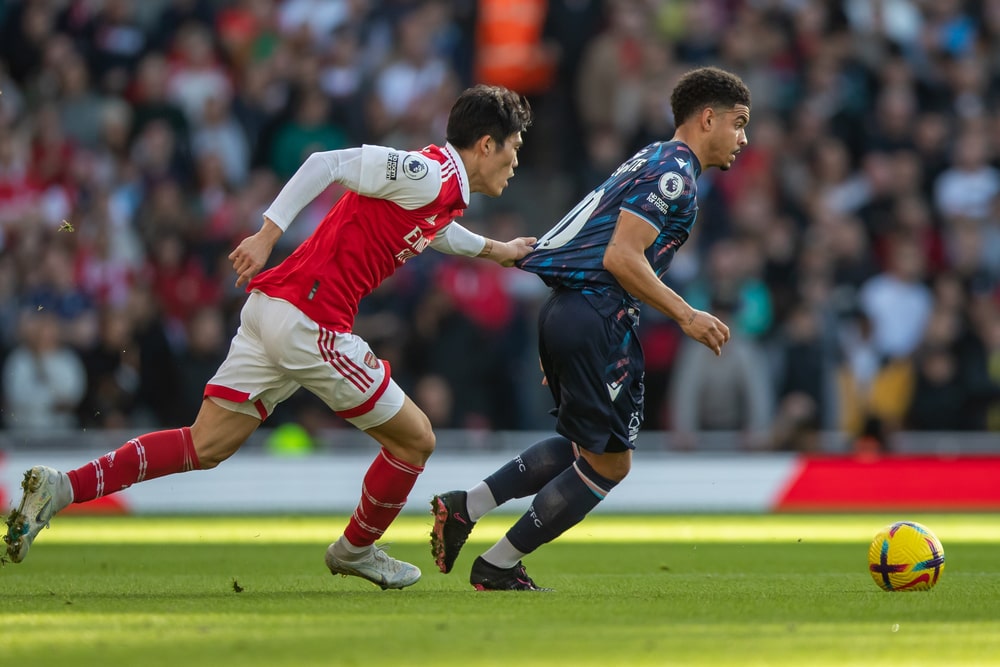 Pulling the shirt of an opponent - like Arsenal's Tomiyasu did to Morgan Gibbs-White of Nottingham Forest, above -  is an illegal move

How Dangerous Is Soccer?

A strong tackle can be a beautiful sight to behold. When a defensive player digs in, puts their body on the line and does everything in their power to stop their opponents from scoring, fans are certain to show them serious respect. However, sometimes tackling can become dangerous.

In recent years, referees have clamped down on reckless challenges, and players are more likely to receive yellow or red cards for potentially endangering their opponents. A few key distinctions exist to stamp out dangerous play, with game officials able to hand out cards for making a challenge that is "careless", "reckless", or "uses excessive force". You can check out the FA Guidelines for more information on the details behind these regulations.

With all that being said, soccer is still a relatively safe game, and it's very rare that a serious injury such as a broken leg is suffered by a player during the course of 90 minutes. Accidents, such as clashes between heads, or awkward landings, can happen, as in any sport. Wolverhampton Wanderers forward Raul Jimenez's nasty skull fracture against Arsenal in November 2020 is an extreme example of this. 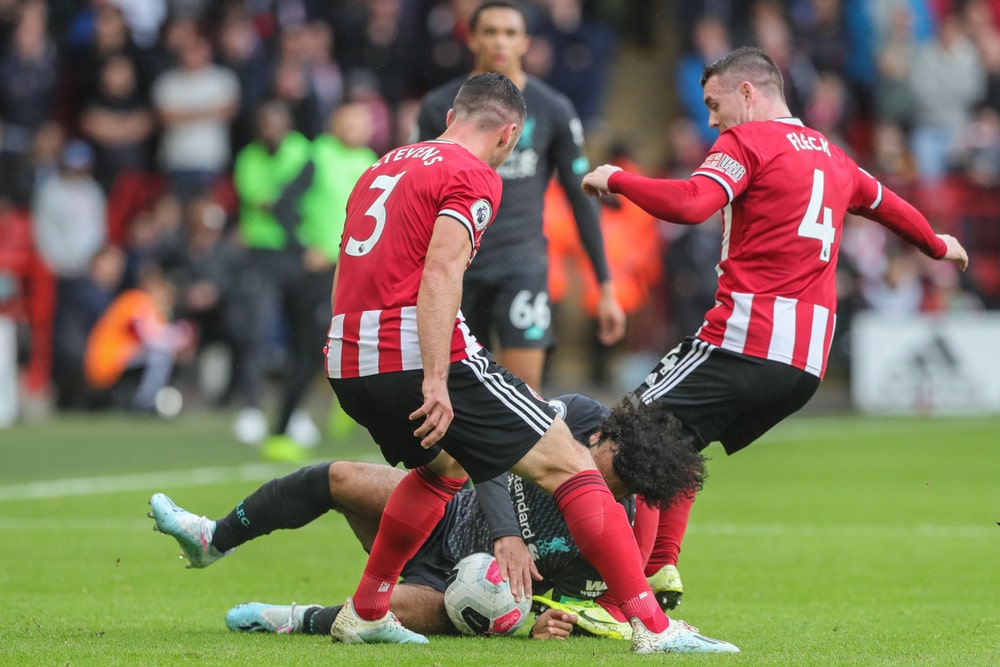 But generally speaking, these cases are very rare, and it's even rarer for there to be any malicious intent on the part of players. Ultimately, when compared with more overtly dangerous sports such as boxing or martial arts, or more extreme sports such as mountain climbing or BASE jumping, soccer is incredibly safe. So next time you try to find a local soccer field for a kickabout with some friends, don't worry - there's very little chance you'll get badly injured!

Getting to grips with 'the beautiful game'

Many years ago, association football was nicknamed "the beautiful game", and in the modern era, it remains easy to see why. When watching the best teams play, whether it's the tiki-taka soccer of Guardiola, Messi, Iniesta, and Xavi's old Barcelona side, or the intense gegenpressing style employed by Klopp's Liverpool, it's hard not to get wrapped up in how attractive association football can be. That doesn't mean there's no ugly side, as we've discussed today, but no one should let that put them off following the game.

A big part of growing to love the sport comes from gaining a greater understanding of the finer details of how it works. That means learning more about the basics, from how big a soccer field is to when fouls and cards are handed out, to gaining knowledge about the intricate tactical details of the game.

Total Football, counter-pressing, positional play, zonal marking - there are tons of buzzwords used regularly by fans and pundits alike, and these can seem overwhelming, but there are plenty of resources to help.

Our blog is a great place to start. If you're interested in finding out more about association football and the many stories and trends that make the sport so interesting, we have a wide variety of different articles dedicated to documenting the basics of soccer. Why not start off by taking in our guide to the most popular formations in soccer? Or if you fancy throwing yourself in the deep end, take a look at our guide to zonal marking and its prominence within the modern game. Happy reading!

How long is a soccer match?

A soccer match is 90 minutes long, with the game split into two halves of 45 minutes. On top of this time, there is typically at least 2-10 minutes of additional time, added at the end of each half to account for injuries, substitutions, and other stoppages. Our article on the length of a soccer game explores this subject in more depth.

What are the dimensions of a soccer field?

Soccer fields can come in different sizes; it's unlikely that an amateur team playing on Sunday mornings will be using a pitch the same size as Old Trafford. However, there are some international regulations in place to ensure that there is some consistency between different pitches across the world. A full-size pitch can be anywhere between 50-100 yards in width and 100-130 yards in length; our guide to soccer field dimensions provides more detail.

Who are the officials in a professional soccer game?

A professional soccer game is officiated by four officials: a referee, two assistant referees, and a fourth official. The referee is in direct control of the action, while their assistants provide support identifying offsides and fouls, while the fourth official remains on the sideline keeping the two coaches in check, amongst other duties. Check out our guide to game officials in soccer for more information.