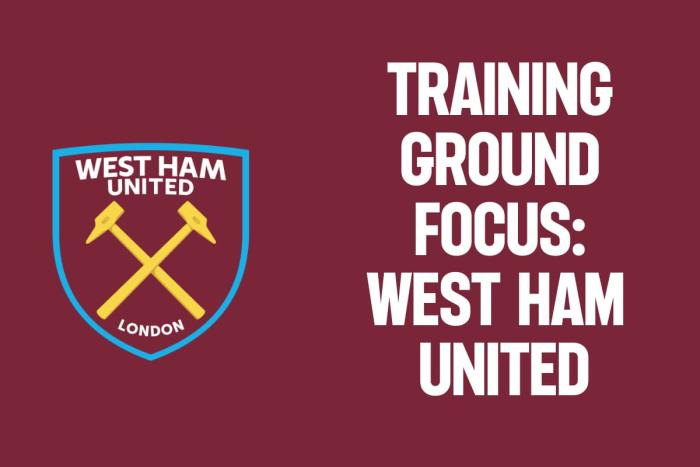 Under manager David Moyes, West Ham United FC has experienced some great times recently, challenging the division's best clubs and embarking on some remarkable European campaigns. Players such as Declan Rice, Michail Antonio, and Jarrod Bowen have been central to that journey, but these individuals aren't wholly responsible for that upward trajectory.

As a club, West Ham works hard behind the scenes to ensure they can compete on the biggest stage. That involves clever recruitment and tactically astute coaching; for example, last season they were one of the best-performing Premier League sides when it came to set piece goals and expected goals (xG). And racking up those numbers requires serious effort on the training ground. So where does the club do its coaching?

In this article, we'll give you details about the name of the West Ham training ground, its size and the facilities on offer, the recent improvements that have been made, and any plans for future work. We'll also explore how the ground compares to other Premier League training centres, as part of the broader picture we're painting of sites such as the Leicester City FC Training Ground and the Bodymoor Heath Training Centre, home to Aston Villa. Okay, let's begin.

What is the name of the West Ham United Training Ground?

The London Stadium, previously called the Olympic Stadium, has been the home of West Ham United since 2016. In the same year, another big change took place at the club: they moved first team training operations away from their former site Chadwell Heath. Nowadays, these primary training facilities are based in Romford, at a site on Rush Green Road just over eight miles from the London Stadium.

Previously, the Rush Green Centre was used by the club's academy, but it was given a major revamp as part of West Ham's broader efforts to expand, develop, and compete at the highest level, and after that, the Men's first team moved in on a permanent basis. The name of the newly refurbished facility? Rush Green Training Ground.

According to Head Groundsman Dougie Robertson, the changes made to ensure the Rush Green site was ready to become the club's main coaching base were huge. "The facilities that are now available really brings us into the big league and that is where the club wants to be," he said. "Everyone sees the players on a matchday but they spend a lot of their time at the training ground and that is where the team bonding really grows." Let's spend some time exploring the details of the training ground redevelopment.

How has the West Ham Training Ground been improved in recent years?

The Rush Green training facility that West Ham's players use on a daily basis didn't shoot up in a few days - it took several years of ongoing work for the site to reach the level it's at today, and the redevelopment hasn't stopped yet (but more on that shortly). Professionals that have played a central role in the redevelopment include Relocation Project Director Stewart Pegge, Operations Director Ben Illingworth, and and Head of Medical and Sports Science Stijn Vandenbroucke, as well as a succession of managers that have encouraged developments. It's David Moyes that has benefited the most from these changes, however, at least in terms of the Hammers' Premier League and Europa Conference League pursuits.

Planning permission for a new training building was first granted back in June 2018, but Covid-19 and its ongoing ramifications meant that it wasn't until 2021 that construction started. The project wasn't just intended to help the Men's first team, with the women's team also adopting Rush Green as their base, moving in to a new dedicated single-storey standalone structure.

Late Chairman David Gold spoke positively about improvements made to the Rush Green site following a visit in 2019, saying "Spent some time at Rush Green today, saw a number of improvements, training pitches are the same specification as the London Stadium pitches and the gym has had a major overhaul". As part of these developments, the training centre's canteen area has also been refurbished. Many fans still aren't satisfied, though; in recent times, images of the notorious Rush Green portacabins have led to much criticism on social media. We'll cover these critiques in more detail shortly. 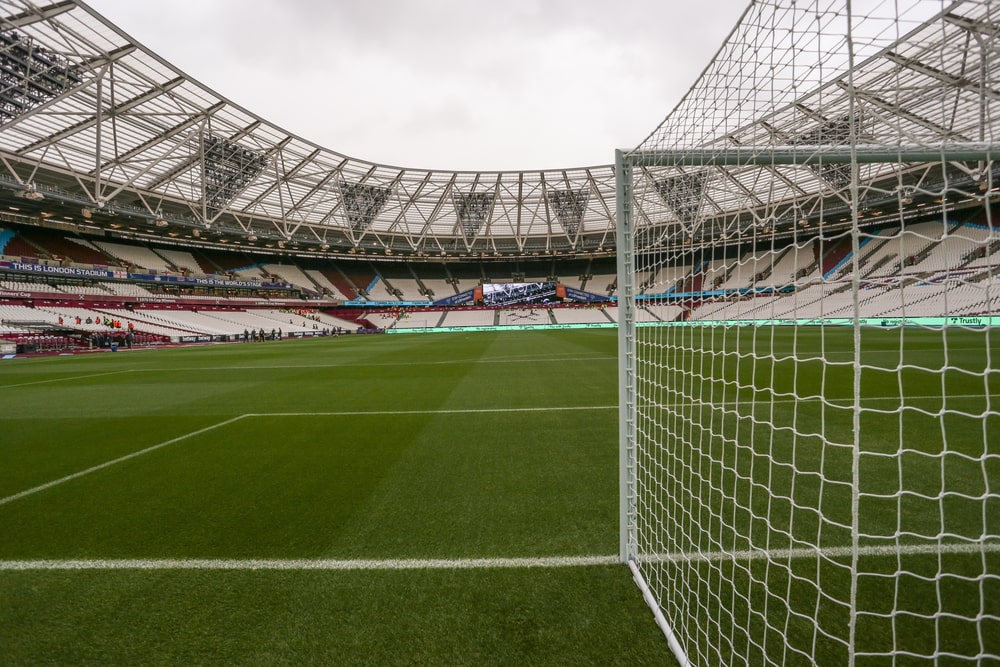 The Rush Green training centre is situated on a 29-acre site in Romford, an area that's packed with West Ham supporters. This is a relatively small site compared to the training grounds of top Premier League clubs such as Chelsea (whose Cobham centre takes up 140 acres) and Arsenal (who have a 143-acre site). That being said, it's still filled with many of the top-level facilities you'd expect from a massive club such as West Ham. Let's take a peak at some of them.

Rush Green has five constructed pitches, and according to the most recent available information there are plans to build a sixth. Three different kinds of pitches are in use, with players encouraged to experience a variety of surfaces. There's old traditional fibre sand, the Desso pitches which the club had at Upton Park and now at the new stadium, and also a new product called AirFibr, a specialist product which is proven to be softer for players who are recovering from injury. The two Desso Grassmaster constructed pitches measure 105m x 68m and are the same specification as the London Stadium to ensure that players are training on a surface that's as similar as possible to the West Ham United home ground. One downside is that there's no undersoil heating on the site, meaning that groundspeople have to rely on using covers to ensure that no training sessions are lost through frozen ground.

Other facilities at the Rush Green Training Ground include an air-fibre rehabilitation area that was only the second installation of its kind in this country, a large gymnasium, a medical room, a large treatment area, a sauna, and a Hydrotherapy pool, something that's seen in many of the best modern UK training grounds.

Also included are separate dressing rooms for the first team, elite staff, and general staff, plus an analysis room, a sports science room, and a first team restaurant (which as we mentioned earlier, has had some serious improvements made recently). On top of that are all the offices you'd expect from a club that has to complete a huge amount of behind-the-scenes work in order to maintain its Premier League position. 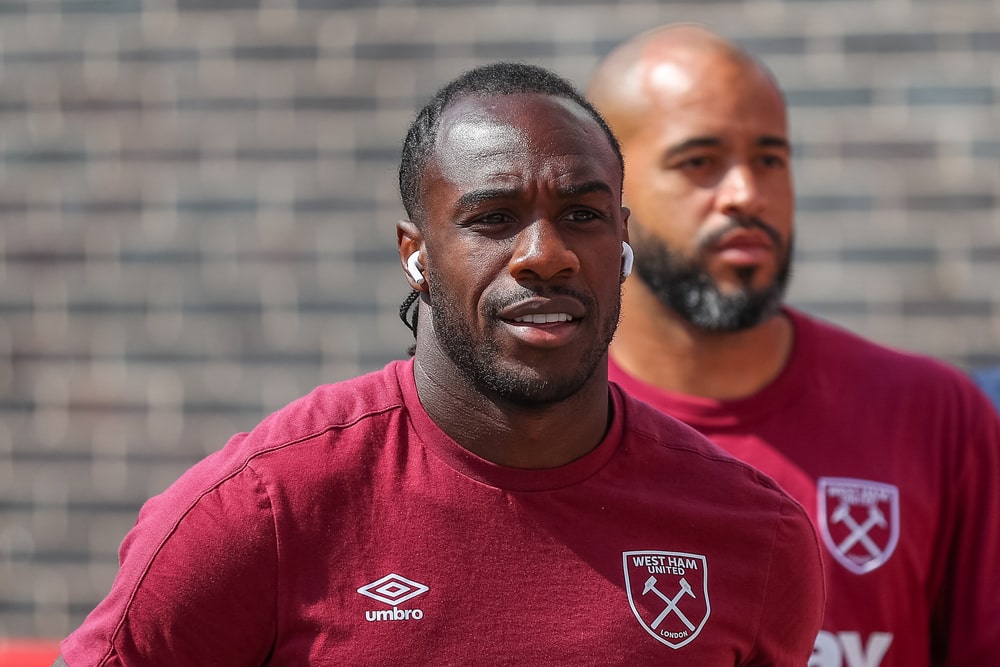 How does the West Ham Training Ground compare to other training centres at the same level?

We've already briefly discussed the criticism that the West Ham United Training Ground has come under in recent years, and the truth is, much of it is justified. Ultimately, most fans know their clubs much better than any outsiders could ever hope to, and the fact that backlash against West Ham's coaching infrastructure has come from Hammers fans themselves is a testament to what needs to be done.

While evidently, the Rush Green facility contains many state-of-the-art features that allow West Ham players to operate at the top of their game, from excellent gym equipment, to quality sports science kit and medical facilities, there are certainly improvements that could be made. The site itself is quite small compared to other top training grounds, and the number of pitches pales in comparison to other London clubs like Arsenal and Chelsea, with no undersoil heating either. While redevelopment work has taken place, it's understandable that fans want to see more money invested into their team's training facilities. So, is anything actually being done?

Ever since images and videos emerged of Leicester City's stunning new training complex, opened in 2020, West Ham fans have been crying out for further work to begin. The fact is that while West Ham are one of the league's richest clubs, their Rush Green site doesn't match up to that level of financial power.

Over the last few years, multiple planning applications have been applied for, and various bits of site redevelopment have taken place, from the installation of new pitches to improvements to the catering area. In August 2021, the club submitted a fresh proposal to build a new training ground building, after the license previously granted by the local council lapsed. This proposal was approved in October of that year, a huge boost for the Irons.

The work was set to be completed in September 2022, however the changes are yet to be publicly unveiled. The fact that the site is in a Green Belt area makes this kind of work more difficult and long-winded, as Hammers fans have discovered in recent years, but it's clear that the club are making efforts to improve the facilities they have on offer.

Interested in finding out about a UK-based training ground that is allowing a club to punch above its weight? Check out our piece on the Lotus Training Centre, the base of operations for Championship side Norwich City, and one of the most impressive coaching facilities in the country.