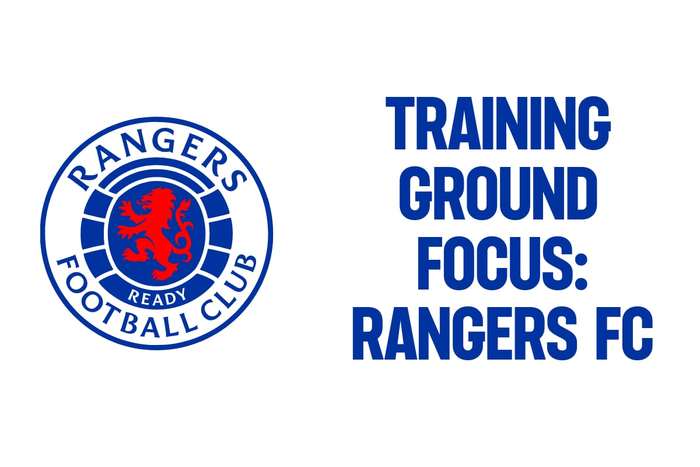 It's looking increasingly unlikely that Rangers will be able to seriously challenge Ange Postecoglou's impressive Celtic side for the 2022-23 Scottish Premier League title. However, fans on the blue side of Glasgow have at least been given some great memories in recent years, following a long period in the wilderness during the 2010s. To assist their rise back to the top of Scottish football, the club have made important improvements in various aspects of daily operation. One area that's received some attention is the training ground of the first team.

What is the name of the Rangers Training Ground?

Located in Milngavie, East Dunbartonshire, a small town in the northwestern suburbs of Greater Glasgow, the Rangers Training Ground is around six miles from the Scottish capital's city centre. It's been the Rangers base of operations since 2001, when it was opened following the requests of then manager Dick Advocaat, who insisted on the club developing a dedicated training facility. Before its opening, the first team trained across a number of Glasgow locations, including Ibrox Stadium, Bellahouston Park, and the West of Scotland cricket ground. For a club of Rangers' stature to have been in this situation so recently seems bizarre, but it's slightly more understandable when you consider the substantial cost of the training ground, which was estimated at around £14 million.

In those early days, the centre was named Murray Park after the Rangers owner at the time, David Murray. However, after Craig Whyte bought the club from Murray in 2011, this name pretty much ceased to be used. These days, it's referred to by the more simple official title of the Rangers Training Centre. Following the signing of a bumper £10 million deal with the sports brand in 2018, the facility was renamed the Hummel Training Centre, although the Rangers Training Centre is a more universally understood name. Another title you can expect to hear in reference to the site is Auchenhowie, which is the name of the locality within Milngavie that the training ground sits in.

How has the Rangers Training Ground been improved in recent years?

When Auchenhowie opened in 2001, it was a state-of-the-art facility, but as the years wore on, that stopped being the case. Improvements were needed if the club was going to continue striving to be the best, winning titles and competing in European competitions. In February 2016, plans were revealed by the Rangers Fans Fighting Fund (a fund launched in 2012 to protect the club's future during administration) for a £450,000 264-seater stand at Murray Park. The following year, planning permission was granted for both the stand and an array of other refurbishments. This included additional dressing room facilities, a classroom area, plus additional floodlighting. This work was wrapped up in summer 2019 after an 18-month project, with the new stand opened on 2nd August 2019.

These improvements allowed the facility to become the regular home venue for all the Rangers' women's team's competitive matches. Rangers' male under-18 team also use the site for home fixtures, as do the reserve team from time to time. And since then, other adjustments to the Auchenhowie site have been made.

New boss Michael Beale, who was appointed in November 2022 to replace Giovanni van Bronckhorst, has spoken on record about the impressive changes made to the Rangers training ground while under the stewardship of former England and Liverpool captain Steven Gerrard. Standards were raised across the facility, and after being shown the revamped managerial offices on a tour by sporting director Ross Wilson, Beale reportedly said "Oh, wow. It has been changed up, hasn't it? Class!" Beale, who was Gerrard's Assistant Manager at both Rangers and Villa before he took on the head role at QPR, also said of his former stint at Rangers: "Behind the scenes we redeveloped and created a lot of Ibrox and the training ground, which was fantastic coming back to… it's kicked on another notch."

And redevelopment seems to be constantly ongoing. Speaking to local press, sporting director Wilson said "There is a new camera system coming in from tomorrow. One of those where you can sit at your desk and watch training and stuff. Then pitch lights, heat lamps are coming in any week now." The ambition is there for all to see.

For pretty much all professional clubs, the training ground is the most important location when it comes to day-to-day work. It's where all the action happens, from detailed set piece coaching, to sports science work, injury recovery and rehabilitation, and post-match analysis. As a result, it's crucial that these sites are equipped with the best facilities and the latest technology. Let's spend some time exploring exactly what's on offer to Rangers players in 2023.

The Rangers Training Centre is a decent-sized site, although it's not as big as Premier League giants such as Arsenal and Chelsea, whose London Colney and Cobham sites both measure up at around 140 acres. Rangers, in comparison, train at a ground that's around 38 acres (over fifteen hectares). This space is split up into three main areas: the administration wing, the professional wing, which is occupied by the first team, and the youth development wing, where academy operations take place. The youth and professional wings share a range of facilities, including the gym, medical suite, and the indoor synthetic pitch. However, they also have their own separate receptions, dining areas, changing rooms, kit stores and lecture rooms. For the staff at many clubs, keeping a degree of separation between first team and youth team is important, because it gives the younger players something to aspire to and aim towards.

The training ground has seven full-sized pitches, six of which are outside, with the additional pitch an indoor 60 x 40 metre synthetic rubber crumb field that allows players to train whatever the weather. There are also two half-sized pitches, plus a practice area. Under-soil heating is installed in two of the full-sized and one of the half-sized pitches, with these more high-tech pitches used only by the Rangers first team.

But training doesn't start and end out on the pitch. The gym equipment, which is valued at around £150,000, is linked in to a computer system that holds dedicated personal fitness programmes for each individual player. This kind of attention to detail is mirrored in the training centre's media editing suite, where video analysts can study training sessions and matches to identify areas in which the team can improve. There's also a 6 x 3 metre hydrotherapy pool with an angled, movable floor and various massage jets and currents that can be used to boost the efficacy of rehabilitation sessions. An iso-kinetic machine in the gym adds further opportunities for injury recovery by allowing injured players to work out and test muscle strength and reactions.

How does the Rangers Training Ground compare to other training centres at the same level?

Following the renovations explained in the last section of the article, the Rangers Training Centre is definitely up there with some of the UK's best training grounds. Its quality is evidenced by the fact that it's been chosen as the base of operations for a number of high-level teams, from the South Korea national football team, who trained there before the 2006 FIFA World Cup, to Inter Milan, who used the centre in February 2015 prior to a UEFA Europa League match against Celtic. Juventus and Blackburn Rovers have also trained there in preparation for European ties against Celtic, a testament to the bitter rivalry between the clubs, with Rangers keen to help other sides gain an edge on their Glasgow opponents.

A first-class facility that has undergone serious improvement in recent seasons, the Rangers Training Centre is easily one of the two best training facilities in Scotland, along with Celtic. It also compares admirably with a number of Premier League coaching centres, although admittedly it probably can't claim to quite reach the standards of new state-of-the-art sites like the Leicester City FC Training Ground, which you can read out in our comprehensive guide. 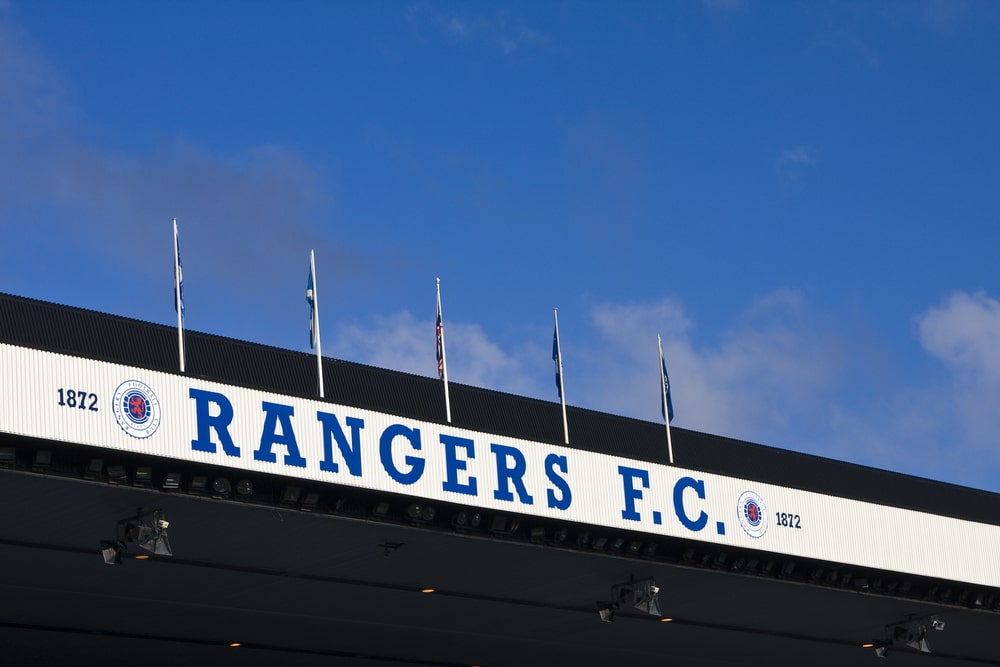 As we've discussed, the Rangers hierarchy certainly don't seem to be sitting still and letting the training ground drop in quality as the years pass. Even in the year or so that former Assistant Coach Michael Beale was south of the border, improvements were made. Managing Director Stewart Robertson revealed in February last year that Champions League qualification would secure a £40 million windfall that would allow the club to invest heavily in the training ground to maintain standards for the seasons to come. Fans would've been delighted then, for multiple reasons, when qualification for the competition was confirmed in August 2022. And while the Glasgow side's performances were disappointing (they finished bottom of a tough group without a single point), their European adventures will have brought in some cash regardless. So what do they plan to do with it?

According to Robertson, "(Champions League money) would allow us to do more around the stadium and there are various plans for the training ground, for example, a second hybrid pitch and a second pitch with undersoil heating to provide greater flexibility during the winter. There are other areas like the academy and women's team we'd like to expand, so it would help us accelerate those." It seems as though the ongoing project of redevelopment at the Rangers Training Centre is set to continue.

If you'd like to find out more about another elite-level British training ground, take a look at our guide to the AON Training Complex, the home of Manchester United Football Club.