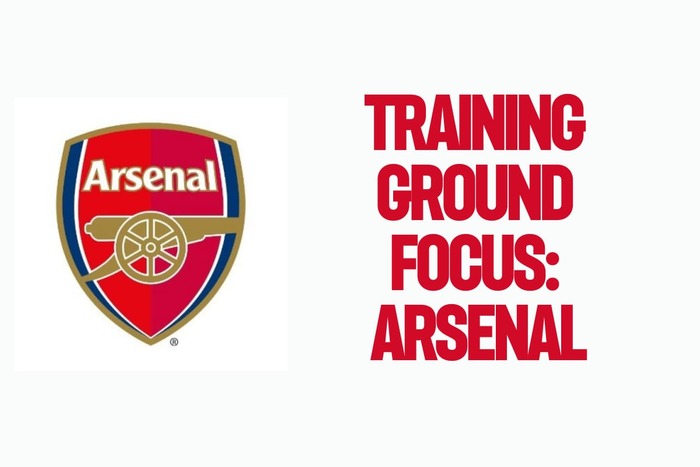 Next time you're watching a football match and you see an intricate corner routine scored, or an individual free kick curled into the top corner of the net, have a think about the origins of those special moments. Inevitably, many of the most dramatic scenes witnessed in elite football are the result of detailed training ground work between coaches and players.

That's why our series on the best training grounds across the UK is committed to explaining the importance of having a strong training set-up. Whether it's the newly improved facilities at Aston Villa's Bodymoor Heath Training Ground or the whopping 140-acre site of Chelsea's Cobham Training Centre, clubs in the Premier League and other elite divisions are constantly looking to take advantage of training ground facilities to achieve on-pitch gains.

In this article, we'll be looking at how that applies to the Premier League's current top dogs, Arsenal. They've had a fantastic start to the season, with the fruits of Head Coach Mikel Arteta's labours becoming abundantly clear to football fans across the world. We'll be exploring the training location of the Arsenal team, providing information on the facilities seen at the ground, the improvements that have been made in recent years, and how it compares to other centres at a similar level.

What is the name of the Arsenal training ground?

The Arsenal training ground is one of the most well-known training locations within UK sport. It's not uncommon for professionals within the game to refer to it in casual conversation, and the impressive nature of many of Arsenal's performances in recent years shows exactly why. So what's the name of Arsenal's training ground?

The North London club train at the Arsenal Training Centre, although this is its official title, and often the ground will simply be referred to as London Colney, after its geographical location. Located around 17 miles from Arsenal's Emirates Stadium near the cathedral city of St Albans, it's tucked away in the Hertfordshire countryside, without being too far away from London.

The local council granted permission for the building of the training centre in 1998. This came after some lengthy campaigning from the legendary former Gunners boss Arsene Wenger, who was committed to helping Arsenal build a purpose-built, club-owned ground with the latest equipment and facilities after his appointment in October 1996.

Amazingly, when Wenger first came in, the club was using the University College London Union (UCLU) Sports Ground, and full training there became impossible after a fire caused £50,000 worth of damage. This was ultimately the trigger for London Colney to be constructed.

Designed by architects Richard Marshall and Dearle & Henderson, with Wenger "heavily involved" in the process, "even down to the kitchens" – a detail that reflects the French manager's innovative measures relating to nutrition in the English game – the Arsenal Training Centre took inspiration from facilities across Europe, including at Auxerre and Bayern Munich.

Ultimately, though, it was built to serve the specific purposes of the high-flying North London club. When it was opened by Sports Minister Kate Hoey on 11th October 1999, it was described by Wenger as a "big attraction" for potential signings. But over two decades have passed since then – so how has the Arsenal Training Centre been improved in those years?

How has the Arsenal training ground been improved in recent years?

We'll dig into the specific details of London Colney's main technical features shortly, but first, let's spend a bit of time discussing the improvements that have been implemented since the initial building work was completed in 1998.

As the importance of player recovery, aftercare, and rehab within the game has become more and more clear, Arsenal's training provisions have adapted. In October 2011, a medical and rehabilitation centre was completed, a section of the site that was tailored to meet the requirements of Arsenal's squad. Within this facility is an anti-gravity treadmill and various other bits of equipment designed to help players returning from injury to focus on specialised work that will get them back on the pitch as quickly as possible.

Another important recent development is the adaptation of pitches; in February 2015, Arsenal ordered in 1,400 m2 of artificial grass from Swiss firm Tisca Tiara, the benefit of artificial turf being that pitches can be trained on regardless of the weather (something that makes sense given the UK's unpredictable climate).

The same year, the club announced broader plans for training ground redevelopment. A raft of improvements included a main building expansion and upgrade, the construction of a player performance centre, and gym enhancements, including brand-new 40m running tracks. On top of this, indoor medical and training facilities were improved to include a spa, a cryochamber (a piece of equipment for cold therapy), and ice baths.

The sale of forward Nicolas Anelka to Real Madrid for £22.5 million in August 1999 was pivotal for more than one reason. Firstly, it helped pave the way for the signing of arguably Arsenal's greatest-ever player, Thierry Henry, who was brought in to replace Anelka later that month. Secondly, and perhaps even more importantly, it was crucial in helping to finance the building of the new state-of-the-art Arsenal Training Centre. 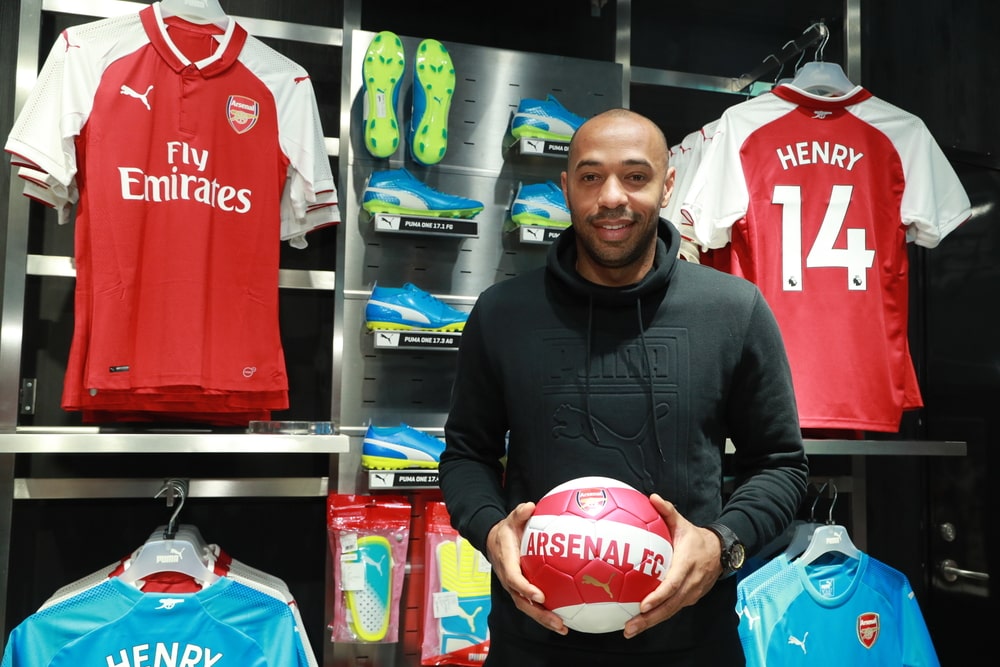 Those extra funds were vital: the project, which transformed a 140-acre site and took around 45 weeks to complete, cost a total of £10 million. Despite attracting some criticism from locals due to environment and catchment issues, it was broadly seen as a successful project, a fact that was reinforced by the England national football team's decision to adopt it as a training base between 2003 and 2012.

The Arsenal Training Centre boasts impressive facilities, including ten full-size pitches, a medical and rehabilitation centre, hydrotherapy and remedial pools, physiotherapy and massage rooms, steam and weight rooms, a sauna, squash and basketball courts, as well as conference rooms, offices, a restaurant, and a TV studio for work with Arsenal TV. In terms of precise size, London Colney sits on a site of around 143 acres, making it one of the largest training grounds in UK football.

All ten pitches at London Colney have undersoil drainage and an automated sprinkler system, while two have undersoil heating to ensure continued use even throughout the coldest of English winters. Perhaps the most impressive technical detail of the construction is that each pitch is built to match the exact playing surface specifications of the Emirates Stadium, where Arsenal have played their home matches since 2006.

Three of those pitches are reserved for the Arsenal youth team, a fact which highlights the club's commitment to its consistently productive academy, while three are used by the reserves and three by the first team, with first-team friendlies and Under-18 fixtures taking place on the tenth pitch.

How does London Colney compare to other training grounds at the same level?

London Colney is widely considered to be one of the most impressive training grounds within UK football. Since it was opened in 1999, redevelopment works have regularly been on the cards, with the higher powers at Arsenal recognising the need to update and upgrade the facility on a consistent basis in order to maintain a high level of performance and stay in line with other top clubs.

This fact was recently evidenced by Evening Standard journalist Simon Collings' claim that Head Coach Mikel Arteta has overseen some important improvements at the Arsenal Training Centre, chiefly the installation of a giant five-metre-tall TV screen next to the pitches at London Colney. This TV is used to play video clips during training sessions, and the Gunners' rise to the top of the Premier League seems to have coincided with the move. Clearly, this is a form of innovation that reflects London Colney's status as one of the UK's top training facilities.

Even regardless of this new installation, the Arsenal Training Centre was already widely understood to be one of the best training facilities in the country. With ten full-sized pitches designed to mimic the playing surface of the Emirates Stadium, plus an extensive range of state-of-the-art indoor facilities including hydrotherapy and cryotherapy equipment, it's a centre worthy of a top club, that's for sure.

Currently, there are no publicly-announced plans to complete any major redevelopment work at the Arsenal Training Centre. Given the large amount of work that was completed in the years following the 2015 decision to overhaul the facility, this is hardly surprising.

However, with measures such as the new giant TV installation coming to the fore in recent months, it wouldn't be a massive shock if Arsenal continue to make various minor improvements to the day-to-day operation of the London Colney site. After all, being successful at the highest level requires a constant ability to adapt and upgrade.

If you want to learn more about the various training centres used by elite clubs across England, you're in the right place. For a guide to Bodymoor Heath Training Ground, the training centre for Premier League side Aston Villa, head here.