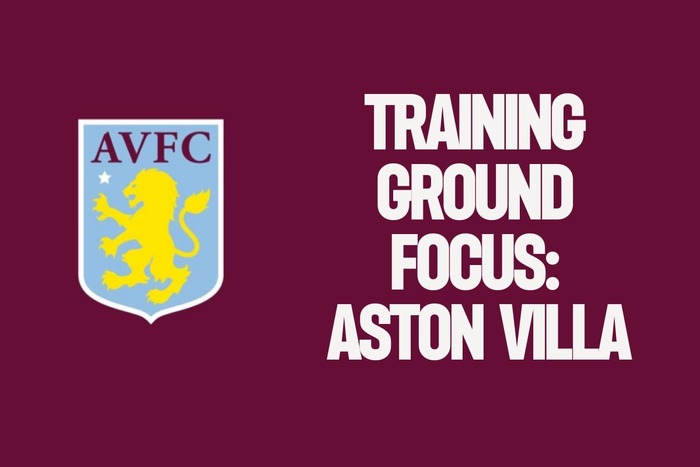 In recent years, Aston Villa's billionaire owners Nassef Sawiris and Wes Edens have invested heavily in the playing squad in a bid to establish the side as a Premier League mainstay with the ability to challenge for European competitions. However, it's not just on the pitch that they've been splashing the cash. Significant investment has also gone into the club's coaching set-up.

In this article, we'll be exploring how Aston Villa set the foundations for their Premier League performances at their training ground base. We'll give you a brief history of the training centre, before diving into some key details on how it's been improved recently, and exploring the exact facilities it includes. We'll also get on to any plans the club has for future development. But let's begin with the basics.

What is the name of the Aston Villa Training Ground?

Aston Villa's training ground is called the Bodymoor Heath Training Ground. Named after the Bodymoor Heath area in which the site is located, the ground sits in the North Warwickshire countryside, just under 13 miles to the northeast of the Villans' home stadium, Villa Park. Used by both the first team and the academy, it's the go-to spot for all Aston Villa's coaching needs.

Sat next to the Fazeley Canal near the town of Fazeley in the Tame Valley, it's one of the Midlands' more rural spots, and over the years, various players have taken advantage of its location and chosen to live nearby. For many years, it was farmland, before then-Villa Chairman Doug Ellis purchased the land from a local farmer in the early 1970s, and the team moved from their former site at Trinity Road, Aston.

By the late 1990s, however, the Aston Villa training ground was beginning to look pretty dated. Serious investment became a priority, with Villa's manager at the time, John Gregory, criticising Doug Ellis for being "stuck in a time warp". Well, they're certainly not living in the past anymore — the training ground has undergone significant improvement since that point. Let's take a look at some of the major differences.

How has the Aston Villa Training Ground been improved in recent years?

Until the mid-2000s, the Aston Villa training ground was lagging behind many of its competitors. Due to a lengthy mission to secure planning permission, it wasn't until November 2005 that the club announced an £8m redevelopment project, despite the fact that concerns around the site had been discussed for a number of years.

That particular project was completed in 2007, with the modernisation work eventually totalling around £13m. However, it wasn't long before this redevelopment, which had to be scaled back due to below-par Premier League finishes and subsequently reduced budgets, started to look insufficient. In March 2019, plans were submitted for a serious expansion of facilities, and just over two years later, the results were clear for everyone to see.

In May 2021, Aston Villa celebrated a significant expansion to the site, opening a new £6m High Performance Centre that brings their sports science, strength and condition, rehab and sports therapy facilities in line with "elite 21st-Century standards".

His Royal Highness The Duke of Cambridge was at Bodymoor Heath on Tuesday to open our new High Performance Centre and learn more about the @AVFCFoundation's outstanding community outreach work. 🎥 pic.twitter.com/FjYm2i58kv

The High Performance Centre, allegedly inspired by NFL franchise Minnesota Vikings' Twin Cities Orthopedics Performance Center, is packed with elite-level equipment. The two-storey building features a massive state-of-the-art gym on the ground floor, as well as an indoor 50-metre running track, a match analysis room, a sand box, and various meeting and treatment rooms. The club's performance and medical staff are housed on the second floor of the building.

Positioned in front of the first-team training pitches, it was built in just over a year, following the granting of planning permission by North Warwickshire Borough Council in March 2019. Christian Purslow saw it as a huge step forward for the club, stating "Creating a high-performance culture needs the right facilities. The mission of the Aston Villa Board since the summer of 2018 has been to bring our performance, strength, conditioning, rehabilitation and sports therapy functions up to 21st-century standards."

He added, "The High Performance Centre will be used not only by our men's first team, but our women's team together with our boys and girls in the Academy, all of whom are based here at Bodymoor Heath."

Those improvements came on top of a raft of other building projects, with a new £14m Academy base being completed at Bodymoor Heath in 2020.

Aston Villa's Bodymoor Heath site offers plenty of playing space, as well as room for an array of other crucial activities, from medical assessment to gym work. But how big is it?

In total, the site is around 61 acres, with this land offering space for nine grass pitches and two synthetic turf pitches, as well as a range of other facilities. There's a fully synthetic 100m athletics sprint track, pitch floodlighting, a 100-space club building car park fitted with electric vehicle charging points, plus a 180-space overflow car park for busy match days.

A 500-seater match complex is another key facility that the club is extremely proud of. Designed so that the Under 23s, Aston Villa Reserves, and Women's teams can play all their home games at the Academy under excellent playing conditions, the mini stadium is taken advantage of by teams across the board. 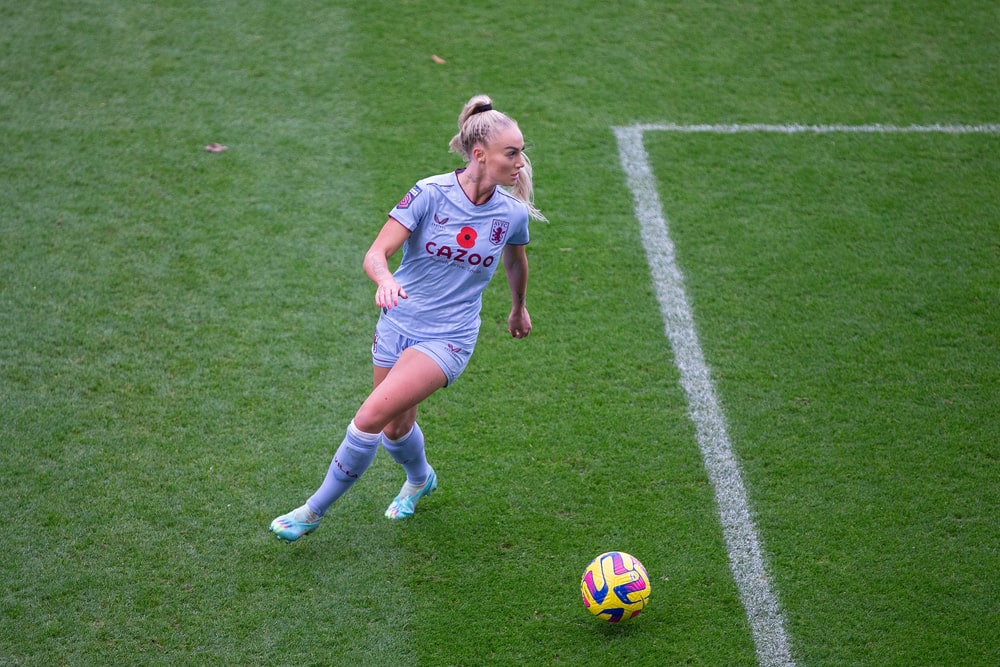 Recent developments have taken environmental issues into account, a necessary measure given the nearby ecologically important sites, such as Middleton Pool SSSI Site for breeding birds, and the local priority woodland and swamp areas. An additional 32 acres of landscaping to the surrounding area was completed by the architects, O'Brien contractors, to ensure the new facility didn't have a negative impact on local wildlife habitats.

Over the years, at least £27m has been spent on improving the Bodymoor Heath Training Centre and bringing its key facilities up to date. So as a result of that work, how does the ground compare to other training grounds at the same level?

How does the Bodymoor Heath Training Ground compare to other training grounds at the same level?

Aston Villa's training ground is widely considered to be one of the best in the country, fully aligning with the club's aim of having men's and women's teams that are capable of regularly competing to reach European competitions.

The new £6m High Performance Centre is central to the facility's ascent to the top end of the UK's training grounds — a recent roundup by Sports Brief ranked Aston Villa's Bodymoor Heath Training Ground as the ninth best in the country.

Villa's Chief Executive Christian Purslow, who has played a central role in the club's ambitious new strategy in recent seasons, is certainly confident in how the centre ranks against competitors. Upon the opening of the new High Performance Centre, he told the media: "The training complex is now one of the finest in UK sport."

Given the improvements made to the Bodymoor Heath Training Centre, you'd be forgiven for thinking that the West Midlands club's work is done. However, you'd be wrong.

The club has also recently submitted plans for an 'Inner City Academy' in Birmingham. Given Bodymoor Heath's rural location, this seems a sensible way to provide accessible playing opportunities to kids in Birmingham who may struggle to access Academy facilities. That planned facility is intended to cater for young people from the inner city areas of Aston, Witton, Perry Barr, Kingstanding, Erdington, Handsworth, and Nechells. Planning permission was granted for the facility last May, with the final tenders now in. Included within this site will be a full-size indoor 3G pitch, an outdoor 3G pitch complete with floodlights, and a purpose-built two-storey building housing six changing rooms, an office, and a lounge for players and parents to kick back in.

It's important to note that building work in recent years has also been impacted by the government's HS2 project, with the new high speed rail set to go through the corner of the Bodymoor Heath site. As such, the club were able to receive compensation from the government, which is due to fund the new Academy.

According to Purslow, "Under the law associated with those major civil engineering projects we were able to show what we would be losing and that HS2 would be required to replace that."

It's possible that funds could be sent into other areas of training ground expansion, too. After all, if Villa does manage to achieve its goal of establishing itself as regular European competitors, who knows what's in store? Regardless, what's without doubt is that the West Midlands club currently has one of the best training facilities in the entire country.

Want to find out more about how football clubs across the land are expanding their training grounds as part of a long-term vision? Our guide to the Lotus Training Centre, Norwich City's base, provides a detailed look at another training ground that has come a long way in the last few years.