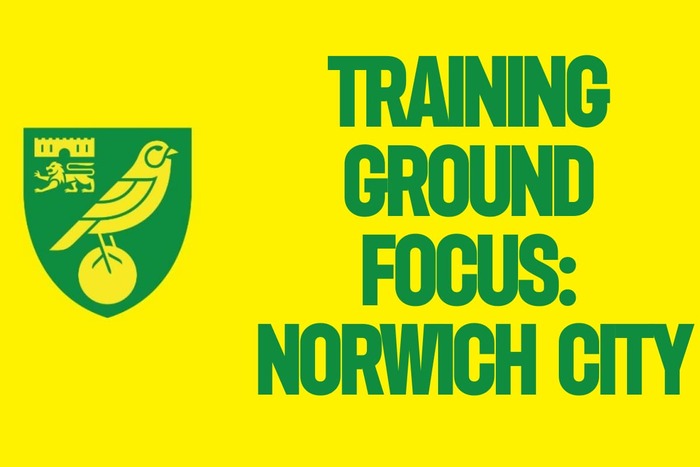 Ever wondered what goes on behind closed doors at the many elite training facilities used by professional footballers all over the UK? Social media has given football fans more access to footage and photos of training sessions, but many people are still unclear about exactly what facilities their favourite players are using on a day-to-day basis.

In our quest to provide as much knowledge as possible on all the behind-the-scenes action that takes place at the UK's football clubs, from staff appointments to the rise of set-piece coaching, we're hoping to change that. Our Training Ground deep dives will focus on a new club in each article, introducing readers to the training ground they use and exploring all the key information you need to know about the facilities available there, the improvements and renovations that have taken place over the years, and any plans for future expansion.

In this article, we'll be looking into the training ground of Norwich City, a club that have established themselves firmly within English football's "Top 26", consistently challenging at the top of the Championship and regularly winning promotion to the top flight. How has the club's training ground contributed to their ability to succeed in spite of a self-funded model?

What is the name of the Norwich City Training Ground?

The Norwich City Training Ground is officially called the Lotus Training Centre. Located in Hethersett, a few miles south-west of Norwich City centre, it's been the club's primary coaching location ever since 1995, when they moved over from their outdated facilities in Trowse.

For supporters that have followed the club for a number of years, they're more likely to refer to the facility simply as "Colney", due to the fact that the training ground was formerly called the Colney Training Centre, up until very recently. However, when Norwich City signed a new deal with Norfolk car-maker Lotus (who sponsored the club during the 2000s) in 2019, the decision was taken to rebrand Colney as the Lotus Training Centre. The club have also worn the Lotus brand as their primary shirt sponsor during the last two seasons.

The Lotus Training Centre was officially opened by owners Delia Smith and Michael Wynn-Jones in Autumn 2021, and hailed at the time as one of the country's most highly-developed modern training grounds. This unveiling gave members of local and national media the opportunity to see a number of new improvements that have been key in convincing players to sign in recent years. So what were they? Let's explore some of the key changes.

How has the Norwich City Training Ground been improved in recent years?

During the past five years, various improvements have been made to the site near Hethersett, with a new academy building, gym and first-team facilities being installed, alongside the addition of state-of-the-art new pitches.

Another key improvement in the installation of a brand new SoccerBot360 system, which has now been in place for the past 2 seasons. Norwich City are the first club in the UK to have this system, which uses a 360-degree projector screen and computer programmes to test players on a variety of cognitive, scanning, and passing skills in a controlled environment.

According to John Iga, Norwich City's Head of Data, Strategy and Innovation, "The SoccerBot gives an opportunity to train key skills for future elite performers in a controlled environment and allow us to manipulate key variables and improve cognitive skills. We can be really laser precise in terms of prescribing activities for them specific training programmes." You can find out more about the SoccerBot360 in this video:

And that's not the only major improvement that's been made in recent years. Assistant Sporting Director Neil Adams (a former player who made nearly 200 league appearances for the club in the 1990s) has been vocal in his praise for training ground developments.

"When we came here 20 years ago they were good facilities, but they became very dated and tired," he said. "In the last four or five years it (the training ground) has been transformed, literally in every building and every department.

"It is a complete change from what it was five years ago. The new gym, the new academy building, the new restaurant facilities, the new first team facilities and the pitches as well."

A testament to the size of these developments came during summer signing Isaac Hayden's tour of the training facility on the club's YouTube channel, in which he was surprised by how different it looked to when he'd played there at youth level. It's clear that things have changed a fair bit since then.

The installation of new pitches has been key to the growth of the Lotus Training Centre in recent seasons, and there is now a huge amount of dedicated, well-maintained space for players to practise in. With 6 full-size pitches and numerous other spaces to train and practise, it's a large facility, with a mixture of grass fields and 3G surfaces capable of providing coaching space whatever the weather (which in the UK, is certainly a useful thing to be prepared for).

One of those new coaching spaces that won't be affected by the weather is the SoccerBot360, an 80-metre square pitch area surrounded by a 360 degree video wall onto which images are projected. The club forked out £750,000 for the system to be installed, becoming the UK's first club to do so.

Outside on the grass, the main first-team training pitch is flanked by a 150-seat stand, and alongside the main pitch is a short but steep slope used for high-intensity sprint practice. There are 6 state-of-the-art pitches, including outdoor 3G pitches and an indoor 3G pitch dome structure used by the academy team. This dome pitch could be in line for a revamp in future, as it's one of the older elements of the training ground.

How does the Lotus Training Centre compare to other training grounds at the same level?

The Lotus Training Centre is widely considered to be on par with most top-half Premier League club training facilities, despite the fact that the Canaries are currently playing their football in the Championship. This is a result of several years' worth of serious improvement that has dragged Colney up from being a middling second tier quality structure to a premium coaching facility.

The quality of Norwich City's training ground is a key draw for prospective signings, which is important given the club's status as a self-financing club that struggles to compete with the wages handed out at other top Championship and lower Premier League clubs.

Data, Strategy, and Innovation leader Jon Iga has insisted that "the training ground is part of the recruitment. If players can see an environment that they they can develop in that might be the small nugget that helps us sign the next player. So these facilities are key in terms of our player recruitment."

In recent years, this attitude has helped recruit the likes of Emi Buendia, Teemu Pukki, Tim Krul, and a number of other players who have gone on to have successful careers with the club. Viewing their training facilities as a crucial aspect of not just coaching but also recruitment certainly seems to be a winning strategy.

One key aspect that has helped guide the Lotus Training Centre's development is sustainability, which will also play a big role in any future work that's done. Sustainability has been a big part of the recent revamps, and in terms of the training ground's green credentials, it's up there with the best around. A high-tech pitch irrigation system helps save water, new buildings use renewable materials and solar panels, and a newly-planted vegetable patch helps grow sustainable local produce for the canteen.

The recovery hub will include a swimming pool, with additional aqua therapy areas, including hot and cold recovery baths, an underwater treadmill, and camera systems to monitor movements.

Business and Projects Director Zoe Ward plays a crucial role in organising and leading this type of expansion work. “This latest stage of planning at the Lotus Training Centre will see the introduction of an administration and media provision, as well as a state-of-the-art recovery and hydrotherapy facility over the coming years," she said.

“We’re extremely proud to have one of the leading training facilities across the country. This next step of development is another important step towards building a successful long-term future, both on and off the pitch.”

Long-term planning has indeed guided all of the work completed on the Lotus Training Ground in the last 5 years. As the club look to establish themselves as a consistent Premier League outfit going forwards, they'll be hoping that these training ground developments will continue to pay serious dividends.