Staff Roundup: The Key Appointments In World Football This Week 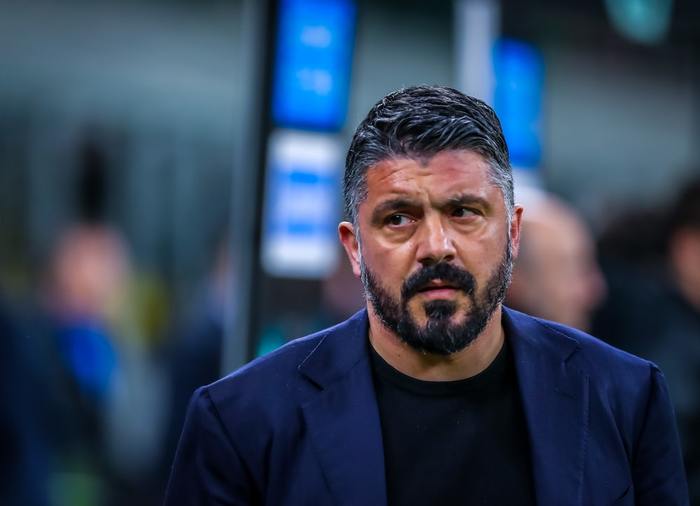 As the summer transfer window kicks off, rumours surrounding the world's most high-profile players continue to circulate. Will Raheem Sterling move to Chelsea in search of guaranteed playing time? Is Bernardo Silva on the way to Barcelona, and might Frenkie De Jong be heading in the other direction? It's always an exciting time of year, and the approach of a World Cup at the end of 2022 only intensifies this feeling.

It's not just players, either. Behind the scenes, there have also been some interesting recent developments. That's why in this article, we'll guide you through some of the key appointments of the last week, from boardroom level down to more dedicated coaching roles. Read on for our world football staff roundup. 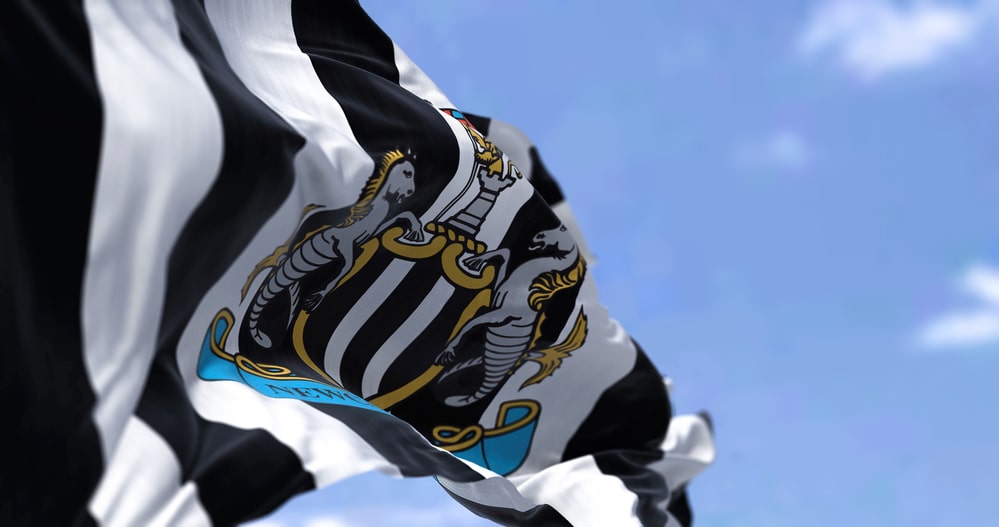 It's no secret that Newcastle United will be looking to seriously push on from last season and make the most of their new Saudi investment in the 2022-23 campaign. What might be more surprising is their first big splash in terms of recruitment this summer doesn't involve any players.

This week, Dan Ashworth commenced his role as Sporting Director at the Tyneside club, after leaving his job as Technical Director at Brighton & Hove Albion. Ashworth will be responsible for the club's overarching sporting strategy, football development and recruitment at all age levels, and he'll be working closely with Head Coach Eddie Howe, Academy Manager Steve Harper and Head of Recruitment Steve Nickson.

Ashworth is a very respected name, regarded as one of English football’s finest strategists and leaders. This fact is evidenced not just by Brighton's success during his three-and-a-half years in charge, but also by Newcastle's payment to Brighton of a compensation figure exceeding £1m. This meant that the appointment required approval from the Premier League, which was granted last week.

Formerly Director of Elite Development and then Technical Director with the FA, Ashworth oversaw the introduction of the England DNA and made various other improvements across a number of England age ranges. This six-year period was sandwiched by Director positions at West Brom and Brighton, with whom he solidified Premier League status impressively.

Speaking about the new role, he said, "I’m excited to start work immediately and look forward to being part of a team that is helping the club to grow and achieve long-term success."

As result of the move, current Assistant Technical Director and former Rangers, Everton and Scotland defender, David Weir, makes the step up to fill the empty slot left by Ashworth.

Another exciting piece of staff news is that former England coach Allan Russell has joined Championship side Norwich City as the club's first-ever set-piece specialist. The 41-year-old worked with England as a forwards coach from 2017 to 2021, playing a key role in the development of innovative attacking set-pieces during the 2018 World Cup. He occupied the role of assistant manager at Aberdeen in the 2021/22 season, but has chosen to move to the newly-relegated Canaries, who will be hoping to achieve a 3rd consecutive Championship promotion.

Norwich boss Dean Smith has a history of working closely with set-piece coaches, so this appointment makes sense. At Brentford, he worked with Nicolas Jover and Andreas Georgson, two of the foremost pioneers of this specialist role. He then brought in Austin MacPhee in a similar capacity while managing Aston Villa, and it seems clear that the coaching world has noticed these efforts to encourage specialist decision-making.

"The opportunity to work with Dean, Craig (Shakespeare) and the rest of the staff, with the aim of securing promotion back to the Premier League, was a big draw for me", said Russell of the move. And this looks like a shrewd bit of business from all angles; financially, Norwich can't compete with the majority of 'Top 26' sides, so these kinds of marginal gains are crucial. For more information about the growth of specialist set-piece coaching across football, check out our article on Brentford's innovative set-piece coaching methods, which explores this phenomenon in more depth.

Championship side Blackburn Rovers have announced an exciting appointment that they hope will give them an edge when it comes to competing for the play-offs next season. After a strong winter period, Rovers faltered during the latter stages of the 2021-22 campaign, eventually finishing 8th, 6 points off the play-off places. Gregg Broughton will hope to take them to the next level.

Since November 2017, Gregg Broughton has been Academy Director at Norwegian side Bodø/Glimt, a club renowned for using innovative strategies in coaching, performance, and player development. Prior to taking up his role in Norway, Broughton was Academy Manager and Head of Academy Recruitment at Norwich City (where he brought through the likes of Max Aarons and Jamal Lewis) and Academy Manager at Luton Town.

Director of Football is a newly created position at Blackburn, with Broughton taking responsibility “for the club’s overarching football strategy, that will include the first team, Academy, recruitment, medical, athletic performance and analysis.” No. 1 priority will be finding a new head coach, after the departure of Tony Mowbray last month. With an impressive CV spanning a range of clubs, it will be interesting to see what Blackburn's new Director of Football can do in this role. 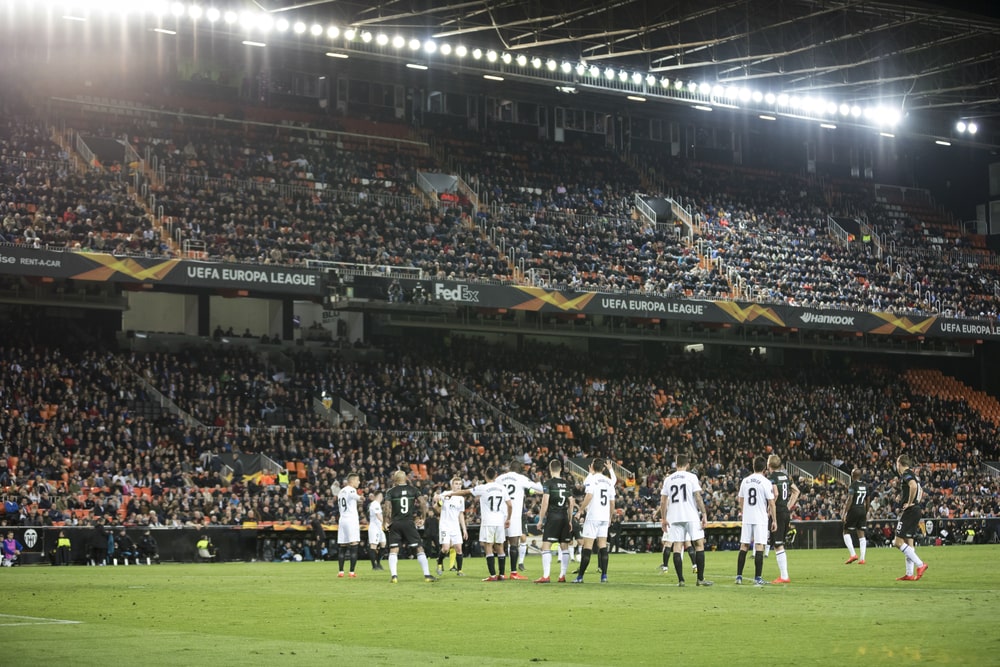 Former Italian international Gennaro Gattuso was known for his stamina, tackling, and defensive skill as a central midfielder for AC Milan, where he won a stack of trophies. During his managerial career, though, he's gained a reputation for stylish attacking football.

An 18-month spell at Napoli from 2019 to 2021 saw him lead the Southern Italian side to triumph in the Coppa Italia but ultimately fail to qualify for the Champions League. Last summer he was appointed head coach of Fiorentina, but his contract was terminated before his work ever even began. He'll be hoping that his newly-announced role at Valencia CF will last a little longer.

Gattuso will replace José Bordalás as Head Coach of the La Liga side, who finished 9th last season and will be aiming for a better effort in the 2022-23 campaign. A return to European football will be the goal.

This week also saw Bundesliga side Hertha BSC appoint Thomas E. Herrich as a new managing director. Previously the club's in-house lawyer, Herrich might seem like an outside shot, but the 58-year-old knows the club inside out, having been there for 18 years. His experience as a competitive athlete, economist, lawyer, barrister, and sports market professional has proven more than impressive enough for Hertha's executive committee.

The appointment comes off the back of a difficult campaign for the German club. After finishing 16th, they only guaranteed their Bundesliga status thanks to a relegation play-off win over Hamburger SV. Working alongside experienced German manager Felix Magath, Herrich will hope to encourage some serious progression up the table.

After a successful spell at League Two club Swindon Town, 42-year-old English coach Ben Garner has moved up a division to South East London club Charlton Athletic, who finished 13th after a disappointing 2021-22 campaign. Meanwhile, Garner's Swindon side made it to the League Two play-off semi-finals and were the division's top scorers. It's clear then, why his services have been requested at The Valley.

On the appointment, Charlton owner Thomas Sandgaard said: "We are obviously striving for a much better season. We will have the best chance of success by creating more chances and scoring more goals than we did last season. Ben's track record for playing attacking football matches that."

Crawley Town will be hoping that Betsy's extensive work within elite youth football will allow him to take the club further up the table than last season's 12th-placed finish. Given the news that Arsenal are reported to be frustrated by the blow of Betsy leaving, his new West Sussex club may be thinking that they've picked up a gem here.