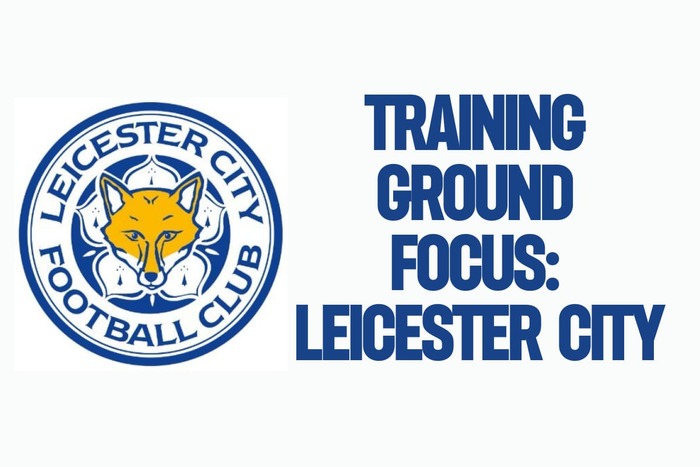 Leicester City Football Club has produced some extraordinary moments of drama within the last few years. From their incredible 2015-16 title-winning campaign to the massive FA Cup final victory over Chelsea in 2021, they've done a fantastic job of punching above their weight to rival the richest, most successful clubs in the land. As part of that journey, they've developed elite-level players such as James Maddison, Wesley Fofana, and Youri Tielemans, who have all attracted interest from top clubs across Europe.

One aspect of the club's daily operation that has been crucial in this upward trajectory is the work that happens on the training pitch. And recently, Leicester City experienced big boosts in this regard. In this article, we'll be explaining exactly what's been done to make sure that players have access to the finest facilities and coaching set-ups around.

We'll talk about the size, dimensions, and facilities on offer at the Leicester City training ground, as well as comparing the site to the training centres of rival clubs. By the end of this article, you'll have a strong idea of just what the Leicester City coaching site offers its players.

What is the name of the Leicester City Training Ground?

It is simply known as The Leicester City Training Ground and is one of the most modern facilities in English football. Unveiled in 2020 and used by the first team for the first time on Christmas Eve of that year, the new training ground replaced the Foxes' home since 1964, the Belvoir Drive, which is now used solely by the club's Women's Team.

The newest ground used by any Premier League club, the project cost a whopping £100 million to build. Situated in Seagrave, North Leicestershire, the new site sits around 10 miles from the King Power Stadium, Leicester's home ground. Built on the site of the former 185-acre Park Hill golf course off the A46, it realised the plans of Chairman Aiyawatt Srivaddhanaprabha's late father Vichai, whose vision it was to transform the former Leicester golf course into a futuristic top-level facility. But what's the ground called?

The Leicestershire club went for a very simple option when naming their new training centre: The Leicester City FC Training Ground. However, they have also built in a dedication to one of the most iconic figures in the club's recent history; the site's Main Building, its primary location for training, medical, and administrative hub for the First Team and Academy, is called the Vichai Srivaddhanaprabha Building, after their old owner, who died tragically in a helicopter crash at the King Power Stadium in 2018.

How has the Leicester City Training Ground been improved in recent years?

Given the brand-new nature of this state-of-the-art facility, this question doesn't really apply in the same way that it would for sites like Norwich City FC's revamped Lotus Training Centre or Aston Villa's newly revitalised Bodymoor Heath Training Centre.

The Leicester City FC Training Ground is a brand-new building, with construction only started in spring 2019, so it's not exactly like it needs refreshing any time soon. This is only reinforced by the fact that the construction process was very lengthy and difficult. Project leaders McLaren Construction said of the build: "We have overcome some of the most challenging weather in recorded history, and of course restrictions due to the COVID-19 pandemic. Yet despite this, we have delivered what the club set out in their vision, part of an important and emotional legacy since the sad passing of owner Vichai Srivaddhanaprabha in 2018."

That being said, given the forward-thinking nature of the club, don't be surprised to see some significant additions implemented in the coming years. That's all speculation though - so what are the exact facilities on offer at the site right now?

The LCFC Training Ground includes a vast array of high-tech features that any club would be proud to have on offer. On the huge 185-acre site, there are 21 playing surfaces, including 14 full-size pitches. There's a 499-seater floodlit main pitch, which means a good deal of spectators can fit in to watch youth team, reserves, or first-team friendly matches.

Designed by KSS Group, the same architects behind Liverpool, Tottenham and Brighton's training facilities, the Leicester City Training Ground is without doubt one of the country's finest training locations, with  every minute detail of the site taken into consideration. Leicester City FC has constructed a league table that ranks different types of grass seed and led a collaboration with the European Space Agency to turn the 600 tonnes of grass cuttings produced from the 21 playing surfaces into fuel. Local wildlife is also a key issue, with Head of Sports Turf and Grounds John Ledwidge becoming a license holder to take responsibility for protecting the protected newt population on the site, and over 20,000 new trees have been planted across the grounds. The club canteen also uses produce from the vegetable and herb garden at the back of the building.

In total, there are 7 buildings, including the King Power Centre and Sports Turf Academy. Throughout the various offices, conference rooms and recreational areas, there are 200 televisions, as well as 30 bedrooms provided for overnight stays of players and staff.  At the central point of the site is The King Power Centre, which houses an indoor pitch and media centre, but probably the pride and joy of the new site is the Vichai Srivaddhanaprabha Building, which is the centre's main training, medical, and administrative hub for the first team and academy. These buildings contain elite sports science and medical facilities including cryotherapy chambers, hydrotherapy facilities, and a bespoke gymnasium.

The playing surfaces are a huge improvement on the turfs at Belvoir Drive, where the pitches each had different characteristics, due to their being built at different times. As a result, faster players would want to train on different pitches to slower runners. Those issues have been resolved by the consistency seen across the LCFC Training Ground's pitches. And within the 21 surfaces that make up the ground, there are two show pitches for use in selected matches by the Development Squad, Academy and LCFC Women.

For when everyone's had enough of playing football, there's also a private nine-hole golf course on the enormous former Park Hill Golf Club site. The course is rarely used due to the 1km distance between the 4th green and the 5th tee, but kept as a special treat for players and staff. This feature certainly adds a sense of uniqueness to the Leicester City Training Ground.

How does the Leicester City FC Training Ground compare to other training centres at the same level?

According to manager Brendan Johnson, the new Leicester City Training Ground is a broader reflection of "the most significant investment in the club's history, if you think of everything they've done, the club's owners, since they've been here". He called the site "one of the most advanced facilities in the whole world", and it's hard to disagree with that - the training centre certainly seems as though it's good as any other in the country.

Johnson has gone on to say "The essence of Leicester City - and I've really found this since I've been here - is a genuine want to develop people and help people, whether you're a player or a member of staff." And development is ultimately the name of the game. As Leicester are unable to compete with the vast budgets of clubs like Manchester City and Chelsea, their formula for success is developing world-class players that they're then able to sell on for huge profits. With the new Seagate site, they've built themselves a prime hub for completing this crucial coaching work. As McLaren Construction Operations Director Dan Brister said in the aftermath of the build, "We achieved what the club set out to create and they now train in one of Europe's most advanced facilities, one that rivals any other club in the Premier League."

After putting in so much work and splashing a huge amount of funds on the state-of-the-art new training facility in Seagate, it would seem mad for Leicester to be making any dramatic plans for the future. With futuristic features and a vast array of innovative details like the inclusion of individual rooms for players to check into each morning and receive their schedule for the day, this is a training ground built for the future.

That being said, as the game moves on and the team continue to compete at the highest level and try to challenge above their station, they will surely look for any more marginal gains that can be found by making improvements and adjustments to the site of their daily coaching work.

Our deep dive into the impressive new Seagate facility is just one of several articles we have on elite training grounds across the UK. For some more interesting content on the importance of a high-quality training centre, check out our article on Aston Villa's main site, the Bodymoor Heath Training Centre.