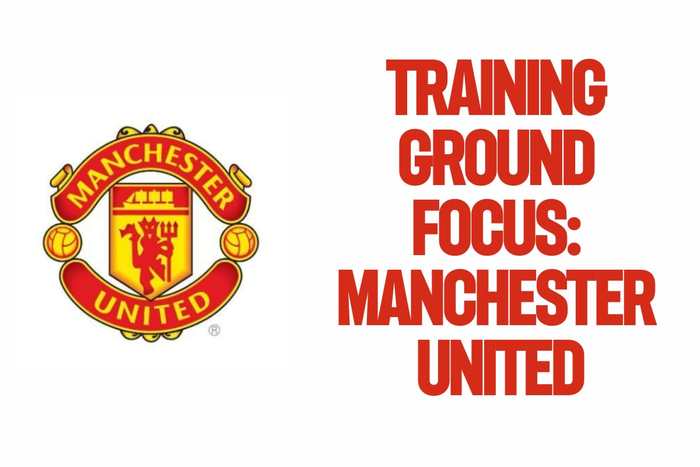 The last ten years have been a difficult period for Premier League giants Manchester United. One of the world's most popular and successful football clubs, they enjoyed unprecedented success under Sir Alex Ferguson during the 1990s and 2000s; however, his departure has led to an ongoing period of transition in which discontent has been rife and trophy wins have been few and far between.

Despite some improvements having been made under the leadership of new manager Erik ten Hag, there are still areas of concern for the Manchester club. One crucial facet of the club's day-to-day running is its training ground, which has come under criticism from some factions recently. In this article, we'll discuss that criticism, while also providing comprehensive information about exactly what facilities there are at the Manchester United training ground. We'll explain when the site was built, and how it has been improved over the years.

As part of our broader series on the training centres being utilised by the UK's best clubs, we'll also compare the Manchester United centre to other grounds at the same level. But first, let's start with the basics…

What is the name of the Manchester United training ground?

Most people tend to refer to the Mancheser United training ground by the name 'Carrington', due to the fact that it's situated near the village of Carrington in Greater Manchester. However, its official title is the AON Training Complex. This has been the case since April 2013, when AON, a British-American insurance firm who sponsored the Red Devils between 2013 and 2021, were given naming rights to the centre in a deal worth £180 million.

Constructed in 2000, the site is also often referred to as the Trafford Training Centre, its official title before the deal with AON was signed. It replaced The Cliff as the club's training ground, with the former site having been the home of the club's coaching activities since the 1950s. However, former manager Sir Alex Ferguson felt that The Cliff wasn't cut out to be a high-level Premier League training facility, with one particular issue being the site's lack of privacy, with the gates largely open to journalists, opposition scouts, and supporters. The AON Training Complex is the exact opposite, but more on that later.

Situated less than 10 miles from Old Trafford Stadium and constructed with a budget of £22 million (with tens of millions more spent further down the line) the Carrington training ground is a top-level ground. But how exactly has it been upgraded during the past few years?

How has the AON Training Complex been improved in recent years?

It's rare that top clubs will allow their training facilities to stagnate over time; investment is vital if teams are to continue competing at the highest level. Since the days of Andrew Cole, David Beckham, and Teddy Sheringham, the Manchester United training ground has certainly changed.

In 2012, for example, work began on a new £25 million facility that was completed the following year. This included a state-of-the-art new hospital wing and sports science department for player recovery and recuperation, plus treatment rooms, offices for doctors, physiotherapists, sports scientists and dieticians. One standout detail of the development was a £13 million investment in medical equipment for the facility from Manchester United sponsor Toshiba Medical Systems Corporation. With x-ray computed tomography (CT), magnetic resonance imaging (MRI) and ultrasound scanners plus other high-tech screening equipment that tends to be reserved for hospitals, this new sports hospital wing is one of the best around.

The Main Building of the AON Training Complex was also extended and upgraded in 2013, which was a big year in terms of redeveloping the Carrington site. However, since then, there hasn't been a huge amount of movement in terms of improving the ground.

While it may not be quite as large as certain training centres within UK football, for instance Chelsea's 140-acre Cobham site, the AON Training Complex is still a pretty large site. Carrington covers a total area of around 108 acres, although only 85 acres are used by the club. Occupying those grounds are a total of 14 football pitches, from full-size to slightly smaller pitches.

12 of these pitches are grass, and they're equipped with drainage, irrigation sprinklers, under-soil heating, and floodlights. Meanwhile, there's also one full-size outdoor floodlit and heated all-weather pitch with an artificial turf, plus a full-size indoor floodlit and heated AstroTurf pitch, as well as a special goalkeeper training area thrown in for good measure. In order to ensure that players are training on the same surface as the pitch at Old Trafford, Desso GrassMaster are employed to produce the playing surfaces. In the unused 23 acres on the site, there's a small nature reserve that the club look after alongside the Cheshire Wildlife Trust, as well as two ponds that are used as part of the waste water treatment system.

Much of the first team's daily work is completed in the Main Building, in which there is a large gym, a rehabilitation training hall, indoor running tracks and squash and basketball courts, a weights room, a 25-metre swimming pool, plus a spa pool, hydrotherapy pools, underwater treadmills, a sauna and steam rooms, and other facilities designed specifically for optimum long-term rehab, post-game recovery and pre-match preparation.

It's also worth spending some time speaking directly about the Academy Facility, which was opened a couple of years after the grand opening of the ground in 2002. Alongside the two full-size AstroTurf pitches we've already mentioned, which are both housed in the training centre's Academy wing, this section of the site also has 11 dressing rooms, a visitors and parents lounge, staff training rooms and an MUTV television studio. Alongside Manchester United FC Under-21s, the primary occupants of the Academy Facility, this section of the ground is also used by young students at Manchester United Soccer Schools.

How does the AON Training Complex compare to other training grounds at the same level?

Perhaps what most sets the AON Training Complex apart from other Premier League training grounds is its sense of seclusion; Carrington is widely considered to be one of the most secretive and secure sports training facilities in the whole of Europe. In fact, such is the importance of security that members of the media and local community have nicknamed the complex "Fortress Carrington".

Key features include a 2.4 km (1.5m) long, 8 metre high security wall, video surveillance cameras, intrusion detection systems, plus around 30,000 trees planted strategically to restrict visibility around the grounds. On top of all this, the centre is also staffed 24/7 by a security team, whose roaming patrols ensure that no one can gain access without authorisation. Some supporters may find the level of security harsh; fans are banned from entering the site, or even requesting autographs and photographs from players outside it. These features were implemented largely in response to the comparative insecurity of their former location The Cliff, where Sir Alex Ferguson was famously unhappy with the ease by which journalists, fans, opposition spies, and locals were able to gain access to players, coaches, and officials.

Aside from the security measures, it's important to consider the quality of the training facilities at Carrington in comparison with other Premier League clubs. During the last few years, Manchester United have often seemed like a club in turmoil, and alongside areas of operation such as recruitment, coaching, and board level decision-making, the state of infrastructure and facilities at the club has been one of the main aspects of the club that has faced criticism externally. For some, there has been a failure to investment that has led to facilities such as the AON Training Complex falling below the standard of other top Premier League clubs, reducing United's ability to compete with sides like Manchester City and Liverpool.

Manchester United and England player-turned-pundit Gary Neville has been one of the most vocal critics of Manchester United's infrastructure in recent years. While discussing the impact of the Glazer family's ownership of the club on Sky Sports, Neville described United's stadium Old Trafford as "rusty and rotting", before going on to say that the Glazers "are struggling to meet the financial demands that this club needs".

In his now infamous interview, Cristiano Ronaldo felt there had been little change since his first spell at the club

"If you think about the Manchester United football club they picked up in 2004, it had the best stadium in the country, one of the best in Europe, it had the best training ground in this country, and probably one of the best in Europe," he said. "If you look at the club now, the stadium behind the scenes is rusting and rotten. The training ground, it's probably not even the top five in this country."

For fans of the Red Devils, comments like this can be worrying. So are the club making moves to try and catch up with their noisy neighbours Manchester City, and other Premier League clubs with elite-level training facilities?

Upgrades have been planned to attempt to combat the concerns of high-profile commentators such as Gary Neville and more recently, Cristiano Ronaldo. However, many Carrington critics would have been disappointed to hear earlier this year that Manchester United have reportedly shelved plans to move away from the site.

According to some reports, the club came to the decision that relocating would be too expensive, despite the fact that they believe themselves to have outgrown their current operational base. This was after United representatives considered the Tatton Estate, the largest private landowner in East Chesire, as a potential new training ground location. The cost of building a brand-new state-of-the-art facility on the estate, which in total is 5,000 acres large, was thought to be around £200 million, but securing the land itself was too expensive to make such a move worthwhile.

Instead, Manchester United will be looking to revamp the AON Training Complex, and the first step they've taken to achieve that aim is the appointment of Mags Mernagh as Programme Director. Mernagh is a respected figure who previously worked with Leicester City to deliver their highly impressive £130m training ground. It will be interesting to see how her vision for the Manchester United training ground will be realised in the coming months and years.

Interested in finding out more about the academies and training complexes used by elite-level clubs in the UK and further afield? A good place to start might be by checking out our guide to the Cobham Training Centre, Chelsea's base of operations.