Despite a recent lull, Manchester United have earnt their right to be coined as the biggest football club in England. A period of dominance saw the Red Devils muscle their way into a selected conversation of elite European super-clubs. Such grew their brand exponentially throughout the world. Manchester United is the envy of most commercially, regardless of on-pitch performance.

Boasting a global community of over 1.1 billion people and 61 trophies won, it's clear to see why such envy emanates. Sir Alex Ferguson's fruitful siege on football on the continent moulded the club into what it is today. Now in the hands of former player Ole Gunnar Solskjær, plans are afoot to return Manchester United to their glory days. Perhaps this is the optimal time to embark on a career at Manchester United? 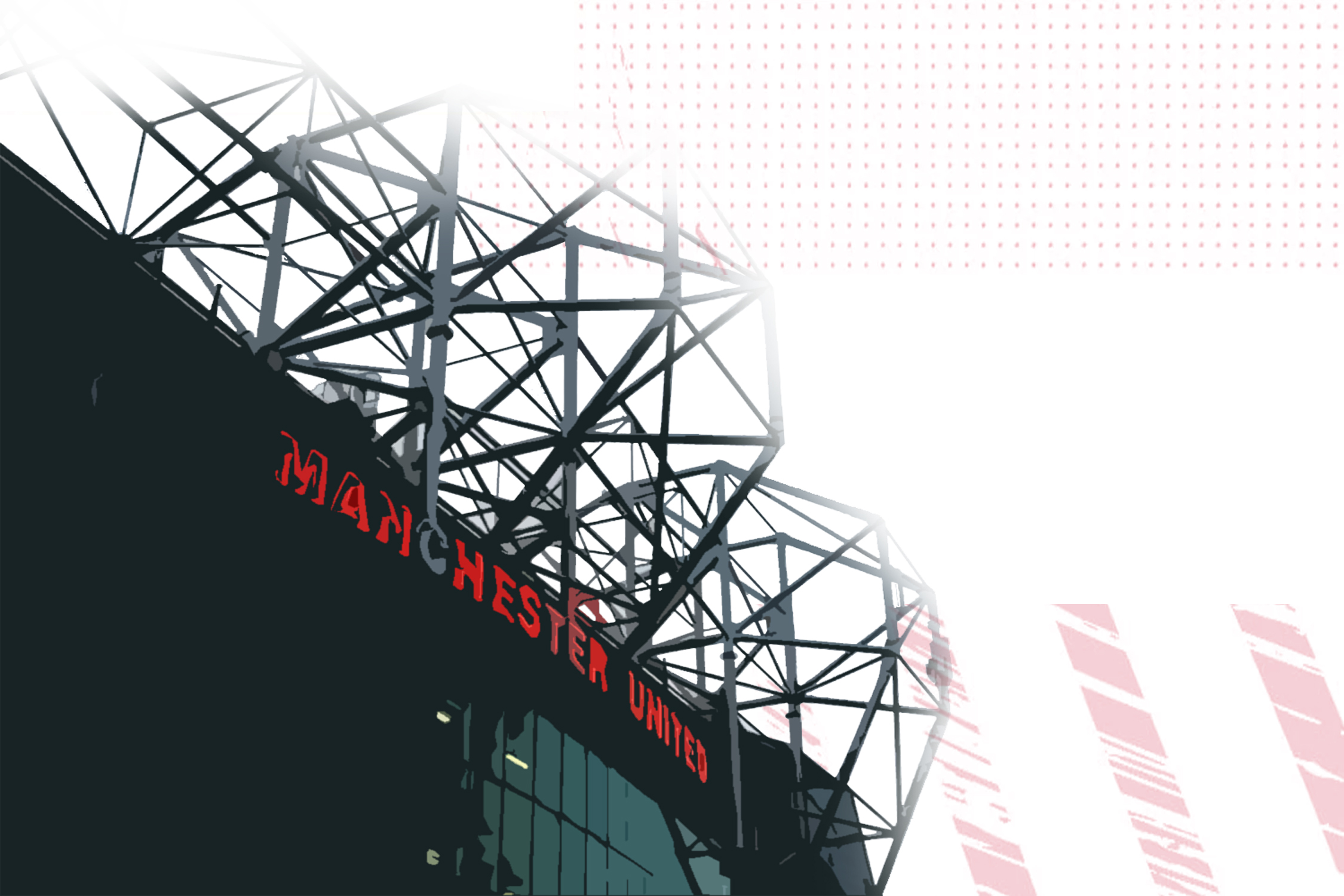 A club at the core of English football, backed by a fanatical worldwide reach, can also result in a recipe for career opportunities. The following highlights are benefits to a career at Manchester United, which we collated from former and current employees:

Old Trafford's 75,000 strong capacity stands as the highest count in the Premier League, 13,000 more than Tottenham's new stadium. The hustle and bustle of matchday and the collective excitement from those of a United persuasion make careers at Manchester United, and Old Trafford in particular, highly appealing.

Full time
Technical Systems Architect
Manchester United FC Manchester, UK
The Purpose  The successful candidate will be helping to deliver software and system designs for multi-tiered modern cloud solutions across the integrated business of Manchester United.  You would be exposed to high profile, digital and business transformational projects which are some of the most complex and innovative in the market today. This role is fast paced, high pressure and requires a dedicated professional with the depth and breadth of technical knowledge to support the business digital transformation journey. The Role   Delivery of large-scale complex systems and solutions with an IT pedigree, and experience within a business and digital transformation environment. Able to work as part of the existing team, simply and clearly communicate technical design in conversation, documentation, and presentations. Have a hands – on approach with the development ream and high level conceptual thinking. Defining the underlying platform...

Casual
Street Reds Community Coach - Casual
Manchester United FC Manchester, UK
The Purpose:        The Manchester United Foundation works in some of the most disadvantaged areas across Greater Manchester, taking Manchester United to the heart of the community. The Street Reds project uses the power of football to give young people an opportunity to pursue their interest in playing, leading, and coaching the game as well as supporting the participation in educational and diversionary activities. These free sessions are aimed at young people aged 8 -18 and promote inclusivity, provide regular physical activity opportunities and the ability to feel valued as part of a group. Enriching the lives of those who might become isolated. The sessions assist in developing a range of soft skills, increasing social mobility through inter project tournaments, employment and volunteer opportunities. The main responsibility of the role is to support the delivery of the Street Reds community programme through football coaching and youth...

Full time
Sales and Service Executive
Manchester United FC Manchester, UK
Purpose:        The Sales and Service team is the first port of call for Manchester United’s valued members, season ticket holders, fans, and prospective customers with queries around ticketing, membership, match day updates and more.  As a Sales and Service Executive you will join growing team responding to these enquiries in a highly professional and informed manner, identifying effective solutions where appropriate.  You will look to identify any opportunity to recommend additional Manchester United products to enhance the customer experience – with fantastic incentives in place for team members that reach individual sales targets. The Role Predominately based on sociable shift patterns of 8am-4pm and 10am-6pm Monday- Friday + match/event days – we will let you know your shift pattern well in advance (one month) Ensure every interaction with the Club is delivered to the highest standard of...

Full time
Relationship Manager
Manchester United FC Manchester, UK
The Purpose:        Manchester United Foundation believes every young person should feel empowered to achieve their goals and uses the power of football and Manchester United to support young people to make positive choices in their live. This is a new position working for Manchester United Foundation managing the commercial partners with the aim to build and maintain a positive relationship. The Role Managing the commercial partners of the Foundation.  Take full responsibility for every aspect of day-to-day partnership delivery (e.g., writing briefs, presentations, emails, contact and status reports, reporting, rights delivery, admin etc.) Understand partner business and expectations, continually using effective questioning to uncover needs. To be able to define sponsorship objectives with the partner and ensure that these are known by the whole team. To understand how they can integrate MUF into campaigns to address the...

Full time
Museum and Tour Supervisor
Manchester United FC Manchester, UK
The Purpose  Overseeing the day-to-day operations within the Museum & Tour ensuring the highest standards of customer service are always maintained. Effective planning and management of the customer facing team ensuing forecasted targets are met alongside proactive management of the booking system and dynamic pricing. At the forefront of the operation the Supervisor is to ensure any issues are managed in a timely manner and with a suitable resolution. The Role To carry out opening and closing procedures in the Museum and affiliated areas of the business. Daily reconciliation of safes and floats are completed and reported and recorded accurately. Ensuring that the SeatGeek system is fully functional and staff are trained to the appropriate level for correct operation. Managing the tour frequencies in line with daily demand and liaising with the Venue Commercial team around dynamic pricing. Also includes reporting back on the process for continual...

Full time
High School Partnership Officer
Manchester United FC Manchester, UK
The Purpose:        The Foundation delivers a wide range of educational, aspirational, leadership and personal development programs designed to develop young people to achieve their potential.    Based in a partner high school full time, the main responsibility of this role will be to deliver Foundation programs that support the development of student’s educational behaviours, attendance, and wellbeing.  You will work with internal and external partners to provide students with aspirational experiences that raise confidence and self-esteem.   The Role To work with the High School Partnership coordinator to provide, facilitate and deliver aspirational opportunities and experiences from both internal and external partners. To build development plans that will increasingly challenge, enhance skills, shape a positive attitude and foster a confident approach to meeting objectives. To plan and lead regular...

Full time
High School Partnership Assistant Coordinator
Manchester United FC Manchester, UK
The Purpose:        Working with the High School management team under the supervision of the Senior Coordinator, the main purpose of the role is to help maintain positive working relationships with new and existing partners. A key objective will be to support delivery officers within schools. Assisting them to fulfil and surpass SLA responsibilities through strategic planning, effective safeguarding, quality assurance, event planning and coordination, health and safety and risk management practices, supporting in delivery and continuous monitoring & evaluation. The Role To support the Senior Coordinator in the management and development of School Partnership Officers including the setting, monitoring and evaluation of PDR objectives. To provide operational support and advice to other divisions in the Foundation for the safe delivery of programmes, events, activities, and associated training. Including Employability and Skills,...

Full time
Head of PDP Athletic Development
Manchester United FC Manchester, UK
The Purpose:        To design and deliver systems aimed at developing players who are durable, resistant to injury and possess a level of physicality that enables them to execute the technical and tactical skills required to support an effective transition to senior football. The Role: To be instrumental in the delivery of comprehensive physical preparation programmes, based on sound strength and conditioning and physiology principles. To achieve harmony between the Physical Performance staff, Coaching staff and Medical staff through effective communication. To develop a Coaching relationship that is conducive to developing players to play professional football at the highest levels. To undertake duties and tasks as directed by the Academy Performance Support Manager and Head of Physical Performance. To work closely with the key stakeholders in coordinating S&C, football science, and other input providers to achieve high...

Casual
Emerging Talent Centre Coach - Casual
Manchester United FC Manchester, UK
The Purpose  To coach high quality football sessions to a range of young players who have been identified as potentially trialling in our Academy. The Role Coach high quality sessions at our Emerging Talent Centre. Ensure all Safeguarding protocols are always followed. Feedback on player progress on a weekly basis. Ensure all player information is kept strictly confidential. The Person Strong and evident will to make positive difference to young people. Hardworking, enthusiastic, and reliable. UEFA B License Coaching Qualification (Essential). Fa Youth Award (Desirable). Fa Safeguarding Certificate. Fa First Aid Certificate. Knowledge of junior club football in Greater Manchester and across the North West. Due to this post being in regulated activity, the potential employee will be required to undertake a Disclosure and Barring Service check at the appropriate level. MUFC Limited is an Equal Opportunities...

Full time
Curatorial Assistant
Manchester United FC Manchester, UK
The Purpose  The Curatorial Assistant will provide essential support for the Head of Heritage, Collections & Exhibitions Lead, collections management and assisting with the organization of the Museum’s exhibition program along with cleaning and redisplaying the permanent displays which will be major parts of the job role. Tasks will include assisting with the creation of displays, collection management and dealing with public enquiries. The right candidate will ideally have a museum qualification and practical experience with exhibition work. Good communication skills and an organized and methodical approach is essentially what this role will require. Experience of MODES software would be desirable. The Role Cataloguing objects for the collection onto MODES. Cleaning, photographing and redisplaying items in the Museum. Repacking of items from the Museum collection in suitable packaging. Assist the Head of Heritage and the Collection &...

Full time
Associate Relationship Director
Manchester United FC Hong Kong
Purpose      To drive the strategic direction and be responsible for the delivery of a portfolio of global partnerships with a focus in China. Day to day collaboration with partner teams, their agencies and internal resource, in the most measurably effective way to achieve partnership objectives. The ARD owns and drives the partner activation plans and ensures efficient delivery of campaigns. This role will be based in Hong Kong with frequent travel to mainland China required. The role reports directly into the Relationship Director. The Role Market specialist: understands the business, the market, the culture, the category drivers, competition and consumer insights. Owns and drives the partner activation plan – ensures campaign briefs land on time from partners and manages timely creative approvals from brand and club marketing (partner created campaigns). Owns the brief (creative development process) - ensures the smooth and...