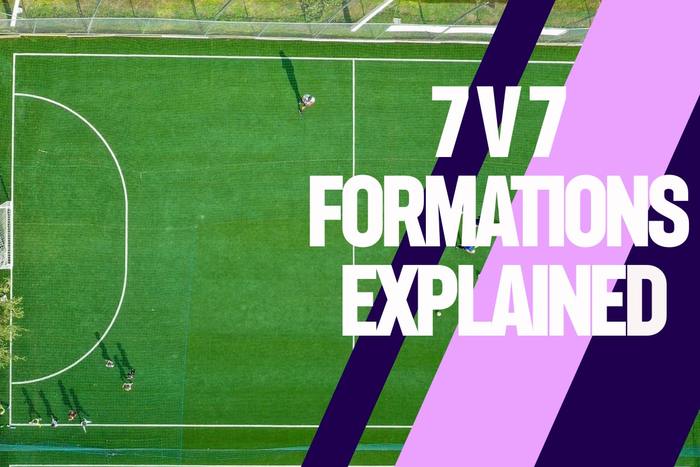 In soccer, whether you're playing in the Premier League or for a local amateur side on Sunday mornings, the rules remain the same. There are strict regulations on the laws of the game, the size and dimensions of a soccer field, and the number of players on the pitch. Whatever the level, a standard soccer match is 11 v 11.

However, it's also possible to play smaller-sided soccer games. Professional association football matches will always see 11 players face up to 11 opponents, but that doesn't mean you can't line up with fewer teammates in certain scenarios. At youth and amateur levels (and even professionally in formats such as Futsal), 5-a-side, 7-a-side, and 9-a-side games are common alternatives.

In this article, we'll be honing in on how 7v7 soccer works, with a particular focus on 7v7 soccer formations and all the most common ways of lining up as a 7-a-side team. We'll get on to those all-important formations shortly — but first, let's consider the situations in which 7v7 games take place.

For those who are inexperienced in how to play 11-a-side games, 7v7 can be a great gateway that allows coaches to introduce players to the concept of formations without sacrificing the benefits of smaller formats. However, it's not just in organized coaching set-ups that 7-a-side can be useful. Let's explore some of the most popular reasons for playing 7v7.

#1. Get to grips with formations

When playing small-sided possession games and coaching drills within soccer training sessions, formations don't often come into play. 7v7 games offer a great chance to introduce players to the idea of soccer formations and shapes, explaining how lining up in certain positions and structures on the pitch can maximize your chances of victory.

Finding a local soccer field with the right dimensions, markings, and goals for an 11-a-side match can be difficult. 7v7 is a far more accessible alternative that can be played on smaller pitches in urban areas (for instance at a local Goals center) at any time of day. The prevalence of 4G surfaces means that weather also isn't an issue. As a result, many people see 7v7 soccer as an easier format to play in.

7v7 soccer can be super intense and when played to a decent standard, requires serious amounts of stamina and energy. For many people that want to improve their fitness levels in a fun way without diving into the commitment and heightened competition of 11-a-side, 7v7 is the perfect option.

The benefits of playing 7v7 soccer

According to the FA, 7v7 soccer games can have a wide range of benefits. We've already touched on this slightly in our list of reasons why people choose to play 7v7, but it's worth spelling out the specific benefits of this soccer format for players involved.

7v7 is a fast-paced game, and a wide range of specific skills are needed for effective play. Therefore, it's a great way of practicing certain aspects of your game.

Given the tight spaces afforded in 7v7 games (a standard pitch will usually be 50m long and 35m wide), communication and interaction with teammates are key. 7-a-side helps players build up their ability to listen and communicate effectively with their teammates.

Decision-making, positioning, and passing are some of the other key skills that can be developed using smaller-sided games, in which passing angles are tighter and those involved must always be searching for space.

It's not just outfield players that can benefit from the 7v7 format. In this particular game size, goalkeepers have more opportunity to practice facing crossed and aerial balls than they do in 5-a-side games, while they can also work on their distribution and passing skills in a less high-stakes environment than 11-a-side provides.

If you're convinced of the many benefits of the 7v7 soccer format, you'll want to know which are the best 7v7 soccer formations to line up in. A wide variety of shapes can be showcased — let's walk through some of the best.

Perhaps the most common 7v7 formation out there, 2-3-1 focuses on packing numbers into the midfield, with these players in central areas being expected to contribute in both attack and defense. 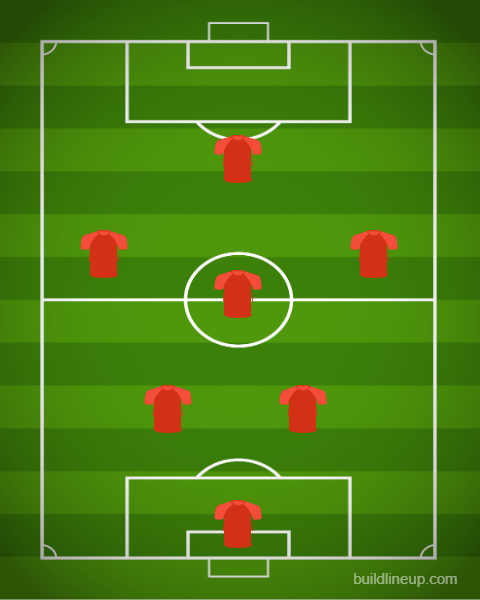 3-2-1 is a more defensive formation, best employed when up against faster or technically better teams. Having three defenders provides more support to the goalkeeper, and it also makes teams better equipped to build possession from the back.

If you're looking to implement a super basic structure that can be followed by people without loads of soccer knowledge and experience, this could be the way to go. 2-2-2 involves two defenders, two midfielders, and two strikers. Simple enough, right? Let's look at the pros and cons of this one. 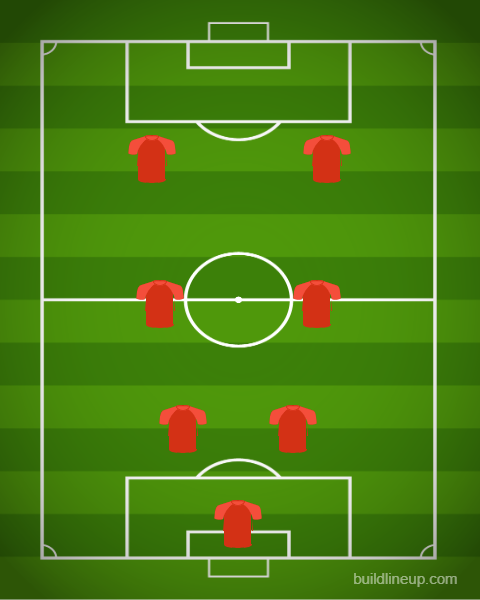 This last formation may seem a little more complex on the surface, but it's easy enough to grasp. Essentially, it utilizes a diamond midfield of one defensive central midfielder, one more advanced central midfielder, and two wider players on the left and right of this central anchor. Like all the most effective 7v7 soccer formations, it's all about finding a balance between defense and attack.

If you're a coach, particularly if you work within youth soccer, trying out a range of different 7v7 soccer formations can be super beneficial. Making tweaks to your tactical set-up not only provides opportunities for improved team performance, but it can also help players build their own individual abilities, as different formations are great for practicing different skills.

For example, a larger 7v7 pitch would encourage more ball striking, dribbling, and passing over long distances, while a smaller pitch increases opportunities for making challenges, tackles, and interceptions.

And implementing the best 7v7 soccer formations isn't the only thing you need to consider when lining up for 7-a-side. As a coach, it's your job to take into account other factors such as:

If you're a soccer coach, we've got plenty of resources on our site that is designed to help you engage, motivate, and improve the players that you're working with, whatever age group or technical level they're at.

Our list of the best books about coaching and tactics will give you all sorts of insight into the strategic and tactical side of the game, while our guide to how to become a football coach in the UK is packed with practical tips and advice.

What are the most popular soccer formations?

Soccer formations can vary massively depending on factors like personnel, opposition, and preferred style of play. Our article on the most popular soccer formations explores shapes and systems such as 4-4-2, 4-3-3, and 3-4-3.

Are you a goalkeeper, a defender, a midfielder, or an attacker? In soccer, there are many different positions on the field. Our guide to soccer positions explained contains everything you need to know about each key area of the pitch.

How big is a soccer field?

A full-size soccer field can be anywhere from 50-100 yards in width and 100-130 yards in length; the optimum soccer field is 120 yards by 75 yards, although pitch sizes can vary within these parameters. If you're a soccer fanatic, why not check out our article on the most unique soccer fields around the world?