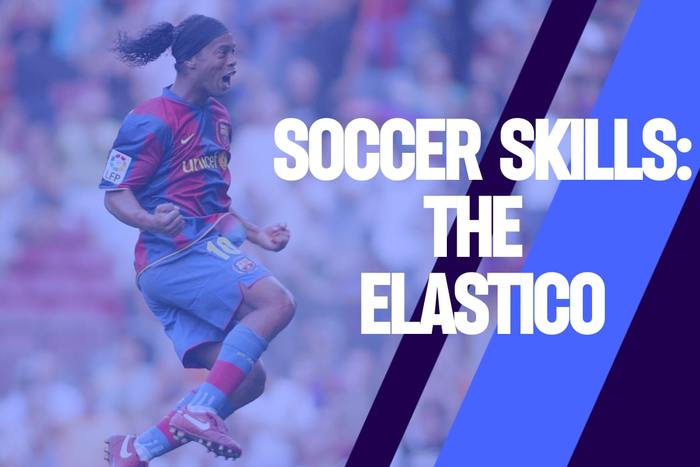 Soccer skills can be the difference between pedestrian possession and dangerous attack, the difference between a win and a loss. They're part of what makes the beautiful game so entertaining for fans all over the world. Whether it's a basic skill like a step over or a more advanced technique, like a rabona, a wide range of things can be accomplished with the use of a well-executed skill.

In this article, we'll be focusing on one of the flashier techniques out there: The Elastico. It's a favorite of iconic flair players such as Ronaldinho and Neymar, but you're just as likely to see it being utilized in street games and cage clashes by ambitious young skill stars as you are by elite players at the top end of the game.

We're going to start by answering the question "What is an elastico?", before giving a short history of this famous trick. Then, we'll look at some of the key pioneers and advocates of the elastic, before providing some simple instructions on how to perform this cheeky trick yourself. Sound good? Let's get started.

What is the Elastico Soccer Move?

Association football, or soccer, is an international game. From the concrete cages of London, through the favelas of Sau Paulo, to the high-rise 5-a-side pitches of Tokyo, it's a sport that's practiced all over the world. It's hardly surprising, then, that different soccer skills have different names across the globe.

The Elastico is a great example of this. Also called a "flip-flap", "akka", "snakebite" or "la culebrita", it's known using a wide range of terms, but they all refer to the same unique skill, one that has the power to impress fans and dazzle opposition defenders.

So what is an Elastico? Essentially, this skill is a fairly advanced dribbling move, designed to trick opposition defenders into thinking you're moving a certain way, before you feint and shift onto the other side. With a flip-flap, this move is accomplished by using the outside of the dominant foot to push the ball onto your dominant side, before you rapidly shift your foot's position and using the inside of the foot to push the ball in the other direction, to the non-dominant side.

This skill is primarily about footwork. The elastico soccer move happens in a flash, a quick, decisive movement that occurs with enough speed and precision to fool the defender into lurching in the wrong direction and giving you the space and time to breeze past them. For that, each touch has to be perfect.

However, footwork isn't the only important factor. Explosive acceleration from what will usually be a stationary position is always important. You don't have to be a super fast player to perform the elastico properly, but you'll need a burst of pace, and if you think this is where you might struggle, it's all the more important that your feint is believable and you sell it to your opponent successfully.

Who Created the Elastico in Soccer?

Lots of the world's most famous soccer skills have a confusing history, with lots of different opinions and beliefs existing about who invented each trick. But here, we can be pretty sure about who created the elastico.

Originally, the move was invented by the Japanese-Brazilian football player Sergio Echigo, who taught the trick to his Corinthians youth teammate, Brazilian playmaker Rivellino. It was Rivellino who truly introduced the world stage to the Elastico soccer skill, after he performed it during the 1970 World Cup. According to Rivellino himself, "He [Echigo] says now that he invented it, but I perfected it."

This passing of knowledge helped define a legendary Brazil side known for its wealth of skill and flair (although Pele, the nation's all-time greatest player, never utilized this technique) — and it was also adopted by players of other nationalities.

In the early 1980s, Algerian international Salah Assad demonstrated his own version of the elastico, which he called "El Ghorraf". Unlike the original move, this trick was executed while running with the ball, incorporated more fluidly into the dribble. Later on, in the 1990s and 2000s, players such as Romario, Ronaldo, and Ronaldinho went on to add this skill to their arsenal. In the 2010s, Neymar's emergence into the limelight was partly off the back of his collection of amazing skills, one of which was the "flip-flap", a favorite of his.

Whether it's referred to as a "snakebite" or "Zigima" (popular African terms for the skill), an "akka" (a common name for the elastico in futsal, freestyle, and street football), or "The Gaucho", a reference to one of the trick's most famous proponents, Ronaldinho, it's clear what this skill indicates. Chiefly, attacking flair, and often, the intense fear of defenders.

We've touched briefly on the players who are best known for performing this skill, but it's worth diving a little deeper into some of the best examples of it in action. . .

The Elastico, or "flip-flap", isn't a trick that you see used on a soccer field very often. It's ambitious, and unlike a more simple skill like a step over, there's more of a gamble that it might go wrong. However, there have been some prominent examples of it being used effectively by elite soccer players.

The Brazilian playmaker we mentioned earlier was the first man to popularize this trick, so we had to include him here. This video features some footage of Rivellion's insane skill.

Perhaps the most famous proponent of the flip flap is another Brazilian maestro, Ronaldinho. The former Barcelona, AC Milan, and Gremio legend was known for his flair play, and his use of the elastico certainly contributed to that reputation. 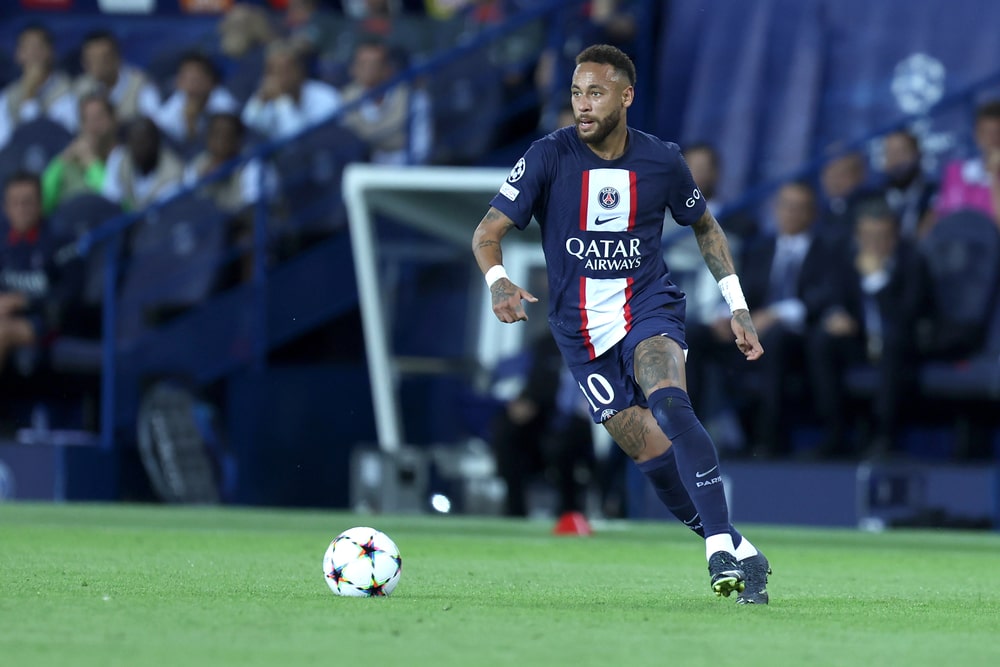 It's hardly surprising that one of the most skillful players of the modern era, Neymar, is on this list. There are tons of examples we could pick out, but one particularly ambitious flip-flap move came in a match against Zambia, rolled into one crazy bundle of skill.

The only non-Brazilian on this list, Cristiano Ronaldo has been known to utilize this skill on more than one occasion. Perhaps the best example of his elastico skills came against Espanyol, when he pulled off an outrageous elastico nutmeg - check it out here.

How do you do an Elastico?

When you see a top player performing the elastico skill move, you can quickly become staggered by how much technical ability it seems to require. And sure, this is a trick that needs to be practiced hard. However, when you break it down into each individual component of the movement, it's not as difficult as it may seem at first. So how do you do an elastico? 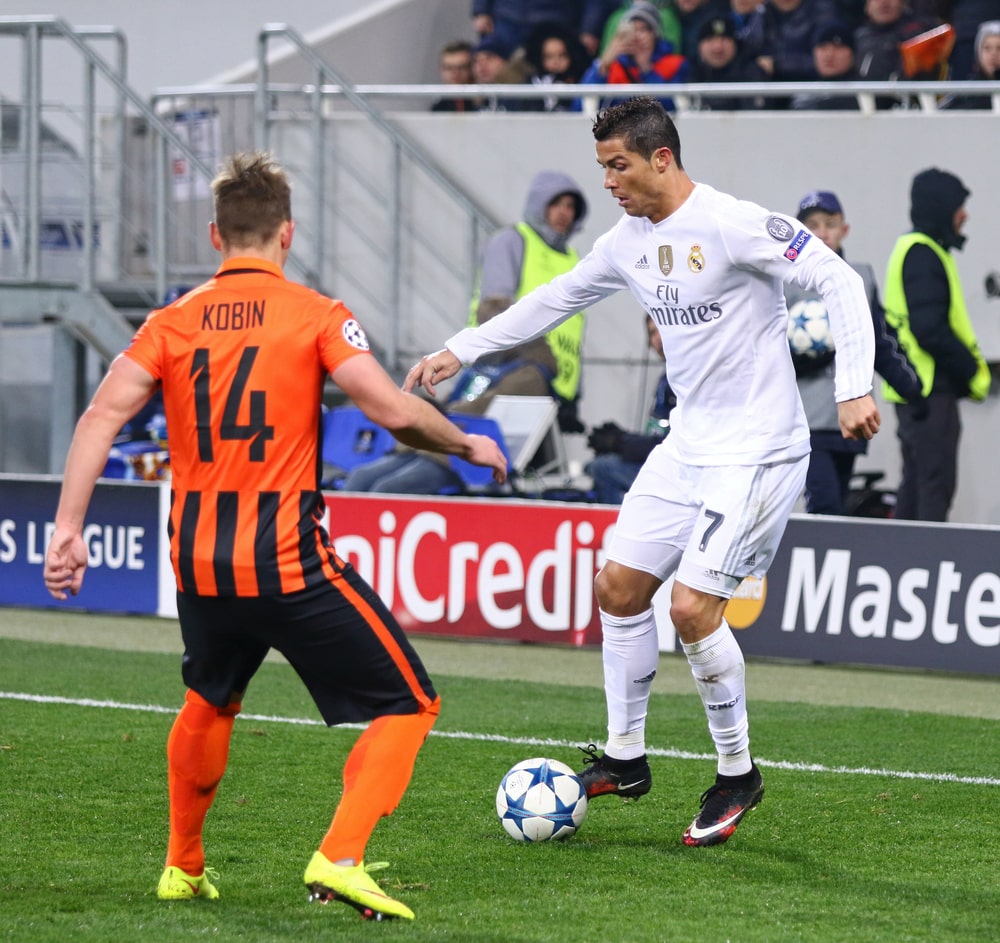 The elastico is essentially made up of two quick touches that basically combine into one, as you move from the outside to the inside of your boot. Contact with the ball is retained throughout, as you guide it from one direction to the other. Follow the steps below, and you'll be in a good position to pull out this trick next time you're approaching an opposition defender in a dangerous position.

Step #1: To begin, position your outside foot on the inside of the ball, making light contact with it using the front part of your foot.

Step #2: With a gentle, controlled touch, use the front of your foot to quickly wrap around the ball, spinning it and shifting the foot to the outside of the ball. This movement needs to be super quick, and super smooth, but you've got to stay in total control of the ball.

Step #4: Now that you've pushed the ball away, speed off and leave your opponent behind! If executed well, they will have been left off-balance by your feint, and you'll be able to get away into space with a simple burst of acceleration.

The best way to practice the flip-flap is to start slowly, gradually building up speed as you gain a better understanding of the steps involved, repeating it over and over again.

Hopefully, you've now got all the information you need to be able to complete this famous trick yourself (given a bit of practice, of course).

If this dive into the likes of Ronaldo, Ronaldinho, and Neymar has got you thinking about the most skillful players around, we've got plenty more articles that relate to the world's best players. Why not start by checking out our guide to the fastest soccer players on the planet?

Is the Elastico the most advanced soccer skill?

The Elastico is undoubtedly a pretty advanced soccer skill that requires plenty of practice and effort. That being said, it's made up of only a few simple steps, and there are other tricks that are more complex, such as the rainbow kick or the rabona.

The rainbow flick involves using one foot to roll up the ball on the other leg (usually up the calf), before using the other leg to lob, or flick, the ball over the head of the opponent you're facing. It's an ambitious flair move practiced by the likes of Neymar and Jay Jay Okocha. Our guide to the rainbow kick offers some more detail.

An audacious skill move that is only attempted by the most creative flair players in the game, the rabona soccer skill involves a player wrapping their kicking foot around their standing foot before they line up their pass, cross, or shot, which will often be a chipped or lobbed effort.