Why Do Soccer Players Wear Bras? 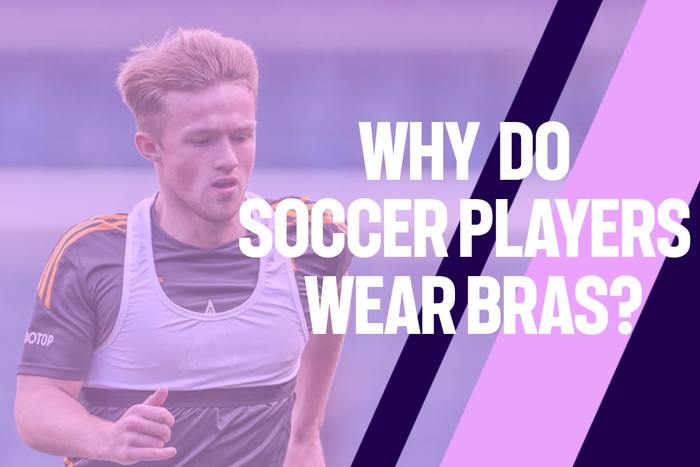 Watching soccer has changed in various different ways throughout the last decade or so. As the game has continued to modernize, we've got used to the sudden impact of VAR, changes to the laws around goal kicks and penalties, and other developments in the sport. One thing that has become increasingly common that many fans may still be confused about, however, is the role of the sports bra in soccer. 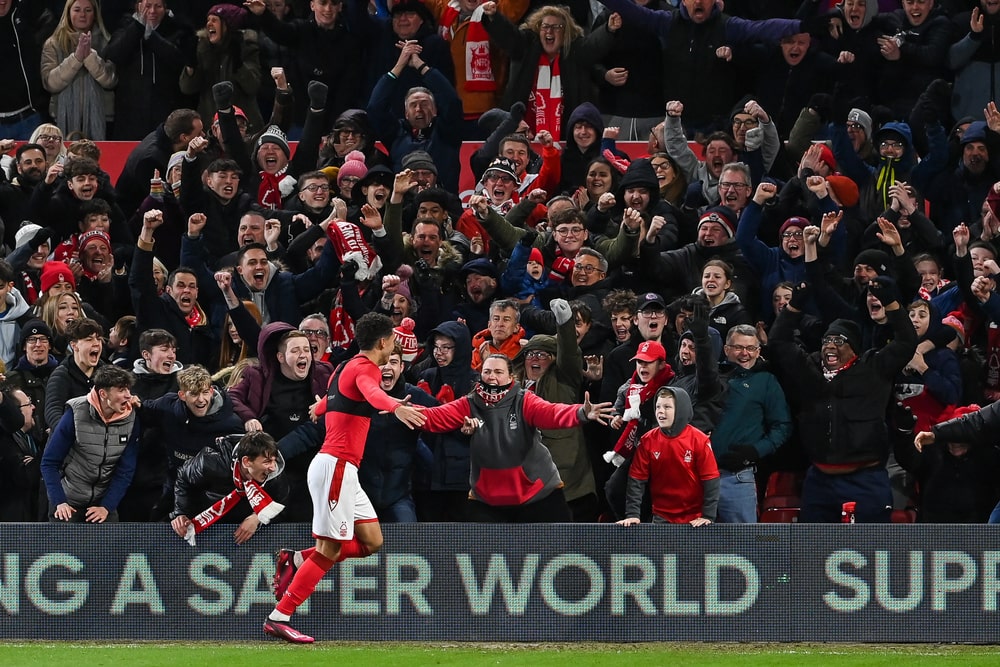 Clearly, female soccer players have been wearing specialized sports bras for a long time; but it's now very common to see male players also wearing similar garments. You may have watched a striker wheel away in celebration, ripping their shirt off to reveal what looks like a sports bra underneath, and wondered what the point of it is. Well, wonder no more... in this article, we'll be given you a detailed explanation as to why male soccer players are wearing bras these days.

Why Do Soccer Players Wear Bras?

Why is it that male soccer players wear sports bras now? It's a pretty recent phenomenon, so it's understandable if you're unsure about the answer to this question. And if you don't know exactly what we're talking about, picture those tight, usually black sports bras worn underneath player shirts. They might pop up when a substitute is changing out of their warmup gear before coming onto the soccer field, or you might see them at the end of a match when two players are exchanging jerseys.

The first thing to note on this is that officially, these types of harnesses are called GPS tracker vests. That name goes a long way in terms of explaining what the point of these items of clothing is. A GPS tracker vest isn't used for the same reason that a female footballer would wear a traditional sports bra; it's used to track a player's movement during the course of a 90-minute match, with the purpose of gathering individualized player data on various different aspects of their performance. These devices help managers gain a more detailed picture of what a player is doing on the pitch, backing up anything they've seen with their eyes using cold, hard data. And having this extra perspective can be super useful... but more on that shortly.

Data is incredibly important within football these days, so it's hardly surprising that extra efforts are being made to collect in-game stats from players. After all, even managers have certain biases and may miss certain things when watching a soccer match from the touchline, but if they've got an additional mode of recording being utilized at all times, they can access serious benefits. By using GPS tracker vests to record what each player is doing in every minute they play, managers and club staff can build up more accurate pictures of the strengths and weaknesses of their squad members, and this can in turn impact daily training sessions and individual player treatment programmes. Every detail counts in professional soccer, so any edge that a GPS vest can help coaches gain has got to be worth it, at the end of the day.

How do these devices work?

Recording data using these physical devices is a simple way of tracking player performance and fitness. The way this is done is by holding a small GPS device within a little pouch at the back of the vest. This tracker is so small that it's hardly noticeable, and the bras are designed to be as comfortable as possible, with no restriction of movement or irritability.

Other alternatives to this vest format are available; for instance, it's possible to install similar kinds of GPS trackers in the sleeve of a shirt or on some kind of band around the arm or wrist, but generally speaking, the small vests we're discussing in this article are the most common way of tracking player stats in-game.

What sort of data do GPS soccer bras collect?

There's a limit to what these specialist sports bras can pick up, of course. That being said, you'd be impressed by how much can be gathered by this kind of technology. So precisely what data can a sports bra collect on a soccer field?

Running is one of the key areas of concern when it comes to collecting data in this way. If you watch soccer regularly, you'll have probably become used to seeing detailed graphics about player running stats, whether they're accompanied by high praise about the amount of work being done, or worries about the fitness levels being maintained by a certain athlete. Running stats are a crucial part of what a GPS tracking device can detect, and identifying this kind of statistic can be useful in spotting a player who works extremely hard. For example, the most a Premier League player has run during a match in the 2022-23 season so far is 13.2km, achieved by Leeds midfielder and U.S. international Brenden Aaranson in a 2-1 victory over Liverpool back in October. Pretty impressive figures, right? Having that kind of data is one of the main advantages of having football players wearing GPS trackers under their kit.

Various other stats related to running can be collected by these wearable devices, which are also sometimes called Electronic Performance and Tracking System devices. Average running speed, total sprinting distance, average acceleration time, and average deceleration time are a few of the other areas that can be tracked by this equipment.

Another key purpose of tracking devices relates to injury, specifically the process of preventing injury, which is of course a key concern for staff at any professional club. GPS trackers can monitor heart rate, athlete's load (the amount of demand on their body), G-force and impact data, and the amount of high intensity play being completed on the field. Statistics like this are crucial when it comes to establishing the session load for each player, monitoring rehabilitation and conditioning programs and comparing the different needs and requirements of each squad player. Considering how important sports science and medicine is within the modern game, the data tracking use of these GPS devices is a massive advantage.

Tracking player sprints and distance covered can help staff work out whether a player is fully fit, whether they could do with a rest, or whether they need more running practice to get up to speed. On the other hand, training too hard can lead to increased injury risk, so a full picture needs to be painted with various different metrics being observed and recorded. 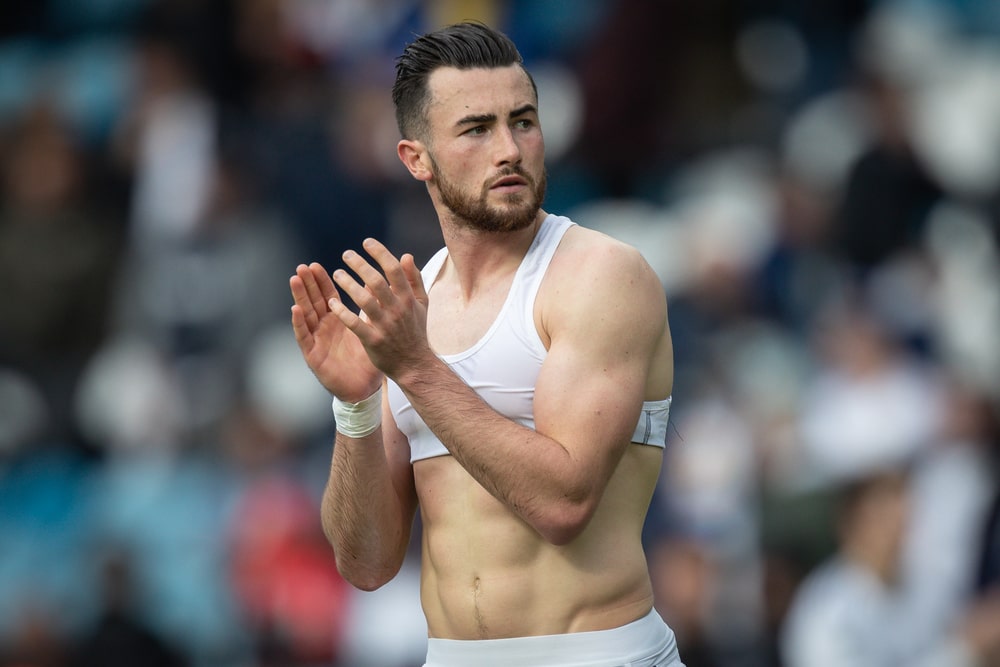 Jack Harrison of Leeds United with a GPS Vest

There's not just one provider of these GPS tracking vests. Various different companies offer wearable tracking technology to elite clubs. A few examples include Catapult, who are partners with Paris Saint Germain and Bayern Munich, PlayerTek, who partner with Liverpool and Celtic, and StatSport, who work alongside Tottenham Hostpur and both the Spain and Portugal FA. But it's not just the best of the best — the fact that these technologies have become more budget-friendly in recent years is largely what has made GPS vests such a staple of the modern game, even for clubs outside the Premier League such as Norwich City or Watford. Even at semi-pro level, don't be surprised to see footballers wearing sports bras and other examples of innovative gear.

The rise of GPS tracking vests within professional soccer is just one symptom of the enhanced role of forward-thinking, data-led strategies within the game. There are lots of other examples of soccer clubs using data and technology to improve and track performance, both behind the scenes and in more clearly-identifiable on-pitch strategies such as Brentford FC's achievement of enhanced xG due to intricate set piece coaching or the growth of intelligent, data-led recruitment within the Red Bull franchise. Despite the fact that some more old-school pundits and coaches are reluctant to accept these kinds of changes in the game, ultimately, in-depth data analysis is here to stay.

That might be something that excites you. For many soccer fans, the working opportunities provided within the statistics and data side of the industry are extremely enticing. But with so much competition in this area, how do you stand out?

If you're interested in boosting your knowledge of the role that data plays within football, whether that's in terms of match analysis, recruitment, or sports betting, a great starting place is our guide to 10 great sports analytics books, designed to cater for all levels. From explainer books on Expected Goals (xG) and how it works to historical works about the development of data in football, there's a ton of variety in our carefully tailored list. Or for a more practically-minded step-by-step guide to entering into the world of sports analytics, check out our article on how to become a sports analyst. With jobs in this profession now commonplace at most top-level clubs, as well as in the data departments of various renowned publications and websites, there's never been a better time to get a job in soccer data and analytics.