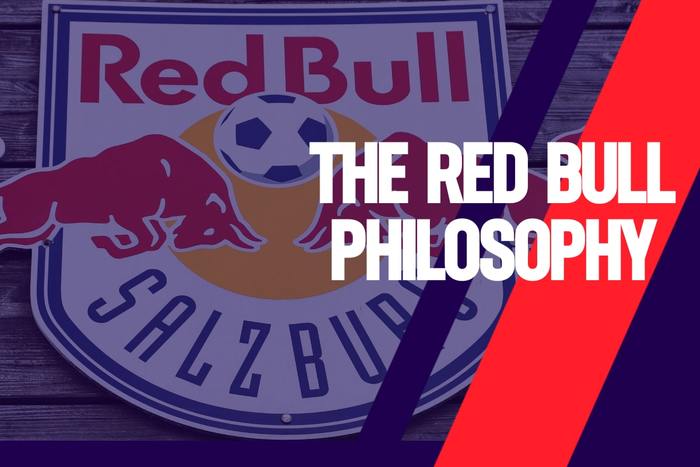 In recent years, one of the biggest-growing trends seen in football club ownership is the boom in the multi-club ownership model. Back in the day, most football clubs would be owned by a wealthy local business person and/or consortium, but things have changed dramatically, and not just in terms of uber-rich nation states and American billionaires coming into the European game.

Multi-club ownership is a business model in which several different clubs are bought and financed by the same investor. In some cases, these different clubs will be relatively independent, while elsewhere, they will be closely binded by a set of clearly defined principles and practices. When it comes to the Red Bull ownership model, it's definitely the latter that is true.

But how exactly did the energy drinks giant become involved in sport in the first place? In this article, we'll be explaining what the Red Bull franchise is, and how it operates. We'll explore how many Red Bull soccer teams there are, before diving into the Red Bull philosophy and explaining how each club within this ownership group is connected by a shared ethos. By the time we're done today, you'll have a much clearer grasp of the specific role that Red Bull are playing within the modern game.

What is the Red Bull franchise?

Founded in 1987, Red Bull GmbH is an Austrian energy drink brand, probably the most famous energy drink in the world. However, the company's co-creators Dietrich Mateschitz, an Austrian entrepreneur, and Chaleo Yoovidhya, a Thai businessman, were always keen to expand beyond the borders of simple refreshment.

In 2005, Red Bull began their journey into the world of sports ownership by purchasing Austria Salzburg, a football club in Mateschitz's native country. They changed the club's named to FC Red Bull Salzburg, and their sporting empire was born. In the subsequent years, they bought up several other clubs across the globe, creating a global network united by a shared ownership and a consistent set of principles and business practices.

The Red Bull franchise allows each team within the multi-club ownership model to compete in their domestic leagues, while maintaining close links with the other Red Bull clubs, who can act as feeder clubs. RB Leipzig are at the centre of this network, essentially the final destination for talent that has been nurtured by the other clubs. Once feeder clubs such as the USA's New York Red Bulls and Brazil's Red Bull Bragantino (who are highly competitive domestic sides in their own right) have developed and nurtured talent, they'll generally be transferred to Europe, where they can then be sold on to giant clubs like Manchester City or Bayern Munich for massive profits.

The success of this model hinges on clever strategic planning and close synergy between clubs. Overseeing this process is a global board who centralise duties like HR, finance, marketing, and information. By appointing footballing experts in these management positions, Red Bull ensure that the global network is run effectively and the rewards of their business model are reaped.

How many soccer teams does Red Bull own?

We've touched on some of the sports teams that operate under the Red Bull umbrella, but we've barely scraped the surface. In total, the drinks brand have now invested in 5 soccer teams, and a total of over 15 sports teams across 11 sports. The teams they own are as follows:

Yep, it's a pretty long list. And while in this article, we're focusing on the football side of things, it's worth knowing just how far the scope of the Red Bull sports franchise stretches. Football might be the world's most popular sport, but the Austrian company's multi-sport approach has meant that millions more people have been subjected to the famous Red Bull branding strategy. So what exactly does that strategy entail?

What is the Red Bull philosophy?

Red Bull have managed to create such a large empire due largely to their distinct philosophy, both in terms of business management and footballing style of play. One of the reasons their internal supply chain of players has been so successful is because each club within the ownership model deploys a similar playing philosophy. This means that players can transition with relative ease between these teams, whether they're loaned out to a smaller club or sold to the top of the pile, aka RB Leipzig (more on this shortly).

Let's discuss the playing philosophy that unites these teams. Generally speaking, teams within the Red Bull structure will play aggressive, attractive, high-intensity, high-pressing football. These teams will be active with and without the ball, employing a high and aggressive pressing system and looking to get runners in behind the opposition defence when they have possession. They sign and develop players who are capable of operating effectively in this type of system, reinforcing the process in their scouting system by creating specific profiles and clear requirements for the players they bring in.

This strategy has led to a remarkable wave of excellent recruitment and talent development. Despite the fact that Red Bull Ghana, the brand's first African branch, was dissolved in 2014, the Red Bull group still has a strong presence on the continent. Their scouting network has unearthed and made huge profits from a long list of undervalued players including Sadio Mané, Naby Keita, Dayot Upamecano, Patson Daka, and Enock Mwepu. Elsewhere, top players that have graduated through the Red Bull ranks include Manchester City's Erling Haaland, Monaco's Takumi Minamino, Germany's Timo Werner and Wolves' Hwang Hee-Chan. 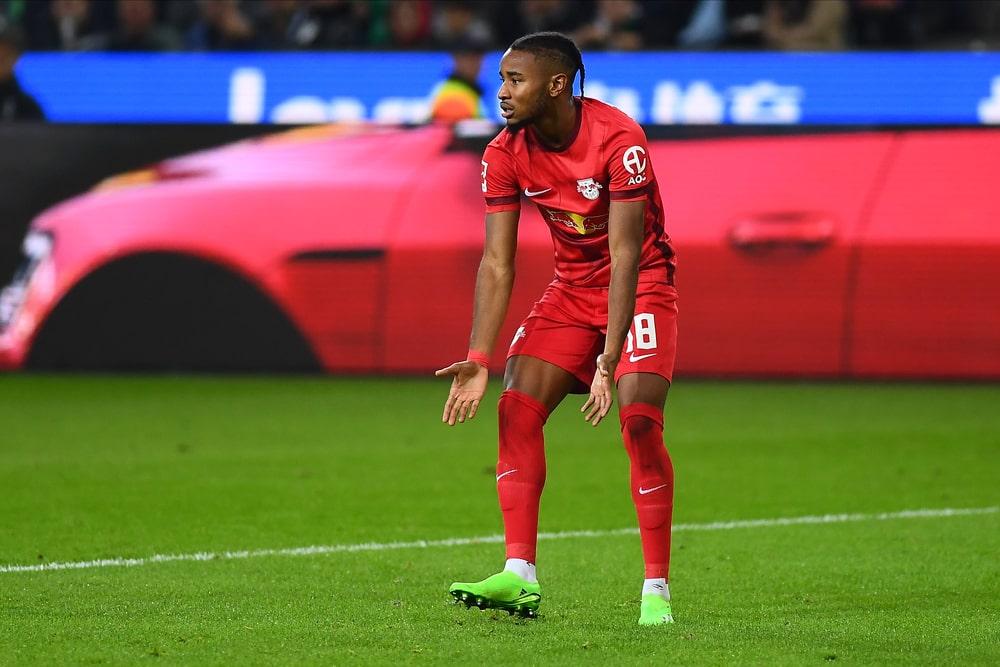 The philosophy that guides the Red Bull soccer teams extends to coaching. Given how quickly modern coaches are hired and fired, the value of being able to dictate the playing style of a club from above the head coach level is massive. With Red Bull, only coaches that fit a certain playing philosophy are appointed, meaning that managerial movements have as little impact on team play as possible. This approach to head coach recruitment has allowed a long string of successful, innovative coaches to move in and out of the Red Bull group, from Ralf Rangnick and Ralf Hasenhüttl to Jesse Marsch and Julian Nagelsmann.

Another thing that connects each Red Bull team is a clearly visible brand identity. All of the Red Bull soccer teams have identical shirt colours and club crest, they are all nicknamed 'The Bulls', and they all play in the Red Bull Arena. This consistency not only increases the seamlessness of playing and coaching moves between clubs, it also hammers home the Red Bull brand to fans and consumers, plastering the company's image all over the world of sport.

Who is the best Red Bull team?

We've spoken in this article about the importance of the gradual player development process that defines the Red Bull soccer teams. The strategies in place allow talents like USA international Tyler Adams to move from New York Red Bulls to RB Leipzig, or Red Bull Ghana graduate Rashid Nuhu to join the MLS draft with NY Red Bulls. That being said, many top players have been bought directly from the brand's original club, Red Bull Salzburg. A good example of this would be Erling Haaland, who Salzburg signed for £7.2 million in 2019, before selling on to Borussia Dortmund for an increased price of £18 million after an insane 16 goals in 17 games.

Clearly then, there's talent within every corner of the Red Bull world. However, most of these aforementioned clubs, despite competing in domestic leagues in their own right, often act largely as a feeder for the brand's biggest and best team: RB Leipzig.

Leipzig are the result of Red Bull's aggressive search for a suitable German club to set up as their elite European hub, a search which ended with the founding of the club in 2009, coinciding with the takeover of fifth tier SSV Markranstädt's playing rights. The flagship model of the brand, RB Leipzig's official name is not "Red Bull Leipzig" but in fact "RasenBallsport Leipzig", chosen as a means of keeping hold of the RB corporate identity in spite of the German Football Association (DFB)'s refusal to allow the brand name to be within the club's name. Over the next few years, the goal was promotion, promotion, promotion. A rapid rise through the leagues culminated in RB Leipzig securing promotion to the Bundesliga in front of 42,559 spectators at the Red Bull Arena on 8 May 2016.

A well-known coach was responsible for that promotion, a certain Ralf Rangnick. However, the Austrian coach chose to resign that summer to focus on his role as sporting director, and now-Southampton boss Ralph Hasenhüttl was appointed as his replacement, subsequently guiding the team to a European finish in their debut Bundesliga season. Since then, Leipzig have continued to attract some of Europe's best coaches, with Julian Nagelsmann, their boss from 2019-2021, being pinched last year by German giants Bayern Munich, the Bundesliga's most dominant side. While the club has started the 2022-23 season slowly, their latest head coach Marco Rose, a Red Bull Salzburg graduate, is another widely respected figure.

The Controversies of the Red Bull philosophy

It would be wrong to explore the rise of Red Bull without tackling the controversy that has surrounded their teams, particularly in Germany, a country with a strong understanding of and respect for the traditional, grassroots, fan-led culture that football is founded upon.

The Bundesliga's 50+1 rule dictates that in order to play in Germany's top league, any club must be majority-owned by fan members. Clearly, this is not the case with RB Leipzig, a club owned by an enormous global drinks company. In order to bypass the 50+1 rule, Leipzig have just a handful of fan members registered, most of them members of the Red Bull management team, in contrast to clubs like Borussia Dortmund, who have around 145,000 members. They've also removed the name 'Red Bull' from the club's title, getting around it with the abbreviation 'RB'/ Unsurprisingly, fans of other clubs have strongly condemned the way Leipzig have operated in terms of bypassing the fan-centred traditions of the German game. This kind of controversy will continue to follow the German club as long as they continue to operate under the current ownership model.

However the jewel in the Red Bull sporting empire's crown aren't likely to stop any time soon. Red Bull are desperate to add some Bundesliga titles to their collection, and while RB Leipzig continue to operate as a development hub, designed to create and nurture talent to sell for the top teams, this is clearly also at the forefront of their minds. 17 years in, the Red Bull philosophy is firmly cemented, and the potential of this multi-club ownership model continues to grow. As football continues to become increasingly commercialised, don't be surprised if this strategy for owning and running clubs grows in popularity.

Want to find out more about what goes on behind the scenes at the world's most iconic sporting organisations? Check out our exclusive interview with FA Senior Recruitment Manager Susan Couper, a figure who played a key role in orchestrating the success of the 2022 Women's European Championship.