Soccer Skills: The Slide Tackle (And How To Do It Effectively) 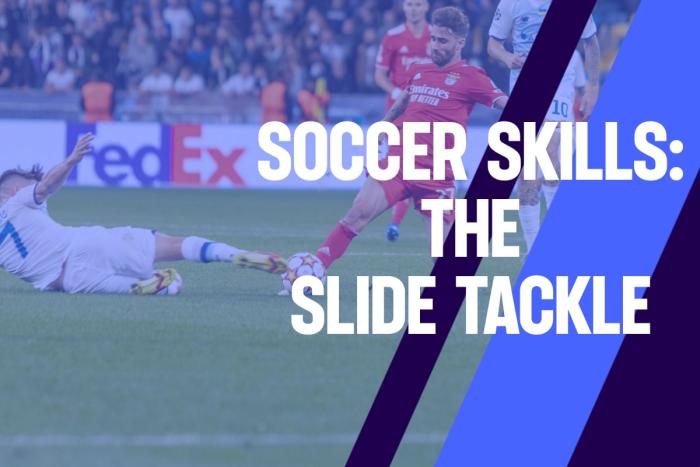 It might often be the attackers who get all the glory, but defenders play an absolutely crucial role in top-level association football. In fact, sometimes there's nothing more entertaining than watching a combative center-back relish the task of stopping the opposition from scoring. Think of Italy and Juventus' Euro 2020-winning captain Giorgio Chiellini, or Portugal and Real Madrid legend Pepe, for example.

There are a number of skills that are essential within the defender's arsenal. Some are used consistently throughout each game, whereas others will only appear on an occasional basis. The soccer skill we'll be focusing on in this article certainly fits into the second category, although that doesn't mean it's not an important part of the game to expand your knowledge on. 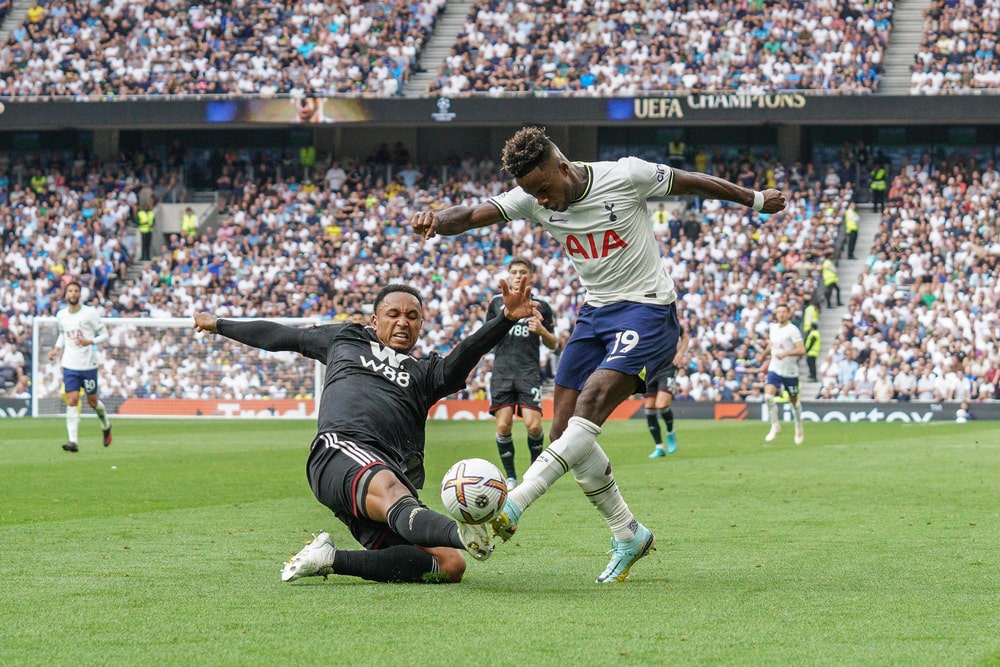 Later, we'll give you some useful tips on how to slide tackle in soccer. However, we'll start simply by explaining what this skill involves, and the benefits it can provide on a soccer field, as well as some of the controversies associated with the move. Let's get into it.

What Is A Slide Tackle?

Picture this: A winger is breaking away, leading their team's counter-attacking charge down the left flank. They've got tons of space to run into, and the central defender rushing across to stop them in their tracks has ground to make up. If they don't make a last ditch challenge, the winger will be through on goal. This is exactly the kind of situation in which a slide tackle can be extremely useful. So what exactly does this move involve?

The clue's in the name, really. To perform a slide tackle, a player must slide on the ground next to their opponent, extending one leg to make contact with the ball and knock the ball away from the control of the opposition player.

When it comes to preventing dangerous attacks from opponents, this type of tackle can be very effective, not to mention great-looking. However, as we mentioned in the introduction to this section, it's very much a last resort...

The slide tackle is a controversial move, and not the kind of challenge that should be made lightly. The reason for this is that slide tackles in football always run the risk of resulting in a foul, and thereby potentially leading to a free kick and a yellow or red card. But we'll explore the controversies of the slide tackle in more detail shortly — before we do that, let's run you through the benefits that the best slide tackles can provide.

When a player goes to ground in order to make a challenge, they lose control slightly, and it becomes possible that they could kick or trip their opponent. This is particularly dangerous in the penalty area, when a badly-timed slide tackle will almost inevitably result in a penalty kick for the opposition. 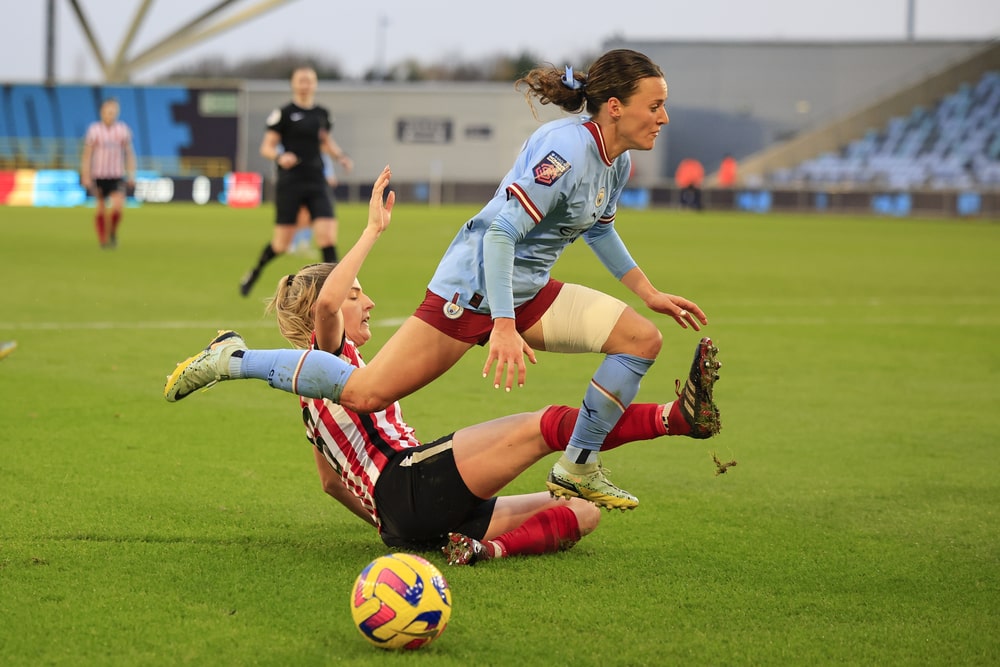 It's absolutely crucial that each time you use a slide tackle you perform it safely and effectively. Even if a clean connection with the ball is made, there's still a strong chance that the tackler's foot may collide with the leg of the opposition player, causing opponents to complain and hassle the referee to award a foul. While association football is a contact sport in which players are legally allowed to touch each other, that doesn't mean that you can get away with anything. Therefore, as you can imagine, if it's possible to make a standing tackle, that will always be less of a risk than a sliding tackle. Remember: sliding challenges should usually be a last resort.

The Benefits Of The Slide Tackle

Slide tackles can be an excellent spectacle to behold. As a fan, there's not much that's better than watching what looked like a certain goal being prevented by a heroic slide tackle that knocks the ball into touch and saves your team from danger. However, fan entertainment isn't the only reason these types of challenges are used.

Defenders choose to implement sliding tackles because these challenges allow them to cover large areas of ground that they wouldn't be able to make up with an ordinary sprint, particularly because their opposing attackers will often be quicker than they are. The slide tackle allows defenders to dispossess an opponent who is a yard or two away from them, something that a standing tackle wouldn't be able to achieve.

Also, there's an element of psychology in a crunching slide tackle. Referees and game officials might not want to hear it, but if a defender is able to cleanly win the ball while also making firm contact with their opponent and stopping them in their tracks, they can gain a psychological edge that might make attackers more hesitant going into 50/50 balls in future.

However, the risks can sometimes outweigh the benefits when it comes to these types of tackles. Let's spend some time exploring the controversies that surround this issue.

The Controversies Of The Slide Tackle

The reason that the slide tackle is seen as a last resort is multi-faceted. Firstly, there's always a possibility that this attempt to dispossess the opponent simply won't work; you're attempting to cover distance while on the ground, and there's no guarantee that you will be able to reach the ball and make the challenge, especially if the player you're aiming to tackle is quicker than you. 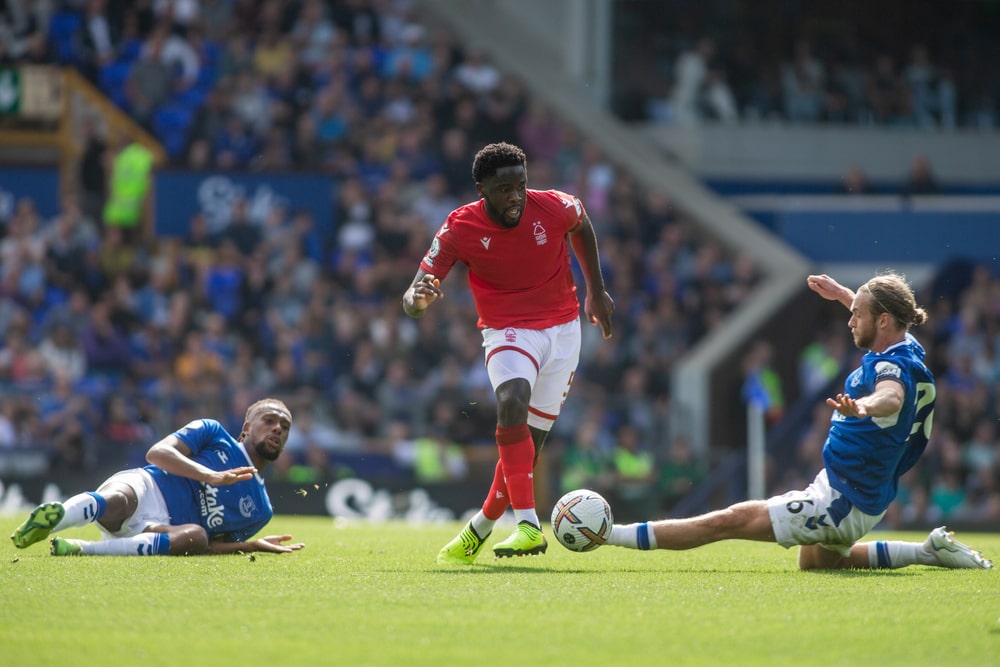 Even if you are able to catch them, your timing and execution needs to be perfect. If you mess either up, you run the risk of injuring your opponent and giving away a foul, not to mention the potential yellow or red card that would come with such an event. Injury to yourself is also another concern — when you make a slide tackle from behind, you look to hook your leg around the opponent in a safe, comfortable way, but if you land awkwardly, you could be in serious trouble.

Despite the risks of this move, it's worth clarifying that a sliding tackle in itself is not foul play. However, it's highly possible that you could give away a foul by behaving "in a manner considered by the referee to be careless, reckless, or using excessive force". Here are a few examples of how that could happen:

If you act carelessly, recklessly, or with excessive force when making a sliding tackle, don't be surprised if a foul is given and a direct free kick or penalty kick is awarded as a result. One of the most certain ways you can guarantee that a foul will be given against you is by making a two-footed lunge. Tackling with two feet is considered serious foul play, and it's likely you'll not only give away a free kick but get sent off for this kind of challenge, even if you win the ball cleanly without touching an opponent.

With all this in mind, it's super important that players know how to perform a slide tackle safely and effectively. After all, you don't want to be given your marching orders as a result of a tackle. So, let's go through some tips for performing this soccer skill.

How To Slide Tackle In Soccer

Here are a few tips that will ensure you're able to perform a slide tackle efficiently, effectively, and most importantly, safely.

#1. Think about the ball's position in relation to where you are.

As you approach the ball, think about how far you will reach when you lunge in to take the ball. Will you definitely be able to make contact with it before the attacker kicks the ball further away? If not, you're in danger of fouling them or missing the ball and player altogether.

#2. Be aware of which side of the player you're making a challenge from.

If making a sliding tackle to the right, your right leg should be straight, with your left leg bent slightly behind order to achieve the right kind of momentum and ensure that you don't make a two-footed challenge, which is illegal and potentially extremely dangerous. If making a slide tackle to the left, your left leg should be straight and your right leg bent behind it.

You need to commit to your challenge, otherwise an injury is even more likely to occur. Slide tackles are all about split second decision making; in a moment, you need to decide where you're aiming to hook the ball away to, if you're attempting to knock it to a teammate, out for a throw-in or corner, or to hook it in your feet and take full possession yourself.

#4. Remain focused on the ball throughout the maneuver.

Your eyes need to be fixed firmly on the ball, to ensure that you've got any movement covered. The opponent might try to trick you with a skill or trick, but keeping your eyes on the ball will make you alert to any sudden changes, and it will help you make sure your timing is perfect.

This is crucial. You need to slide in leading with your toe, and make contact with your instep or outstep. Never use the bottom of your boots to make contact, because your studs could lead to a dangerous injury. Likewise, ensure that you only lead with one leg, and keep your other leg firmly tucked behind. 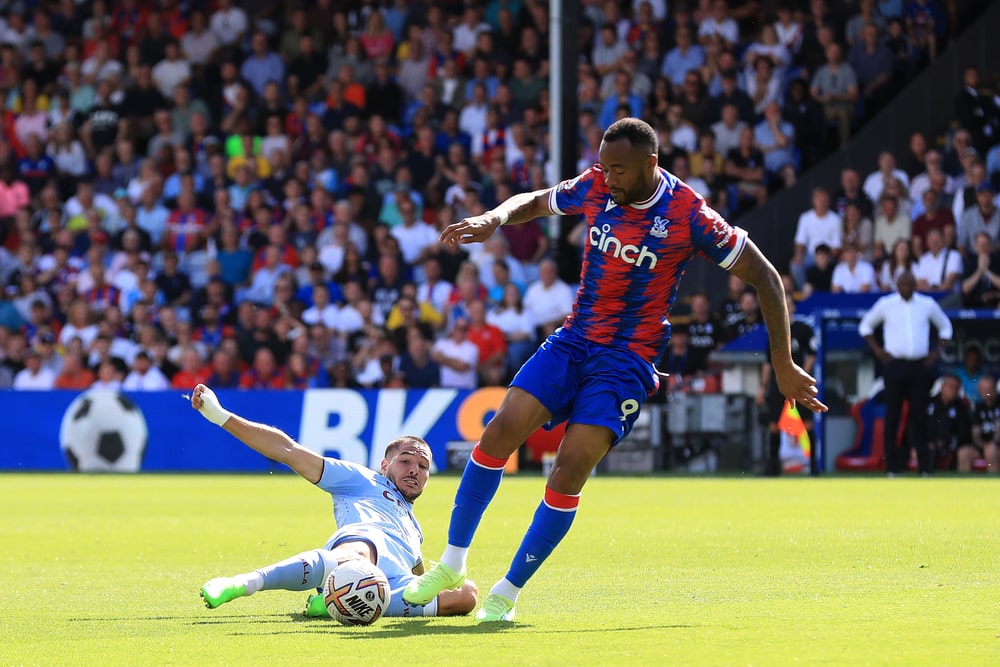 Keep these tips in mind, and you can become a master of the slide tackle. While it's not a move that is used loads in soccer, it's an essential skill for any defender, and one that you can help you overcome the most dangerous of attacking players.

Interested in finding out how to perform a variety of other soccer skills? Why not start with our guide to a much more extravagant attacking skill, the nutmeg?

Referees are much stricter than they used to be. Heavy, potentially dangerous tackles used to be a lot more common in football, but players are much more likely to stay on their feet these days. That being said, the slide tackle is still a reasonably common sight within professional football.

Association football, or soccer, is a contact sport. This means that players are allowed to touch each other on the soccer field, unlike non-contact sports such as snooker, darts, swimming, or sprinting. Check out our article on the subject here for more information.

What is a foul in soccer?

In soccer, a foul can be awarded by the referee for a number of different things. Careless, reckless, or excessively forceful tackles can result in a foul, as can handballs, offsides, vocal dissent towards the referee, examples of violent conduct, and various other instances.