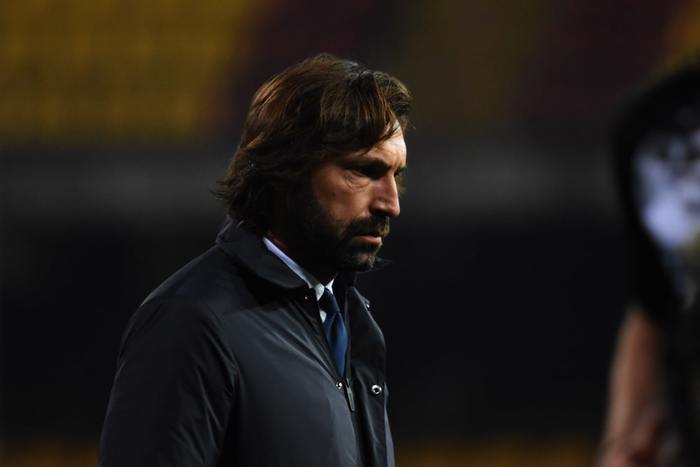 It's been a busy week behind the scenes in football. With the Premier League fixtures announced and teams across the world gearing up for a fresh new season, there have been plenty of comings and goings both in the UK and abroad. Coaches, technical directors, board members, marketing officers; there are plenty of appointments that give just a little hint of the ambitions of various professional clubs for the 2022-23 season. Read on for our weekly roundup of the key staff movements in world football.

It's no secret that Paris Saint-Germain are desperate to push on and become a major European powerhouse. Their dominance over Ligue 1 has been pretty overwhelming during the past decade, but they've been frustrated by their inability to win the Champions League, despite reaching the final in 2020, and the semi-finals in the following 2 seasons. The appointment of highly-rated Portuguese football director Luis Campos as Football Advisor could be what takes them to the next level.

The 57-year-old's CV is seriously impressive. As Sporting Director at Monaco between 2013 and 2016, Campos helped put in place the structures that led to the club's incredible 2016-17 season, in which they won Ligue 1 and reached the Champions League semi-finals. During his stint at Monaco, he was also responsible for an outstanding period of recruitment which generated huge profits for the club, overseeing the transfers of players like Radamel Falcao, João Moutinho, James Rodríguez, Fabinho, Anthony Martial, and Bernardo Silva. He then moved on to Lille; and again, his recruitment between 2017 and 2020 helped them go on to win the 2020-21 Ligue 1 title.

Being at the Parisian giants will require a new set of skills, however. PSG's new executive will be responsible for advising the president and leading football operations, taking charge of incoming and outgoing transfers, contracts, coaching appointments, and various other aspects of the club's overarching football strategy. Previously, his success has been built on developing players and selling them on for substantial profits; will he be able to transfer his talents to the next level up and transform PSG into the European giants they want to be?

Former Everton Head of Recruitment Gretar Steinsson has been appointed Technical Performance Director at Tottenham, while Rangers Head of Scouting Andy Scoulding seems likely to be brought in as Assistant. The news comes as Antonio Conte tries to shake up the North London side and put his stamp on the first team, who are gearing up for a return to the prestigious Champions League.

Steinsson will essentially serve as Managing Director of Football Fabio Paratici's right-hand man, with identifying and evaluating potential transfer targets being his primary remit. Revamping the club's recruitment structures has been one of Paratici's priorities since he came in last June, and this appointment certainly seems to stay true to that aim.

It's all change at Blackburn Rovers right now. In last week's staff roundup, we discussed the club's appointment of new Director of Football Gregg Broughton, whose first job was to bring in a new head coach. He's fulfilled his duty with the appointment of former Denmark international Jon Dahl Tomasson, who's joined on a three-year deal to succeed Tony Mowbray. It seems like a coup; Tomasson previously led Swedish side Malmo to back-to-back titles, and he reportedly turned down European football to take the Rovers job.

Another key appointment at Championship side Blackburn Rovers is the addition of Ben Rosen to the backroom team. As Performance Director, he'll work closely with Tomasson, replacing Liam Mason, who left in May to become Newcastle United's new Lead Sports Scientist. Sport science is one of Rosen's areas of expertise, too — he previously worked under Mauricio Pochettino at Southampton as Lead First Team Sport Scientist. It may take some time for Blackburn's new backroom staff to gel, but they've put together an exciting team capable of mounting a genuine Championship promotion push.

Erik Ten Hag isn't the only new face at Manchester United this summer, with plenty of reshuffling going on behind the scenes. The newest appointment sees Mark Dempsey take over the club's Under-23s side, with Paul McShane coming in as his assistant. The plan is for a 'flexible' new coaching structure in the Professional Development Phase.

Dempsey knows United well already, having been a former youth product who went on to make two senior appearances for the club. He's filling a vacancy left by Neil Wood, who moved from United's U23s to become Salford City manager in May. Alongside his new role, he's also set to lead "the core coaching teams across the whole Academy".

Highly-rated coach Justin Cochrane, who was described as "outstanding" and perhaps "the best developer in the country" by QPR Technical Director Chris Ramsey, has joined Brentford as First Team Coach. For the last year, he's been Head of Player Development and Coaching at Manchester United's Academy, but a move to a more senior role at Brentford proved hard to refuse. Previously, he led England's U15s, U16s, and U17s, as well as being Youth Development Phase Lead. With rumours circulating that Brentford are planning to reopen their academy after six years, it will be interesting to see how Cochrane impacts their youth player development.

Legendary Italian playmaker Andrea Pirlo has taken his first job since being axed by Juventus last year. For the 2022-23 campaign, he'll take charge of Turkish side Fatih Karagumruk, who finished 8th in the Turkish Süper Lig last season and will be hoping the AC Milan and Juventus legend can secure them European football. While at Juventus, Pirlo won the Coppa Italia but disappointed in Serie A and Europe, finishing 4th while dropping out of the Champions League in the Round of 16. Will he be able to redeem himself at Fatih Karagumruk?

Norwegian football coach Ronny Deila has left New York City FC to become head coach of Belgian heavyweights Standard Liege. A successful spell in the U.S. saw him lead NYCFC to MLS Cup triumph in 2021, but after a two-and-a-half-year stint, he's off to pastures new. It's been over a decade since his new Belgian side won a domestic title, so he'll be looking to make a serious impact.

A double promotion at Wolves will leave Jon Hunter-Barrett as Academy Manager and Laura Nicholls as Head of Academy Operations. The duo were initially promoted at the start of last year, but Technical Director Scott Sellars had still been the official Academy Manager. Now, though, Hunter-Barrett and Nicholls are in full control of all academy football and administration responsibilities respectively. Hunter-Barrett said of the change: “We’ve effectively been in the roles for the last 12 months and now it’s official, internally and externally."

In women's football news, NWSL club KC Current have announced the appointment of Maggie Walters Foltz as its General Counsel. An executive with lots of experience providing legal support and guidance within sports, Walters Foltz has made the move from Kroenke Sports & Entertainment (KSE), where she worked as Assistant General Counsel. "Maggie is an incredible addition to this team," said team president Allison Howard. "She has an excellent track record across many different sports teams and leagues."

Our final staff move of the week involves a jump to Germany. Johanes Struckmeier and Rolf Haselhorst have been elected to the supervisory board of FC Schalke 04, who were promoted back to the top flight of German football in May. In the boardroom reshuffle at the Bundesliga club, Alex Hefer remained in his position as chairman of the supervisory board.