Understanding the role of Sporting Director 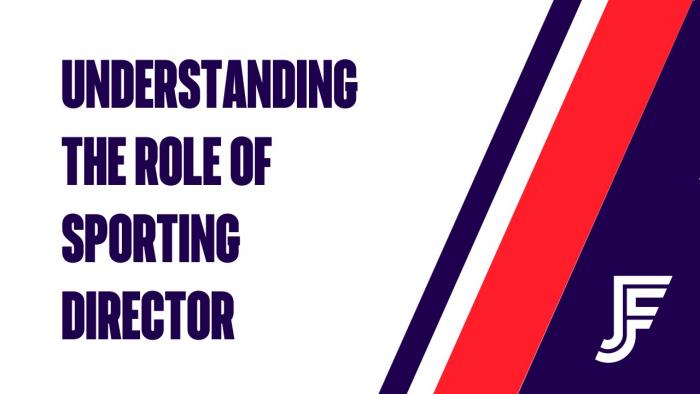 The Football industry has become a hyper-inflated business with astronomical amounts of money involved. In the newspapers, we can read about Centre Backs being sold for £80 million, or teenagers being purchased for £195 million. With the growing financial risks within football business, such as transfers of players, more and more clubs have decided to hire a Sporting Director.

Here, UCFB Student, Anders Mastrup, gives us a brief introduction to the somewhat vague role that is the Sporting Director. What does a Sporting Director do? What are the main responsibilities? And do we need them?

So what is a Sporting Director?

Although there is not an academic definition of a Sporting Director, one can broadly define it as a senior executive with a sport specific management remit. The Sporting directors’ responsibilities might vary depending on several different factors such as; What country they work in, what league/level they operate in, and what type of club they are hired in. In Germany and Italy where Sporting Directors has existed for quite a while, the Sporting Director role might be more defined and clearer than perhaps in England where many clubs do not have a tradition of having a Sporting director, before now.

Although the responsibilities might vary, here are some typical key priorities for a Sporting Director:

-      Support the Manager and the First Team

-      Have a good relationship with the owner (and every other employee)

-      Create, implement, and oversee a clear playing philosophy across all teams. The academy teams will often have the same playing style as the first team

-      Make sure academy players and teams have the necessary tools for maximum development.

Why hire a Sporting Director?

With the growing financial risk in the transfer market, the majority of premier league clubs have now hired a Sporting Director (or equivalent) to make the success rate of transfer as high as possible. The recent need for a Sporting Director might be justified by what the experts call “demand-pull inflation” which the football industry is now experiencing. Briefly explained, this is the scenario where there is an increase in the supply of resources (money……mostly tv-money) while the supply of goods stays the same (players). Clubs get more transfer funds, while the number of world-class players available to buy stays constant. Consequently, the prices for players go through the roof. Hiring a Sporting Director with, for instance, business background and football knowledge might be ideal to minimize the financial risks associated with sporting decisions. Which is exactly what the majority of Premier League clubs have been doing in the last few years.

It is also a method of ensuring continuity at a club. Managers in the Premier League last 14 months on average, and new managers will often bring in new staff and new players to fit their football philosophy. This can consequently lead to a squad overhaul that will of course have significant financial ramifications. It is therefore important that clubs have their long-term philosophy established regardless of who is the manager, something that can be solved by hiring a sporting director with a clear on and off-pitch strategy. This way, the club will hire managers, staff and players to fit their philosophy and not the other way around. With a Sporting Director, there is ultimately one person with the responsibility of player-logistics although they will, of course, cooperate with the CEO and the manager. The Sporting Director can also fill the gap in knowledge between the Owner, CEO, and manager, and will often function as a link between these business executives and football experts, with the effectiveness of communication between different departments and positions being improved.

A good Sporting Director will, in my opinion, improve not only the sporting success but also the financial success of any club who chooses to hire one. A position which can focus on player-logistics seems to me like a “no-brainer” in a market where players can get sold for hundreds of millions of pounds. The role does seem vague to many, and with good reason. The Sporting Director is not a traditional role with a clear and defined job description and varies depending on the factors mentioned in this article, however they are proving to be a near mandatory addition to a clubs organizational setup to ensure sustainability and success both on and off the pitch.

Anders is a third-year student at UCFB Wembley, Studying a BA in International football business. He has previously completed work experience with Sports Management companies, London FA, Mjøndalen IF, and Hallingdal FK. Anders´ interests include football governance,  club governance, Sporting Directors in football, sponsorship in football, player-logistics in football clubs, scouting and analysis. Currently seeking work experience in the football industry, with a focus on building his professional network for the future.