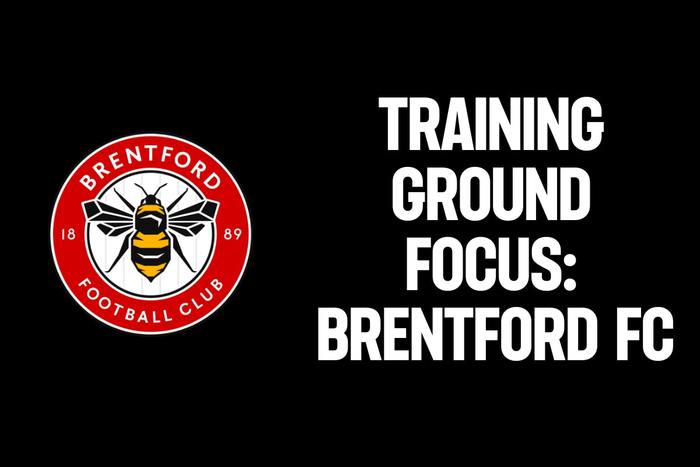 The rise of Brentford FC in recent years is proof that the implementation of bold ideas, clever recruitment policies, and a clear club-wide strategy can lead to extraordinary results in football. The West London side has one of the smallest budgets in the Premier League, but since they were promoted to England's top division via the Championship play-offs in May 2021, they've been seriously impressive. They opened their 2021-22 campaign with a win against Arsenal, eventually finishing comfortably mid-table, before achieving their greatest Premier League triumph with a 4-0 thumping of Manchester United earlier this season.

But with Brentford, these kinds of standout results are just the tip of the iceberg. A huge amount of innovative work goes on behind the scenes to prepare each player for match day. In fact, the Bees are pioneers in many ways; earlier this year, we covered their highly effective use of dedicated set piece coaching, an aspect of their training routine which has led to them having a higher Expected Goals count from throw-ins than any other team. Elsewhere, they have led the way in the hiring of unusual dedicated coaches, from sleep coaches to ball-striking specialists, all brought into the club for the purpose of helping enact those marginal gains that can help elevate the status of the club. 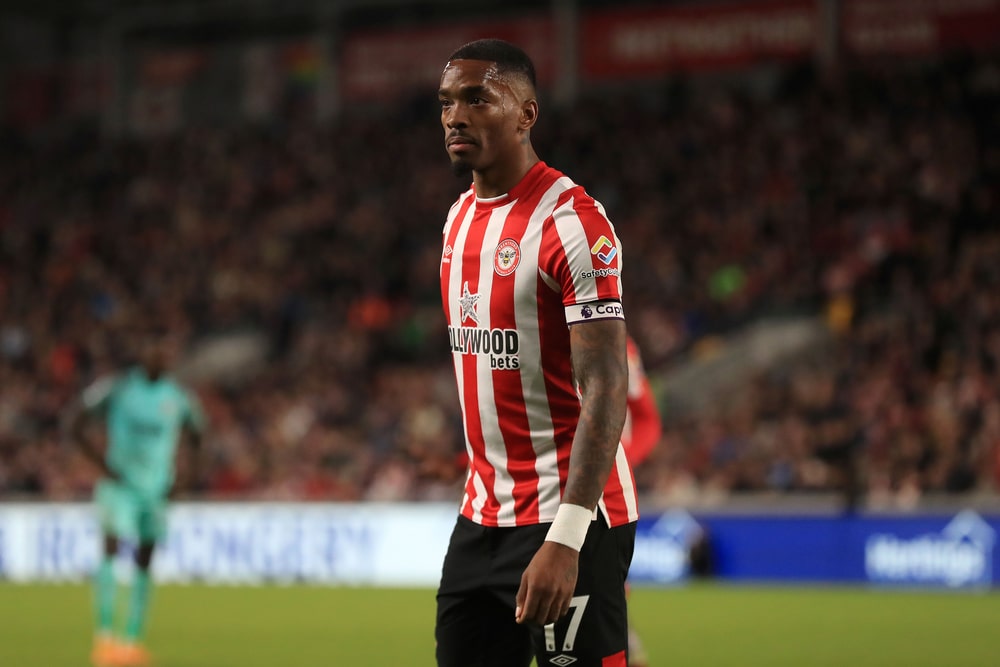 What is the name of the Brentford Training Ground?

A lot of change has taken place at Brentford in recent years. Not only have they risen from League One to the Premier League and developed top talents such as Ivan Toney, Ollie Watkins and Said Benrahma, they've also moved from their old ground at Griffin Park to a brand-new 17,000-capacity stadium down the road, called the Brentford Community Stadium. And this sense of upheaval has been reflected by the work going on in the background.

In order to continue the club's evolution and push on for higher Premier League finishes and potential European qualification in the future, the West London club has committed to serious investment in their training facilities. For a number of years, Jersey Road in Osterley, Isleworth has been their base of operations, but the facilities currently on offer at the site have been deemed not good enough. A statement issued in December 2021 announced "Having achieved promotion to the Premier League the existing planning consent is no longer fit for purpose. Therefore, our aim is to deliver a training ground that is fit for a Premier League Club." So what's the plan?

The Jersey Road Training Ground remains Brentford's long-term home, with a renewed 20-year lease signed in February 2020 confirming this. However, in order to complete essential redevelopment work that will bring the ground into the 21st century and rubberstamp Brentford's status within the upper echelons of English football, a temporary site is needed. That's where the new Brentford training ground comes in.

The new temporary Brentford training ground is called the Robert Rowan Performance Centre. Named in honour of their former Technical Director Robert Rowan, who tragically died of heart failure in November 2018 aged just 28, the performance centre is situated on the opposite side of the current training base at 100 Jersey Road in Osterley, so no big move is required. The new centre is set to be in operation for up to five years, after which a permanent state-of-the-art facility will be completed in the current training ground site. This site will keep the name, honouring a man who according to Brentford Chair Cliff Brown "made a big impact on Brentford… This will be a lasting legacy for Robert."

Opened in November, the fresh new training base is set to play a crucial role in Brentford's ongoing strives forward. So what will the new site look like?

How has the Brentford Training Ground been improved in recent years?

The new facility, while temporary, represents a serious improvement on their current base. Last year, The Athletic reported that the site basically amounted to "a few old pitches surrounded by portacabins, some of which are in a poor condition". The site has 47 acres available in total, but currently, a large amount of this space is untamed scrubland, which is due to be developed as part of the ongoing work.

According to the Brentford site, the Jersey Road vision centres on "enabling the Club to continue to develop its plans for a state-of-the-art new permanent performance centre in the future". However, that's not to say that the Jersey Road site that's currently being redeveloped has been left untouched for the last few years. As the Bees have progressed up the leagues, improvements have been made to their long-term training ground that have aided the team's on-pitch efforts.

New Portakabins were installed earlier this year to provide 3,200 sqm of floor space for offices, changing rooms and medical treatments rooms over a two-storey building. A hydrotherapy suite, a cryotherapy unit and a plunge pool are said to be included within the new bespoke building. In the years preceding the decision to fully revamp the site on Jersey Road, ongoing work included the gradual addition of different portacabin buildings, office spaces, and medical facilities. However, the club is clear that these ad-hoc improvements have not been sufficient. Now, things are changing properly — but more on that shortly.

The Brentford FC squad has trained at Jersey Road for 16 years. Situated at 100 Jersey Road in Osterley near Heathrow Airport, the site is just over three miles from the club's home ground, the Brentford Community Stadium. This makes it one of the most conveniently-located training centres in the Premier League, with some training grounds sat miles and miles away in remote countryside spots (like Chelsea's Cobham centre, for instance). Perhaps as a result of this, the site only takes up 47 acres, which is smaller than the training centres of some other top-level clubs such as Chelsea and Arsenal, who both train on sites of around 140 acres. In addition, as previously mentioned, much of that land is not being used currently. Taking advantage of that space is a crucial aspect of the club's redevelopment plans. 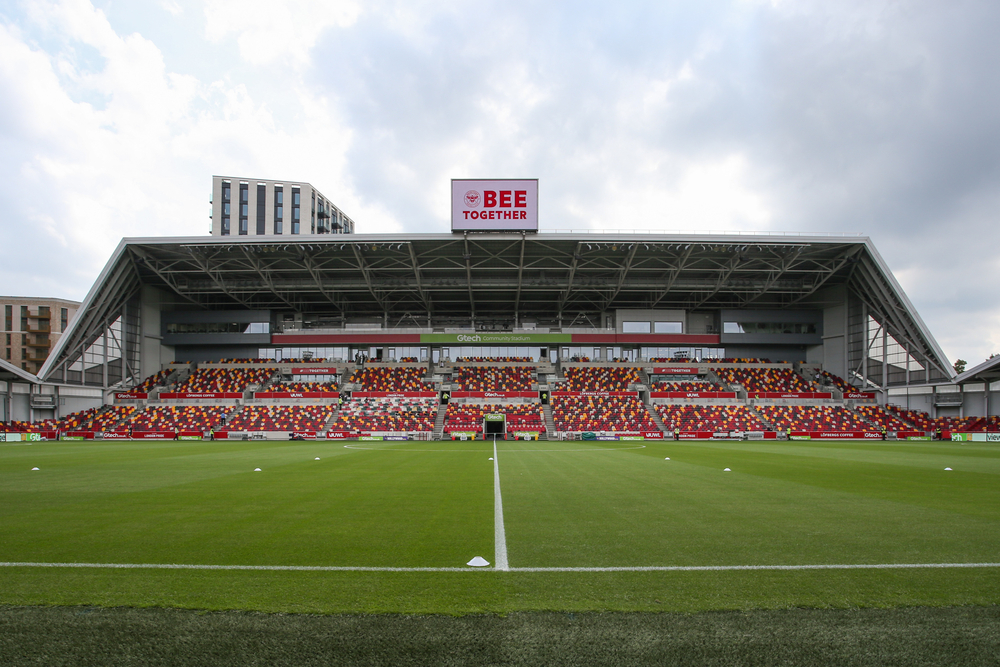 Currently, there are five full-size pitches at the Jersey Road centre. These pitches are all outdoor grass pitches, with no indoor provisions. There is, however, a sports club pavilion that's part of the original site, as well as a series of single-storey prefabricated buildings, some of which are in poor repair. The training ground's car park accommodates 70 cars, and there's extra overspill space for visitors. With the focus understandably on the exciting redevelopment plans currently being enacted by the club, publicly available information about other details of the current facilities is relatively limited. Safe to say, though, there is serious room for improvement.

How does the Brentford Training Ground compare to other training centres at the same level?

Prior to the opening of the new Robert Rowan Performance Buliding, Brentford's training ground was almost certainly one of the lowest-quality training centres in the Premier League. The club has been open about its shortcomings, and given how unexpected (for many) their ascent to England's top division was, it's hardly surprising that it's taking some time for Brentford's training facilities to match up to the level they're playing at.

The disrepair noted in regard to the prefabricated buildings on site, the relatively small size of the training area in comparison with other clubs, and the lack of state-of-the-art medical or treatment facilities, means large parts of the Jersey Road centre are sub-standard considering the level at which Brentford are competing. However, this won't be the case for long.

With the base of operations now moved to the Robert Rowan Performance Centre, a high-quality facility designed to host First Team activities for up to five years, Brentford's stars have access to an impressive main building. Add to that the improvements planned for the coming seasons, including extra pitches and low-carbon, innovatively-designed new changing rooms, office spaces, and treatment areas, and Brentford look as though their training ground will be of a high Premier League standard within the next five years. Let's spend some time discussing the planned improvements in more detail.

According to the club, the plan is to "demolish the outdated pavilion and temporary buildings and replace them with a new high-quality performance centre for the first team, B team and women's team which will help to create an environment that promotes success and inspires the staff". Player performance, recovery, treatment and rehabilitation will all be central to the work completed within the new Performance Centre.

Brentford plan on doubling the number of full-sized pitches from five to 10, a move that will allow more training sessions to take place. One of these new pitches will be a covered one, and one will be a synthetic, floodlit pitch that can be used all year round, whatever the weather. On top of these full-size pitches, there will also be two seven-a-side pitches, plus a nine-a-side pitch and five half-pitches dedicated purely to goalkeeper training.

One of the biggest surprises seen in the new plans is the intended creation of a Category A academy. Brentford controversially scrapped its academy in 2016, closing it down in order to set up a B-team model instead. This decision caused the club to drop out of the FA's Elite Player Performance Plan, but the thinking behind the move made sense; the club argued that their academy wasn't cost-efficient and that their best home-grown players kept being poached by larger clubs. The fact that since the B-team model was introduced they've used it to produce First Team players such as Chris Mepham and Marcus Forss is a testament to the ingenuity of the idea. However, never a club to sit still, Brentford's new training ground vision includes plans to reopen their academy. The main reason for this change of heart is because a Premier League change stipulates that by the start of the 2024/25 season all clubs competing in the top flight must have a Category Three level academy or higher, while UEFA rules dictate that all clubs competing in European competition must have an operational academy.

Another addition will be the inclusion of extra parking space to ensure that players, staff, and visitors don't have to park on local roads when visiting the training ground. Although despite this consideration for motor vehicles, the ground is also being redeveloped with the environment in mind. In fact, the club aims to deliver the first-ever Zero Carbon Premier League training ground facility. They aim to achieve this feat by using low embodied-carbon materials in construction, installing electric vehicle charging stations, utilising a waste hot water and heat capture exchange system, and retaining scrub and vegetation to help support local wildlife populations.

In other words, Brentford have big plans. The redeveloped Jersey Road site will bring the club's training centre in line with their ambitions of top Premier League football and even European qualification. On which note… interested in finding out about arguably the most impressive modern training grounds in the country? Check out our article on the Leicester City FC Training Ground, a spectacular site purpose-built for a club with big ambitions.