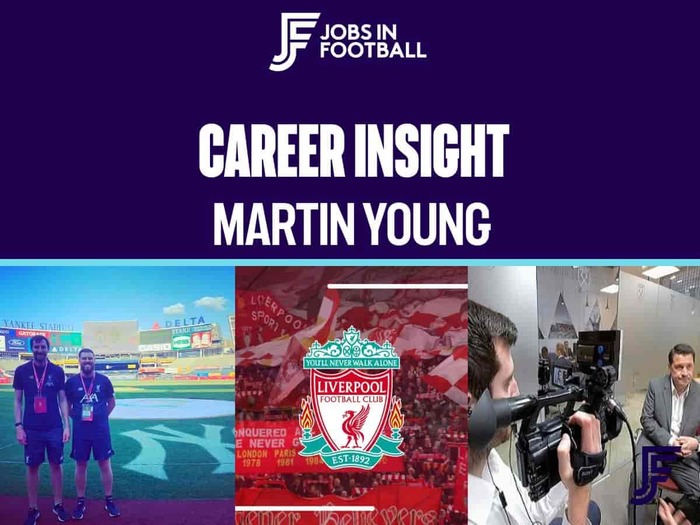 Martin Young: From Non-League Volunteer to working at Liverpool FC

Martin Young is a VT Editor at Liverpool Football Club. Having studied Sports Journalism at the University of Central Lancashire and building up a strong CV of work experience and full-times roles, Martin talks to Sascha about his career to date, including his time as a Multimedia Assistant at West Ham United.

Martin details the highs and lows of working in the football industry and gives his advice to those who hope to pursue a career in Football Media. Martin is one of many Football industry professionals who started their Football career as a volunteer, and he has then progressed through the ranks to find himself at the reigning Premier League champions.

How did you start working in football?

It was through my university course, in which I studied Sports Journalism.

Most of the students were fans of football and therefore said they wanted to work in football too. At first, I was quite open-minded with what sport I wanted to work in. I had an interest in Rugby Union and Rugby League and I also worked in Rugby League whilst I was at university. I knew it would be best to work on a mix of sports and then channel it into one area after I graduated, which turned out to be football for me anyway!

My first work experience was at Burscough (F.C), as the Non-League Paper needed a reporter to cover their games. That experience ended up turning into my year’s placement as part of one of my degree modules at university, which in turn, led me to working at Accrington Stanley (Media Assistant).

Were you always interested in working in the Media side of football?

Yes, it was always Media. Sports’ commentary was the original aspiration as a child but as I got older it got a lot harder to try and achieve, especially as it was difficult to start freelance work directly after university - I didn’t have the contacts.

I was advised by my lead lecturer to ‘get stuck in’ full-time somewhere and then look at whether I could build-up to freelance. It was good advice as I started working at West Ham United (Multimedia Assistant) shortly after.

The biggest difficulty at this present time is being on top of my work. For example, today is supposed to be my day off but I have had to be in correspondence with my colleagues. I am trying to download some footage whilst I am talking to you!

I have to be a day or two in advance with downloading footage. This particular piece is going to take 4 hours to download, so I am doing it now as I can’t really afford to spend 4 hours doing it tomorrow when I am back in the office. So, with that said, managing my time and being organised in terms of my planning and preparation is difficult. There are times I am planning weeks in advance, depending on the project.

Separately, it is difficult to be patient at times too!

In general, outside of my current role but within Media still, I enjoyed being in and around the team (playing squad) and building a relationship with them over time – we could then work together to make the content better. It may sound nosey but I like to be in the know!

It is also nice to be around that environment when good things happen. Being in those big moments is quite cool. I am more office based in my current role so I do miss those opportunities. Although, in my current role, I would say the most enjoyable part is having the opportunity to work with top Editors, Videographers, Producers etc. Working with professionals is always nice. 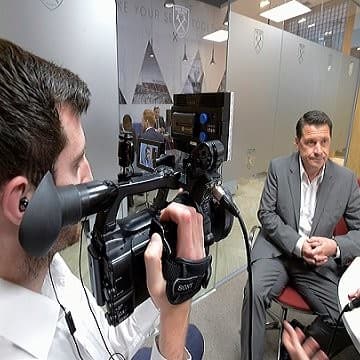 What has been your football career highlight?

Going to stadiums, towns and cities that I hadn’t been to before was always fun; I liked the travel aspect of the job. The first away game I worked at was Manchester City, in what was then the Capital One Cup. It was the first leg of the semi-final and I was very much a ‘duck out of water’. The media team that travelled to away games was always a lot smaller than the team at the home games.

There was also the Europa League campaign at West Ham United - as brief as it was. Slaven Bilic had just signed and then we got to travel to Malta and Romania – it was an ace summer!

In terms of my role now, I edited a documentary about the Bob Paisley statue that was created for the stadium. I have edited a few documentaries but this particular one was fun; it was one that I contributed to from a creative stance and when I can look at a piece of my work and say ‘Yeah, I did alright there’, then that’s nice.

Also, in the summer of 2019, I was part of the media team that went on the pre-season tour; we went to the US (South Bend, Boston and New York). A space on the media team opened up after somebody had dropped out and a couple of senior colleagues recommended that I be the person to go, as a thanks for the initiative I had shown in carrying out extra filming. This was the first time I was part of a media team on a pre-season tour so I was nervous, like a child on his first day of school. I travelled with another of the TV editors and between us and the website editors, we dealt with all the content that was coming in from matches, training, interviews, features etc. and then either editing it onsite in the States, or sending it back to Liverpool to be edited in the office. 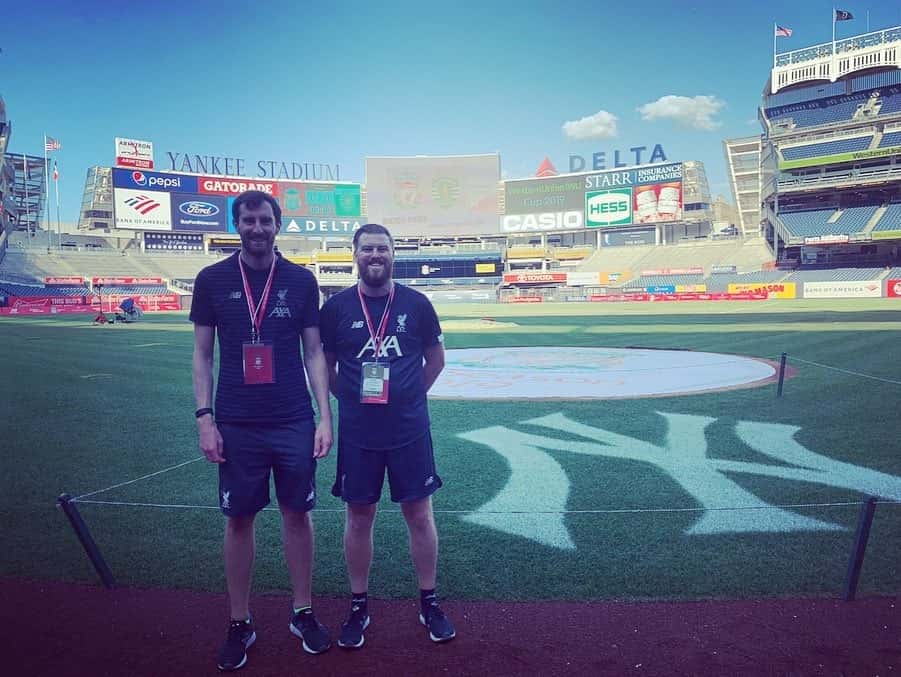 What challenges have you had to overcome in order to be successful in your role?

The speed in which we have to complete the work is a challenge - you have to hit targets quickly. Making deadlines is really tricky, especially if it is a live show, so you have to make sure you are on top of everything you need to do.

It can also be challenging to try and do something ‘different’ with a creative piece because of the time pressure. I try to work in cycles with what I use on the software - to break it up a little. Trying to develop my creativity as a professional, with the time I have, I can sometimes find it quite frustrating – sometimes you have to sacrifice creativity for time.

Are there any courses you would recommend?

Apprenticeships can be a good idea – not everybody feels that university is the right path for them. Although, in my experience, I can say that the Sports Journalism degree I studied at Central Lancashire is one to go for.

I also think that work experience is important. In terms of working within Media, you can’t just sit through three years of university and think there will be a job for you. You have to spend your evenings writing match reports, having early starts filming training somewhere, or travelling from one end of the country to the other to cover a match.

Journalism and Media are constantly changing – it isn’t just print anymore – so any media course is a good starting point. I studied a media course at college and would recommend to go ‘general’ to start with (i.e. study a broad range of topics) and then once you know what area of media you want to pursue, look to focus on that area in higher education.

Get ready for some hard work and be prepared to sacrifice some of your social life!

Remember that nothing stands still – technology changes, football changes – so your role will forever be changing with it. I see it as ‘every day is a school day’.

Finally, be confident. The Sports Journalism course I studied helped me build my confidence, as did my experience at West Ham United. I had just finished university and went into a team with strong characters and unfamiliar software to use, so I just got on with the work and built my confidence from there. By the time I had left West Ham United, I had come out of my shell.

I would like to move back in to producing. I originally looked at Producer jobs but I ended up in the Videographer/Multimedia roles, where you do have some producing leadership but it’s not a specific producer role.

I have elements of producing in my role now but primarily, I am an Editor. I’ll be honest, I haven’t missed filming in the rain but having the access to do more than just edit footage would be a nice career development. 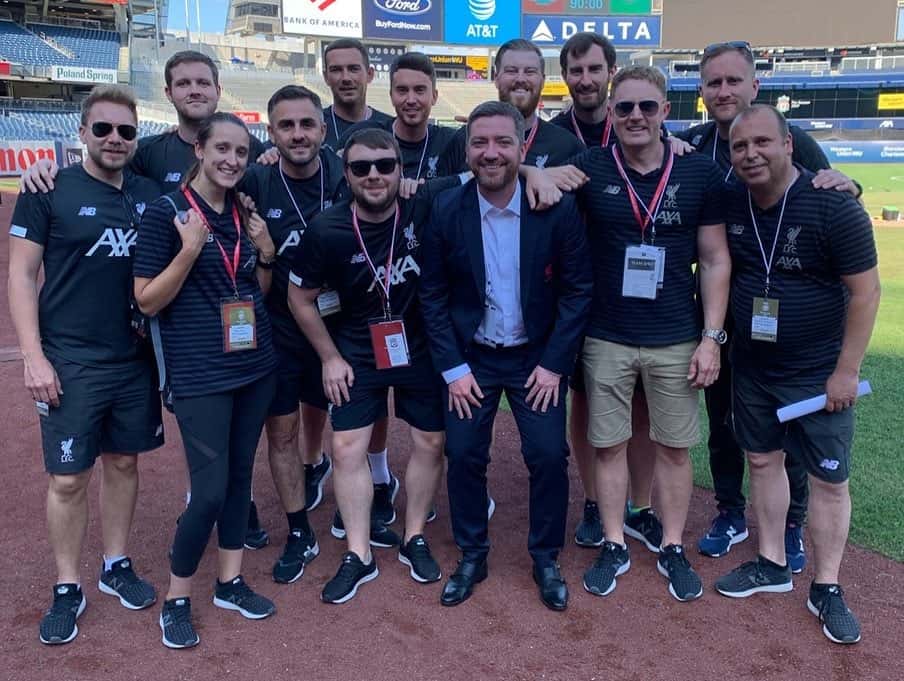